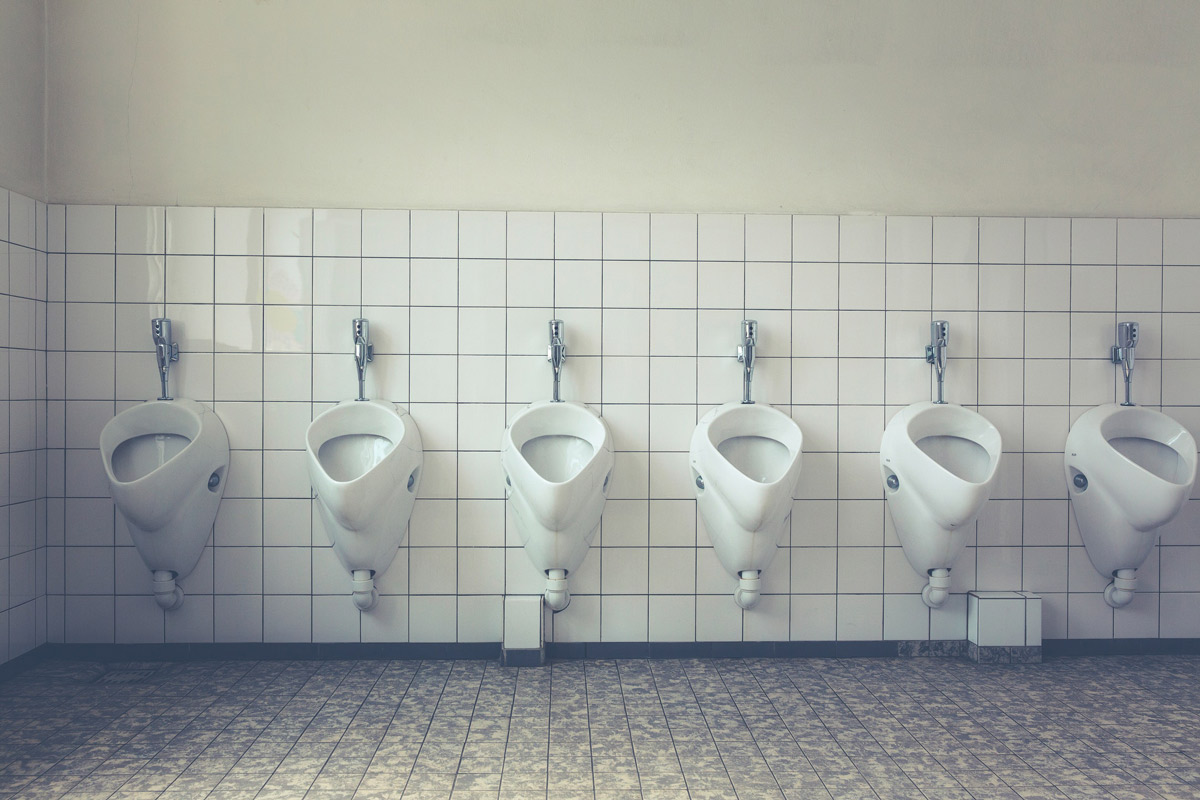 In a new study presented by a group of investigators at the European Association of Urology annual congress in Amsterdam, researchers have trained an artificial intelligence algorithm to listen to patients while they pee in order to identify abnormal flows.

The deep learning tool, called Audioflow, performed almost as well as a specialist machine used in clinics and achieved similar results to urology doctors in assessing urinary flow. Though the current study focuses on sound created by urine in a soundproof environment, the goal is to create an app that would allow patients to monitor themselves at home.

As stated in the press release for the promising new technology, “lower urinary tract symptoms, problems related to the working of the bladder and the urethra, are common and affect an estimated 60 per cent of men and 57 per cent of women.”

Meanwhile, uroflowmetry—which measures the flow rate, speed and duration it takes for urine to be released from the body—is a tool used to assess patients with urinary problems, such as an enlarged prostate in men. But until now, patients had to urinate into a funnel connected to the uroflowmeter which records information about flow during outpatient visits.

Once a patient is finished urinating, the machine automatically creates a report for a consultant to review. This means that during the COVID-19 outbreak for example, as access to clinics was restricted, patients could not attend, and when possible, people had to queue to use a single machine.

Led by urologist Doctor Lee Han Jie, medical specialists collaborated with hospital engineers to develop an algorithm that could detect urology abnormalities. The team recruited 534 male participants between December 2017 and July 2019 to train and validate the algorithm.

For this first wave of research, they focused on male urinary flow as it is different to that of women and would require a separate group of volunteers. Participants used the uroflowmetry machine in a soundproof room and recorded their urination using a smartphone.

Using 220 of the recordings, the AI learned to calculate flow rate, volume and time. These measurements were then used to indicate if there was an obstruction or if the bladder wasn’t working well. Results were compared to a conventional uroflowmetry machine as well as against six urology trainee doctors, who individually graded the dataset.

On these findings, Doctor Lee said, “There is a trend towards using machine learning in many fields, because clinicians do not have a lot of time. At the same time, particularly since the pandemic, there is a shift towards telemedicine and less hospital-based care.”

“We were keen to develop a way to monitor our patients to see how they are doing between hospital visits,” he added, continuing, “Our AI can outperform some non-experts and comes close to senior consultants. But the real benefit is having the equivalent of a consultant in the bathroom with you, every time you go.”

The team of researchers is now working towards the algorithm being able to work when there is background noise in a normal home environment, which will make a real difference for patients. Audioflow will now be rolled out as a smartphone app via primary care physicians so it can be tested in the real world and learn from different datasets in different noise environments. 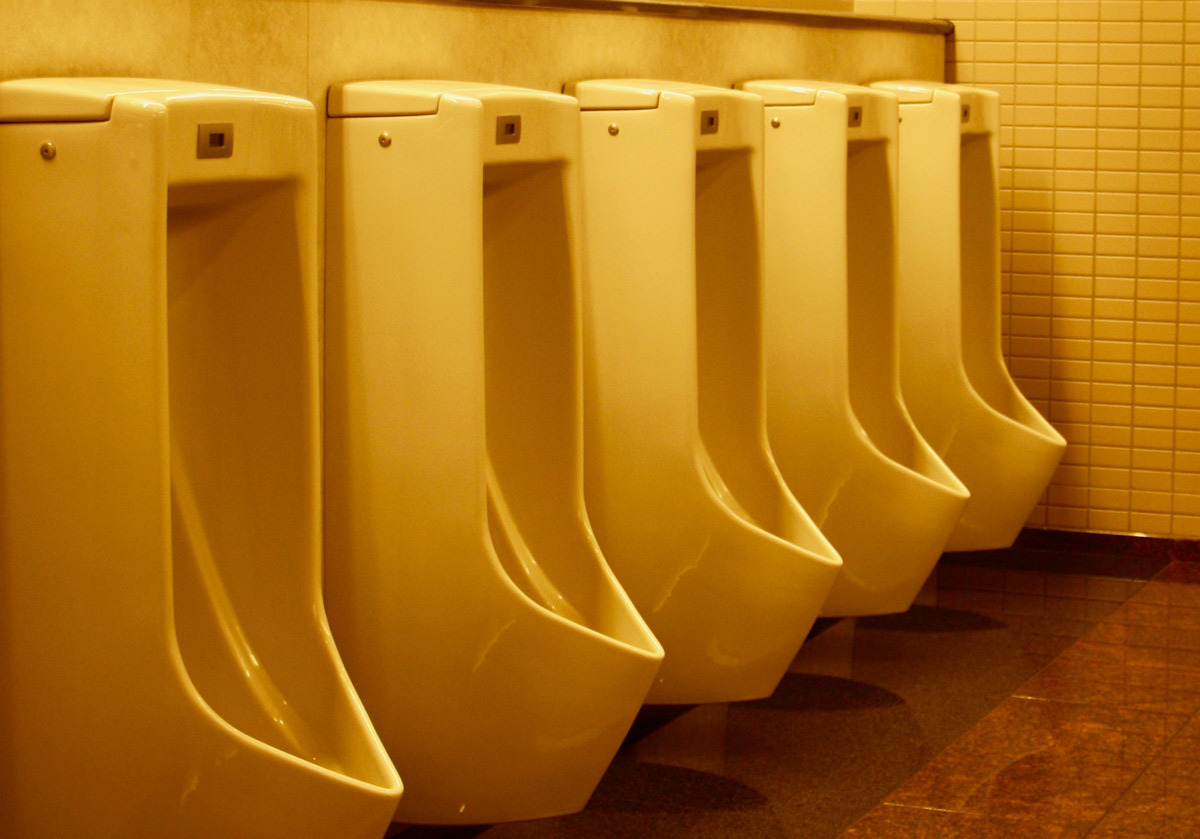 Introducing peecycling: how human urine could be the sustainable answer to healthier crops

According to researchers, using human urine—also known as ‘peecycling’—could be the answer to the world’s chemical fertiliser woes.

The OCAPI research programme in France has been looking into the use of pee as a fertiliser, and Fabien Esculier, a researcher on the project, told Euronews that given how human urine is very nutrient-rich (containing nitrogen, phosphorus and potassium), it is a great alternative to chemical fertilisers. Esculier went on to state that it is also a lot less polluting than its chemical counterparts, as they contain ammonia.

This is groundbreaking, considering the shortage in fertilisers that has occurred due to the ongoing war in Ukraine. Analysts at Rabobank have said that Russia exports 20 per cent of the world’s nitrogen fertilisers, while Belarus is responsible for 40 per cent of the world’s potassium. Combined with the sanctions placed on Russia, farmers around the world have had their supply cut off.

Luckily, a non-profit organisation based in Vermont, called the Rich Earth Institute, has been investigating and developing alternative waste management solutions for decades—and already has its own dedicated peecycling initiative. The institute has established a research division that primarily studies how urine can be used to grow and fertilise plants, and even rents out urine collecting portable toilets for public events.

As a sustainable form of fertilisation, the organisation has been doing its own research into the effects of pharmaceuticals in human urine, and whether it negatively affects plant growth. In a study conducted between 2014 and 2022, researchers used different levels of medicine in pee and applied it to crops. They discovered that even though there were some traces of pharmaceuticals in the yield, the levels found were pretty negligible.

Abraham Noe-Hays, a co-founder of the institute, said in a video produced by the University of Michigan on peecycling that using urine instead of chemical fertilisers is far better as it is sustainably produced. “There’s no doubt that urine can be a safe fertiliser for growing any kind of crop,” he explained. So, are you ready to peecycle with a climate crisis looming over our head?