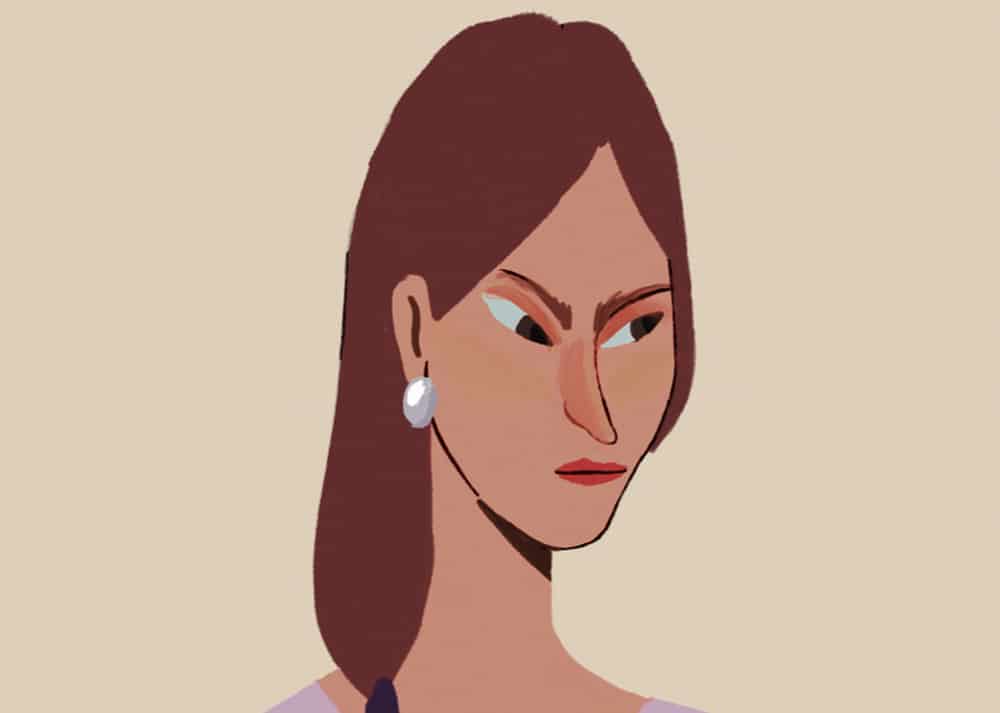 The Consumer Electronics Show (CES), an international trade show for consumer tech and innovation held in Las Vegas once a year, has always served as a proving ground for many innovators and new products. However, last year, it also made headlines for taking back the CES Innovation Award in Robotics from the female sex toys company Lora DiCarlo. CES later reinstated the award after Lora DiCarlo’s founder Lora Haddock DiCarlo vocalised the gender-based discrimination she experienced—with the story going viral across the media. Shortly after, DiCarlo helped re-write the rules to create a safer and more inclusive environment at CES.

This year’s CES started on Monday, 6 January and will finish on Friday. On Tuesday, a specific keynote called ‘The path to the future of work” made waves even before its beginning. Why? Gary Shapiro, CEO of the Consumer Technology Association, had, for some reason, invited Ivanka Trump to join him on stage for a “fireside” chat.

When it was announced that President Trump’s daughter will speak at CES 2020, many wondered why she was invited in the first place. Among them was Lora DiCarlo, who posted an open letter to the tech community questioning why Ivanka Trump was chosen as a speaker and asking for input on who they would like to see take on the prestigious keynote talk next year.

So why exactly did Ivanka Trump speak at CES 2020, and what did she have to share? Is it possible that Ivanka Trump’s appearance at CES was requested by the White House? Shapiro refused to speak about it in an interview with the BBC, but it should be remembered that Ms Trump didn’t come only as the President’s daughter—she came as the advisor to the President of the US, and as co-chair of two governmental advisory boards, including the National Council for the American Worker.

So what did Ms Trump talk about? Despite controversy surrounding her invitation, she managed to get more than a few words in, unlike what happened at the G20 meeting with President Macron, the then UK PM Theresa May and Canadian PM Justin Trudeau this summer, which resulted in a trending #unwantedIvanka.

Ms Trump’s main point was that Americans’ CV data should be stored and updated on their phones as a way to make applying for jobs easier. “Why can’t you have your high school degree verified and on your phone, so an employer doesn’t need to call your high school?” she asked Shapiro. The highly anticipated talk was, to say the least, quite boring—some attendees even said it lacked “drama.”

Screen Shot spoke to Lora Haddock DiCarlo about Ms Trump’s invitation to CES, how it didn’t correlate with last year’s reaction to her product Osé and DiCarlo’s open letter. “I published a letter asking this very question. Why [was Ivanka Trump invited]? I genuinely am curious,” said DiCarlo. When asked about the tech industry’s reaction to her invitation, DiCarlo responded that, “We are still gathering feedback and hope to have a better idea of what the community thinks by the end of the week.”

This year, DiCarlo returned to CES 2020 with a two-part product similar to 2019’s Osé. Baci and Onda, the latest innovations from the brand, were unveiled on the first day of the event and each received the highly-coveted CES Honoree Innovation Award. This marked a major shift from the company’s ban from CES 2019 and proved that DiCarlo’s work from last year resulted in real change. “We became change agents, initiating a critical public conversation about gender equity and creating a safer and more inclusive environment for all CES attendees,” stated DiCarlo.

And yet, CES still seems to stay on the fence when it comes to change. On the one hand, the previously banned sex toys company Lora DiCarlo became one of the biggest winners of this year’s event. But on the other hand, Ivanka Trump was invited for an hour-long keynote, while there are numerous other women with more expertise in the field who are fighting for real change.

When asked about which women she would have picked instead of Ms Trump, DiCarlo said she would have loved to see advertising consultant and founder of the IfWeRanTheWorld and MakeLoveNotPorn companies, Cindy Gallop. Well, who knows, maybe next year? Or maybe for CES 2021 we’ll witness Gary Shapiro having a little chat with Donald Trump himself. 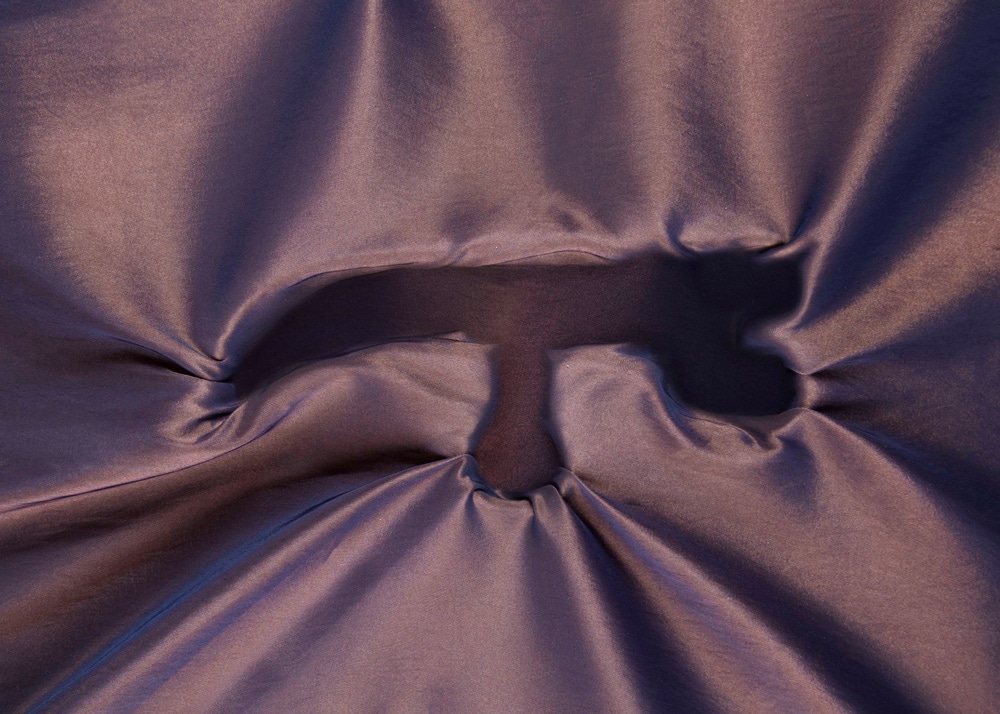 An innovative female sex toy was banned from CES, what does this mean?

Last week, the Consumer Electronics Show (CES), the international trade show for consumer tech and innovation made headlines not only for the futuristic gadgets it showcased but for possibly facing allegations of gender-bias after it had banned a female sex toy from exhibiting in the show, even though the toy in question had won an ‘honouree’ award for its breakthrough design and innovation.

The smoothly curved grey Osé “is the only product designed for hands-free blended orgasms.” Describes the female-led company Lora Dicarlo, founded by Lora Haddock in 2017 with the mission of launching new physiologically appropriate women’s health and wellness products. In the product description, Lora Dicarlo boasts the intricate engineering work behind the toy, which uses what it refers to as advanced micro-robotics that “mimics all of the sensations of a human mouth, tongue, and fingers, for an experience that feels just like a real partner.”

A month after the announcement of Osé’s award in the Robotics and Drone category it was withdrawn by the CES’ organiser, the Consumer Technology Associates (CTA), claiming that it was selected by mistake, adding that the device was ‘immoral’, ‘obscene’ and simply does not fit within the specific category or, in fact, in any other categories of the trade show. In response, Haddock published an open letter on Lora Dicarlo’s website where she writes that “Two robotic vacuum cleaners, one robotic skateboard, four children’s toys, one shopping companion robot – looks like all of women’s interests are covered, right?”

Now it’s crucial to note that what the CTA regards as immoral and obscene isn’t at all sex-oriented tech, but female-oriented sex tech. Just last year, CES made headlines when it showcased Abyss Creations’ debut of its second RealDoll AI-sex doll called Harmony. Equipped with a shimmering blonde wig, soft pale skin, makeup and of course, a revealing cleavage of her perfectly perky breasts, Harmony is but a modular robotic head that can be fitted on a variety of robotic bodies, all customisable to the male consumers’ desire.

Needless to say, the Osé was in no way out of place for its sexually-oriented technology. No. The Osé was simply out of place for the gender it caters to. On the one hand, we are witnessing a rise in sex-oriented technology and particularly a growth in fem-sex tech that tries to empower women through both sex education and pleasure. Yet on the other hand, when a tech fair such as CES fails to include and support products like Osé, it feels like that even in the forward-looking world of tech (or at least what is considered as such), there are still frictions that led to huge steps back in the quest for equality and female empowerment. We should only hope that it was the decision of a rather frustrated man sitting in the CTA boardroom which led to this otherwise unacceptable exclusion.