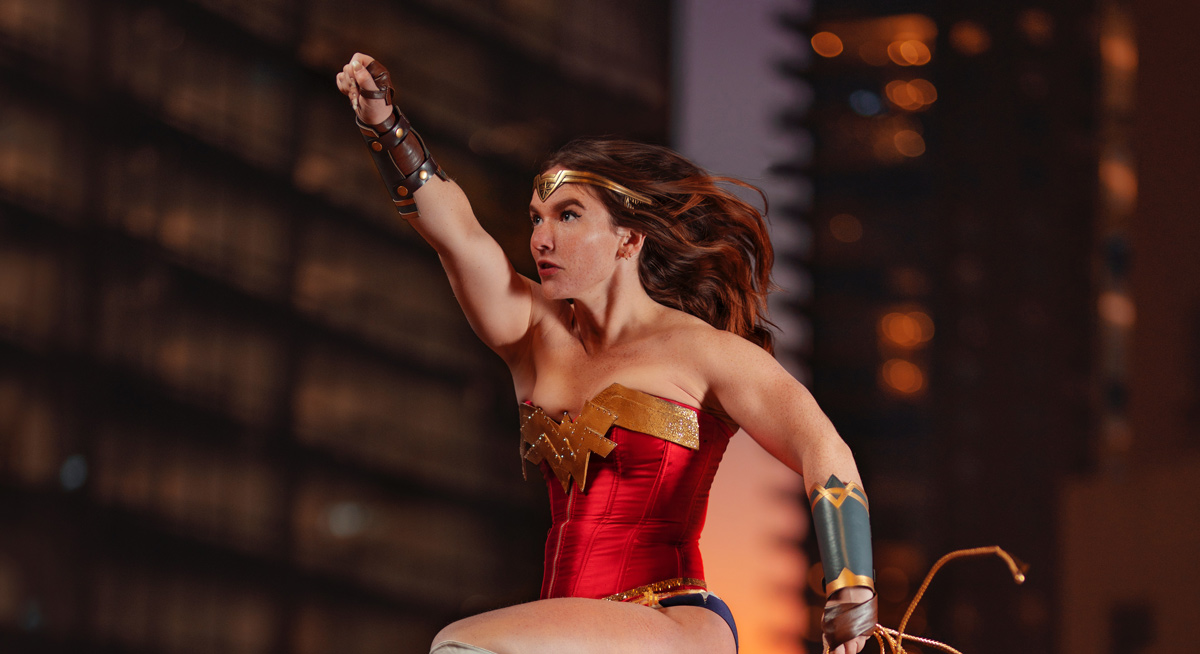 Though cryptocurrency and blockchain technology have been celebrated for their potential ability to level the playing field in the world of fintech, that reality hasn’t yet been fully realised. Across all racial and ethnic groups, twice as many men continue to invest in crypto than women, according to CNBC. This statistic represents a kaleidoscope of social, historical, and economic factors—given how many females and non-binary people tend to face more financial insecurity than men.

Since crypto first bled into the mainstream, many have lauded its capacity to become a currency that encourages diversity and introduces inclusivity within the male-dominated fintech space. In recent years, especially after the pandemic has caused people to rethink their ideas about personal finance, many women and minority groups have reinforced their presence within the industry. How have they achieved this feat? By prioritising community-focused rather than individualist approaches in most cases.

Organisations such as Women in Blockchain and the WOC Blockchain Network have continued to demonstrate the importance of diversity in crypto investing and blockchain technology. Women in Blockchain state their mission as “working towards equality needed to build products, communities and economies that work for all.” By creating opportunities for open collaboration and discussion, they hope to make cryptocurrency more accessible to all who attend their in-person and online meetings.

In a similar vein, BOYS CLUB is a community that encourages women and non-binary people to become more involved in the emergence of a world saturated by Web3. According to venture capitalist Li Jin, Web3 “is intrinsically tied with financial value. Anytime you introduce financial success, that’s what really incites strong emotion.” If the phase comes to fruition, Web3 will reimagine cryptocurrency and blockchain technology, integrating these relatively fringe aspects of the internet into the everyday lives of people worldwide. BOYS CLUB hopes to be a “soft landing” for those who are curious about the future evolution of crypto technology.

BOYS CLUB’s co-founder Deana Burke told Vox that her organisation has become much more diverse than other crypto communities that she’s previously been involved in. For instance, Burke mentioned that members are “trying to figure out how their acupuncture business could move into this Web3 world,” among other fusions between small business ventures and the ever-expanding digital world.

Alternatively, other female-founded groups have harnessed the eye-catching potential of the metaverse to promote gender equality in the world of crypto. Women of Crypto (WOC) is a project featuring 8888 NFT avatars of women. Each was created to be “diverse, yet one of a kind, so as to digitally represent and celebrate the special traits particular to every single woman of the world.” Founder Amy Matsushima announced that the entire collection sold out on the day of its release, 3 February 2022.

Apart from creating dazzling NFTs, Matsushima’s mission for WOC is as diverse, multifaceted, and female-centric as the company’s avatar collection. She seeks to close the gender gap in cryptocurrency through education. From pre-filmed courses on blockchain fundamentals to step-by-step blueprints on how to create a successful NFT project, Matsushima and her team provide a wealth of information to those who are a part of their Discord channel. Alongside these women-led communities, there are many others who continue to rally behind the cause to diversify cryptocurrency and provide alternative options outside of traditional—and male-dominated—banking systems.

Cryptocurrency has been seen as a solution to confronting climate change, addressing food waste and hunger, and supporting a plethora of other worldwide problems in between. One salient social issue that it has helped includes providing support to domestic abuse victims. The National Coalition Against Domestic Violence (NCADV) in the US states that “up to 99 per cent of domestic violence victims experience economic abuse during an abusive relationship.” What’s more is that the organisation notes that “finances are often cited as the biggest barrier to leaving an abusive relationship.”

Economic abuse is considered to be the act of creating barriers to one’s financial independence as a means of controlling most or all aspects of their life. Thanks to the anonymity of crypto, many stories have surfaced over recent years about domestic abuse victims who were able to exit precarious relationships because of digital currencies. In a CoinDesk article, one sexual assault survivor narrated their story of crowdfunding on Seeds, which allowed them to efficiently raise money without revealing their identity.

The diversification and continued development of cryptocurrency is also significant for women in developing countries. Bitcoin entrepreneur and advocate Roya Mahboob has worked with women throughout Afghanistan, in some cases even helping them save enough through crypto with the aim of affording to divorce abusive partners. Former senior policy advisor in the US Department of the Interior, Alison Grigonis noted that “in many parts of the world, women […] do not get the full value of their work and are reliant on others to make investment decisions.” Furthermore, she stated at the 2017 Blockchain Summit that there are “places where women don’t have a legal identity outside of their families or husbands.”

Though in many developing countries women can legally have bank accounts, there can be cultural barriers preventing them from obtaining access to them. As a result, they become solely dependent on family members to manage their assets. Mahboob sees blockchain technology and cryptocurrency as antidotes to this widespread problem that will benefit not only women, but families globally. To continue promoting digital and financial literacy among women in her own country of Afghanistan, Mahboob has founded the Digital Citizen Fund. Like many of the Western-based organisations previously mentioned, it works to empower women through technology and innovation.

At times, the crypto world can seem bleak. In September 2021, for instance, The New York Times reported that mining bitcoin uses more electricity than the entire country of Finland does annually. While digital currencies can never be a remedy for all of our current social, environmental, and institutional dilemmas, they do present pinpricks of light that inspire hope for the future ahead—especially for women, minority groups, and others who feel left out of traditional fintech institutions. 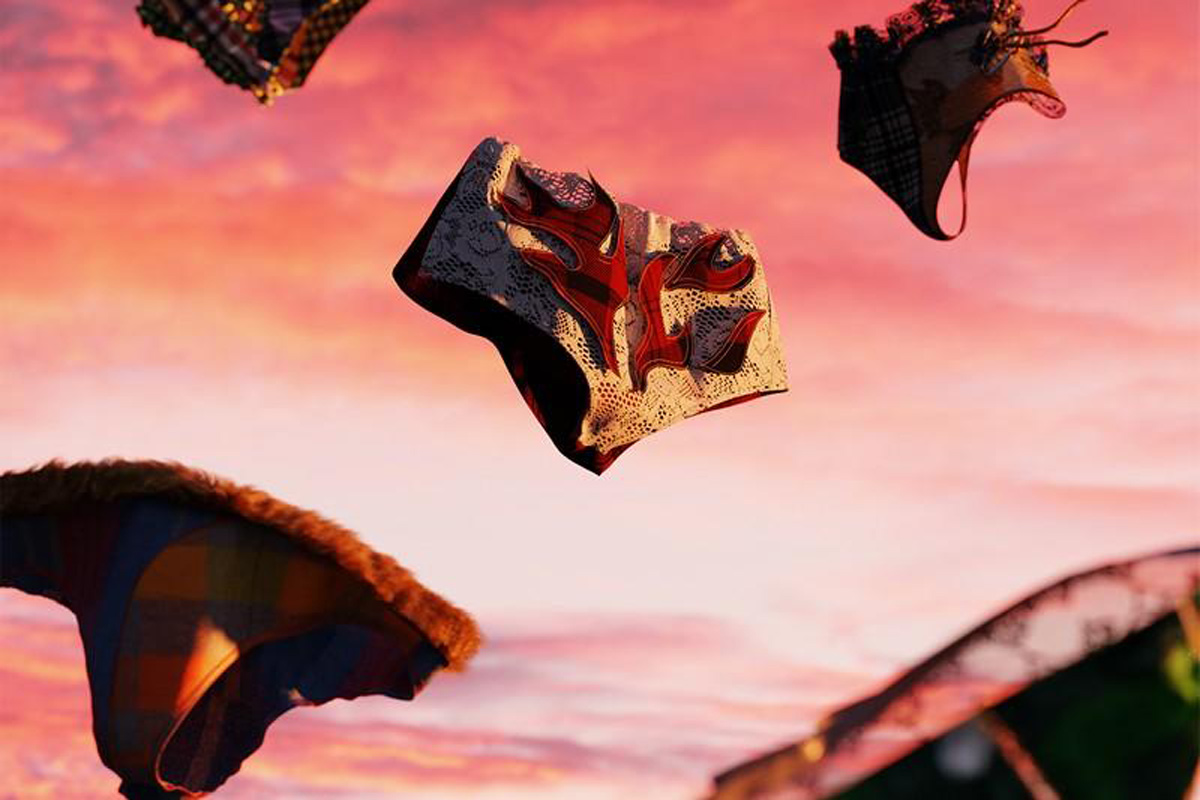 How ‘CryptoPanties’ NFTs could help women enter the male-dominated metaverse

When Mark Zuckerberg almost broke the internet—the dry toast memes did, not him so to speak—after officially introducing the world to Facebook’s (aka Meta’s) metaverse back in October 2021, one certainty became clear in most people’s minds. Zucko was about to face many of the same challenges he previously encountered on social media—like having to police harassment and regulate kids on his platforms—only this time, it would happen in the metaverse. Currently, the virtual platform is somewhat messy, experimental and, you guessed it, dominated by men. Though it will take us a while to solve the first two problems listed above, some companies are already looking into efficient ways to attract more women into the metaverse, and make them feel welcome too (so that they eventually stay in it).

Now picture this: you’re a female-identifying gen Zer. While you like to stay updated on what’s going on surrounding NFTs, the metaverse hype and cryptocurrencies, you’re also not that much into those things to be involved in the communities that have formed around them. And you probably already know why: it can be pretty intimidating trying to join male-dominated communities and virtual worlds, especially when the only experience you have to compare it to is social media platforms.

Enter female-led and sustainable Stockholm-based brand Rave Review and its upcoming launch of ‘CryptoPanties’ NFT collection created in collaboration with digital fashion collector RedDAO—an attempt at promoting diversity in the metaverse. The selection of panties as the entryway into the world of NFTs was an intentional one, as Rave Review shared in a press release. “The panties are an unexpected garment. Super feminine. It made the most sense to us to design pieces for the types of people we hope to see more of in the metaverse,” creative directors Josephine Bergqvist and Livia Schück explained.

Like other NFT collections (which are more often than not geared towards men) the CryptoPanties will allow buyers—especially women, who are usually left out of the industry—to join an online community that is safe and welcoming. Rave Review’s precise goal for such new collectives is to gather the already existing high-end upcycling community on the blockchain.

But it’s not as easy as it sounds. To gently introduce women to the hows and whys of the metaverse, Rave Review has created an interactive play-by-play to get them started. “For one week, we will be releasing passwords through social media. When inserted to our website, they will unlock a number of challenges and get access to newcomer-friendly guiding instructions and FAQs,” the company shared. Completing these challenges will allow users to learn and explore crypto basics, sign up for pre-sales and gain early access to NFT reveals, all within a safe and accessible community.