Facebook is not trustworthy. So why are we still using it? – Screen Shot
Deep Dives Level Up Newsletters Saved Articles Challenges 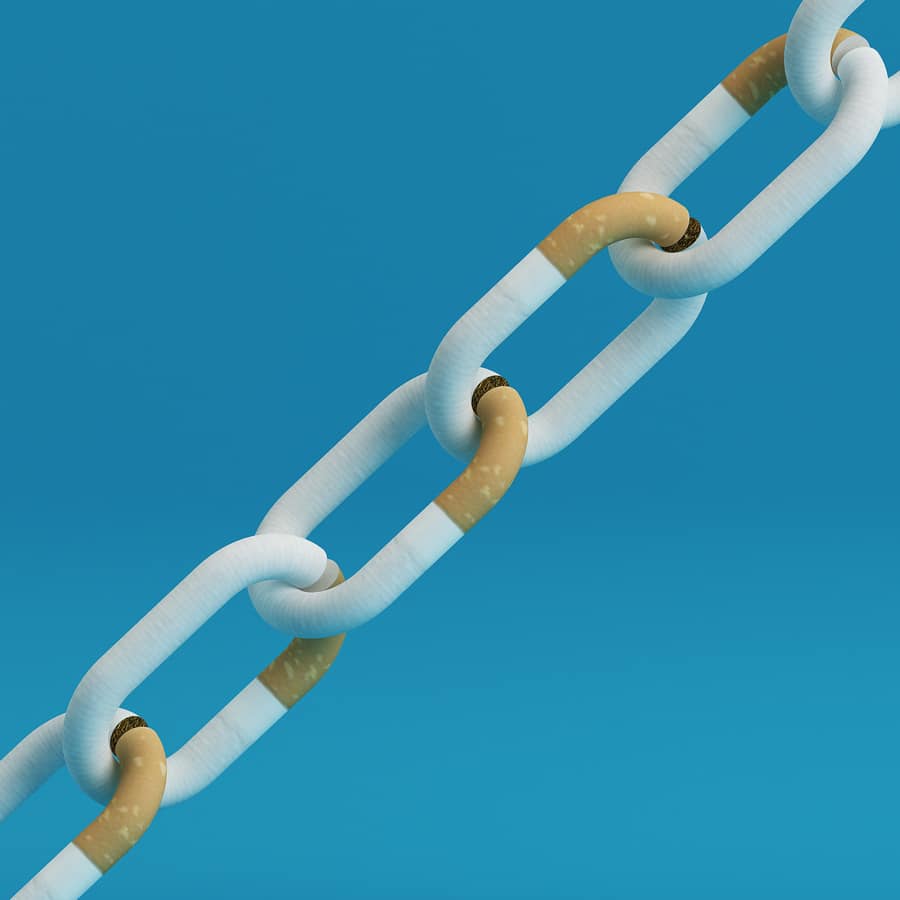 Facebook is not trustworthy. So why are we still using it?

Facebook is not trustworthy. So why are we still using it?

Imagine a private organisation with more social influence and money than many governments; an omnipresence that transcends national territories and a tentative plan to start its own currency. It sounds like an Orwellian nightmare, right? And yet, Facebook has achieved all three. So why is there so much faith that the corporation won’t attempt to influence the world for its own gain? And why are we still using the platform?

The last few months have revealed a myriad of Facebook’s growing shortcomings. The announcement of Libra’s looming entry into the cryptocurrency market was met with curiosity and excitement, but soon after, major backers PayPal, Visa and Mastercard near-simultaneously withdrew from the project, encouraging a wave of doubt in the currency’s legitimacy. The Libra plan has since been changed, with the project being rebranded as a payment system, rather than a currency, but the US inquiry into the project and Alexandra Ocasio-Cortez’s unfaltering series of questions for Mark Zuckerberg resurfaced Facebook’s misdemeanours—their refusal to fact-check politicians’ ads, the Cambridge Analytica scandal—and the platform’s trustworthiness was once again heavily scrutinised.

With US and UK elections approaching, it’s hard not to see why Facebook would be viewed with suspicion. Since the influence of Facebook on both nations’ 2016 elections was proven, Facebook has gone to lengths to make amends. According to Zuckerberg, he has no interest in influencing democracy. In his recent speech at Georgetown University, Zuckerberg said, “I don’t think it’s right for a private company to censor politicians or the news in a democracy.” This was his excuse for why they don’t fact check politicians’ ads.

But other than well-crafted public statements that act only to make excuses for Facebook’s actions, Zuckerberg isn’t doing much to allay the public’s fears, with his penchant for private dinners with conservative politicians causing a wave of concern among liberals. It shouldn’t come as a surprise that Zuckerberg is wining and dining politicians at this point, though. Facebook’s interests lay in increasing profits and keeping taxes minimal, so it pays off to sweet-talk neoliberal politicians and governments.

With neoliberal ideals supporting free-market trade, the deregulation of financial markets, and the shift away from public welfare, corporations—not society—are the first to benefit. Socialist Bernie Sanders introduced a bill aimed at curbing corporate tax avoidance in the US, pointing out that “the truth is that we have a rigged tax code that has essentially legalized tax dodging for large corporations.” If socialist politicians were to obtain power, large corporations would be subject to further accountability. For politicians, a strong relationship with Facebook could, in theory, mean the difference between winning or losing an election, and socialist politicians aren’t winning any brownie points in that arena.

Facebook’s interest in creating its own cryptocurrency is also highly controversial. A corporation having control over currency without any democratic accountability leaves reason to be concerned. Both France and Germany moved to block Libra when it was first announced, saying in a joint statement that “no private entity can claim monetary power, which is inherent to the sovereignty of nations.” While Bitcoin also removed the necessity for government and banks’ control over currency, the difference lies in the decentralised and permissionless nature of Bitcoin, compared to Libra, which will be controlled by a consortium of mega-corporations, who will be subject to regulation.

Facebook’s scale and influence are unique, leaving governments scrambling to create regulations as answers to the questions the company is creating. Never before has the world seen a corporation so extensively impacting psychology and public choice, and this is what’s at the heart of the issue: Facebook makes decisions that impact the lives of millions of people. Most of the users would likely believe that decisions of this scale should be made through a democratic process.

For Facebook, it always comes back to a question of trust. And despite the tech conglomerate proving time and time again that it’s not trustworthy—with our data, with its advertisements and with the news we’re fed—the social networking site has most people feeling as though there’s no alternative. Hopefully, their move into the finance sector won’t end the same way. 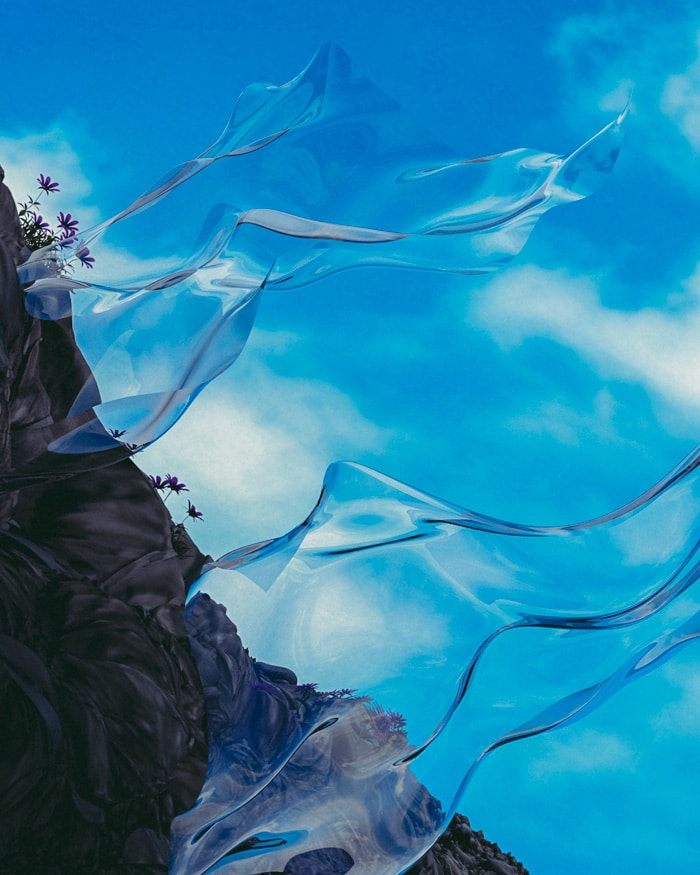 The call to #DeleteFacebook returns after Zuckerberg dines with conservatives

The call to #DeleteFacebook returns after Zuckerberg dines with conservatives

If you have yet to watch The Great Hack on Netflix, this documentary perfectly exemplifies the media-cum-technology-cum-political monster that Facebook has become. It narrates the story of Cambridge Analytica’s unethical data mining exercise for political gain in the US general election, and in many other national democracies. Following the outbreak of the Cambridge Analytica scandal, the hashtag #DeleteFacebook began doing the rounds on Twitter in March 2018.

Two weeks ago, #DeleteFacebook trended again, with 54,000 tweets mentioning the tag as of Monday 14 October. It seems that Zuckerberg and his inner circle have learned very little, if anything, from the first round of deletions, after which 74 per cent of Facebook users took some steps to protect their privacy on the site.

Instead, Zuckerberg and his posse dove straight into the belly of the beast, having a ‘secret dinner’ with conservative politicians. Reported by Politico, the dinner was said to have agenda items that included free expression, ‘unfair treatment’ of conservatives, and potential partnerships. The discussion about free expression seems to be in direct contradiction to Facebook’s mini army of contracted content moderators, whose very job, like it or not, is to limit speech that is a little too free.

When questioned on his choice of dinner buddies during a House Financial Services Committee hearing, Zuckerberg stated, “I have dinner with lots of people across the spectrum […] hearing from a wide range of viewpoints is part of learning. If you haven’t tried it, I suggest you do!” Not only does this flippancy entirely miss Facebook’s awkward history with right-wing propaganda, but by this logic, Zuckerberg should also be inviting the Dems for cocktails after legal proceedings. I can’t imagine there would be great warmth towards a guest who points out the specific “conflict of interest between Facebook’s bottom line and immediately addressing political disinformation,” as the letter sent by the committee’s Democrats to Facebook said.

To that, Facebook’s mighty leader has retorted that he, too, “worries deeply about an erosion of truth.” It’s not long before he adds that it is simply “something we have to live with.” This casual dismissal of the call for Facebook to begin fact-checking political—and other—communications only serves to prove that Zuckerberg isn’t quite in line with the power of the beast he has created.

Facebook is neither a media platform nor a news aggregator. It is neither a communication tool nor a market researcher. It is all of the above and more, rolled into one, and that alone means that Facebook needs to hold more accountability for the content disseminated on the platform. Why fact-checking in marketing communications is not yet commonplace is beyond me—a moment of silence for Boris Johnson’s Brexit Bus—but when one organisation is in control of audience segmentation, communications methods, media planning, and even the performance analytics, we must also, as consumers, remain aware of what this means for democratic media.

During the congressional testimony last Wednesday, where Zuckerberg was due to discuss Libra, he also faced a range of questions from congresswoman Alexandria Ocasio-Cortez about Facebook’s ties to white supremacist groups. “Could I pay to target predominantly black zip codes and pay to advertise to them the incorrect election date?” she asked, proving her point by underlining that Facebook doesn’t fact check ads.

We already knew about the various privacy issues associated with Facebook. That, in isolation, has clearly not been enough for people to want to #DeleteFacebook. It certainly wasn’t for me, after I found the right settings to toggle with. But that was, and still is, very much the problem we know. The territory we are edging into now is that of the problems we don’t know; of Facebook shaping our collective subconscious through subliminal and targeted messaging, while at the same time blurring facts with fiction for business and, potentially, political gain.

This is why it might finally be time to #DeleteFacebook. Simply deactivating your account will not do, as the data remains stored and ready for you to log back in whenever you are in need of a quick meme fix. Deletion needs to be requested, would you believe, with a 90-day lead time before all data is completely wiped from Facebook’s servers. You must also remember to either delete or change the login credentials for any applications you may have linked to your account through Facebook Connect, for easy, single-sign-on login.

It is surprisingly difficult to delete Facebook, both from a process perspective and, somewhat, from a personal perspective. Every time I try to do it, I realise just how many Facebook tendrils are spread far and wide throughout my digital footprint, and how much I rely on it for research, information, and communications. “It’s not just a social media platform,” says Ifeoma Ajunwa, Professor of Organisational Behaviour at Cornell University, “but also almost like a meeting square.”

John Biggs of TechCrunch continues the ironic, historical-political analogy: “In the absence of a Town Square, we talk to ourselves. In the absence of love and understanding, we join the slow riot of online indifference.” It is this very indifference that will, most likely, keep Facebook afloat.

Facebook’s strained attempt to launch Libra, a globalised cryptocurrency, is evidence of cracks in its facade. Prominent brands in the payments industry, such as Visa, Mastercard, and PayPal have already backed out of supporting Libra, essentially rendering the currency defunct until Zuckerberg is able to outline some of the security implications of having consumers’ finances and marketing preferences under one roof. Does he plan to split the businesses, as Senator Elizabeth Warren has suggested? Or do we have a multi-industry, cross-sector monopoly on our hands? I’m not sure I want to keep to my Facebook profile until we know for sure. Are you?