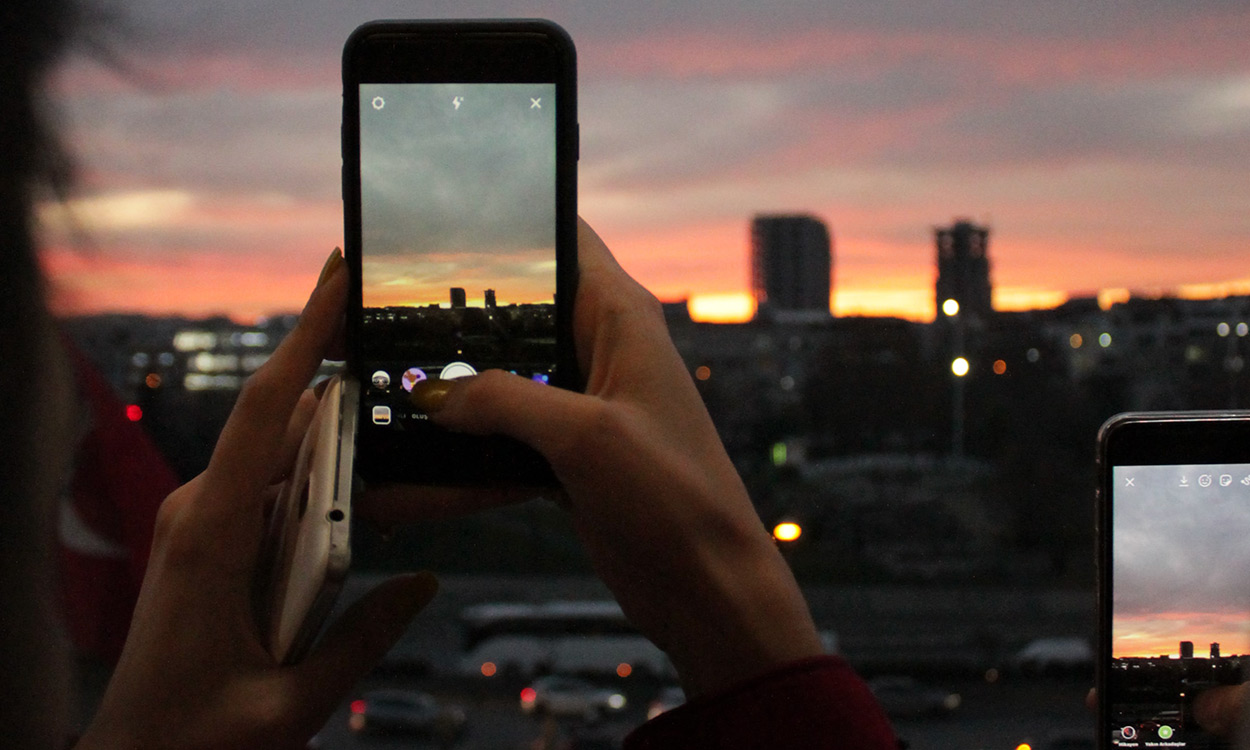 Why are random suspicious-looking accounts watching my Instagram Story? An online investigation

Picture this: You’ve just uploaded a cute selfie to your Instagram Story, left your phone alone for about ten minutes only to preemptively decide to pick it back up to check who’s seen or reacted to your latest post. Here, among the likes of your friends, exes and loosely related family members are a bunch of people you could swear you’ve never seen—or digitally interacted with—in your life.

“@caroline17jonerzp, @oldadur.awearelib7107, @ella.miller362peb and @vanessadowd698dpu  liked your Story.” Wondering who they could be, you click on all four of these mystery admirers and discover that none of them has any followers. Worse, they don’t have any posts either.

If you’re young enough to be a somewhat new adopter of Instagram, then let me clarify one thing: these accounts are what some would call ‘spam’, ‘bot’ or ‘fake’ accounts. And just like I’ve recently witnessed on the app, if you post stories on a daily basis, they will pop up in your notifications every single time.

So what’s the deal with this and why are random, spammy-looking accounts obsessively watching your Instagram Story? I looked into it to bring you the top three theories dominating the internet.

1. Someone you know wants to watch your Stories without you knowing

Let’s be honest, we’ve all been there. Let’s say you fell out with your bestie for whatever reason and noticed they had shared something on their Instagram Story. You’re curious, of course, and need to see what it is, but at the same time, you don’t want to give them the satisfaction of knowing that you’re still keeping up with their doings—you’ve got too much pride for that.

So you’re in a bit of a pickle, a catch-22 if you will. To openly watch or not to watch their Story? Well, according to what some Instagram experts have been saying online, you don’t have to pick. According to Hydrogen—the largest specialist social media agency in Scotland—the last couple of years saw a rise in tools which allow you to secretly view (and even download) people’s Stories without being logged in.

“A staple for ‘social media stalkers’, these sites ask you to put in the handle of the person whose Story you want to view, and allow you to see all Stories of that person… without being logged in. It then appears as if it’s been viewed by a bot account,” the agency explained.

Hydrogen, along with numerous other social media experts, also went on to claim that this influx in bot profiles watching randomers’ Stories might be linked to a bigger trend on the platform. According to their second theory, in a move to counter Instagram’s crackdown on bots and paid-for followers, small social media agencies are interacting with strangers’ Stories to make them seem less dodgy.

In their minds, if you see an account as having seen your Story, and if that individual’s profile seems similar to yours or shares a common interest—be it fashion, animals or fitness—then you’ll be more likely to follow them. This interaction will in turn indicate to Instagram that the bot account is actually legit, which it isn’t.

That’s the theory, anyway. In reality, you probably wouldn’t follow anyone with zero posts and zero followers. We’ve all watched far too many Netflix true crime documentaries to fall for that trick.

This hypothesis would also explain why you’re seeing random accounts voting on your Instagram Story polls. Certain apps—which I won’t be naming here for obvious reasons—promise potential customers that their “account will automatically interact and vote on thousands of stories per day (including polls and quizzes). It can result in up to 5,000 active followers per month!”

I kept the best speculation for last because I’m nice like that. Among the strange-looking accounts that have started interacting with your Stories, you might have noticed that most of them have their usernames in Cyrillic text—a writing system used for various languages across Eurasia.

As of 2019, around 250 million people in Eurasia use Cyrillic as the official script for their national languages, with Russia accounting for about half of them. TechCrunch’s very own director of events, Leslie Hitchcock, flagged the issue, complaining of “eerie” views on her Instagram Stories from random Russian accounts. Some seemed like genuine accounts (such as artists with several thousand followers) while others were simply “weird” looking.

However, that was back in 2019, and Instagram has since stated that it was aware of the issue, which eventually led it to its aforementioned crackdown on fake accounts. In other words, don’t believe the rumours circulating on Reddit that claim these Russian-looking profiles are spies sent by President Vladimir Putin. They’re just part of the new growth hacking tactic highlighted in point two.

It goes without saying that if your Instagram profile is public, anyone can find your Story. Specific services offer users the option of searching for Stories using hashtags, geo-tags, and even people who follow a specific account.

There are even options to target users based on how many followers they have. The more you know, right? 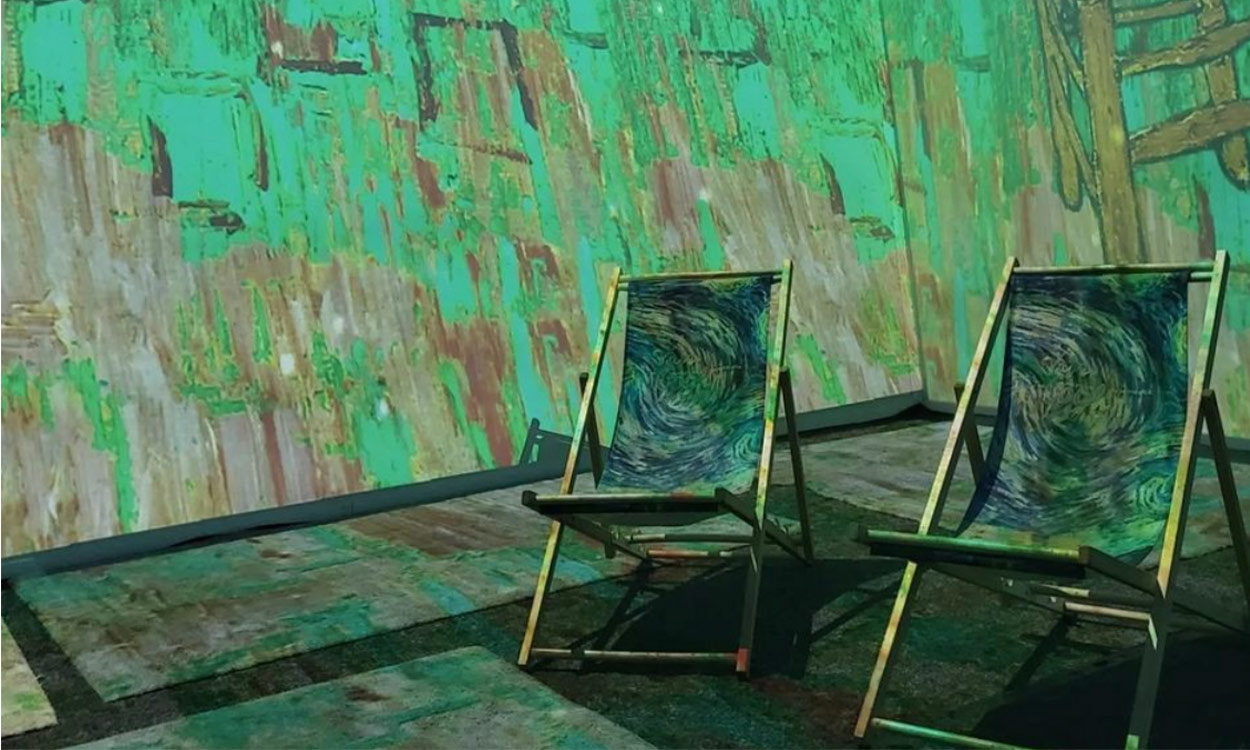 Art or capitalism? Inside the rise of Instagrammable immersive exhibitions in London

In 2022, immersive experiences dominated the British art scene. Following two years of exclusively digital and online exhibitions—spurred by the isolating COVID-19 pandemic—art has now officially been dismantled from the gallery walls, stepping outside of the frame to become a fully-fledged immersive and Instagram-friendly experience.

For some years now, subterranean exhibition space 180 The Strand has offered multiple digitally innovative art installations such as LUX and Future Shock—although these often felt more like demonstrations of technology’s updated potential rather than engaging and forward-thinking art exhibitions.

Contemporary artist Yayoi Kusama’s Infinity Mirror Rooms exhibition at Tate Modern immediately sells out whenever tickets become available online, usually months in advance. All this to say, are immersive experiences the future of modern art, and if so, should we be worried?

The biggest trend pushing forward this shift could well be the dedicated exhibitions of 360° digital art dotted around the UK. These often incorporate impressive projections, large-scale digital screens, and VR. One prominent example would be the Van Gogh: The Immersive Experience—organised by Exhibition Hub and Fever—which marked the first major example to open in London, and is also currently available to view in Belfast, Dublin, Leicester, Naples and York, as well as a dozen cities across North America.

There are also upcoming plans to launch similar exhibitions focused on the works of impressionist artist Claude Monet and surrealist René Magritte. However, if you’re itching to get your immersion on, don’t fret—Dalí Cybernetics recently opened in East London and brings the renowned Spanish surrealist’s optical illusions to life.

It’s a simple but effective premise: paintings by famous artists are chopped and collaged to fill the floor and four walls of dedicated venues while gentle animations bring still lives to life and landscapes are endlessly remixed. Some exhibitions offer holograms while others are aided by artificial intelligence (AI) that responds to the audience.

A number of installations offer these VR experiences to allow visitors to explore the real-life settings of an artist’s life and present a brief contextual study of their work, largely by relying on reproductions and replicas. Often, production will claim these innovations reinvent the concept of a museum, and perhaps it does, but was it really needed?

Both Klimt: The Immersive Experience and Mexican Geniuses: A Frida and Diego Immersive Experience were opened in London in 2022. The latter, I take umbrage with. Rivera and Kahlo were members of the Mexican Communist Party, and close friends of former Soviet leader Leon Trotsky. Their work is therefore intrinsically political and avowedly anti-capitalist, despite works by both artists having been sold for millions of dollars in recent years. Such an aesthetic spectacle strips away at this fundamental context, to the detriment of both the artists and their work.

That being said, it should be noted that, to credit the curators, they didn’t gloss over Kahlo’s disability—she was badly injured in a bus accident aged 18—and included replicas of both her surgical corset and wheelchair.

In terms of cost, immersive exhibitions tend to be on the pricier side. Adult tickets predominantly range between £20 and £30 (approximately $36) while children’s tickets hover around the £20 mark. This is as much as, if not more than, a major gallery exhibition at Tate or the National Gallery—but the main displays at these iconic institutions, which include works by the likes of Van Gogh and Monet, are often free to visit.

Don’t get me wrong, it’s good to encourage greater engagement with art and its history—but it needs to be done in an accessible and affordable manner. And does such spectacular engagement honestly offer more than an hour in a gallery? Some of these shows tour, but most are focussed on London, already home to the majority of iconic cultural institutions.

Frameless, a permanent 30,000-square-foot venue near Marble Arch and Oxford Street, offers the biggest immersive art experience currently in the UK, showcasing 40 “masterpieces” from four different galleries. Its website promises the audience that “inside Frameless, art seeps into every inch of space. It’s in front of you, behind you, above and below you. You won’t simply be looking at a picture, you’ll be in the picture, with every brush stroke, every splash of colour, every moment of inspiration.” A sensitively and creatively curated gallery exhibition can offer precisely the same, often in a less commercial and inauthentic environment.

Many of the works here, such as ‘The Garden of Earthly Delights’ by Hieronymus Bosch or ‘The Persistence of Memory’ by Salvador Dalí,—are reworked to the point where they’re practically unrecognisable from the source material. Can these really be called the same pieces of art? The beauty of Bosch’s altarpiece lies in its intimate intricacies as much as its fantastical imagery.

It’s hard to pinpoint why these establishments don’t support and highlight contemporary artists who produce work specifically intended for such scales and vast spaces. In this way, immersive exhibitions can be the driving force behind creating new digestible art installations, rather than manipulating historic works to fit unsuitable parameters.

There aren’t enough spaces, even in London, to establish and support infrastructure for new media artists. So, supporting up-and-coming creators who work with projections, virtual reality, augmented reality, and more is vital.

One such example is the Lightroom installation in King’s Cross, which opens in 2023. According to the website, audiences will be able to experience “a new home for spectacular artist-led shows.”

And while the space’s first exhibition is dedicated to the work of octogenarian David Hockney, it’s understandable as to why. Hockney has been at the cutting edge of digital art for some years now, producing work art on an iPad for well over a decade. However, when this art is printed off and displayed on paper in gallery spaces, it feels flat and lacking. Therefore, an immersive digital space is perfectly suited to showcase Hockney’s creations. A longer programme of exhibitions is yet to be announced.

Let’s just hope this marks the beginning of an exciting new chapter in the world of art and exhibitions, rather than another superficial reworking of classic art.