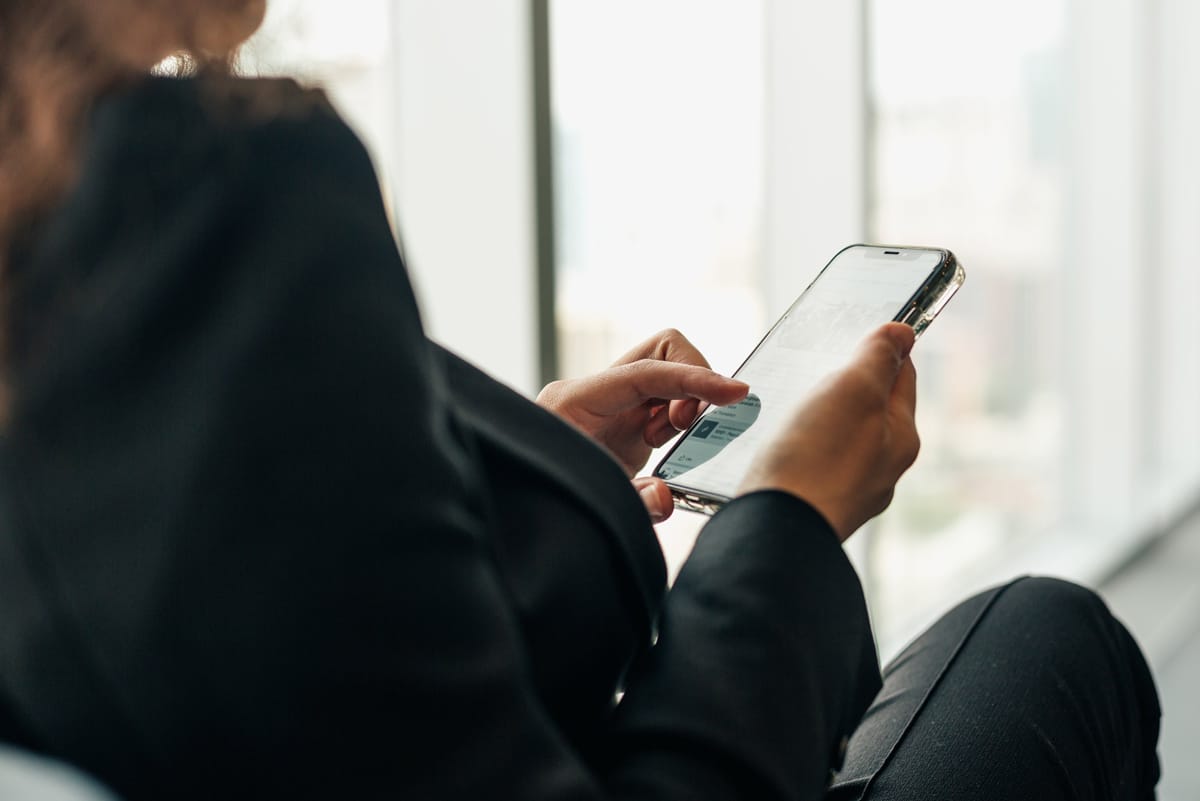 TikTok and identity theft: Is TikTok stealing your online identity?

This is a hot topic, which is being debated all over the US and beyond at the moment, as people start to become suspicious amid TikTok’s less-than-perfect policies and history of not protecting peoples’ details particularly well.

This issue is not only present in the US, but also in almost all the countries in the world. India is such an example, not only has India banned TikTok already, they also have banned many other Chinese social media platforms. Many countries are following in the footsteps of India regarding the banning of the app, most notably, the US.

What is TikTok and why are people suspecting that they are spying on the people?

TikTok is a social media platform for short videos, very similar in concept to Vine, the platform that was run by Twitter in the 2010s. TikTok is owned by a Chinese company called ByteDance and this has led to some suspicion regarding their allegiances.

TikTok quickly became the new social media sensation where the platform grew rapidly and became a giant. Today, almost every teenager and young adult have the application on their phone.

TikTok’s privacy policy has revealed flaws in the past, exposing peoples’ email addresses and other social media accounts and making people concerned that they aren’t taking people’s privacy seriously enough.

On top of this, the US government has become very suspicious, and ProtonMail has created a report which states that the app “cooperates with the CCP” in order to control data beyond the borders of China.

Why would TikTok do this and what would it gain from it?

Politically, there are a lot of different factors that go into international relations and people have different theories on why the Chinese would want this, but amid tense international relationships with the US, it makes sense that they would look to collect details. The accusations are that the app is spying on citizens. It undeniably takes a lot more personal information than many apps including key-stroke patterns.

Identity theft is a serious issue on an individual basis or institutionalised via apps like this which collect details that people are not comfortable with. Did you know that 1.7 million fraud-related identity theft claims were made in 2019? Consumer losses were also estimated at billions of dollars, which is a huge hit to the economy. To add on all of this, statistics on identity theft prove that Americans are afraid of the issue and it is very common, most notably in the US. It all goes to show how much identity theft is on the rise, and the fact that everyone needs to be incredibly careful in order to protect their data.

A security breach from TikTok could lead to millions of people having their data stolen, and this puts the hackers, or the CCP, in a position of power.

Even if your identity doesn’t get stolen, a lot of people are really not comfortable with the idea of so much being publicly available. On top of this, profiles on TikTok are also public by default, so a huge amount of people report unsolicited contact from strangers, some of whom might be out to scam you in one way or another. The app is popular among children so this is even more of an issue. Don’t leave any account vulnerable.

What does this mean to your online security and your identity security?

Considering some of the leaks that have occurred historically from TikTok, people are not just worried about what the company itself could do, but they are also worried about the vulnerability of the data they share and a number of hackers could take advantage.

The amount of information that you will have shared when creating your account means that if it ends up in the wrong hands, you could find yourself having to worry about a case of ID theft. If not, you will still have to consider a lot of the different aspects of privacy and whether you really want your keystroke data and other personal information being made available.

How can we protect ourselves if these claims are valid?

The top tip is to not get a TikTok account if you are concerned, and certainly do not link your account to other social media. However, it could be a bit too late! You might already have an account, in which case your data might be compromised.

Identity monitoring is something a lot of people find themselves turning to for a little more protection. These services can help to stop your data from getting shared in places you simply do not want it. For instance, if your personal information is on the dark web, an Identity Monitoring service could be a way to ensure that you will be notified if your information has leaked and take action to avoid the potential repercussions of this.

What does this mean for the future of the app?

All of the suspicions around TikTok has meant that there is a lot of uncertainty on the future of the app. The US has threatened to ban the app, but TikTok is updating its privacy policy all the time and seems to be falling closer in line with what the rest of the world needs from their policies and protection. This could lead to the app staying on the market, but people are still rather concerned about whether or not their data is safe, and the political affiliations of TikTok.

The ‘Hiiii’ girl versus the ‘Bruh’ girl: what’s wrong with that new TikTok trend?

If, like me, you spend a worrying amount of time on TikTok and Instagram, you must have seen the ‘Hiiii’ vs ‘Bruh’ videos going around. For those who haven’t—this is a recent trend where new gens on the internet compare ‘girly’ girls with ‘tomboy’ ones. Here’s why this new trend stinks of internalised misogyny.

The ‘Hiiii’ girl (also known as the ‘🥺’ girl) typically embodies conventional traits that have been long associated with traditional ‘girliness’, such as liking the colour pink, makeup and clothes—characteristics that are not representative of any gender, and yet here we are again. She is fragile, cordial, and gentle (notice how these qualities are frustratingly archetypal to the patriarchal expectations imposed on women). The ‘Bruh’ girl, on the contrary, is more of a tomboy—she likes sports and video games, she is ‘low maintenance’ and has a quirky sense of humour. She is ‘one of the lads’, but with a vagina.

This trend initially started off as a fun way to compare different hobbies and personalities, which allowed TikTokers to relate to strangers online and create a greater sense of community on the video-sharing platform. But because this is the internet, it was soon taken wildly out of context, as users on TikTok started pitting the two types of women against each other, portraying ‘Bruh’ girls as superior, because they do not engage with any traditionally ‘feminine’ hobbies or activities, and are ‘not like other girls’.

Each of these tropes limits female complexity and uniqueness as it unintentionally portrays both the ‘Hiiii’ girl and the ‘Bruh’ girl as one-dimensional persons. Newsflash: you can be a female athlete who is also amazing at makeup. You can be an aspiring professional gamer and still be pursuing a career in fashion at the same time. You don’t need to select one main category. You don’t even have to identify as female to enjoy or do any of these things. Skills and hobbies are not exclusive to the gender binary, times have thankfully changed—we should do what we can to keep it that way.

So, why are we shaming teenage girls for their hobbies in 2020? The issue with people’s dislike of ‘Hiiii’ girls is that it is deeply rooted in internalised sexism and misogyny. It inaccurately portrays traditionally ‘feminine’ girls as tedious, passive, and superficial, without even taking into account that femininity is pushed onto women from a young age. It also makes an attempt in presenting traditionally masculine hobbies as superior.

Many argue that the entire trend exists as an attempt to gain validation from men, and there are a lot of comparisons that can be drawn between the gen Z ‘Bruh’ girls trope and the millennial ‘Pick me’ girls. ‘Pick me’ girls are described as women who try to distinguish themselves from other women, or pretend to not get offended by sexist things in order to appeal to men—the same girls who say they prefer to hang out with men because they represent “less drama.” Ironically in this new situation, it is the ‘Hiiii’ girls that are being ridiculed for seeking validation from men. Even self-proclaimed ‘Bruh’ girls are turning against other self-proclaimed ‘Bruh’ girls by branding them as fake.

For a generation that is considered as the most progressive, this trend doesn’t seem to reflect that, it certainly is odd how popularised it has become among teenagers. How can we judge women for internalised misogyny and sexism, if we ourselves as a society continuously impose these onto them? Teenage girls are constantly labelled and categorised into boxes: we call girls basic bitches (commonly referred to as VSCO girls among gen Zers), there are egirls, indie girls, ‘alternative’ girls, Instagram ‘baddies’—you name it, we categorise it. And while internet subcultures are great most of the time, there is no need to put any of them against each other.

Here’s the thing: it is impossible for anyone to just be one thing. Humans are well-rounded individuals with unique feelings, personality traits and hobbies. None of these are exclusive to sex or gender identity. And while this is just a silly TikTok trend, let’s remind teenage girls that they are not each other’s competition. After all, we’ve all been there and I can imagine none of us want the new gen to go through the same toxic scrutiny.