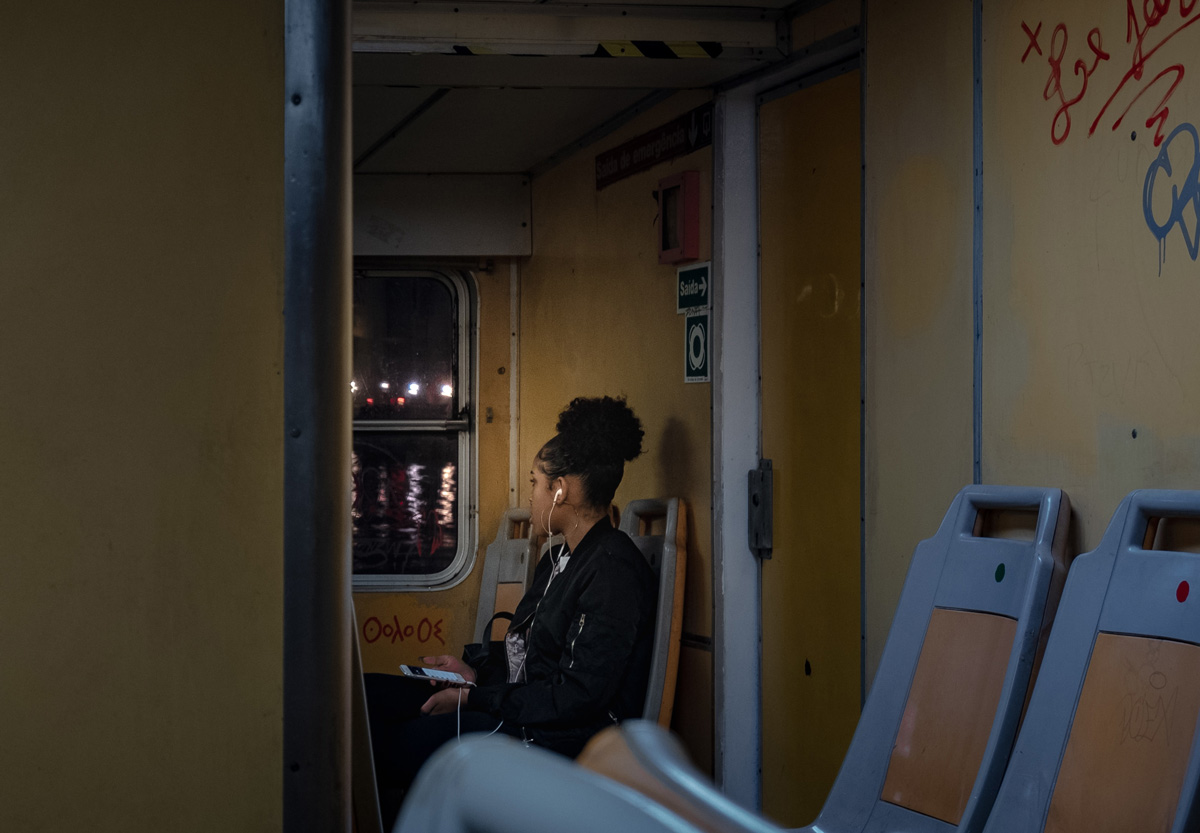 Remember matching with someone based on nine watermarked photos that have travelled every single editing app along with a bio that reveals close to nothing about that person? What about all of the ‘conversation starters’ you have Googled just to keep your DMs alive? Introducing Vinylly, a dating app that matches users based on their music streaming data and habits—allowing users to literally tune into their love life.

What is Vinylly and how does it work?

Available on both Google Play and App Store, Vinylly is a Phoenix-based dating app founded by Rachel Van Nortwick. Born out of her love for both music and marketing, Vinylly essentially bridges the gap in “superficial dating app conversations which lead nowhere.”

“Discussing music is a way to say ‘tell me who you are without telling me who you are.’ And with Vinylly, we use your music streaming data to take it one step further,” the CEO explained in an interview with NYLON. Highlighting music’s power of bringing people together as a huge inspiration behind the app, Van Nortwick mentioned the app’s flexibility in not just finding soulmates, but also discovering potential concert buddies.

So if you are an audiophile or someone looking for a platonic or romantic +1 to attend the next rock concert in Spain with, take notes because here’s how Vinylly works.

After downloading the app, users can get started by connecting their Spotify accounts to it. This is a fairly simple process if you are already logged into Spotify on the mobile app. After granting Vinylly access to their music streaming data, users are redirected to a series of questions ranging from their gender and preferences to their current relationship status. Users then have the option to set the radius up to 900 miles around their location to find potential matches.

Breezing through the signup process, users then go through a list of questions to further analyse their taste in music. Ranging from favourite music genres and artists to the latest concerts they attended, the list of questions helps improve the accuracy of the algorithm in finding matches.

Vinylly then onboards users onto the major arena where all of the action happens. Now, if you visualise Tinder’s swiping feature, it can essentially be equated to a stack of pages that you are able to leaf through both left and right. Well, Vinylly’s features have a similar purpose but it feels more like you are using Spotify’s interface to date people.

Potential matches line up as a playlist on Vinylly where the users can either press ‘Play’ to chat and connect with, ‘Pause’ to stop the conversation, ‘Skip’ to move onto the next person, ‘Shuffle’ to move the current user to the back of the lineup and ‘Volume’ to see how good of a match you are together purely based on both of your taste in music. The app further lets you search Virtual Live Stream concerts and suggest them to your matches in chat.

You can also learn a little more about your own taste in music upon visiting your profile. The app draws up a list of genres you love based on your streaming data. Spotify Wrapped, who?

The role of music in attraction

Now that almost all of Vinylly’s features have the potential of redefining dating, let’s analyse if music can truly help initiate—let alone enhance—feelings of attraction in the first place.

“If you find someone who likes the same style of music as you, then you’ll likely get along with them,” said Music Psychologist Doctor David M. Greenberg in an interview with OkCupid. “Our musical preferences are a window into how we think, behave, and care most about. So when someone tells us the music they like, we should listen carefully, because within that answer will be information about that individual’s personality, and whether or not we will be compatible with them.”

A study conducted by Manuela Marin, a former associate of the Institute for Basic Psychological Research and Research Methods at the University of Vienna, presented heterosexual participants with musical excerpts followed by a photograph of a face from the opposite sex with a neutral facial expression. In another set of controlled conditions, only the faces without music were presented.

All of these researches and quotes point to one fact: music’s impact on attraction is indeed all about that bass. And if you want to experience its effects first-hand then tune into Vinylly right away. After all, the worst that could happen is your ex discovering your dedicated breakup playlist. 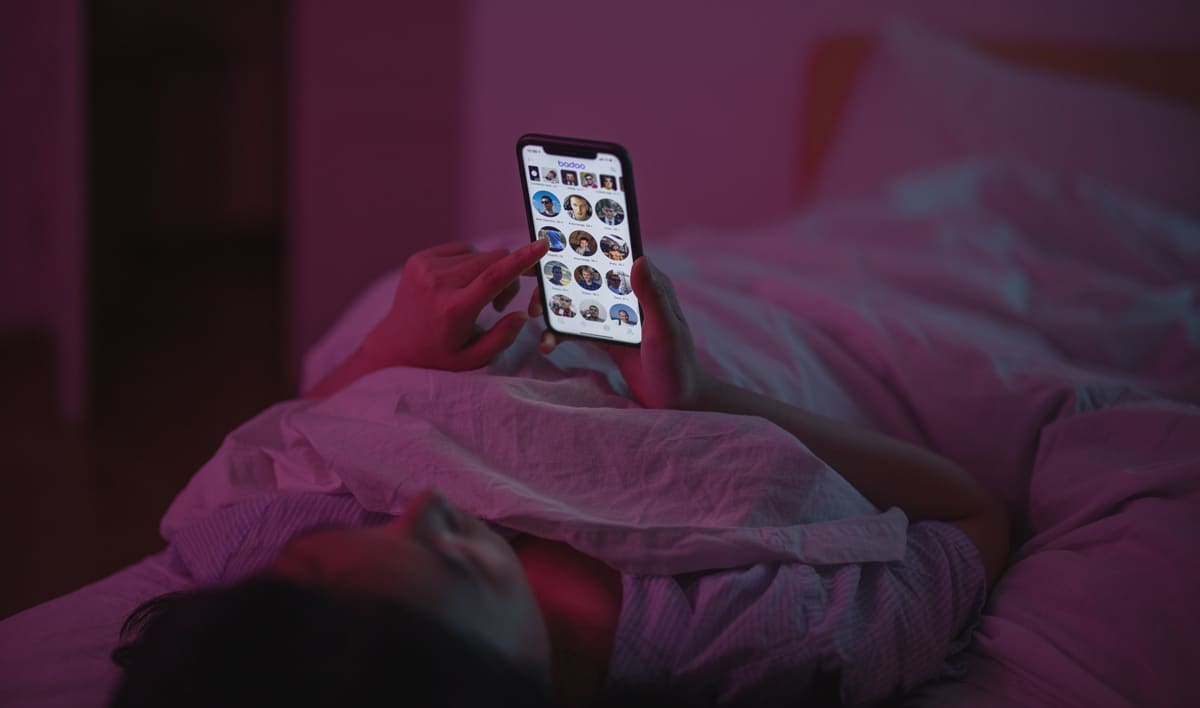 Video dating is a fairly recent concept which blew up over the pandemic, all thanks to social distancing. Ever since Bumble dipped its toes into video dating in 2019, major players in the market including Tinder, Hinge and Hily were quick to follow by incorporating the feature into their own coveted apps. One of the most recent players to crop up on the scene is Facebook—testing a video speed dating platform with no public profiles, swiping or Direct Messaging (DMs).

“Sparked is an early experiment by the New Product Experimentation (NPE) Team,” a spokesperson for Facebook confirmed to TechCrunch. “We’re exploring how video-first speed dating can help people find love online.” Currently undergoing a “small, external beta test” designed to generate insights in order to improve experiences, the app is yet to go live on Google Play and App Store.

However, one can presently access Sparked via its dedicated website. Since the beta testing is region specific, the portal is accessible only to users in the US (or those with VPNs bouncing off their IP addresses to every corner of the planet).

A commitment to kindness

Describing itself as “video dating with kind people,” Sparked sports a plethora of features aimed at promoting kindness in the dating sphere. Promising the absence of public profiles, swiping and DMs altogether, the speed dating app puts users registered in a speed dating event nearby on a series of virtual dates lasting four minutes each. If ‘sparks’ literally fly between you and your potential partner, the app then schedules a second date lasting ten minutes. From there on, Sparked suggests users to exchange contact information and stay in touch through Instagram, iMessage or email—self promotion at its very best.

During a test experience at a Chicago Date Night event, The Verge attempted to set up a profile on the free app via a Facebook account. “The user sign-up flow suggests kindness is a key theme for the app,” the publication noted, outlining prompts along the lines of “be kind,” “keep this a safe space” and “show up for the date” featured in the onboarding process.

While signing up, users are asked to commit to this positive dating experience by explaining what makes them a ‘kind dater’. These responses will then be “reviewed by a human at Sparked” before users can gain access to the platform and go on speed dates. Users also have the option to choose their gender preferences listed between men, women and nonbinary individuals. They are then directed to a page asking them if they’re open to date trans people as well.

Before we break down Facebook’s increasing obsession with our love lives, let’s touch upon the fact that Sparked is not the tech giant’s first attempt at entering the dating sphere.

In 2019, Facebook Dating began its operations in the US—recently arriving in the UK. Marketed as a “relief to the loneliness caused by confinement of the COVID-19 pandemic,” the service essentially operates within the main Facebook app. Similar to mainstream dating apps, Facebook Dating lets users view each other’s public profiles, send a ‘like’ and wait for a ‘match’ to start a conversation.

In the early days of the pandemic, however, Facebook announced a new video calling feature that will allow users of its Facebook Dating service to connect via Messenger. While this can be appreciated as a timely move in order to compete with other dating apps and tap the upcoming market segment, it makes one wonder about Facebook’s commitment to Sparked with ‘video calling’ as one of its major features in the first place. The built-in video experience could potentially compete with Sparked—unless the new product’s goal is to become another feature inside Facebook Dating in itself.

Although Sparked hopes to cater to the increasing list of users who are sick of swiping and filtering through hundreds of profiles, analysts warn against Facebook’s success in the dating sector. “People don’t see Facebook as a place to go for online dating,” said Scott Kessler, an analyst at the research consultancy Third Bridge, in an interview with Market Watch. Even though the service has “novel features and functionality,” Kessler highlighted how the tech giant’s history with user data acts as a potential barrier for success.

“I do think there is a level of scepticism or concern regarding how the company and the property accesses and utilises people’s personal information and data,” Kessler added. “It makes launching this particular property and gaining traction perhaps more challenging than people might have expected.”

A glance into the statistics of the existing dating sector lands an even bigger blow on Facebook’s efforts. As Tinder’s direct revenues increased by 18 per cent year-over-year to $1.4 billion in 2020, Bumble topped all of its revenue estimates in the first quarter, pulling in $165.6 million in the fourth quarter of that same year. Facebook, on the other hand, only has one achievement to date to list on its portfolio: 1.5 billion Facebook Dating matches in 20 countries. Not to break Facebook’s bubble or anything, but a ‘match’ may not necessarily indicate a successful pairing either.

With that being said, Sparked can currently be counted as an experiment. It might have the potential to launch globally in the near future, be merged into Facebook Dating or shut down completely. Only two factors can confirm our suspicion—time or another data breach.