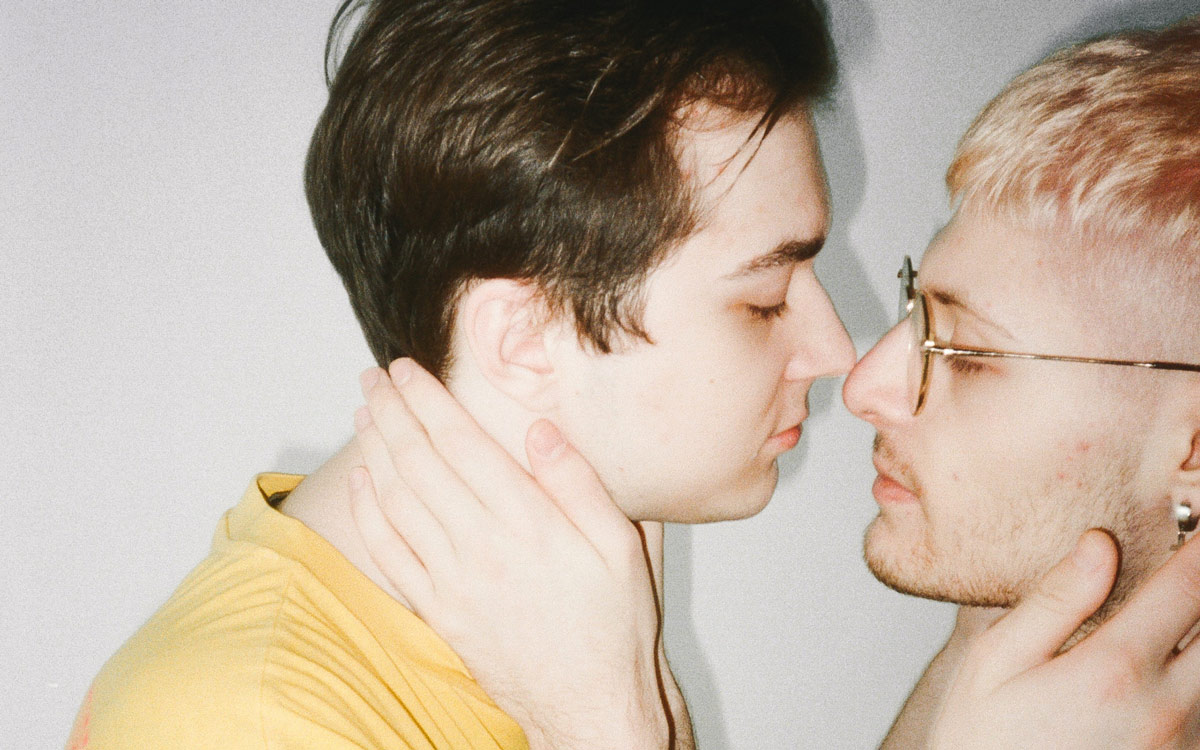 Why do couples like to use baby talk and pet names?

Picture this: you’ve been dating someone for a while now, you really like each other and have both decided to be exclusive. Fast forward to a few months after your first meeting and you’re finally comfortable enough to ‘officialise the relationship’. It should be around this time that pet names make their way into your vocabulary. From ‘babe’ and ‘baby’ to ‘honey bunny’, ‘sugarplum’ and ‘cupcake’, no matter what you think, one thing is for certain—everyone else but you and your partner finds them disgustingly cheesy. Yet we all seem to do it in our own relationships.

But pet names are just the first step to displaying your love for someone in a rather nauseating manner. Enter baby talk, the holy grail of cringe-worthy displays of affection. While it is defined as “a type of speech associated with an older person speaking to a child,” it is also often used to interact with other adults, more precisely with individuals someone has affection for. In fact, in his work as a communication sciences and disorders researcher at Oklahoma State University, Ramesh Kaipa came across studies showing that as many as two-thirds of couples use romantic baby talk. This is a whole different type of love language we’re talking about here.

Why do couples use baby talk with one another?

Many adults like to use baby talk—the exaggerated pitch, tempo and intonation that parents use when talking to their little ones and what linguists also call “motherese” or “parentese”—no matter which language they speak. When applied with babies, research has previously shown that this style of speaking actually triggers the release of neurotransmitters that motivate infants to learn.

Even before a baby is born, the process of learning language has already begun. In the third trimester of pregnancy, when the infant’s ears are sufficiently developed, the intonation patterns of the mother’s speech are transmitted through the fluids in the womb. By the time an infant is born, they already have a preference for their mother’s language. At this stage, the infant is able to identify language through its intonation patterns.

Research has shown that babies prefer to listen to the exaggerated baby talk type of speech rather than typical adult-like speech—they pay more attention when a parent’s speech has a higher pitch and a wider pitch range compared to a speech with less exaggerated pitch features.

What about adults then—what’s our deal? As you’ve probably guessed by now, in the case of romance, this style of speech is less about learning and more about affection. According to the affection exchange theory (AET), which was proposed by the communication researcher Kory Floyd in 2001, specific vocal behaviours signal affection, just like some non-verbal behaviours do too. These include the use of a high pitch, exaggerated intonation and a soft voice—traits that just so happen to overlap with the way most people talk to babies.

But that’s not all of it. We also tend to prefer infantile speech because it strips down this medium of expression to its very core, leaving behind the many complexities and customs that come with routine adult conversations. By doing so, it allows us to freely explore the bond we’ve created with another person. As Kaipa explained in The Conversation, “The use of ‘idiosyncratic’, or personalized, communication is an important aspect of close friendships and romantic relationships. A bystander listening in might be flummoxed. But to the couple, it’s a sign of their bond—a boundary that sets them apart from everyone else. Pet names like ‘sweet pie’ and ‘nugget’ are a part of this, and they’ve been shown to signal greater relationship satisfaction among couples.”

Speaking of which, pet names containing the letters ‘b’ or ‘p’, such as ‘baby’ and ‘sweetie pie’ tend to be more common than, for example, ‘angel’ for a reason. “Commonly, when babies begin acquiring language, they use the vowel ‘a’, and consonants like ‘p’, ‘b’, and, ‘m’ because they are bilabial sounds caused by the closure or near closure of the lips and the easiest to pronounce,” Frank Nuessel, a linguistics expert at the University of Louisville, told Broadly back in 2017.

In another interview with Good Housekeeping, he further explained, “When parents, and usually it’s the mother who interacts the most, tries to teach the baby language, they use the terms of the child: ‘mama’, ‘papa’, ‘baba’. Then the adults transfer the language to other adults or significant others in their life, and they use those as terms of endearment.”

In today’s digital age—where relationships are casually made online and nothing seems private anymore—sharing a pet name, having a child-like timbre of voice and particular mannerisms that leave room for vulnerability in a relationship, become all the more valuable. Calling someone your baby, or babesky as I like to, allows you to distinguish them as being ‘worthy’ of real intimacy. And as corny as it sounds, it says a whole lot more than what we realise. 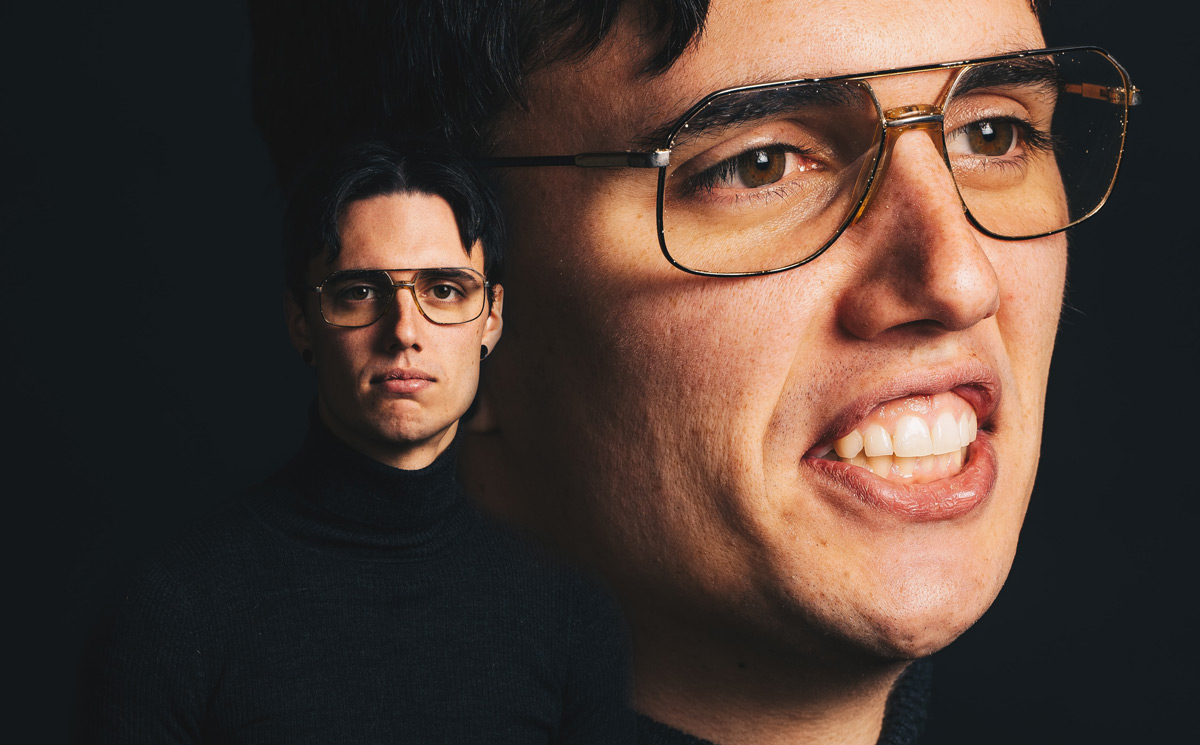 Can’t stand to hear the sound of your voice on recordings? There’s a scientific explanation behind it

We’ve all been there—someone is playing a video where they were lucky enough to get a special appearance from you. Of course, you start by checking yourself out. So far, so good. But then, something appalling occurs. On the recording, you witness your past self open their mouth and start babbling. You can’t help yourself, you become possessed by the embarrassment demon, turn to the person playing the video and ask them to pause it immediately. ‘Is that really what I sound like?’ you ask them. Whether they answer affirmatively or not, there aren’t two ways to go about it, so we’ll be honest: yes, you do sound like that.

As you’ve probably guessed already, in this article, we’ll be answering the million-dollar question, why do we hate the sound of our own voices? But before we tackle this one, we first need to look at why we’re not capable of hearing ourselves correctly.

Why don’t we hear our own voices the same as others do?

When talking out loud, people tend to hear the sound they generate in a deeper voice tone than what everyone else hears. To others, your voice generally sounds higher pitched than what you’d expect, which is partly why being presented with such a twisted reality is hard to swallow.

The sound of your voice reaches your inner ear in two different ways. The vocal folds in your throat vibrate creating sound waves that travel through the air. But those sound vibrations also conduct through your body, particularly through your skull and bones. You might be wondering what that indicates exactly. In a video titled Why Do I Hate The Sound Of My Own Voice?, the YouTube channel BrainStuff – HowStuffWorks explains it rather simply, “Our skulls lower the frequency of these ladder vibrations as they bounce around our throat, mouth and neck before reaching the ear’s cochlea through the fleshy tissue in our heads.”

As a result, the surrounding bones spread out the vibrations, lower their pitch and enhance the lower frequency vibrations. That’s why your voice sounds fuller and deeper than it actually is. On the other hand, when we hear our voice played back on a recording, we don’t get it filtered through flesh and bone. Instead, what we’re hearing then is only the air conducted sound of our voice as waves of pressure—what’s referred to as ‘air conduction’.

“In both cases, the cochlea converts these vibrations into impulses that are sent to the brain but with the elimination of the bone-conducted sound, we end up hearing our own voice the way everybody else hears it,” the video further explains.

Why do we hate the sound of our own voices?

In an article for Big Think, laryngologist—a surgeon who treats disorders of voice, breathing and swallowing—Neel Bhatt mentioned why hearing a recording of your voice can be so disconcerting, “It really is a new voice—one that exposes a difference between your self-perception and reality. Because your voice is unique and an important component of self-identity, this mismatch can be jarring. Suddenly, you realize other people have been hearing something else all along.”

“Even though we may actually sound more like our recorded voice to others, I think the reason so many of us squirm upon hearing it is not that the recorded voice is necessarily worse than our perceived voice. Instead, we’re simply more used to hearing ourselves sound a certain way,” Bhatt continued.

Scrolling through the comments under BrainStuff – HowStuffWorks’s video, it’s clear to see that each of us has had to experience that realisation. YouTube user WILD THINGS shared, “When I was a teenager I worked at a supermarket and had to use the store’s intercom on a regular basis. There was no delay, so I was hearing my voice internally and externally at the same time. I always found it strange, almost like two different people talking. The voice I was hearing over the speakers was noticeably different. Always gave me a weird sensation and I avoided using the intercom as much as possible.”

Another, Punky Nene, wrote, “I want to hear how Morgan Freeman hears himself.” A fair demand if you ask us. The moral of the story is that we all—besides Freeman—feel self-conscious about the way we sound. In fact, it’s been proven scientifically. In a 2005 study, researchers had patients with voice problems rate their own voices when presented with recordings of them. They also had clinicians rate the voices. They found that patients, across the board, tended to more negatively rate the quality of their recorded voice compared with the objective assessments of clinicians.

So, now that you know the answers to the two main ‘why’s of this article, you’ve got one last thing to cross off your list—it’s time for you to tackle your inner critic for good and start loving what you truly sound like. Good luck.