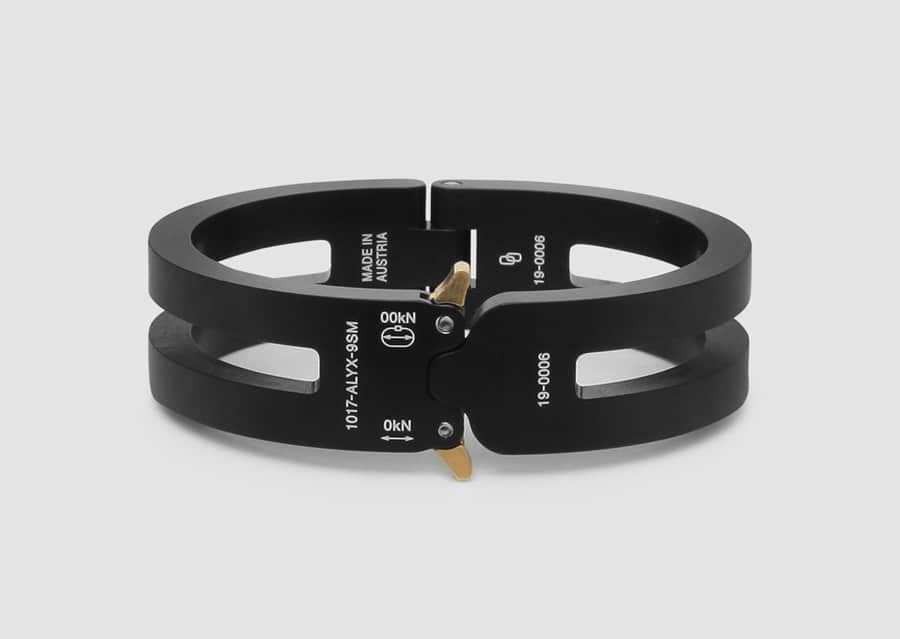 In 2015, designer and creative director Matthew Williams decided to channel his vision towards the creation of his own fashion brand 1017 Alyx 9SM. Following an already praised career during which he worked as a creative director with celebrities like Kanye West and other top fashion designers, since the founding of Alyx, Williams has added outstanding collaborations with brands like Moncler, Nike, and Dior Men to his impressive catalogue. Constantly pushing the boundaries of design, technology, and sustainability, Williams announced recently that Alyx was going to be the first brand to introduce blockchain technology to unveil the garment production in a way that is 100 percent accurate.

Sustainability has been part of the brand’s agenda from its start. Alyx uses recycled materials, as well as a leather dyeing process that consumes CO2, and has always been transparent about who—and under what working conditions—the collections have been produced by. Working closely with the worldwide leader in adhesive technologies Avery Dennison and the Internet of Things (IoT) software company Evrythng, Alyx has now implemented supply chain transparency into the brand by launching a blockchain-powered pilot programme on nine of its garments. Taking the brand’s history into consideration, it feels like a natural yet visionary step forward to add blockchain ledgers to its supply chain, making it visible and understandable to clients.

The nine products’ tags now feature a scannable QR code that reveals the entire supply chain history of the garment. According to Vogue Business, the data—which can be accessed by phone—include information about where the materials were sourced, where the product was manufactured, and its shipping movements. With 80 percent of its garments produced in Italy, the process of uploading and tracking the data of the garments is easily doable for Williams. In this transparency procedure, each supplier is in charge of entering the data into the chain.

Not only is this change innovative, but it could also prove the implementation of this feature to be a crucial addition to the brand’s history, and, if it works, to other fashion brands. “That’s what we want to continue to communicate, and that’s what brings value to our pieces,” Williams said. “It becomes a really great storytelling element”. Alyx belongs to that category of brands which promote durability rather than fast-fashion consumerism. In this regard, Williams and Dominique Guinard, founder and chief technology officer at Evrythng, believe that by knowing the digital identity of one garment, or its ‘journey’, customers might get more attached to the product. In an industry where overproduction and exploitation are toxic constants, sustainability and transparency are increasingly demanded by consumers. Alyx’s experimentation with blockchain technology stands as one of the finest examples of fashion innovation. By exposing its own brand’s data, Williams seeks to inspire a new approach in fashion, calling for other designers to follow suit.

The sustainable production process behind Alyx’s collections, which is now traceable thanks to the new technology, makes sure that its aesthetic is coherent with the message. The use of innovative technologies and the emphasis on transparency never overshadow the technical and aesthetic research that makes the brand’s design so on point. Some say that Alyx anticipates design trends, I’d argue that Alyx is doing way more than that. It is paving a path for a new way of thinking about fashion, technology, and most importantly, an industry future that is sustainable. 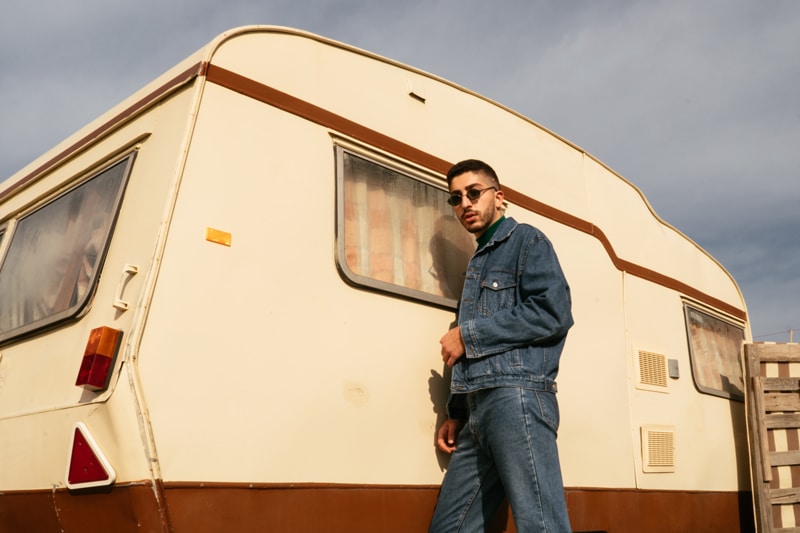 Attention influencers and avid instagrammers—the days of having to squander exorbitant amounts on one-time statement outfits are over, as companies have launched virtual clothing lines that could be purchased online for a reasonable price and be edited right onto your photo.

The pioneer of this technology is the Norwegian company Carlings, which launched its first digital clothing line back in November in response to a swelling number of influencers purchasing one-off outfits exclusively for social media purposes. Their collection, titled ‘Neo-Ex’, derived its style from video games such as Tekken, and featured bright neon colours and futuristic looks. Influencers and instagramers could purchase one of the 19 outfits on offer for £9 to£30 and submit a photo of themselves to Carlings’ 3D designer team, which would then digitally tailor the clothes onto the buyer’s image.

The digital-clothing trend caught on like wildfire, and now companies around the world, such as Moschino, The Fabricant, and Nike, have been dropping their very own virtual designs.

Aside from being financially accessible (at least for the time being), virtual clothing offers a solution to the polluting habits of the fashion industry— currently responsible for 10 percent of the world’s carbon footprint and the second-greatest contaminator of local freshwater around the world.

In an interview for Elle, Kicki Perrson, brand manager at Carlings Sweden, said, “By selling the digital collection at £15 per item, we’ve sort of democratised the economy of the fashion industry and at the same time opened up the world of taking chances with your styling, without leaving a negative carbon footprint”. Persson further stated that due to the incredibly positive responses Carlings is expected to launch its second virtual clothing line this summer.

Naturally, influencers seem enthused at merging fashion with the virtual realm. Daria Simonova told Elle, “I really love this idea because firstly, it’s environmentally-friendly and secondly, clothing nowadays is more like an art form for social media. Digital clothing is super convenient, and the design potential is huge because it’s way cheaper”.

Overall, digital clothing seems to be a fairly promising innovation. It is eco-friendly, affordable, and allows for uninhibited creative freedom. Yet, the ultimate impact of virtual fashion will depend on the future of this rising technology and its application.

Virtual clothing currently exists as a social-media-centred enterprise, and its main function is to be worn online for promotion purposes and likes-mining. It seems, however, that the majority of fashion-industry waste isn’t generated by influencers, but by the masses whose lives don’t revolve around Instagram and who gain more satisfaction by touting their outfits in the real world. And so as long as virtual clothing is trapped within the confines of social media, its ability to scale-down fashion induced pollution would be limited.

Digital fashion could prove far more environmentally friendly if it is ultimately used as an augmented reality feature that replaces real clothes. Furthermore, if clothing-design softwares became a household product it would enable millions of people to run wild with their imagination while spending zero resources on attire. True, augmented reality isn’t likely to penetrate the mainstream market in the immediate future, but it isn’t light-years away from us either, and we would greatly benefit from beginning to visualise its potential contributions to society—as far as fashion is concerned.

Virtual fashion is on a trajectory that can only be expected to accelerate and expand over the next few years. It remains to be seen whether it will live up to its ideal of rendering the fashion industry more sustainable or simply fuel the social-media inferno of brand and image-building.