Adidas and Gucci are selling a $1,290 umbrella… and it’s not even waterproof – Screen Shot
Deep Dives Level Up Newsletters Saved Articles Challenges 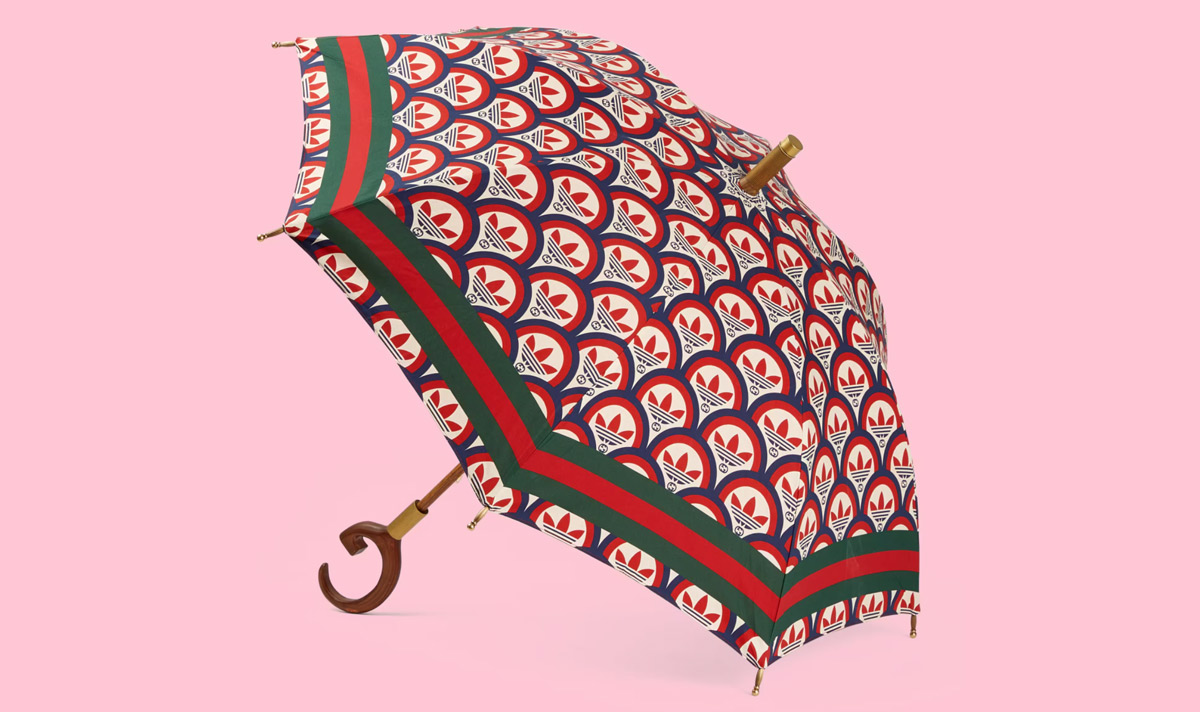 Adidas and Gucci are selling a $1,290 umbrella… and it’s not even waterproof

Before it was teased online, there had been rumours about a possible collaboration between Gucci and Adidas for a while, but it wasn’t until Gucci’s AW22 ‘Exquisite’ show at Milan Fashion Week that the news was confirmed. Sending models down the runway in pieces featuring both the signature GG monogram and three-stripe logos, the brand officially announced the line.

Though the highly anticipated collection is expected to be released on 7 June 2022, it’s currently being shown on Gucci’s website, giving customers a preview of which items they prefer—and which they can even afford…

Among some of the most talked-about pieces is a $1,290 umbrella (sold for £870 in the UK) which its product details states, “Please note, this item is not waterproof and is meant for sun protection or decorative use.” Yep, you read that right, this ridiculously priced brolly is not even waterproof.

Featuring a g-shaped handle and a print design combining the logos of both brands, the “sun umbrella” has sparked wide debate on social media in China since pictures of it went online last week. Understandably, many users were appalled that the item—which retails for an even higher price of 11,100 yuan ($1,600) in China—was not actually functional despite the high price.

Reporting on the matter, Insider wrote that, on the country’s Twitter-like platform Weibo, “the hashtag ‘11,100 yuan umbrella collab is not waterproof’ drew more than 140 million views this week.”

“As long as I’m poor, they won’t be able to trick me into paying for this,” one Weibo user commented. “That’s a very big but useless fashion statement,” another commenter wrote, the publication reported.

A Gucci customer service representative confirmed to Beijing-based magazine Caijing that the item is “not recommended for use as an everyday umbrella” and justified instead that it’s “good collector’s value and is suitable for use as a daily accessory.” 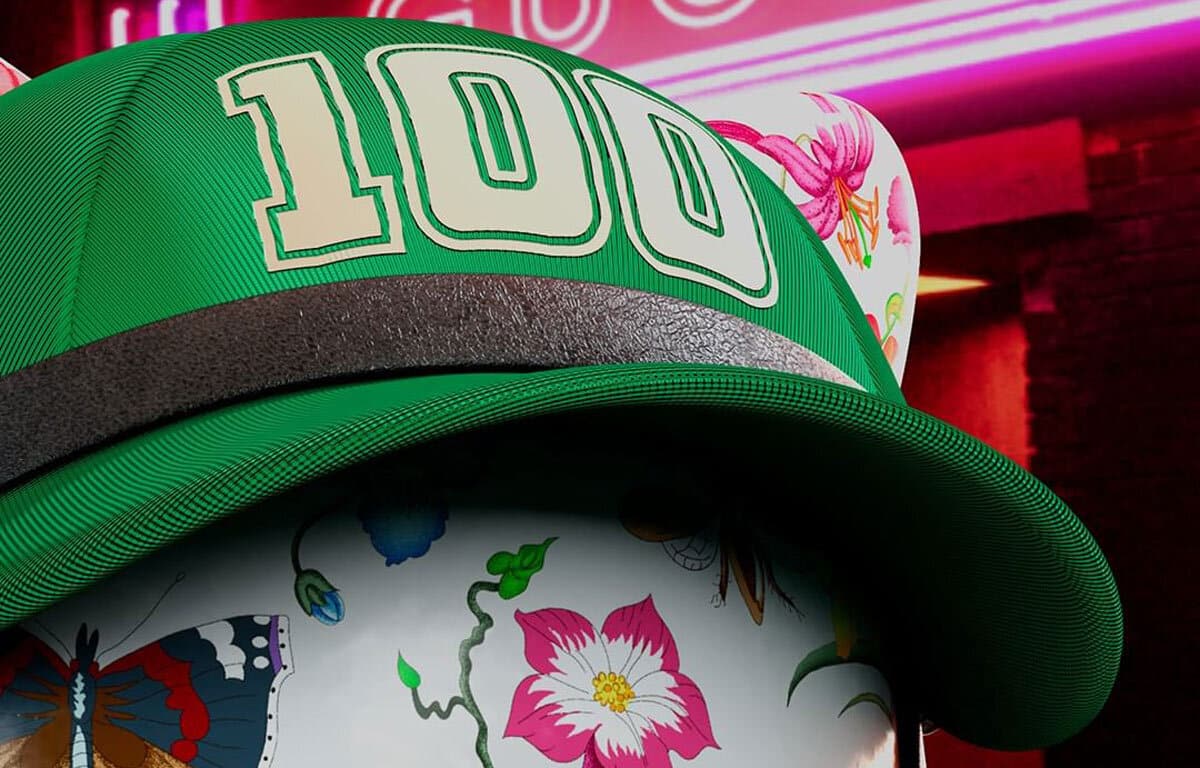 The past week has resulted in our timelines flooding with everything menswear—I personally was eyeing up Jeff Goldblum’s awkward yet insanely hot walk for Prada’s FW22 show—but now another iconic fashion moment is on everyone’s lips and guess what it’s about? NFTs—shocker, am I right? If you’re in the know-how on everything fashion, then you’ll remember a cheeky little teaser Gucci and SUPERPLASTIC—a global brand famous for its plastic animated creations—dropped earlier this month.

The collaboration, aptly titled SUPERGUCCI, is set to release an extremely-limited collection of NFTs on 1 February. The iconic pairing will be a three-part series with the first featuring the drop of 10 NFT pieces that each come with an “exclusive 8-inch tall white ceramic SUPERGUCCI SuperJanky sculpture, hand-crafted by Gucci’s own ceramicists in Italy.” For those new to this world, SuperJanky’s are the very popular designer toy-figurine produced by SUPERPLASTIC.

With only 250 available, the series combines Gucci’s iconic design motifs with these infamous symbols of SUPERPLASTIC—a combination made possible by co-creators Alessandro Michele (Gucci’s head of design) and the synthetic, virtual artists Janky and Guggimon (who exist in the digital world). Such designs have been teased in the above images. Speaking of the digital world, the collection finds itself as part of the Gucci Vault.

Gucci Vault, announced September 2021, was part of the fashion house’s movement into the digital space. “Vault is an online concept store, mixing together old and new: old Gucci, and a tranche of new designers, all specially curated by Michele and his magpie eye,” AnOther Magazine wrote. Now, the experimental store is planned to join the metaverse with a unique sale.

Heads up blockchain bros and cryptoqueens, SUPERGUCCI NFTs will be available to purchase from 1 February on SUPERPLASTIC via Gucci Vault.