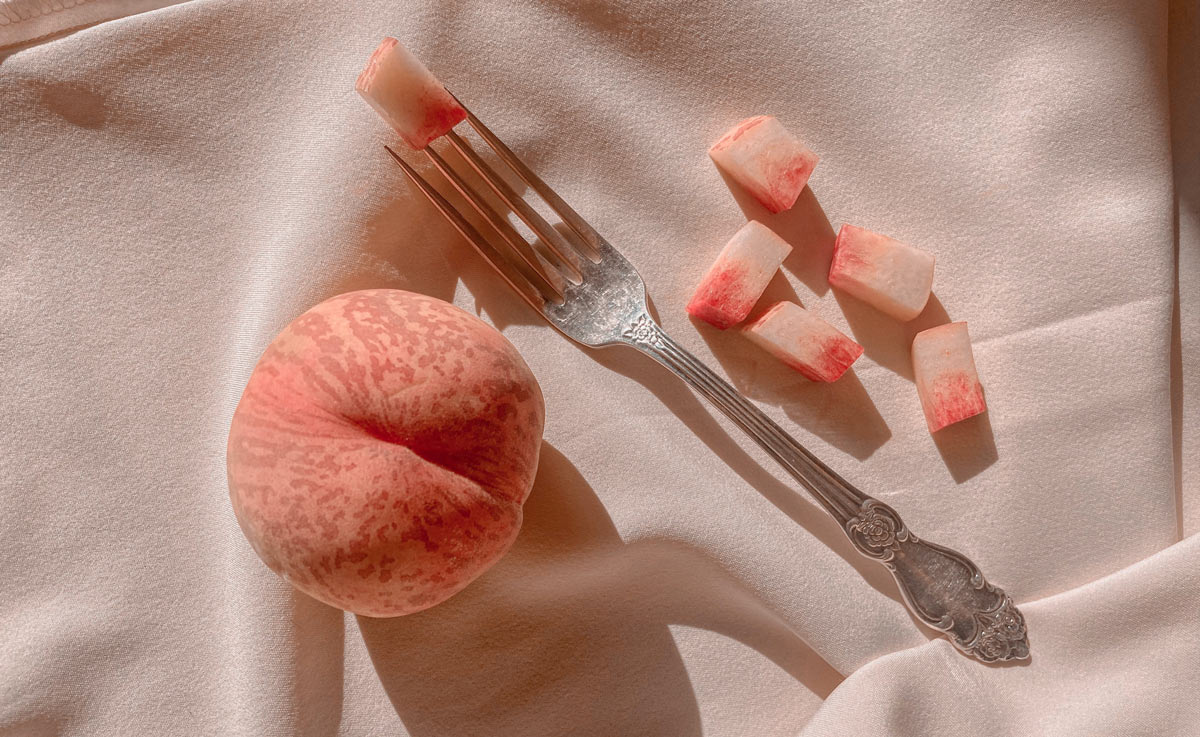 We have been constantly plagued with different diets to achieve weight loss: intermittent fasting, keto, juice cleanses, paleo, Weight Watchers and of course, the most common, CICO. While there are many benefits and evidence for such a diet, there are also some serious catches. But first, let’s breakdown how this specific dietary plan work

What is the CICO diet?

The CICO diet is an abbreviation for the term ‘calories in, calories out’ and is a regime that consists of consuming fewer calories than those you burn. It is perhaps one of the most common and popular gateways into the world of weight loss. The idea behind this dietary method is that as long as you’re consuming enough for your body’s essential needs, you can eat whatever you want and lose weight since you’re in a constant calorie deficit. And, for most, it seems to work.

Just one scroll through the CICO diet subreddit will boast hundreds of successful weight loss results, with individuals often using a calorie-tracking app to calculate their necessary caloric consumption. But while it may help you lose weight, that does not mean it’s a perfect method for healthy eating and living. It only works as an approach when people use the method the right way. Every dietary approach comes with a catch, here are four.

1 Nutrients are more important than calories

According to this method, if you maintain your specific caloric deficit, you can eat anything. So, technically, you could eat chocolate all day as long as you don’t go over your total calories for the day. This concept has caused many to believe that all calories are created equal and that is simply not true. This can lead people to choose eating a packet of crisps over an avocado, because it may contain less calories, even though the nutrients and benefits of the avocado obviously far outweigh the irresistible crisps. Even if this way of eating successfully leads to weight loss, your body could suffer nutritionally.

Sports nutritionist and dietitian Robbie Clark explained to The Huffington Post that the way we metabolise and breakdown the energy from calories is not one-size-fits-all—many factors are at play and different calories (those from unhealthy foods and those from nutrient-dense foods) have different effects on the body.

“Healthy, nutrient-dense foods will keep hunger at bay, help maintain stable blood glucose levels, reduce cravings, and allow your brain to signal to your stomach that it’s full,” Clark said. Whereas, ironically, reaching for those unhealthy foods that may be lower in calories could not only cause obvious nutritional deficiencies, but also lead to weight gain. This is because that unhealthy food choice may not keep you satiated for long.

“Nutrient-poor foods will [thus] have the opposite effect, causing hormonal dysfunction, spiking insulin levels, increasing cravings, suppressing satiety signals and encouraging overeating,” he continued. Things that can’t simply be replaced through supplements. Weight loss in this case doesn’t equate to health. So, if you’re gonna try this method (even though it does work in many ways), be sure to eat as nutritionally as possible within your means.

In order to partake in this regime, calorie counting is an essential element of it, and now, with a stream of fitness-tracking and calorie counting apps, it seems dead easy, right? Not quite. There are a number of factors that can throw off the accuracy of your daily count. Take the example of when you’re eating at a restaurant—can you be certain of the calories in that meal? Have you factored in the effect exercising could also have on your calorie count?

Sometimes when working out over a certain threshold, your body can begin to limit the amount of calories used so that you don’t starve—it’s trying to help you. This is extremely difficult to accurately determine yourself but, perhaps the most common reason for inaccuracy can be the tendency to underestimate calorie consumption. One study found that often people forget what they ate or used in preparing a meal and also don’t account for high-caloric drinks, hidden calories or mindless snacking during the day that may be ingested—this can lead to underestimation of consumption and overestimation of exercise.

Something also to consider is the lack of available food options when filling out your diary on a calorie-tracking app. Often, foods and cuisines from different ethnicities and cultures are not accurately represented—your cultural food is not unhealthy just because an app says so. You do not have to limit yourself to plain chicken breast and broccoli.

3 CICO is not sustainable long-term

Speaking to The Express, Doctor Rupy Aujla expressed his concern on diets such as CICO, “The cons surrounding diets usually boil down to sustainability. When you employ a strategy which reduces calories, a very common dietary method, your weight set-point changes.” This means that when your caloric intake rapidly declines, you may go into what’s known as ‘starvation mode’ whereby your body holds on to as many calories as it can and thus, retains as much fat as it can.

“This is why people tend to plateau, despite having a consistent calorie deficit for a long period of time,” Aujla explained. “This also leads to people falling off the wagon because they are less motivated, usually by the three-month mark, so they will regain the weight they rapidly lost.” Not only are there physical reasons for this being unsustainable but mental ones too.

There is huge enjoyment to be had with food and it is definitely a big influence on your mental health. Living in such a restrictive way could severely impact your mental wellbeing. President of the International Society for Nutritional Psychiatry Research (ISNPR), Felice Jacka, stated that “a healthy diet is protective and an unhealthy diet is a risk factor for depression and anxiety,” and explained that there is huge scientific evidence that shows food is just as important mentally as it is physically.

Counting your calories has long been associated with disordered eating and unhealthy behaviours surrounding food. Beat—a charity dedicated to aiding those with eating disorders—told the BBC as part of its investigation into this association that counting calories, especially aided by calorie-tracking apps, only exacerbate eating disorders and make recovery even more difficult. It also found many harmful entries by MyFitnessPal, Lose It! and Lifesum users that showcased dangerous evidence of binge eating, starvation and severe esteem and mental health decline. 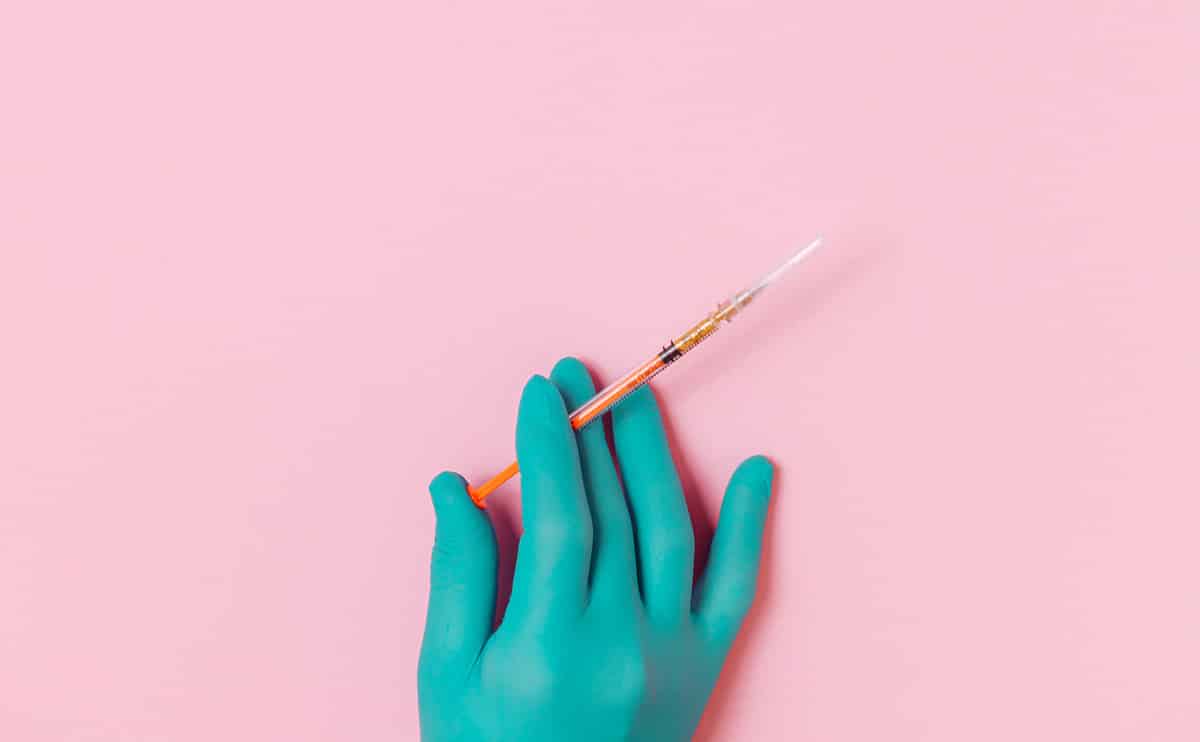 Inside the toxic and misleading world of at-home Botox

Surgical and cosmetic procedures seem saturated in society today, with extremely dangerous methods to achieve ‘the look’ on the rise, young girls and feminine presenting people are at risk. Moveover Apetamin and BBLs, another toxic beauty trend is taking the internet by storm: at-home botox parties.

An obsession with anti-ageing methods is running rampant within gen Z, creating a new boom of baby Botox—also known as ‘preventative Botox’—along with other dangerous ways of procuring and using botox, which are becoming increasingly available.

Keep in mind that Botox can have medicinal value. It’s used to treat migraines, excessive sweating and bladder issues, to name a few. However, when used in a party environment (and paired with alcohol), Botox can be dangerous.

You can order Botox online; yes, to your door, where you would administer the product yourself. Take a quick Google search and you’ll be bombarded by choices, with prices ranging from £100 to £700 for a box of apparent Botox. While Apetamin was swiftly taken down in the UK after the dangers of it surfaced, the availability of online Botox is still here for one simple reason—demand.

According to an investigation initially conducted by Which? that was then reported on by The Guardian 12 years ago, DIY Botox kits were already available online and even sold on eBay back then. The kits’ content often contained the ‘Botox’, needles, saline and a diagram of the face detailing the areas to inject. In 12 years, nothing has changed. In fact, it seems to have only worsened. While in 2009 it was found to be mostly sold on eBay, now there are hundreds of websites dedicated to the product.

Editor of Which?, Sarah Kidner, said, “It’s easy to forget that Botox is actually a poison. We were appalled that we were able to buy a DIY kit so easily and are concerned that the internet is becoming a marketplace for cut-price cosmetic treatments.” This research hasn’t aged well, has it? And wait—it gets worse… Welcome to the world of Botox parties.

Botox parties are a social gathering where Botox injections are readily available for administration. It’s a typical party, booze, snacks and socialising, there just happens to be a nurse (if you’re lucky) standing in the corner with a needle. Sounds like a good time…

The dangerous side effects of at-home Botox

Now, even in a safe, medically professional environment, Botox has its potential side effects. The most common symptoms often involve pain, bruising, redness and even infection at the site; other potential side effects can include the drooping of the face or eyelid, irritation to the eye area, double vision, and difficulty blinking regularly to name but a few. Even when used for medical conditions like the ones listed previously, the product comes with its risks.

In fact, one user took to RealSelf for medical advice over her use of at-home Botox, “I ordered Botox online and injected myself about a month ago. My cheeks went down tremendously but, [they’re] still swollen and yesterday the side area of my eyelid [has] become swollen as well.”

An experienced Botox practitioner, Malti O’Mahoney, told The Guardian, “If you did it yourself, with Botox you could end up paralysing your whole face. Facial muscles are very complex and a lay person would not know this. It is a full medical procedure, requiring a patient’s medical history and detailed consultations before any treatment takes place.”

This becomes an issue, especially when it comes to the fairly recent surge in Botox parties—their safety is wholly questioned. Remember when I said you’d be lucky if you saw a nurse at a party? Well, often there is no guarantee that the individual administrating the injections is even a licensed professional or, at the very least, experienced. It may be no different to the dangers of you doing it yourself.

Despite Botox being not directly harmful in small medically approved doses, it is still a toxin and, although rare, could cause side effects or even an allergic reaction. Because of this, if something goes wrong, there is no appropriate immediate medical attention that you would receive if visiting a clinic. Especially if you’re at a party and drinking alcohol. I don’t know about you but some of the parties I’ve been to have hardly been sanitary.

To make matters worse, the ‘Botox’ readily available online and at (unlicensed) Botox parties is unlikely to actually be Botox. Cosmetics Business reported that the Food and Drug Administration (FDA) had broadcast warnings in 2015 and 2017 on the distribution of fake Botox and fillers online; the market is largely unregulated and reportedly, possibly fatal. In fact, it’s pretty easy to determine the fakes since real Botox is a copyrighted trademark made by one company.

That one company is Allergan, a pharmaceutical corporation that is the sole manufacturer of authentic Botox, which is sent directly to medical practitioners and must be kept at a controlled temperature. Cosmetics Business (in collaboration with Red Points data) disclosed that counterfeit beauty products shot up during the COVID-19 pandemic, “with 74.14 per cent of cosmetics brands seeing a spike in cybercrime.” The dangers become even higher when knowing that counterfeit products are often cut with toxic and unsafe ingredients such as lead, mercury and even cyanide.

There’s no shame in getting Botox if that’s what you want to do—no judgement here—just make sure that if you’re going to get it, you get it the right way. Go to a bloody doctor.