Earth may have lost up to 60 per cent of its atmosphere composition. Here’s how – Screen Shot
Deep Dives Level Up Newsletters Saved Articles Challenges 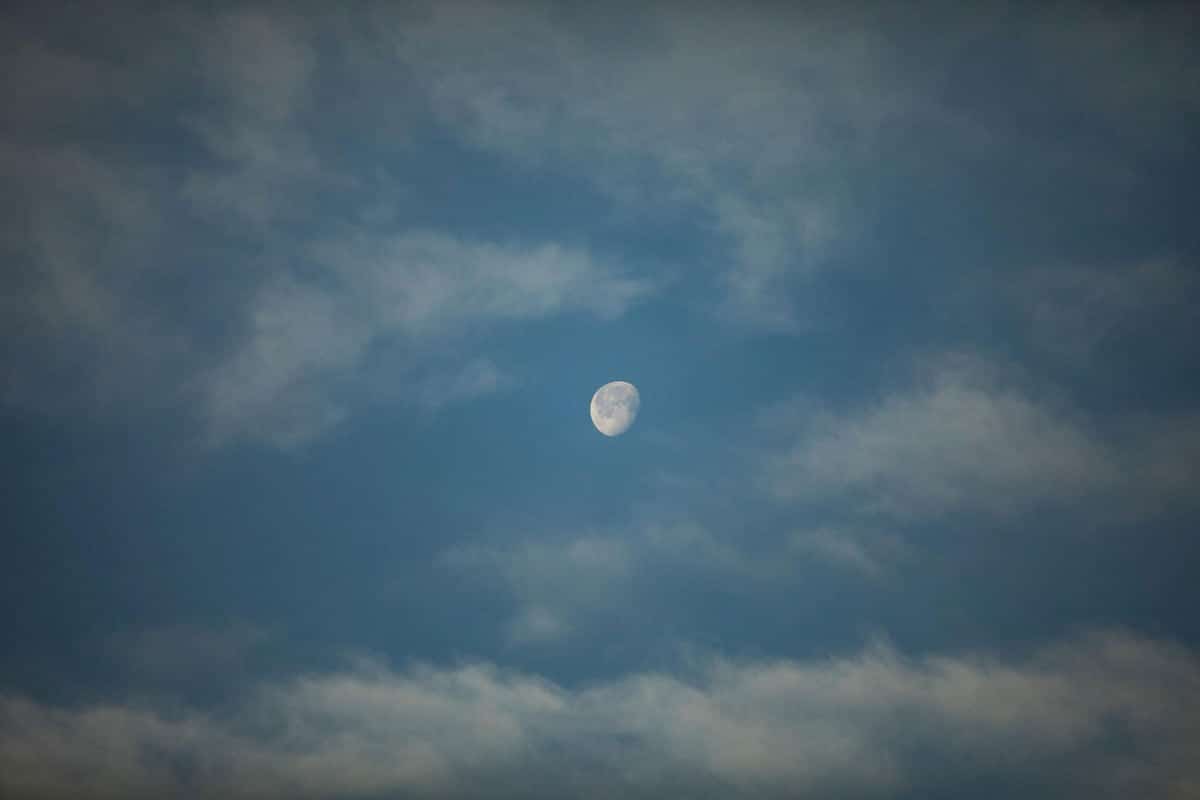 Earth may have lost up to 60 per cent of its atmosphere composition. Here’s how

A study based on 300 3-D computer simulations, led by Durham University, is looking at the consequences that rocky planets with thin atmospheres face due to the impact of extraterrestrial collisions. Findings that have been published in The Astrophysical Journal Letters could potentially be used by astronomers who are studying the Moon, which has been thought to have formed following a collision between a Mars-sized rock and Earth. Here’s why this is so important to understand.

Lead researcher Dr Jacob Kegerreis from the Institute for Computational Cosmology at Durham University and his team have developed a way of revealing the scale of atmosphere loss or gain during planetary collisions. Kegerreis said in the published letters that “the puzzle about how the Moon formed and the other consequences of a giant collision with the early Earth is something that scientists are working hard to unravel.”

The angle, speed or size and mass of the planet collision affects each of the planet’s atmosphere in a variety of ways. Researchers looked into a part of the study using these supercomputer simulations.

Kegerreis continues that “while these computer simulations don’t directly tell us how the Moon came to be, the effects on the Earth’s atmosphere could be used to narrow down the different ways it might have been formed and lead us closer to understanding the origin of our nearest celestial neighbour.”

Computer simulations reveal that Earth could have lost anywhere between 10 to 60 per cent of its atmosphere in the collision that is thought to have brought our Moon into existence. The findings from this study lead us to the development of a new way to predict atmospheric loss in rocky planets that have been involved in a collision.

Evidence suggests that slow giant impacts between young planets and massive objects could add significant atmosphere to a planet, if the impactor also has a lot of atmosphere. This is completely dependent on where, how and how fast the two planets collide.

For example, if two objects collide head on and the larger object’s velocity is greater, the smaller object and its atmosphere is likely to be entirely obliterated. If the collision is off kilter or grazed, (imagine a pool ball being hit on the side to aim another ball in a certain direction) it may be more likely for a swap or introduction of substances and in this case, a loss or gain of atmospheres, to occur.

Co-author Dr Vincent Eke stated that “At the moment it appears that the amount of atmosphere a planet loses due to these collisions depends upon how lucky or unlucky they are in terms of the type of the impact they suffer.”

Why is it important to understand the impacts of planetary collisions?

The Moon is believed to have formed about 4.5 billion years ago after a collision between a young Earth and a giant impactor, possibly the size of Mars. This could have caused Earth to lose 10 to 60 per cent of its atmosphere as mentioned above, which brings me to question how Earth was forming as the young planet it was before the collision occurred to the forefront. In other words, would Earth be looking completely different today had it not collided with this impactor so many years ago?

Fellow researcher and co-author Dr Luis Teodoro from the School of Physics and Astronomy in Glasgow also stated in the The Astrophysical Journal Letters that “This major suite of planetary simulations also sheds light on the role of impacts in the evolution of earth like exoplanets.”

Kegerreis continues that this research “would feed into models of planet formation as a whole. This in turn will help us to understand both the Earth’s history as a habitable planet and the evolution of exoplanets around other stars.” On a purely scientific note, understanding the history of our existence may or may not lead us to predict potential threats to our existence. As much of the miracle that Earth and its atmosphere truly is, even miracles are linked to a consequential web.

On another note, as good as predicting potential threats sounds, there remains one thing that doesn’t need any predicting anymore and yet still keeps on being ignored by most of us. We could and should worry about a giant impactor coming right at us, but if we keep doing what we’re currently doing—or should I say not doing—there won’t be much left to worry about. There won’t be much left of Earth at all. 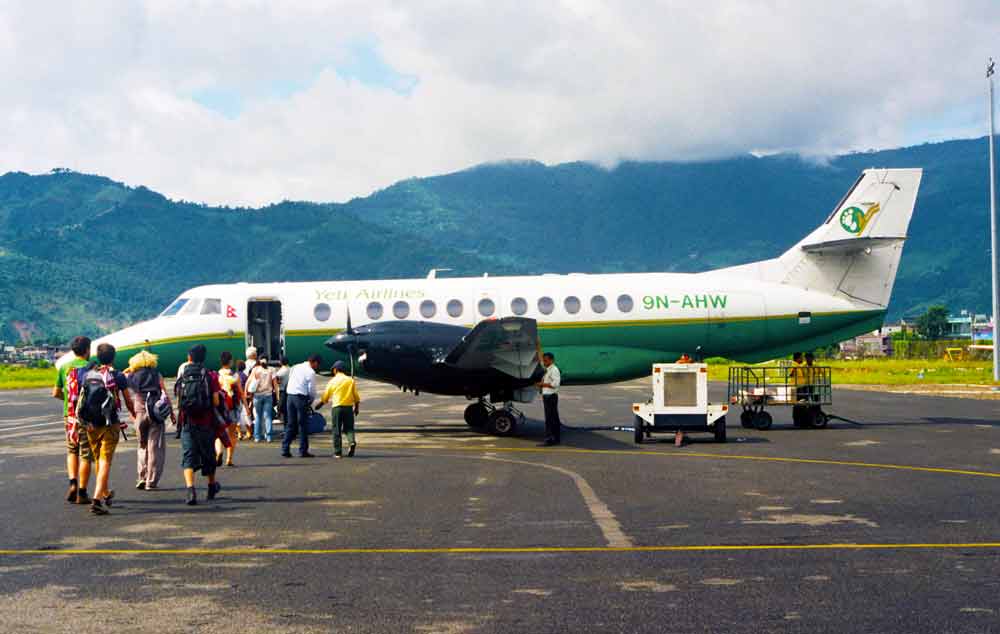 Electric air travel is a thing, but it’s also about 30 years away

As the global village tightens, the frequency of our air travel spikes. For many millennials, London, Paris, New York, Tel Aviv, and Sydney have morphed into an extension of one another. With cheap flights increasingly available, what’s to stop us from engaging in constant air travel?

Unfortunately, our flying extravaganza is exacerbating the emission of CO2 into the atmosphere at a terrifying rate. Situated at altitudes sufficient to shove its plumes of burned fuel right into the atmosphere, airplane transportation currently accounts for nearly 3 percent of all global emissions annually. Doesn’t sound too crazy? Well, according to the EU, the share of international aviation in the global emissions pie will rise to 22 percent by 2050 if we keep thinking that hopping to Berlin for a night at Berghain or spending that extra weekend in Greece bears no consequence on the environment.

Extensive research has taken place in order to figure out a way to replace fuel-burning airplanes with eco-friendly electric ones. Among those who are dead serious about developing a greener alternative to our polluting planes is Airbus, who at the 2018 Farnborough Airshow flaunted its E-Fan X initiative, also referred to as “the next step in Airbus’ electrification journey.” The project, which is done in collaboration with Siemens and Rolls-Royce, seeks to develop a flight demonstrator testing a 2MW hybrid-electric propulsion system. On its website, Airbus declare that the company believes “electric and hybrid-electric propulsion will help the aviation industry meet the goals set out in the Flightpath 2050 Vision for Aviation, which aims to significantly reduce CO2 emissions and noise levels.” The U.K. government has thrown its support behind the project, pledging to allocate to it a portion of the £255 million it plans to invest in eco-friendly aviation technologies.

The ever controversial Elon Musk has also toyed with the idea of developing an electric aircraft, one that would be “capable of vertical take-off and landing (VTOL) and supersonic flight at high altitudes.” In a fun-sponge move, though, Musk conceded that this is not a top priority for him, as he wishes to spend his effort on further developing electric cars, solar energy, and stationary storage of energy (not bad news for the environment, but a buzz-kill nonetheless for those of us eager to maintain our travelling habits with a clear conscience).

An interesting and promising development, however, emerged from an MIT lab where researchers have managed to fly a silent ‘ion drive’ powered by charged air. Throughout the demonstration, the scientists have utilised high powered electrodes in order to ionise and accelerate air particles and forge what they refer to as an ‘ionic wind’. This ionic wind enabled them to fly a five-meter wide device across a 66-yard sports hall. According to the researchers, “unlike the ion drives which have powered spacecraft for decades, this new drive uses air as its accelerant.”

While the MIT team certainly reached a breakthrough, their discovery is far from constituting a guarantee that electric passenger aircrafts will fill the sky anytime soon. The greatest challenge for all green aircraft manufacturers remains battery technology. Presently, no available battery is even close to providing the weight-to-power ratio required to fly an airplane full of people across the sky and against the gravity of the planet. The gulf between us and the coveted battery technology only widens now due to rivalries between corporations trying to guard their ‘secret’ electric aviation technologies and scientists at universities who perform their experiments in a more open environment. The lack of cooperation between the two thus significantly delays any progress in the field.

Some researchers are hopeful, though, indicating that development in the electric car industry will ultimately lead to the creation of a battery capable of flying an aircraft across the ocean. “All things start to converge at some point. Autonomous vehicle technology, electric vehicles, drone development, and electric aviation will all enable each other, and may be pushing these technologies along faster than anybody realizes,” says Don Hillebrand, director of the Argonne’s Center for Transportation Research, in an interview for Wired.

All factors considered, electric aircrafts still remain an asset of the future, as scientists predict no significant breakthrough in this sphere can be expected to occur before 2045 (by which point we will have passed the 12-year deadline to seriously get our act together and significantly reduce CO2 emissions). And so, in the meantime, let us reconsider our travelling habits and contemplate whether we can cut back on a few excursions abroad in the coming years.