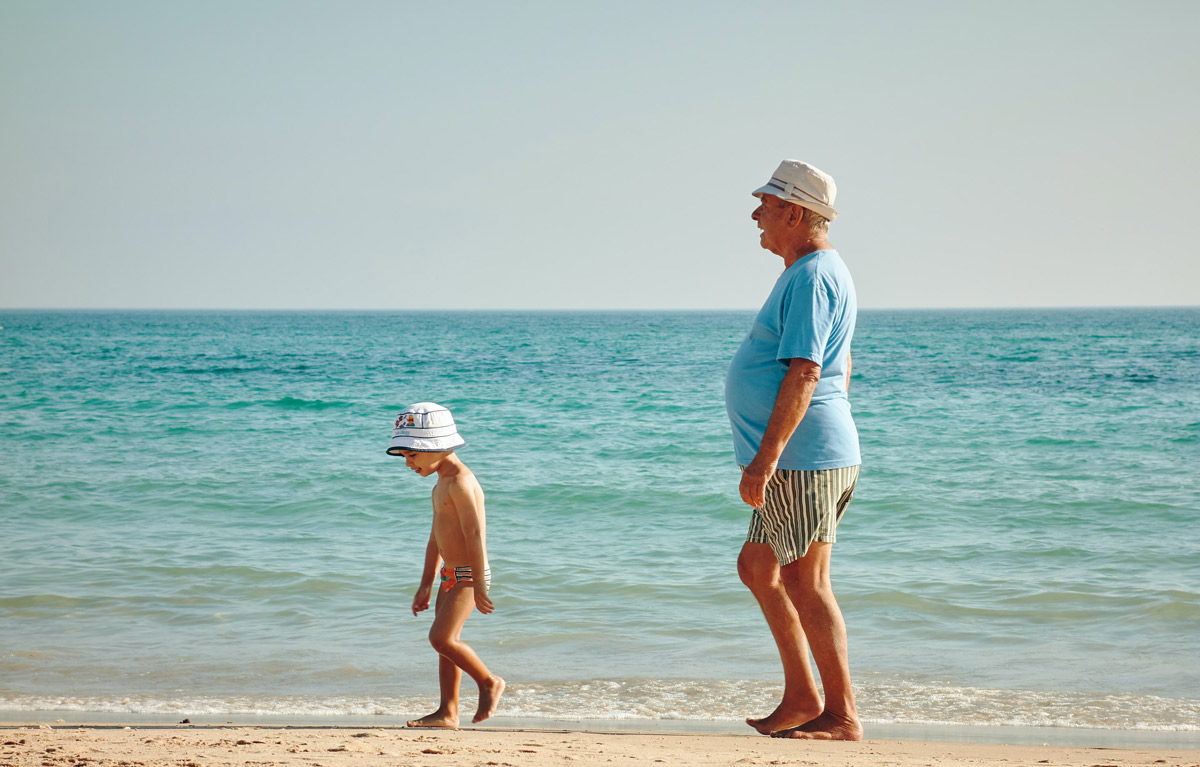 In a recent interview with The Washington Post, Amy Webb, one of the most prominent futurists around, founder and CEO of the Future Today Institute—a “leading foresight and strategy firm that helps leaders and their organizations prepare for complex futures”—and author of the upcoming book The Genesis Machine: Our Quest to Rewrite Life in the Age of Synthetic Biology predicted that, among other things, the way humans procreate will significantly change in coming years. More precisely, Webb says that children will soon have more than two biological parents. Say what?

“What we’re talking about here is a technology that unlocks our ability to be more selective and to intentionally design life,” said Webb while discussing her new book, which was co-written with microbiologist and geneticist Andrew Hessel. “Maybe that means one person using their own genetic material to bring an embryo to term; maybe it unlocks opportunities to select traits from more than two parents,” she continued.

Webb carried on by explaining that although scientists and futuristic experts like herself don’t yet know the full applications for gene-editing technology like CRISPR (“and others that are sure to follow,” as stated by the publication Futurism) she believes the “possibilities” and “optionality” that could soon be offered to those who decide to procreate could be significant.

In both her interview with The Washington Post and her upcoming book, it’s clear to see that Webb has an almost philosophical belief that people should overhaul what they think about how humans are created. In other words, if synthetic biology can offer us, as a society, new options such as removing any age restriction on egg fertilisation or having embryos be gestated outside a human body—why not think further than that? “Forty years into the future, I think it may be the case that there are many parents to one child, or that a 70-year-old and their 60-year old spouse decide to have a baby. Why would we close ourselves off to those possibilities?” she told the publication.

Of course, the question of genetic engineering often leads to many of us worrying about the potential use of such scientific advancements for governmental abuse. But Webb was quick to dismiss those concerns, “We need to acknowledge the geopolitical advantages that some countries might try for by elevating their population’s intelligence and physical traits. But the thought of making pregnancy easier for people who really want to become parents is something we should be embracing. Right now, creating a child relies on chance and serendipity, or enough money for a lot of IVF cycles. It’s shockingly difficult in the year 2022 to make a baby. It shouldn’t be that way.”

As if such alterations to the way humans procreate wasn’t enough, Webb also discussed how it could positively impact the food supply, “There is so much instability in the market because of our incredible reliance on meat. And I think the ideal—I think the plausible outcome, really—is how do we produce meat in a different way.”

In a somewhat abrupt change in topics, The Washington Post went on to mention 5G technology and even drone deliveries. Webb’s verdict? 5G will most definitely change the world, allowing for more online connectivity than ever, while drone deliveries will, quite literally, skyrocket.

In probably her most shocking statement during the interview, the futurist also predicted that smartphones would “go away by 2031.” Instead, she thinks we’ll swap our devices for a new form of technology that will be “worn all over us.”

Let’s be honest here, all of Webb’s prospects are both terrifying and promising—we’re just not sure which of these two overwhelming feelings is currently outshining the other—but one thing is for certain: until we reach the future she has predicted, we’ll have time to sway back and forth from such opinions before making our minds up. 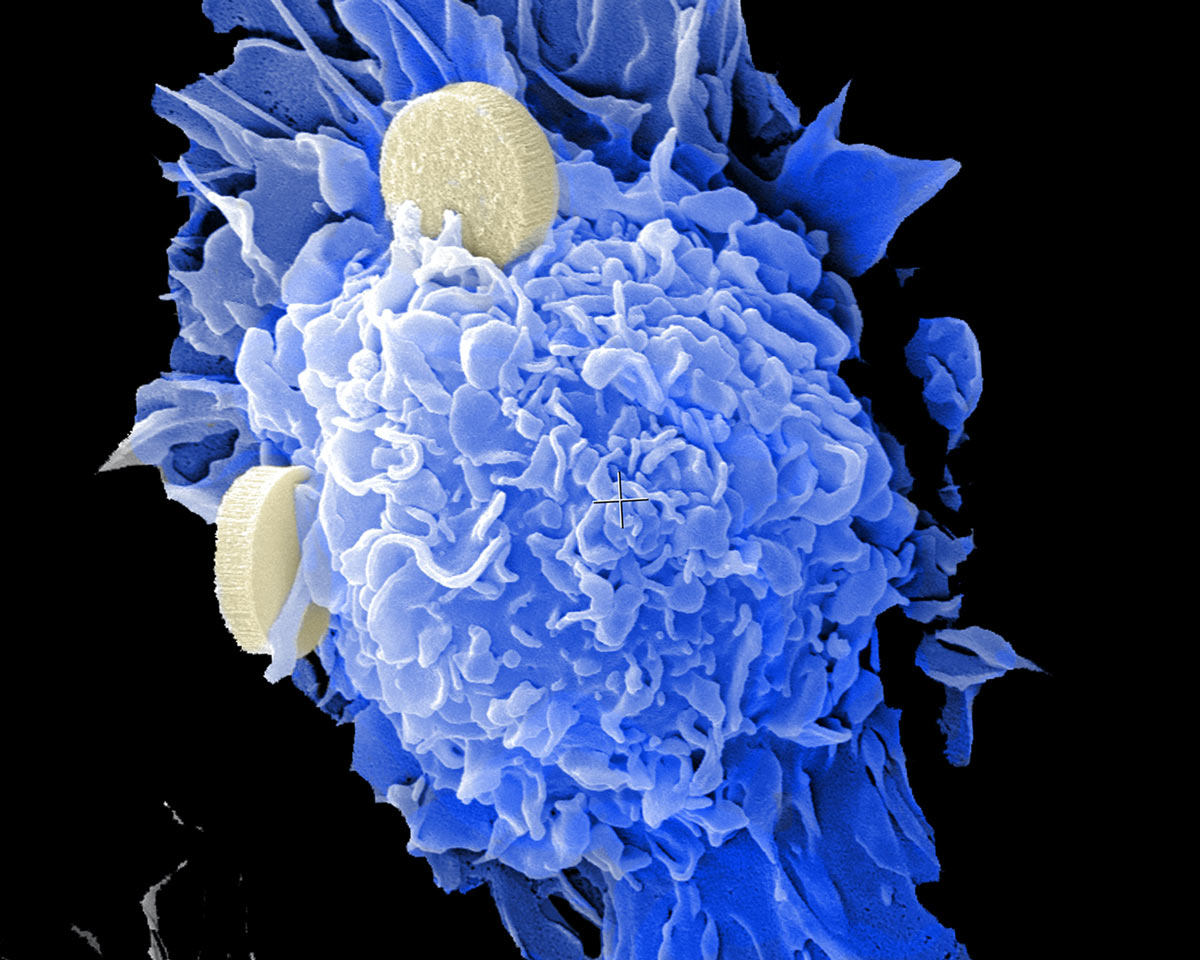 Picture this, a world full of zombies outside your door. You recognise one. It’s your neighbour, the nice one who always smiles at you when you pass their house on your way back from your daily shop. They stayed inside the past couple of days due to a bug that got passed around and are now banging furiously on your door to feast on your brain. ‘How did this happen?’, you ask. I blame gene editing. Let me explain.

What is gene editing?

Gene editing—also known as genome editing—is defined as “the manipulation of the genetic material of a living organism by deleting, replacing, or inserting a DNA sequence, typically with the aim of improving a crop or farmed animal or correcting a genetic disorder.” In simpler terms, just like an Instagram influencer might edit a selfie in Photoshop to smooth out some skin imperfections and make their waist appear smaller, scientists have managed to do the same thing to an organism’s DNA strand and in turn modify it to their liking.

Several approaches to genome editing have been developed. A recent one is known as CRISPR-Cas9 (often shortened to CRISPR), a system which has generated a lot of excitement in the scientific community because it is faster, cheaper, more accurate, and more efficient than other existing gene editing methods.

Previous research using CRISPR has shown that it can turn normal fat into energy-burning cells and even led to the world’s first genetically edited babies, ‘made’ by Chinese scientist He Jiankui. Long story short, gene editing and everything that it represents for the future is pretty crazy.

What could go wrong with gene editing?

Before we can even look into the risks that come along with genome editing, it’s important we first explain who exactly would maliciously use such scientific progress. Introducing bioterrorism, “the intentional release of viruses, bacteria, or other germs that can sicken or kill people, livestock, or crops.” Whether it might be from reading one too many science fiction novels or binge watching too many apocalypse films on movie night, the looming threat that one day humans will destroy ourselves is ever-present.

As stated in The Conversation, “With recent advances in gene editing, it may be possible for bioterrorists to design viruses capable of altering our behaviour, spreading such a disease and ultimately killing us. And chances are we still wouldn’t be sufficiently prepared to deal with it.”

While we do live in an age of conspiracy theories, wacky theorists may actually have a case here. Allow me to present you zombification—yet another concept horrifying enough to make your heart race.

What’s zombification got to do with gene editing?

Currently, the COVID-19 pandemic has shown us just how unprepared we are for, well, everything. I mean, do you remember when people were stacking milk and toilet paper into their shopping carts with party hats taped to their mouths? This War of the Worlds-esque behaviour could in fact become even worse as we start turning into our own horror fiction villain.

What if the real threat wasn’t COVID-19 anymore, but a “gene-edited pathogen designed to turn us into zombies,” straight off the set of The Walking Dead, or “ghost-like, agitated creatures with little awareness of our surroundings?” pondered The Conversation.

In fact, zombification is already present in our world and occurs quite frequently within nature. Perhaps the most well known type is rabies—a contagious and fatal viral disease of dogs and other mammals, transmissible through the saliva to humans and causing madness, convulsions and death.

When it comes to CRISPR, the tech’s ability to edit the human genome with unprecedented precision, replacing one single letter in the DNA—which is very tricky to do by the way—has shown its star power to treat genetic conditions such as sickle cell disease, beta thalassemia, and many others.

But CRISPR could be used for much darker purposes, such as bioterrorism. It has the ability to alter pathogens to make them more transmissible or even worse, fatal. It could also turn a harmless non-pathogen, such as the microbe, into an extremely aggressive virus. The technique even has the capability of altering a virus to make it a dangerous threat to a wider range of species than it currently infects, or make it resistant to antibiotics or antivirals as Pin Lean Lau, a Lecturer in Bio-Law at Brunel Law School, Brunel University London, posited.

You’re probably thinking that a zombie-like disease, if it could be created, surely wouldn’t make the dead pop back out of their graves as reawakened brain-hungry monsters. While you may be right there, an infection passed through saliva with an extremely high transmission and mortality rate, if it caused extreme agitation and destructive behaviour, or even death, wouldn’t be far off from the horror that movie theatres capitalise on every time a new zombie blockbuster comes out. Such a virus travels from human to human without effort, similarly to diseases like the Ebola and Marburg viruses.

With this in mind, it’s not at all surprising that the former Director of US National Intelligence, James Clapper, termed gene editing “weapons of mass destruction and proliferation” in 2016, as first noted in Insider. The Guardian also reported that Clapper had raised fears about “rogue scientists” possibly using this technology for their own maniacal pursuits the same year. In 2018, the US government put its foot down and released its first official bio-defence strategy, which involved a whole host of governmental agencies. The document detailed plans about everything from deliberate bioterror threats to “naturally occurring outbreaks and infectious diseases that escape a lab accidentally.” Even more interesting, the US Department of Defence Strategic Command unit has issued a training programme called CONOP 8888 (Counter-Zombie Dominance), which actually simulates a zombie apocalypse scenario.

So, what can we do to stop a potential zombie apocalypse?

Before you lose hope and fall into despair, it’s important for you to be aware of the fact that we do have international law conventions on biological and chemical toxins. In the US for example, there are strict laws that prohibit states from acquiring or retaining biological weapons. But do these really work against these new threats?

In June, a World Health Organisation (WHO) expert committee published two reports—the first offered a series of recommendations around gene editing, and the second set up a framework around governance—in order to put forward a set of ideas around how human genome editing could be governed at the appropriate institutional, national and global level. The framework presented possible regulatory authorities or national guidelines regarding gene editing and similar technological techniques. For example, one section suggested that trusted ethics committees weigh in and review clinical trials and approvals in the area.

It must be noted that the WHO is not in a position to regulate genome editing in individual countries—these are unfortunately only suggestions, as sensible as they may be. Therefore, the fate of the future does lie within individual countries’ judgement to implement these recommendations as part of their own national law—cue the eye roll. I definitely wouldn’t hold my breath either, since another problem is already rearing its ugly head; the guidelines don’t even touch the surface on the issue of safety or efficacy around how to handle gene editing—it was stated that this wasn’t part of the scope of the review.

For now, these recommendations are the closest thing we have to a global framework of governance. As the technology continues to develop, it can only be hoped that they will also evolve accordingly. But ultimately, we may need to think about how to make such frameworks legally binding.

The future may not be entirely bleak, but we might have to start hitting the gym and brushing up on our survival skills—we might even have to start saving if we want to afford a billionaire doomsday bunker one day.