What is the life cycle of a star? – Screen Shot
Deep Dives Level Up Newsletters Saved Articles Challenges 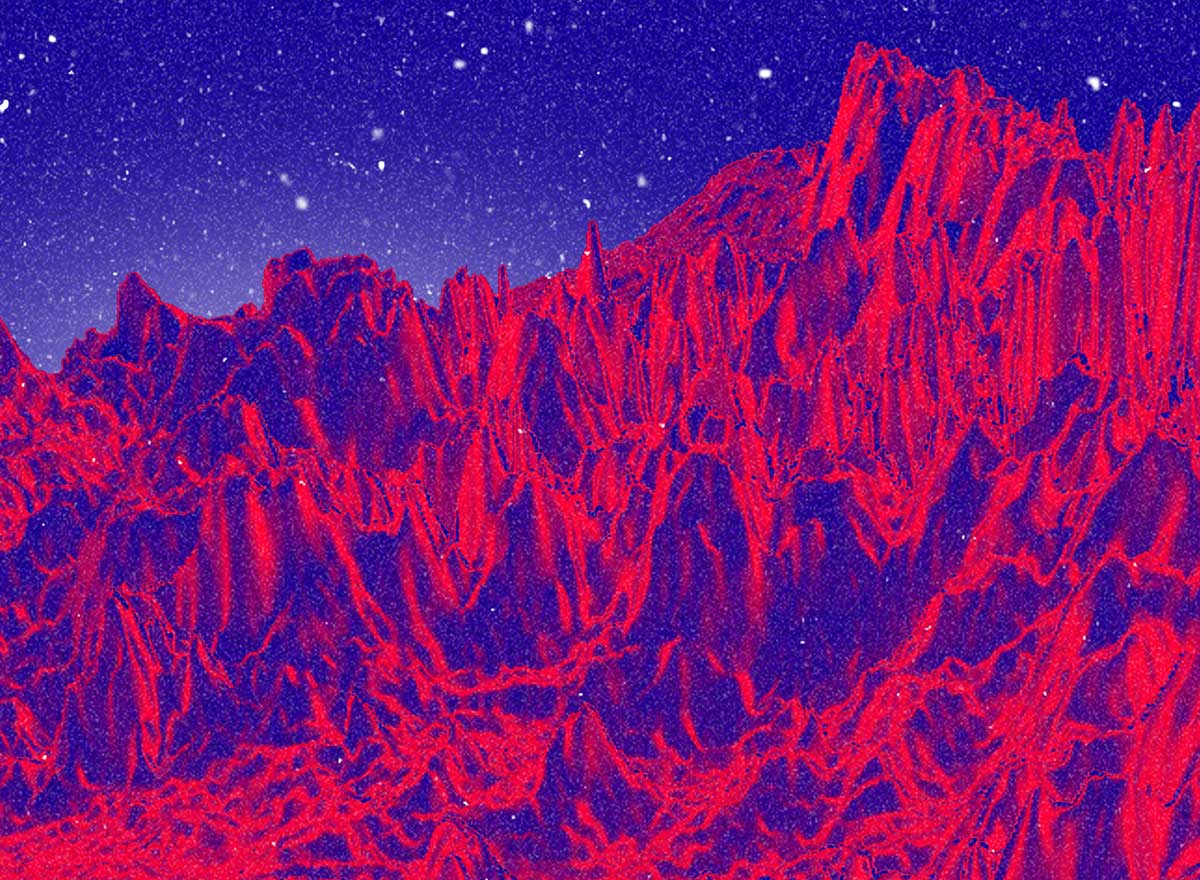 What is the life cycle of a star?

All stars begin their life in the same way, a star’s life cycle is determined by its mass—the larger its mass, the shorter its life cycle. The mass is determined by the amount of matter that is available in its nebula, which is the cloud of gas and dust that it was born from. How are stars born exactly, and what happens to them when they die?

How are stars born?

First, you need a cloud of dust and gas, also known as a nebula. Nebulae are mostly composed of hydrogen gases. Over time, the hydrogen gas in the nebula is pulled together by gravity which makes it spin. As the gas spins faster it heats up, and if large enough, it can collapse under gravity to form a protostar—then finally, this becomes a main sequence star. This is a stable stage in the cycle of a star. The hydrogen nuclei then fuse together to make helium, and the process releases energy which keeps the core of the star hot. The cloud contracts a little and begins to glow brightly, and it also finds a balance between the outwards radiation and the force of gravity pulling inwards. The main sequence star is how it remains for millions to billions of years, which is the same stage that our Sun is at right now.

As the main sequence star glows, the hydrogen in its core is still going through nuclear fusion, but when the hydrogen supply in the core begins to run out the star will no longer be generating heat by nuclear fusion, which reverses the stability found before and the star will begin to contract. Larger nuclei then begin to form as the outer shell of the star starts to expand, and as it expands, the star cools down and glows red. Much like coal on a fire. This is the red giant phase, known as a red giant star.

How do stars die?

In the core of the red giant star, helium fuses into carbon. All stars evolve up to the red giant phase, but the difference in masses between stars is what determines what path each star will take from there. Our Sun is a low mass star, and once the helium has completely fused into carbon the core of it will collapse again, as the core collapses the outer layers of the star are then expelled, almost like a shedding of skin. A planetary nebula, made up of the outer layers that the red giant star has shed then forms, leaving the core, which at this stage is called a white dwarf star, surrounded by its debris. Eventually, this will cool further to become a black dwarf.

On the other hand, if a star has a high mass, it will go through the same process up through to the main sequence, and then by the phase of the red giant where the lower mass stars change into white dwarfs. The larger mass stars will undergo a massive supernova explosion, which is the end of these larger stars’ lives, leading them to distribute much of the elements formed prior to the explosion across space. If the remnant of the explosion is one and a half to about three times as large as our Sun, it will become a neutron star, which is the imploded core, and it will remain as such. However, with a star even bigger than that, it will do something quite different.

The force of gravity overcomes the nuclear forces that keep protons and neutrons from combining, which basically means that the star is effectively swallowed by its own gravity in the explosion. This transforms it into a black hole, which is an object whose gravity is so monumentally strong that not even light can escape its force. In fact it attracts any matter and energy that comes near it, and in a sense, gobbles it up.

In the first moments after the Big Bang, the universe was tremendously hot and dense. The universe then cooled and gave birth to conditions that formed the building blocks of matter, the quarks and electrons of which we are all made. Quarks began to aggregate, which produced protons and neutrons, which then combined into nuclei. Meanwhile, the universe continued to expand and cool until finally electrons became trapped into orbits around nuclei, forming the first atoms. These atoms were hydrogen and helium, all the other elements that we are surrounded by today have been produced by nuclear fusion reactions in stars and supernova explosions since then. Let that thought sit with you for a little bit. 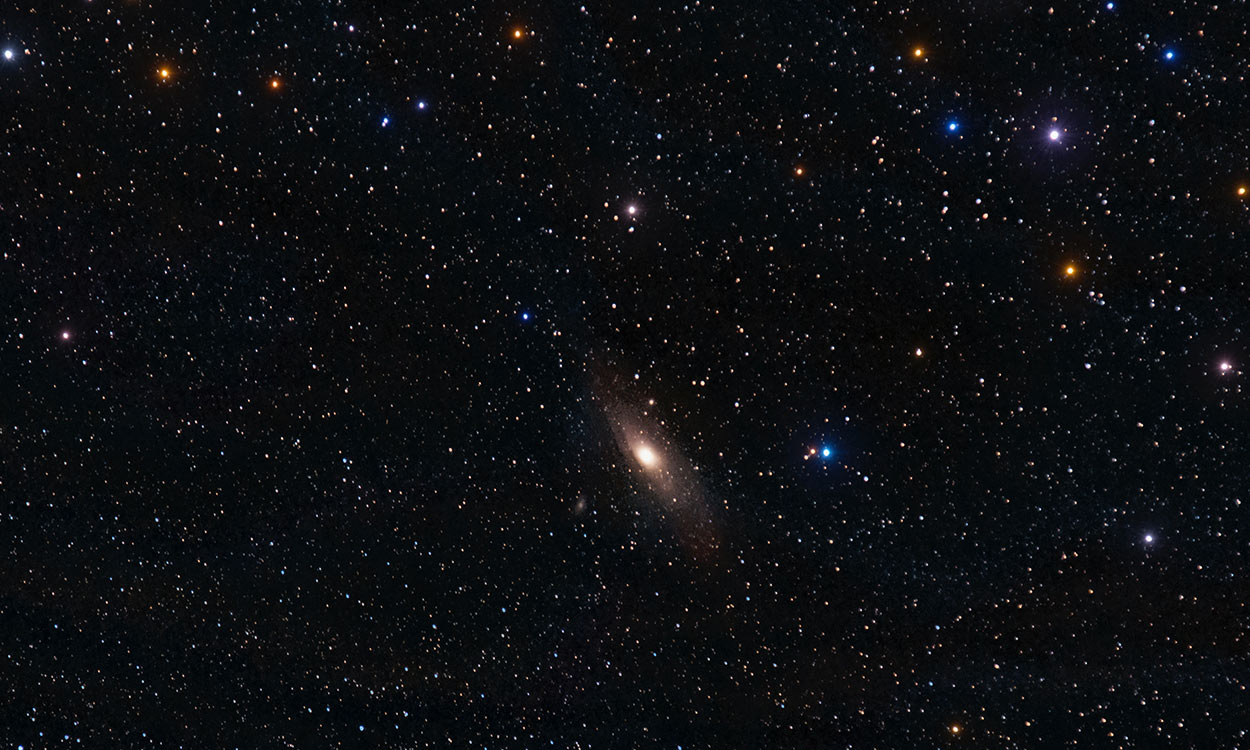 Our universe has a speed limit, and this limit is set by the speed of light which travels at the mind boggling pace of 186,282 miles per second, or 299,792 kilometres per second. That’s 670,6 million miles per hour, or 1.1 billion kilometres per hour. Basically, if you had the ability to travel at the speed of light, you would be able to do a complete cycle around the Earth seven and a half times each second. Imagine, for example, the speed at which Liz Truss was—and then very quickly wasn’t—the UK’s Prime Minister. So, when human hour’s turn to years, we’re talking light years in particular, how long would a light year take in human time?

The theory of relativity

Thanks to Albert Einstein’s trusty theory of relativity, which is based on two key concepts—special relativity and general relativity—we can figure this out. In layman’s terms, Einstein’s theory translates as everything is relative, but the speed of light is constant.

To warp your thinking a bit, consider rulers and clocks—these tools mark time and space and are not the same for different observers. However, if the speed of light is constant, as Einstein stated, then time and space cannot be absolute or uniform, they must instead be subjective. Einstein read the relationship between space and time, and noticed that their consequences were intertwined. In fact, space and time can no longer be independent. Don’t worry, we’re almost there.

We as humans have many misconceptions of time and space because time, for one, feels like it’s relentlessly moving forward. Time to us, flows, and has a direction that advances in an orderly fashion. Time has become like a backdrop in which all events take place in space, sequence and durations are measured. So, if you’ve ever felt as though the Kardashians’ ability to continuously create personal brands truly subverts time and space—you’re not alone.

However, this concept is challenged by Einstein’s theory of relativity whereby space and time convert into each other in such a way as to keep the speed and light constant for all observers. In other words, they depend on the motion of the observer who measures them—this is why moving objects appear to shrink. This theory is the infrastructure of our current understanding of the universe. So, how does this all relate to calculating the speed of light then?

Keeping the perspective of a viewer in mind, and bringing in an object that travels (which is essentially what we are measuring here) let’s say, a human that is travelling at the speed of light. To an observer, the size of the human would be miniature, but to the human travelling, they would remain their own size.

Time also passes slower the faster one goes, and mass also depends on speed. The relationship between mass and speed (or energy) is calculated with the formula E=mc^2, where E is energy, m is mass, and c is the speed of light.

Now back to figuring out how long it would take us to travel a light year. If we were to measure distances in miles or kilometres, we would be working with enormous numbers. So, instead we measure cosmic distances in light years according to how fast light can travel in a year. I know, but bare with me.

The time that it takes humans to travel one light year is considerably longer than a year. To put it into context, it takes between six months and a year for us to reach Mars, which in light year terms, is 12.5 light minutes away. It took NASA’s New Horizons spacecraft almost ten human years to reach Pluto from Earth—which is ‘just around the corner’, only 4.6 light hours away.

Let’s say we were a space shuttle that travelled five miles per second, given that the speed of light travels at 186,282 miles per second, it would take about 37,200 human years to travel one light year. That’s a long time, and what would you see? Well, not much, unfortunately. You’d be closer to the centre of our own galaxy, but with a further 26,000 light year distance still to travel.

Will light-speed space travel ever be possible?

Okay, we know how long it’s going to take—albeit might not be as impressive once we arrive—but is there a possible way to travel as far as a light year?

From our current understanding, unfortunately no. According to Britannica, Einstein’s aforementioned theory of relativity clearly states that the speed of light is a cosmic limit that cannot be surpassed. And so, light-speed travel would be a physical improbability—especially if it involved mass, such as a human or spacecraft.

It should be noted that Musk may have once considered pursuing the impossible feat, but I imagine he’s far too preoccupied taking over Twitter.

So, while you may be craving some of the magnificent sights captured by the recent James Webb Telescope, I’m afraid you netizens might have to rely on the confines of the internet.