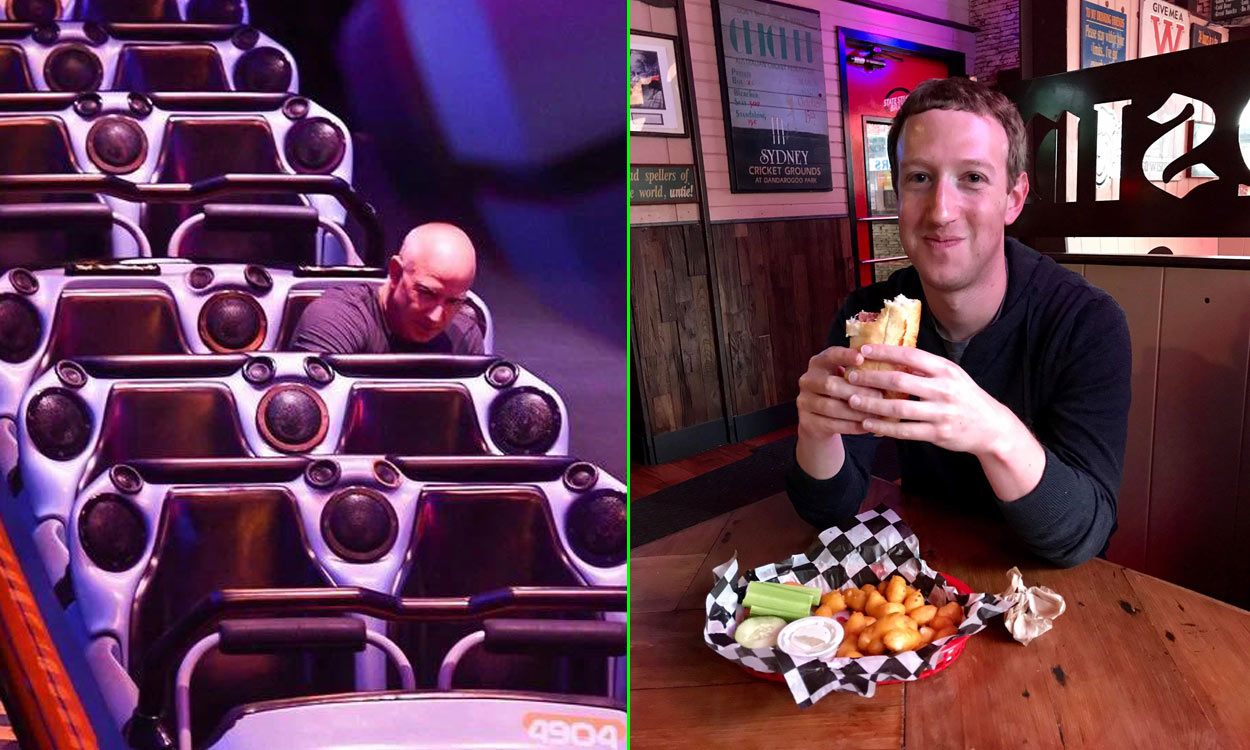 10 images that prove billionaires are just sad and lonely

Back in 2015, Markus Persson, creator of the popular sandbox video game Minecraft, had a public meltdown on Twitter. Addressing the boredom and loneliness triggered into existence following his wealth and lavish lifestyle, the “overnight billionaire” ranted about his isolation while partying with other famous people in Ibiza—along with his inability to find a trusted partner.

At the time, the set of self-deprecating tweets started a conversation surrounding billionaire loneliness and the unhealthy social lives of figures in the limelight. Who will listen to the riches’ troubles? Is it actually better to be wealthy with no friends? Wait, why are these people sad in the first place? Isn’t money supposed to buy, as Eminem once put it, “crazy-ass happiness” and solve all your problems?

Over the years, the argument in question lost its rational roots and became a bottomless pit for desensitised shade targeted toward the uber-rich. Simply put, it became easier to hate billionaires but harder to justify the reasons for the same.

As the world’s richest tycoons like Bill Gates, Elon Musk, Jeff Bezos and Mark Zuckerberg continue to shift their positions on Forbes’ Billionaires List and, in turn, automatically renew their membership to the ‘lonely hearts club’, here are ten images proving that it is indeed sad and solitary at the very top:

2. “Thank you all for telling me to come here…”

“I do not regret it,” Zuckerberg captioned the following image—featuring one of the driest brats mankind has ever laid its eyes on.

4. Look at where you came from…

6. Mirror, mirror on the wall, who is the loneliest billionaire of them all?

7. Okay, this is officially the saddest photo I’ve seen in a while

8. Lord Zucc with all his trusted followers

10. There is an imposter among us 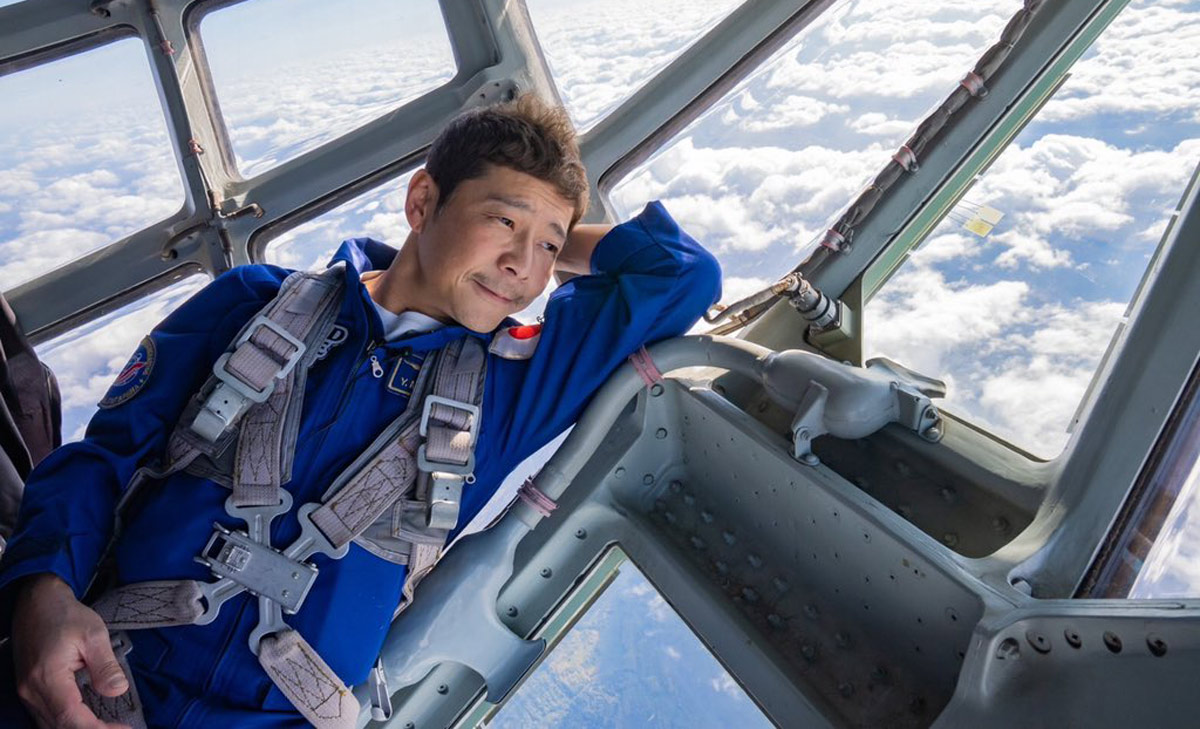 “Japanese billionaire giving away $9 million to Twitter followers to see if money impacts happiness,” was a bizarre headline that graced January 2020. At the time, Yusaku Maezawa, founder of the online clothing retailer ZOZO, Inc., announced that the giveaway was open to anyone with a Twitter account over the age of 13—provided they were residents of Japan. All they had to do was retweet one of his posts to enter and wait for a Twitter DM from the magnate himself. If they were lucky enough, they could be one among the 1,000 randomly-selected followers to receive approximately $9,000 each.

However, this was not the first time Maezawa has sent the internet reeling. In January 2019—New Year’s really seems to rub off on him—he broke a record for having the most retweets on Twitter the day he pledged to hand out $925,000 to 100 randomly-selected users. Now, the 46 year-old is planning to do the same while orbiting our home planet.

Blasting off from the Baikonur Cosmodrome in Kazakhstan aboard a Soyuz spacecraft earlier today, Maezawa is currently on a 12-day trip to the International Space Station (ISS)—making him both the first space tourist to go to the ISS in more than 10 years and the first Japanese private citizen in space since TV journalist Toyohiro Akiyama. “I’m excited. I feel like an elementary school student about to go on an outing,” Maezawa said at a news conference. Accompanied by video producer Yozo Hirano, who is set to document the journey for the billionaire’s YouTube channel, and Russian cosmonaut Alexander Misurkin, the spaceflight is a prelude to Maezawa’s much-publicised trip to the moon in 2023 with Elon Musk’ SpaceX.

Training at a space centre outside Moscow, Maezawa has been chronicling his preparations for months—including demonstrations of a centrifuge and his space suit. The billionaire has also been recruiting fellow space tourists for the 2023 lunar trip using his strong social media presence. Heck, he even invited women over the age of 20 to apply for a “match-making event” in 2020 just so that he could find a female “life partner” to accompany him to the moon and beyond. Oh, to be a single billionaire in space.

Backed with a tendency to overshare his life in tweets, Maezawa—who returns back to Earth on December 20—has announced a giveaway from space. “All money gifts from space,” he tweeted. “The amount of money per person is not uniform for all. It is decided by lottery from several amount patterns… ” Though the entrepreneur did not specify the exact amount he’d be handing out, Bloomberg reported how winners of his giveaway usually receive them via bank transfers. “This time, instead of a lottery, Maezawa has promised that everyone who participates in the handout will win and receive some amount,” the publication noted. While the medium of distribution remains to be released, eager recipients seem to have already jumped on the Twitter thread by announcing how they’ll be utilising the funds from the giveaway.

Listed as Japan’s 30th richest man, with an estimated personal wealth of $1.9 billion (£1.43 billion), Maezawa is well-known for his eclectic background. Skipping college, he joined a punk rock band as a drummer—later establishing a company called Start Today in 1998 to sell rare CDs and records. It was in 2004 that he pivoted to ZOZOTOWN and became a billionaire in his mid-30s. Fifteen years later, however, the mogul resigned from management and sold the fashion marketplace to Softbank.

Nevertheless, Maezawa is now one of Japan’s most flamboyant entrepreneurs, with a penchant for dating celebrities and embarking on shopping sprees—all in a country known for its conformist corporate culture. “He began to attract attention in 2016 when he bought a Jean-Michel Basquiat painting for $57.3 million, and another for $110.5 million the following year,” Bloomberg added. His current trip is estimated to cost more than $88 million as part of NASA’s plans to open up the ISS to business opportunities and eventually replace the station with a commercial clone by 2030.