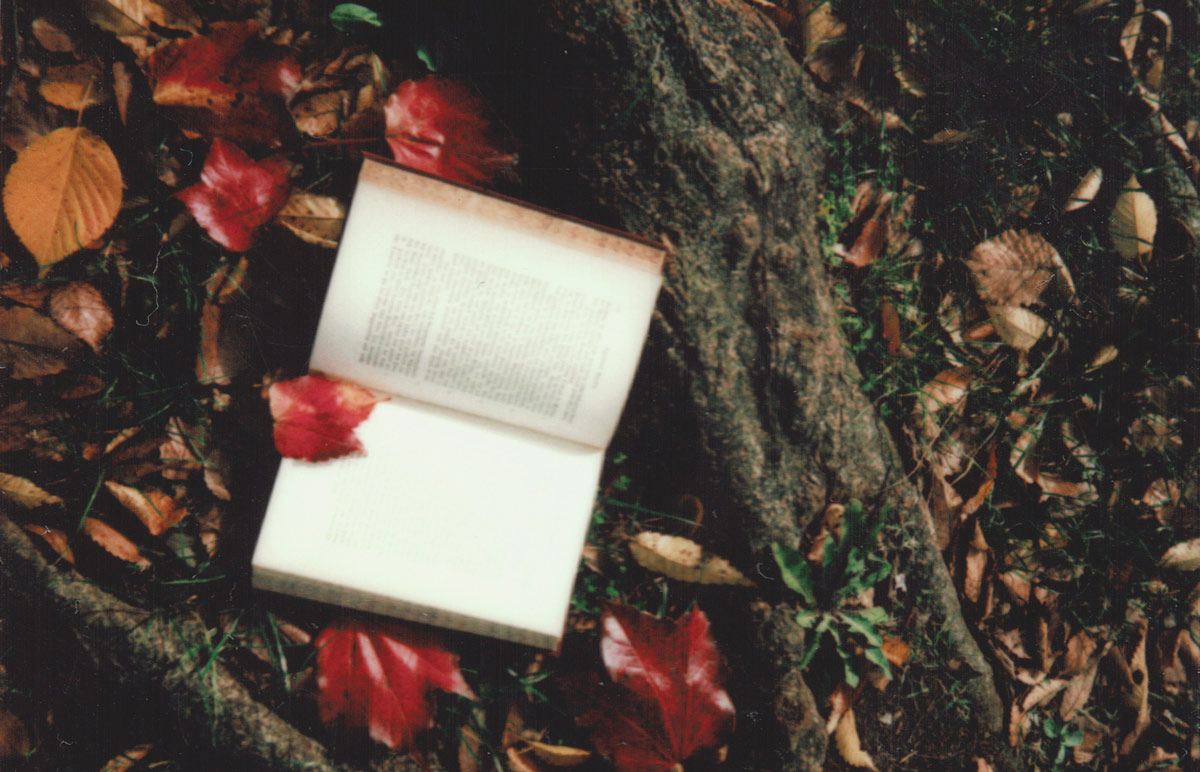 It’s safe to say that we—as in, the whole world since the very first appearance of literacy—have been obsessed with literature for a long time. Depending on which side of the internet you’re on, you might want to take Lea Michele out of this group, but that’s a whole different debate. All of this to say that finding the perfect book is often like finding the ‘one in a million’ pair of Levi’s 501s, or the ultimate Starbucks drink to order; it’s pretty much the highlight of your day, sometimes even month.

Once you’ve found the right fit, a book can stick with you for years and years to come. Some books you hold onto simply because you love the stories they tell, others you treasure because they provide you with feelings of validation and understanding. The publishing industry has a tight grip on the culture and lives we are exposed to daily. With such a strong handle on our social attitudes and perspectives, we really ought to be questioning who exactly is running the show?

Women, now more than ever, are shaping the literary landscape and providing society with amazingly written portraits of the realities, highs and lows, joys and hardships of the layered female experience. Books empower women and provide them with a way to both empathise with a character and to truly understand lives that are completely different from their own.

As best-seller novelist Zadie Smith succinctly put it, “I am fascinated to presume, as a reader, that many types of people, strange to me in life, might be revealed, through the intimate space of fiction, to have griefs not unlike my own.” Though she did also stress the reality of how “some representations are privileged and some ignored.”

Currently, criticism over who holds the authority within the modern literary landscape has sprung from a number of places. There has been a recent and definite backlash from male authors and publishers who argue that there is now disproportionate favouritism towards female fiction and that male authors are the ones being alienated from the literary scene.

You may be wondering whether this criticism is valid or if it is a slightly exaggerated answer from the socially dominant sex to the evolving cultural and gender dynamics that balance the playing field. A large number of senior ranking women within the publishing industry emphasise that, in reality, the far more urgent concern to be addressed is the overwhelming prominence of white cis middle-class women at all levels of the publishing process.

A lack of diversity within the publishing industry is, unfortunately, a well-known truth. A Diversity Baseline Survey taken in 2019 revealed that “76 per cent of publishing staff, review journal staff and literary agents are white.” The research further showed gender identification as 74 per cent cis women and 23 per cent cis men.

A recent open letter published in The Bookseller detailed the harsh reality of rampant transphobia within the book industry—here’s looking at ‘she who should not be named’—and the need for greater accountability and acceptance from publishing organisations.

Academic Nancy Roberts, in her research of diversity in publishing, clearly finds that an immediate sense of “urgency” and “adaptability” requires immediate implementation in order for the industry to correctly address concerns over diversity and inclusion. It is vital that representation is prioritised in both the authors we see and those behind the scenes managing the industry.

There have, of course, been important diversity initiatives introduced to combat such issues, take Hachette’s ‘Changing the Story’ mission. However, one cannot ignore the enormous amount of work needed to be done in ensuring every publishing house follows suit. Online communities like #booktok have now become a new home and, without doubt, a powerful resource for individuals to impact or even shift the market all on their own. This vast social media presence has given those without access to the corporate publishing realm a powerful tool for growing their budding literary presence. Either way, publishing has a long way to go to ensure proper representation is at the very top of the agenda at all times.

With this in mind, here are five fiction books we recommend to get you started for whatever genre taste you have. All of these titles are united in their disruption of today’s definition of womanhood and their fierce finger-up to society with brilliant characters, shining a well-needed light on the stories, experiences and voices that have previously been deemed less important. These books celebrate self-discovery and creativity. Though they only represent a small selection, they’re deeply important and indeed a brilliant start for anyone wanting to collect books for their bedside table.

“This is an important, timely and disarming novel, thirst-quenching and long overdue: one that will be treasured by “any type of black girl” and hordes of other readers besides,” Diana Evans, British novelist and journalist, for The Guardian.

2. His Only Wife by Peace Adzo Medie

“It’s a story to soak up in silence, on a long, cloudy afternoon when you have time to think,” Elisabeth Egan, a reviewer praised for The New York Times.

“A heart-warming tale of self-discovery, of what it means to identify as someone who is looked down by society,” Suyashi Smridhi, writer and journalist lauded in Feminism in India.

“A sharp and visceral novel which bends the horror genre to its will. Tell Me I’m Worthless holds a gruesome mirror up to the way it feels to live now,” Julia Armfield, author of Salt Slow and Our Wives under the Sea hailed in Cipher Press.

5. 30 Things I Love About Myself by Radhika Sanghani

“30 Things I love About Myself is the perfect antidote for today’s stressful world,” said Lori Nelson Spielman, New York Times bestselling author of The Star-Crossed Sisters of Tuscany. 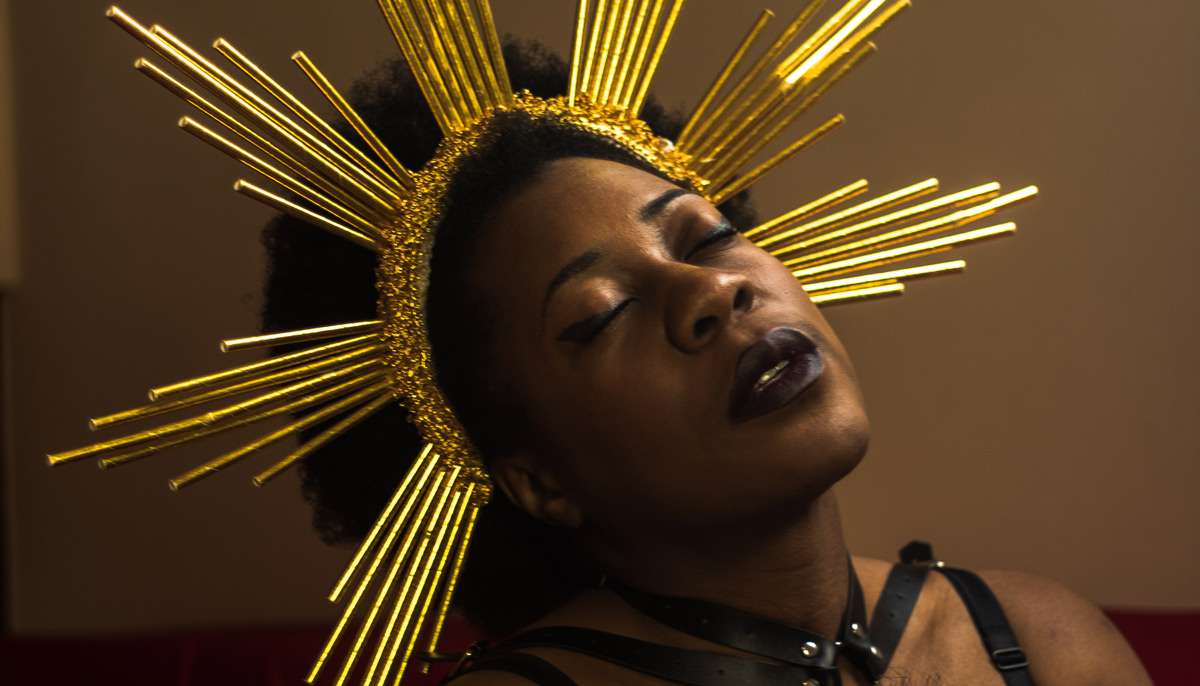 A journey that is now, thankfully, being led by women.

The female frontiers of domination

Aurélie’s upbringing was rooted in femininity. Without a significant father figure in her life, her family life consisted of just one strong woman who raised her children independently. Despite this, Aurélie was still unable to escape the traditional African and colonial-Christian ideals of womanhood in the midst of her adolescence. “When you grow up in an African household, at parties, the aunties only tell the girls to get up and serve the food—but I am wearing heels and tired. Why do I need to do that when the men are wearing sneakers?” she said.

Mistress RaeRae embodies a form of domination that allows for the fluidity of gender to exist—doing away with such gender-restrictive boxes. And in a community where most subs are expected to be women, RaeRae believes that even receivers hold their own power, dominating doesn’t indefinitely equate to ‘the strongest’—further challenging the prevailing ideas of womanhood. “Being a dom has made me understand that there is power even in submissiveness. It isn’t a bad thing to be a nurturer and you don’t lose any power in this because subs are letting the dom know whether they can or cannot continue what they are doing.”