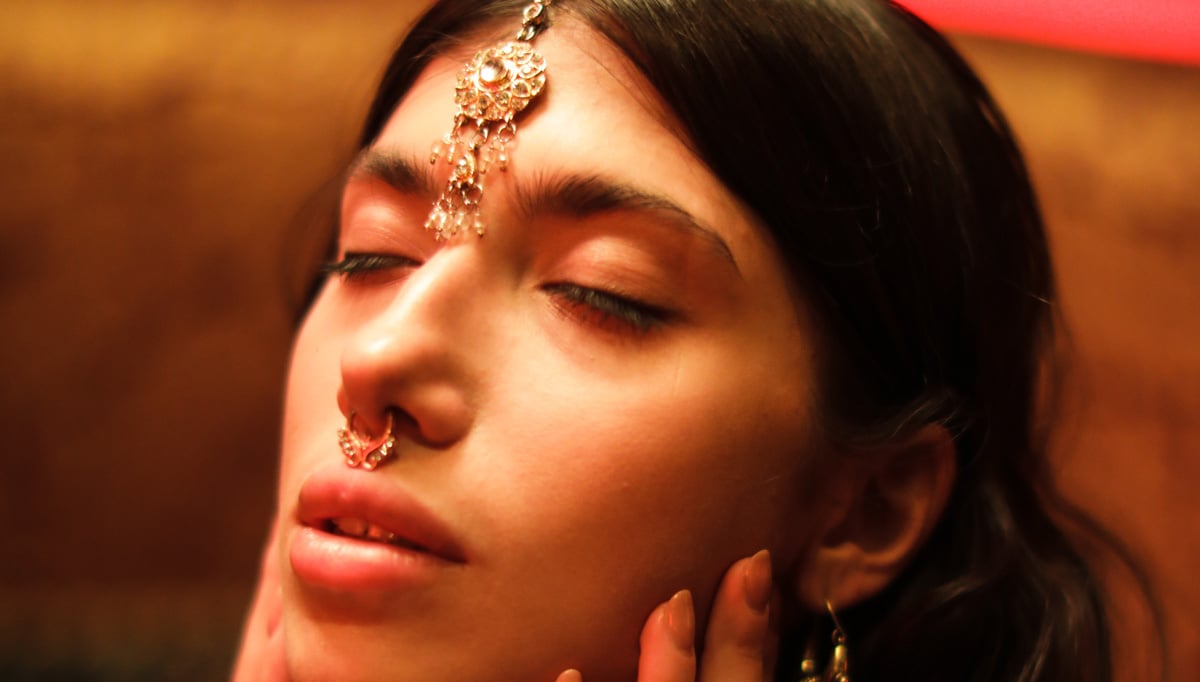 As nose piercings continue to grow in popularity, it is vitally important that we acknowledge and understand the roots of the practice amid the fashion moments that often wipe clean its historical origins. Septum piercings are more than just a wonderful nose accessory or trend—certainly not one birthed by the likes of Western Vogue—it is an aesthetic, cultural, spiritual and even sacred tradition for many cultures and it’s about time we learnt a bit about them.

Historically, nose piercings in India have held not just cultural significance but are greatly tied to spiritual meaning too. Nose piercings found on either (or both) sides of the nose are perhaps the most prevalent—with the left side being more popular among women, with many following Ayurvedic medicine teachings that it is the location associated most with femininity. One Tiktoker, who goes by Mal, has thoroughly educated her followers on the matter.

“Nostril piercings in the septum are also of Hindu origin though I don’t think the cultural practice has been kept up. This is also where I want to talk about the reasons sometimes people will give when it comes to nostril piercings that it’s done to honour the goddess—and that’s why I got the middle of the nostril done too because the goddesses I worship have this nose piercing and I find that it really helps connect me to that presence of them within me,” she explained.

Septum piercing is also a practice found popular among South Indian dancers of traditional dances like Kuchipudi or Bharatnatyam as well as in numerous rural communities of the country. The name given to this piece of jewellery is known to many—such as the Banjara and Adivasi groups—as ‘Nathori’ and “because of the dangling effect of this small piece of jewellery, it was sometimes also called a ‘jhoolna’.”

Nathori is also something traditionally worn among Bengali women as a sign of marriage; however, the practice seems to be on the decline with a preference toward nose studs growing.

The south of Nepal still heavily honours the practice of septum piercing with many, especially older women, still adorning their noses with both septum and nose ring piercings. The jewellery showcased is often a visceral gold to symbolise their religious, tribal or social status in society.

A recent discovery made in 2016 and reported on by NewScientist uncovered a Kangaroo-bone nose piercing that is said to be the oldest known piece of bone jewellery ever found. So you can forget Vogue or Cosmo suggesting it’s a here-to-stay-trend of the 2020s—this ornate piece is aged at 44,000 BC and reflects the incredible cultural significance behind the piercing practice.

According to Aboriginal Art UK, this still holds special spiritual importance today with Marrapinti—a rockhole site located in Western Australia where many believe their nose bone ancestor resides—which is a vital site for ceremonies. Often, women will gather at the sacred space and create nose bone jewellery to honour said ancestor, a practice that still continues to this day.

The art house—a member of the Indigenous Art Code—also cited references to a ‘nose bone ceremony’ that occurs in a young boy’s life when he begins his transition into adulthood whereby he is painted with sacred symbols and pierced in the septum with the relevant bone to tribe or ancestor. Bone piercings are worn by both men and women.

Michelle Langley, who was part of the team to discover and identify the oldest piece of bone jewellery, also added that the meanings behind such a piercing differs between the diverse Aboriginal groups. “I’ve met Indigenous Australians who remember their granddads wearing nose bones for special occasions,” she added. “In some groups, nose bones were only worn by elders, but in others, there were no restrictions, so all men and women could wear them to look more appealing.” Others have documented that the bone piercing was historically used to make the nose flatter—a feature deemed more desirable.

These are but a few of the cultures around the world that have an historical and significant attachment to septum piercings—there are indeed many more—to show just how far back the practice goes. To show that it is more than just the latest superficial trend in the Western world but a sacred home for jewels, gold and bone. 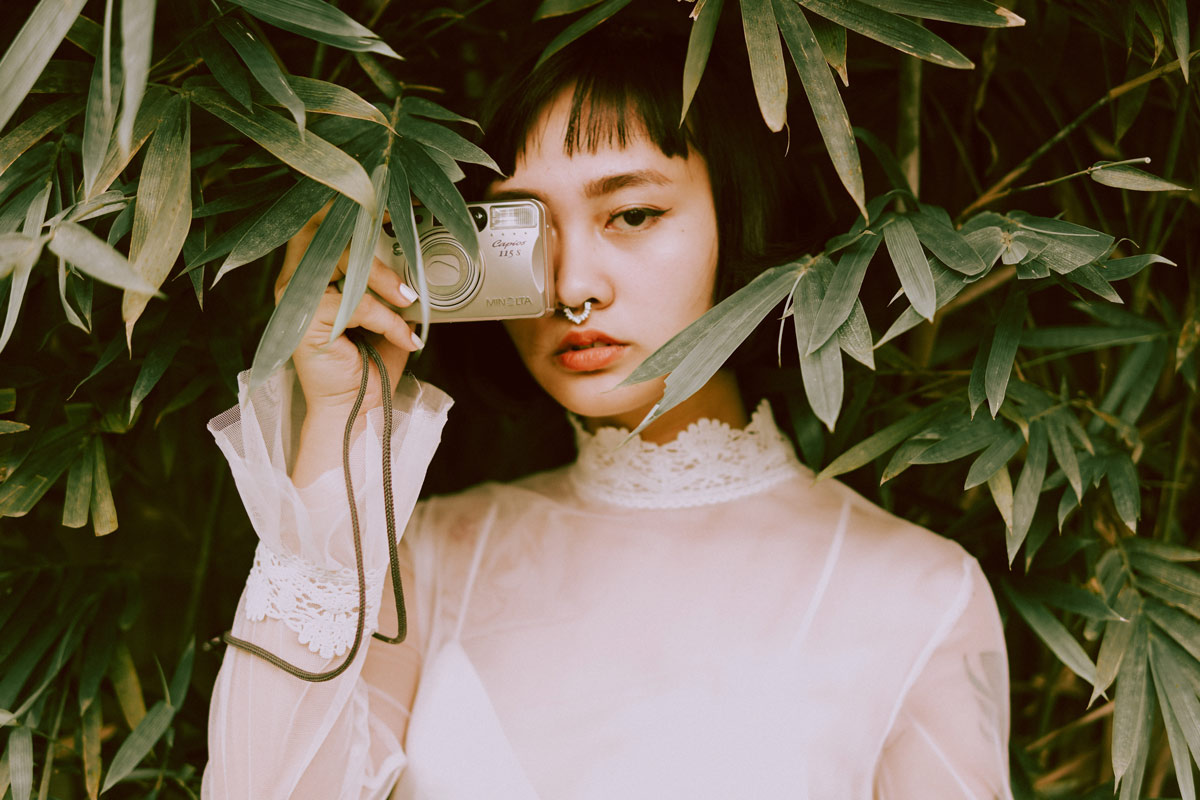 Septum piercings (yes, the piercing going through the middle section of your nose) are making a comeback—not that they really ever left, they’ve actually been around for thousands of years. If you’re looking to get one yourself, I completely understand—I’ve been there, done that myself. But I wasn’t prepared beforehand and didn’t fully know what I was getting myself into. Because I’m simply the best, here’s everything you ever wondered about septum piercings, from someone who has one. You’re welcome!

What is a septum piercing?

According to Jewellerybox, septum piercings are one of the most popular piercings in the world, and no, you don’t have to be a part of punk rocker culture to have one. Actress Jessica Biel, Rihanna, FKA Twigs, Zendaya and Zoë Kravitz have all worked the look in the past, and the list of fashion icons rocking septum piercings has only grown since then. Many people will be drawn to and wear jewellery without knowing the significance or history behind it, so just to pay it homage: septum nose rings were mainly practiced by Northern American Indian tribes, but have been seen all over the world.

The Shawnee leaders like Tecumseh, the people of the Solomon Islands and New Guinea wore septum rings as well. People of the Asmat tribe of Irian Jaya used large thick bone plugs as septum jewellery, made from tibia bones of enemies killed in wars or the leg bones of pigs. Like other bodily embellishments, the reasons for having them differ from culture to culture. Some North American tribes see the ring as a rite of passage after successful return from a soul searching journey in the wilderness, while Aboriginals used septum piercings to ‘beautify’. The Aztecs, Mayans and Incans adorned their septum piercings with gold and jade for religious reasons too, then within Western societies, the piercings became connected to subcultures like the punk rock movement and was seen as a sign of rebellion.

There’s a lot to know about the history of why humans adopt aesthetics in fashion, and I’d highly recommend going down a Wikipedia wormhole to learn a little more, but for now, let’s get into the nitty gritty of septum piercings: what they’re like to have, how painful they are to get, how quickly they heal, and what happens if you decide you’d rather not have one anymore.

Are septum piercings painful? Here is what to expect

Yes, of course getting a piece of your body pushed into and through by a sharp object will be painful. I give it a six and a half out of ten, but it will vary for everyone. That being said, it doesn’t last long, and it’s nothing like a nipple piercing with a solid nine point eight out of ten on the painometre. Make sure your piercer has experience, and lots of it: cut no corners on this one (same goes for a nip piercing). The piercer has to reach a tricky position in the septum, known as the ‘sweet spot’, as you need to be careful not to penetrate the cartilage which is right next door. The shape of your nose is also something to consider. Because some septums are more deviated than others, if you don’t have someone who knows what they’re doing, you could end up with a wonky piercing smack bang in the middle of your face. Not cool.

The septum will either be pierced freehand, which is what I had done, where the piercer uses a cannula (a hollow needle attached to a tube) to pierce your nose and then thread the piercing through, or by clamping the area. Expect to ball your eyes out—not because of the pain, but because your nose’s natural response when being pinched is to secrete tears. The actual piercing time, even with a tube, is very quick (about a minute). It’s a sharp sensation that (once the needle is out and jewellery is transferred) will feel hot or warm afterwards, and you might feel the need to sneeze. In the early days, your piercing will wobble to your walk, but it isn’t painful, it might even tickle a bit—but don’t touch it, keep your grubby paws off the schnoz unless you want it to get infected!

How long does it take for a septum piercing to heal?

Patience, my friends, will be your best friend. A septum piercing is on the lengthier side of heal-time. After eight weeks, it will feel significantly better, but it can take up to six months to be completely healed. It is in your nose, which is a mucosal surface, and will remain wetter than other areas of your body. This means it will take longer to heal. The after-care is a standard piercing cleaning procedure, saline-soak twice a day, dry the skin, and like I said earlier, no playing with it.

I personally didn’t try to change my first septum ring over to something else until a year had passed, and I couldn’t actually do it myself: I went back to the piercer with my tail between my legs and asked him to do it for me. Anyway, to start, you’ll probably get a circular barbell ring, which is also easy to hide if you so wish—you just turn it upside down and tuck it into your nose.

If you get bored of your septum piercing, there’s good news: you just take it out and leave it. The hole will close, and you won’t see it again (unless you inspect the inner workings of your nostrils on the reg’). You might be able to feel a little scar tissue where the hole used to be, like any other piercing, but that shouldn’t bother you.

How much does a septum piercing cost?

This depends on the studio you visit, and the country you live in. That being said, in the UK you can expect to pay anywhere from £20 to £80. Also, consider what type of jewellery is being used. Most piercers use surgical stainless steel (SSS), because it’s generally safe, non-absorbable, has a low rate of nickel release (which some may be allergic to) and it’s inexpensive. Titanium metals are also used, it’s hypoallergenic and safe for everyone, but it is a little more expensive. You could opt for solid gold too, obviously this is pricier and it needs to be 14 karat or higher and not ‘gold-plated’, because these usually contain alloys (including nickel). After your piercing is fully healed, you could invest in a solid gold piece of jewellery, but as a first piercing I’d opt for a cheaper and just as safe option, in case you don’t like how it looks or feels.