For the love of gore: TikTok users are ‘brushing their teeth’ with razors – Screen Shot
Deep Dives Level Up Newsletters Saved Articles Challenges 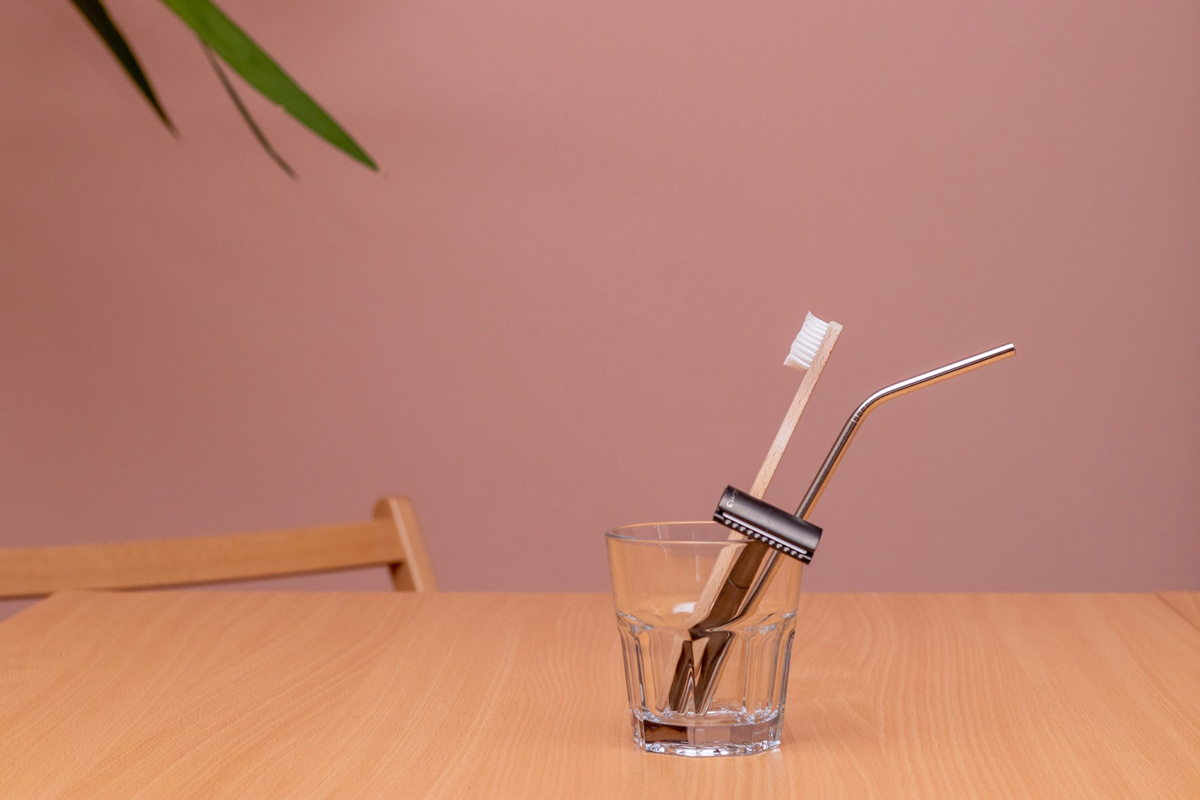 For the love of gore: TikTok users are ‘brushing their teeth’ with razors

Just when you thought things couldn’t get any weirder than using lube instead of face primer or listening to Tessica Brown, aka Gorilla Glue girl, explain why she decided to use spray adhesive glue instead of her usual hair product, TikTok is back with yet another bizarre swapping trend—this time, we’re replacing toothbrushes with razors.

Before we jump into it and try to answer the ‘why’, ‘how’ and ‘when’ you might all have on the tip of your tongue, please be aware that some of the topics explored and videos shown throughout this research may be triggering for some (blood and gore depictions).

What is the concept behind TikTok’s razor trend?

Going as far as to call the recurring theme behind this trend a ‘concept’ might be a bit much, but from what we can tell, it all relies on dramatising some of our daily life’s most common tasks all in the name of gruesome content. As you’ve probably guessed it already, content creators taking part in the trend are not really brushing their teeth with razors. They’re just dexterously editing their footage to make it look like they are.

Most of the trend’s videos follow a similar format: someone is pictured reaching for a toiletry item which is often used once a day or more (like a toothbrush or a comb, for example) only to look down and realise that they’ve accidentally picked up something sharp instead (like a razor or a pair of scissors) and started brushing their teeth with the former or attempted to comb their hair with the latter.

Reporting on the recent rise in such ‘goreish’ videos on TikTok, Insider stated that “at least 50 videos associated with the trend have over 1 million likes and many have view counts in the millions as well.” By coming up with new ways of turning harmless parts of their routine into nightmarish shorts, TikTokers are also poking fun at forgetfulness and what, in worst case scenarios, it can eventually lead to. Milder videos depict amusing confusion such as accidentally throwing your cup of tea on your bed and then attempting to drink from your phone, using an unidentified brown substance while baking instead of chocolate chips or even emptying your rubbish in your kitchen’s sink instead of your bin.

Among all the different ways people interpret the trend, the most popular videos feature people ‘accidentally’ substituting razor blades with toothbrushes, blood included of course—it’s Halloween all-year-round on TikTok, I guess. One of the most viewed videos, with over 15 million views, on the platform is by user @jiminie.cricket. Another bloodier video by @deluxelliww, which has racked up 3 million views, showcases—you guessed it—a person realising they have mistaken their trusty toothbrush for a sharp razor.

Many of the videos following the recent trend include trigger warnings attached to them, though they do little to actually warn you before seeing the full video (“TW: Razor” does little to clearly explain what you potentially might see).

Inspiration for the trend seems to have its origins drawn from a Webtoon—where fanfiction and manga collide—called Horang’s Nightmare. Many of the videos on TikTok use the hashtag #horangsnightmare alongside #toothbrushrazor and #razortoothbrush, which have both been recently  flooded with videos of teens faking shock and horror at their toothbrushes actually being razors.

Penned by the Korean horror writer of the same name, Horang’s Nightmare is easy to recognise as the source of inspiration for this latest trend, especially when looking at its third chapter, where a resident within a haunted house picks up his razor as an alternative to a toothbrush, slicing his mouth as a result.

The audio often used on the trending videos was originally shared on the app in July 2021 and has since been used in over 200,000 videos. It is made of a pitched and slowed down snippet from the 1985 song ‘Suki Suki Daisuki’ by Togawa Jun. Urban Dictionary states that the Japanese sentence translates to “I like you, I like you, I love you so much.”

According to Genius, the English translation of the track is about a love that can often become violent. The song has also been investigated by TheFocus due to its popularity in the TikTok sphere. The translated lyrics “Say you love me or I’ll kill you” are a cause for worry, which explains why many fans have taken it to be part of Yandere, a Japanese portmanteau term used for “a person who is initially loving and caring to someone they have a strong affection for until their romantic love becomes mentally destructive in nature through either over-protectiveness, violence, brutality or all three combined.”

Although credit should be given to the many content creators who are currently taking part in this gruesome TikTok trend—you have to be pretty creative to come up with some of these videos—it’s also surprising that the app has yet to notice the sudden rise in gore content.

In the meantime, users like @galaxy_cosplay have taken the matter into their own hands and created ‘safe spaces’ (under hashtags like #youresafe) for those who are worried they might see some gore content on their FYP. 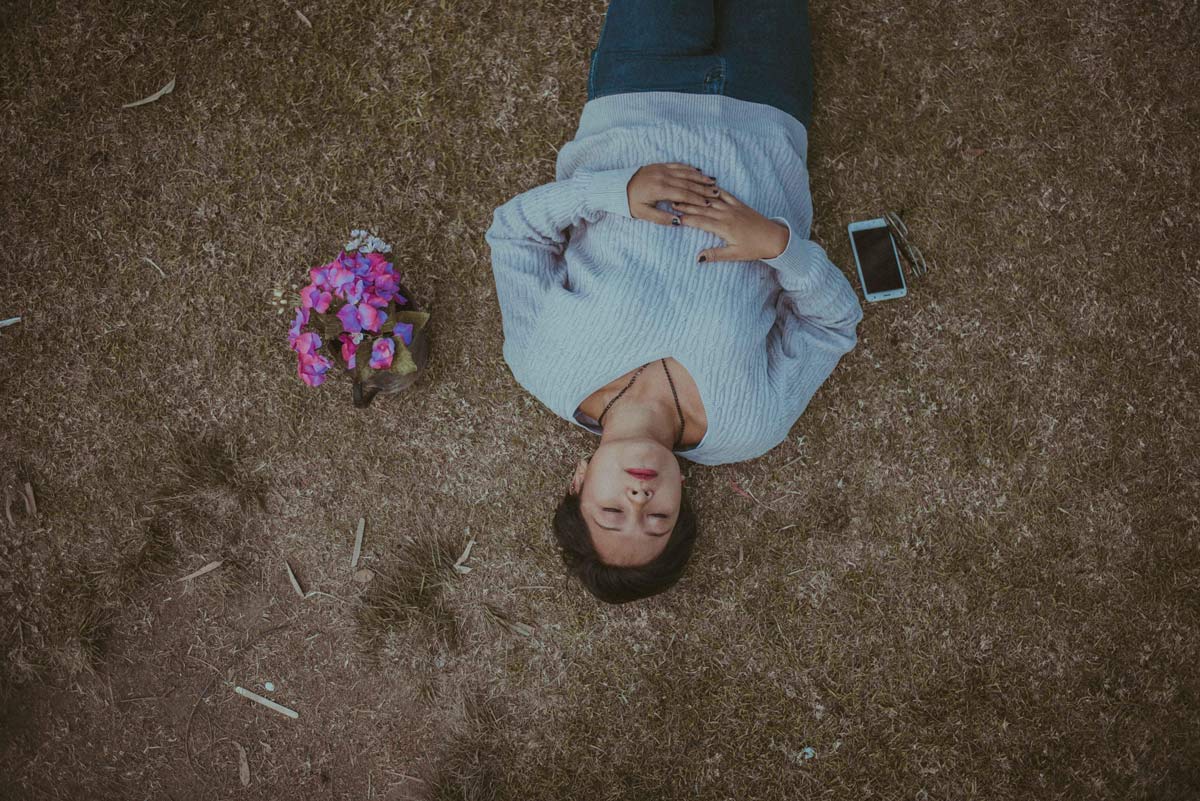 From live streamed suicides to accidental teen deaths, here’s the dark side of TikTok

When I think of TikTok, the first things that come to mind are dance choreographies, short-lived challenges and cute animal videos. Ask someone else and they’ll probably mention similar concepts such as the Tim Burton challenge, singing bowls’ comeback or the unboxing trend. But no one in their right mind would mention live streamed suicides or teen deaths, right? Well, as it turns out, they wouldn’t be wrong.

TikTok has already made headlines for its strange way of moderating certain types of content. While comments are not getting deleted quickly enough, TikTok moderators are (rightly so) being accused of discriminating and racist content moderation. In other words, although we’re quick to glamourise the sensation that the video-sharing app has become, we tend to forget or ignore its dark side. This time, let’s not do that—let’s look at TikTok’s worst aspects so that we can work towards fixing those (data privacy problems put aside just this once).

In February 2019, a 19-year-old vlogger living in Curitiba, Brazil, took his own life on a TikTok livestream after warning his fans a day earlier that he was planning a “special performance.” Around 280 people watched the man kill himself on the stream, which continued to show his body until TikTok moderators finally took it down. During that time, users posted nearly 500 comments and 15 complaints. It took TikTok three hours to warn police and over an hour and a half to take the video down.

Reportedly, TikTok took steps to prevent the post from going viral first before notifying the authorities and Business Insider reports that the video-sharing app’s first move was to notify its PR team immediately. This story only came out into the open a year after the incident took place, so TikTok’s PR team obviously did a good job at stifling it.

Then, in September 2020, a video of another man committing suicide by shooting himself in the head with a shotgun began circulating on the app. Despite not seeing it myself, I witnessed the mass outcry and shock firsthand in reply videos and their comments section. Against odds, the video remained on the platform for a few days, which resulted in TikTok being heavily criticised for its poor moderation efforts.

In response to the moderators’ inaction, several users ended up posting engagement they had with TikTok moderators, who reportedly told them the video “doesn’t violate our Community Guidelines.” In the meantime, users took the matter into their own hands by sharing videos that warned others about the presence of the suicide clip on TikTok. “Please try not to go on TikTok today or tomorrow,” one video said. “There is a very graphic and gorey suicide video going around right now!”

“Please stop treating this like a meme, please stop treating this like a joke, this is a real person who passed and his family is grieving,” said another TikTok user. In July, the app’s moderation guidelines were questioned once again, after its algorithm promoted a collection of anti-semitic memes soundtracked by the lyrics, “We’re going on a trip to a place called Auschwitz, it’s shower time.” Nearly 100 users featured the song in their videos, which remained on the app for three days.

TikTok’s Transparency Report published in July 2020, says that the app removed over 49 million videos globally in the second half of last year, with 98.2 per cent of those being taken down before they were reported. 89.4 per cent of these were removed before they received any views. Yet, TikTok is known for censoring users and content that doesn’t violate any guidelines, including a teenager who criticised China, those deemed ugly or disabled and Black creators.

Fast forward to October 2020, and another death can be somehow ‘assigned’ to TikTok. 21-year-old Areline Martinez was shot in the head by one of her friends in what has been referred to as an accident, as Mexico News Daily first reported. Martinez was killed while attempting to stage a kidnapping for a TikTok video.

Previous videos posted on Martinez’s TikTok page featured scenes in which she was blindfolded with her hands and feet bound, while men surrounded her and pointed guns at her head. TikTok has since removed these videos. Many of the friends who were involved in the fake kidnapping fled the scene after the killing, though a “behind the scenes” video posted to TikTok before Martinez was killed was used by authorities to identify the individuals.

Undoubtedly, TikTok moderators cannot catch every instance of inappropriate content, but the timeline above clearly highlights the amount of content that goes unnoticed on the app for too long—or sometimes simply ignored by moderators until users start getting involved. TikTok’s content-moderation is a time bomb waiting to explode in our face.

Because teens are using the app not just as a channel for light-hearted fun but also as a space to discuss personal problems, traumas and politics, the more serious the TikTok conversation gets, the more potential mischief and “coordinated inauthentic behaviour,” as the app calls it, its users will face from bad actors. Even Bill Gates called TikTok “a poison chalice.” The question that remains now is how; how can this be stopped?

If you’re struggling with mental health issues and feel like you need help, you can contact the suicide prevention specialists Samaritans in the UK here or the National Suicide Prevention Lifeline in the US here.