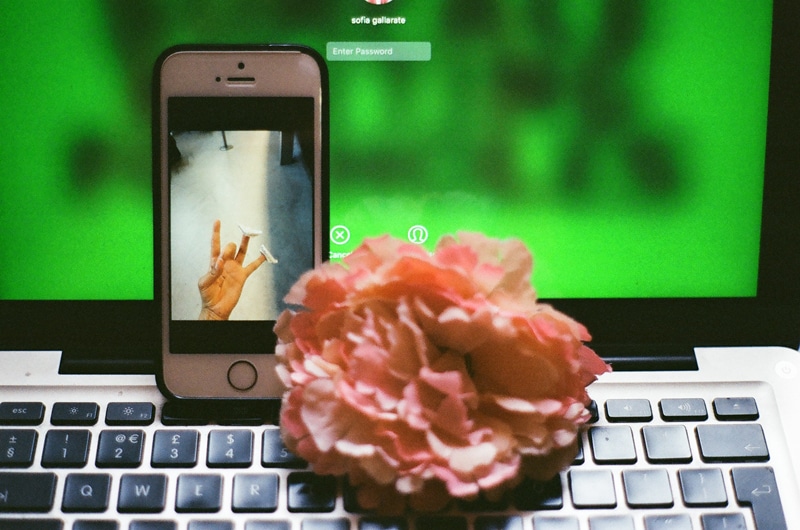 Collaborations have become the ultimate marketing powerhouse. From food enterprises partnering with influencers to fashion brands collaborating with… well, literally anything, companies have realised that alone you die while together you thrive in today’s over marketed, hyper-saturated world. Just a few days ago, Spotify (which has been leading in collaborations across social media) dropped the news of yet another strange yet not surprising collab: together with the world’s biggest commercial genealogy website, AncestryDNA, the two platforms are offering their clients an opportunity to determine their musical DNA based on their home-testing genetic test results.

Far from being solely used to reveal a baby’s father identity or to collect more evidence from a crime scene, DNA testing today has advanced considerably and is merging with a wide range of sectors that offer information on a person’s life, including a curious trip down ancestry lane and DNA profiling at national borders. The trust we have developed with DNA testing has become so concrete, that in theory, it only makes sense to start selling listeners their own music taste according to their newly discovered genealogy. Once the Spotify account is linked to the AncestryDNA data, the streaming platform creates a brand new playlist that mirrors the DNA results. To give you an example, if you have French and Swedish origins you might end up listening to the new wave band Marie et les Garçons mixed with Scandinavian rap.

“How do we help people experience their culture and not just read about it?” Asks Vineet Mehra, Executive Vice President and chief marketing officer at Ancestry. Music is the answer, apparently. I have to give it to Spotify and AncestryDNA, while I am sceptical as to whether this is ethnic stereotyping in the making, with the recent public fascination with ancestry (the commercial DNA testing industry is set to be valued at £261 million by 2020), a music playlist that is not only based on existing algorithms such as songs you might have played and artists your friends follow, but that are enriched with tracks from the cultures your ancestors came from the companies have quite frankly tapped into a genius way of capitalising on this growing trend.

There is nothing immediately harmful in the collaboration between these two platforms—apart from the usual privacy concerns we apparently no longer really care about—but I do wonder how can DNA dictate one’s taste? I see why the project could be a shortcut to discover music that would otherwise remain unknown and set me on a journey into my ancestors’ rhythmic past. And I get it, we are all curious to find out that our family history is much more exciting than we like to admit. But I ultimately struggle to accept that something so personal and subjective such as my music taste, can be dictated by a power marketing alliance between two companies and their data-based assumptions (most probably correct) on what I should like because I have some French in my overtly Italian blood.

According to Spotify, a person’s musical DNA is the breakdown of genres that derive from one’s listening habits, which I believe is informed by experiences, taste, feelings; where I chose to rent a flat in London, the cafe I like going to and other elements whose origins are much complex than ethnicity and geographical roots. Yet I have to admit that if I am right, then how come our music taste has suddenly become so predictable? While I haven’t matched my AncestryDNA test with Spotify (yet), I have no doubt the tracks that will brighten my playlist will be spot on to my taste.

The Italian philosopher Franco Bifo Berardi once said that in the algorithm era there is no space left for the unpredictable and that our present is informed by pre-existing models. The collaboration between Spotify and AncestryDNA, while being an undeniably savvy merge, feels like yet another step towards a future where even the most random and uncertain traits of our personalities become utterly predictable.

Spotify’s new feature will let you talk with its ads

With 217 million monthly active users—and with this number set to grow—Spotify is undeniably top of the game in the streaming market. Considering these figures, the company has been extra efficient in monetising every aspect of the platform to make the highest profit out of its broad user base. With an array of different options—from sponsored playlists to video takeover—Spotify for Brands has been offering all kinds of ad experiences to its clients. Today, the streaming platform is testing yet another advertisement programme: voice-enabled audio ads, a new interactive feature that hasn’t been tested by any other platform yet.

The feature works on the premise that the audio advertisements that usually interrupt playlists on Spotify could be used to a greater extent by also offering listeners to switch to a playlist curated by the brand whose advertisement just played. How? With the use of voice command. The new marketing feature allows listeners to interact with the advertisement by saying a specific phrase while the commercial is playing. By saying out loud ‘Play now’ when prompted by an audio commercial, the listener could activate the curated playlist from the brand (which comes with more commercials) that will start streaming instead of what the person was previously listening to.

The feature, that only works if users have their microphone enabled, was launched on May 2 in the U.S. with Spotify Free users, just a few days after the company CEO Daniel Ek stated that the voice space is a “critical area of growth” for the company. Spotify is currently only testing out the feature with its own podcasts and an AXE audio commercial for Unilever.

Although voice commands are becoming ubiquitous within technology, many industry professionals have raised their concern on the functionality of this new project. “Voice commands are becoming second nature to us, just as swiping on a tablet or phone already is today,” told Leslie Walsh, executive director of strategy at agency Episode Four, to AdAge. Just because people are becoming increasingly accustomed to using their voices to activate and control a variety of home devices, doesn’t necessarily imply that users will be equally willing to interact with an advertisement. “While the ‘Play now’ voice command is a shiny new feature, as with all new shiny things in tech, brands need to make sure they have something of value to offer to listeners before jumping on it.” adds Walsh.

Spotify’s Audio Everywhere, the standard audio ad package offered by the streaming company, already allows brands to “Reach your target audience on any device, in any environment, during any moment of the day” as it reads on Spotify’s website. Today, the new feature enables brands not only to reach their target audience anywhere, but also to measure how effective their ads are based on the users’ immediate reactions to them. To do so, brands have to be particularly efficient in producing relevant and engaging content for both the audio advertisement and its following playlist. Something that has yet to be proven possible.

Spotify’s ‘Play now’ feature is not groundbreaking in terms of voice command technology, as both Apple’s Siri and Amazon’s Alexa enable to extend native applications through the use of the voice. But as Tom Edwards, Chief Digital and Innovation Officer at Epsilon, explains, “The Spotify experience adds a monetization angle to that experience.” The streaming platform’s new experiment is reducing the distance between clients and advertisers. Spotify is asking its users to literally answer to advertisements, and whether this will be a successful feature or not, one thing is certain: this project is paving the way for a whole new advertisement era that will see listeners playing an increasingly active role within the brands’ marketing strategies.