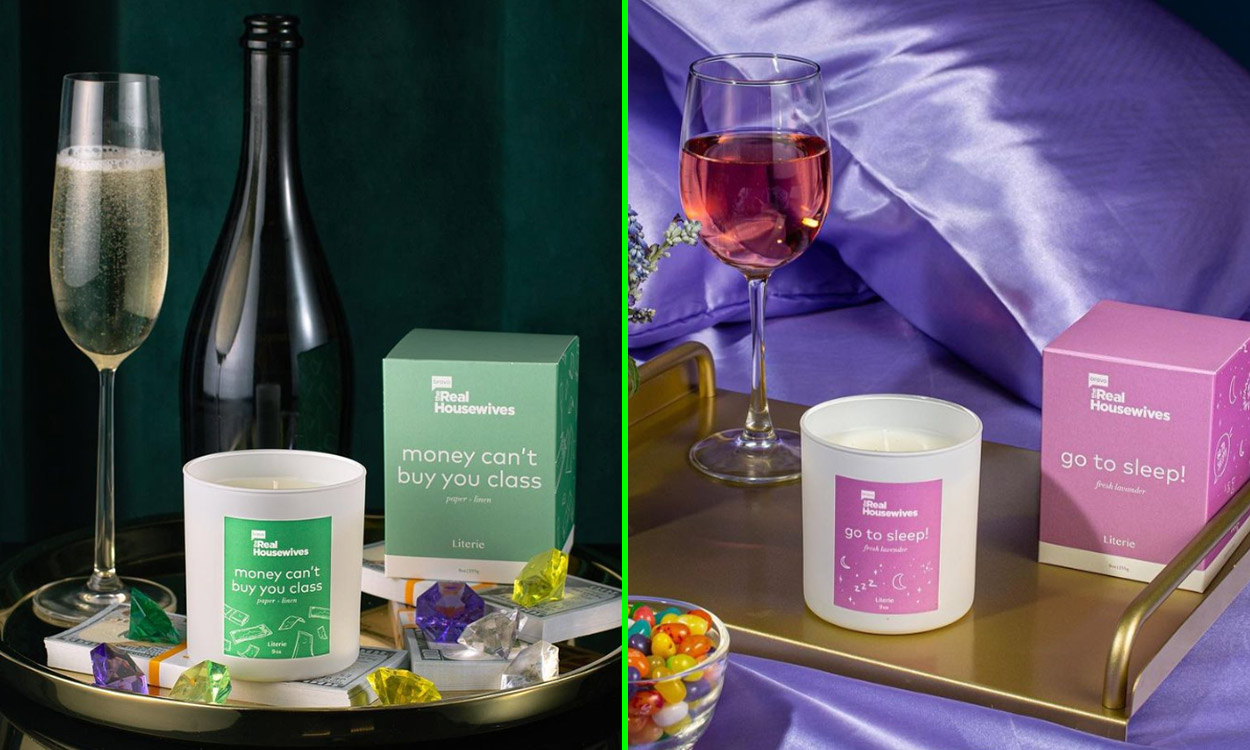 Have you ever wished that you could transform your favourite guilty pleasure show into a tangible item to worship and adore? Well, look no further. Bravo—the TV network behind iconic shows such as The Real Housewives franchise—has released a line of candles perfect for any reality TV nut’s stocking.

Partnering with New York-based, female-owned candle company Literie, Bravo has curated a line of themed candles right in time for the holidays. Each candle is inspired by an iconic Housewives moment, spanning from The Real Housewives of New Jersey’s ‘flipping tables’ scene where star and former convict Teresa Giudice lost it at a family gathering, to The Real Housewives of New York’s ‘go to sleep’ fiasco on scary island. Not sure about you, but I’ve always been #TeamBethanny.

There is a candle for everyone in this new collection. No matter which branch of the Bravo family is your favourite, there’s a sniffing sensation for your nose. Oh, and if you were in need of some matches to help you light these quirky candles, don’t worry—Bravo and Literie have thought of everything, and have provided potential buyers with the option to purchase some ‘certified’ Real Housewives matches.

In terms of what to expect from the different candles, if you’re looking for something fresh and simple, ‘money can’t buy you class’ gives off notes of paper and linen—very Countess Luann. However, if you’re fancying something stronger, ‘nine lemons in a bowl’ focuses on a citrus and ivy scent.

There’s also the opportunity to purchase the entire line of candles for a loved one. You’ll simply have to fork out $190. A small price for a lifetime (or candle-lifetime) of happiness?

So, whatever your preference—there’s a candle for you. 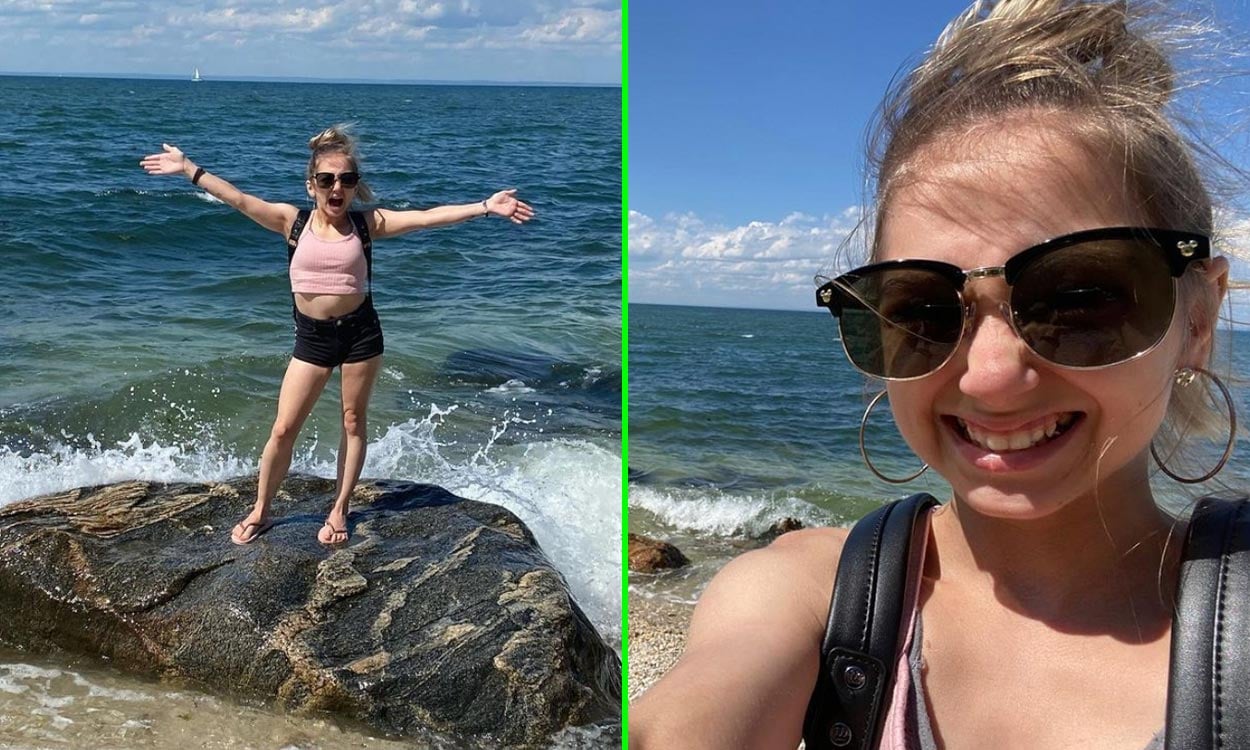 Shauna Rae was diagnosed with an aggressive form of brain cancer at only six months old. Luckily, she received life-saving chemotherapy treatment which—while fighting off the cancer—rendered her pituitary gland dormant, thereby stunting her ability to grow as a normal child would.

Now aged 23, Rae is only three feet ten inches tall and weighs approximately 50 pounds, giving her the physical appearance of an eight-year-old girl. Rae still, however, seeks a fulfilling and normal life as a grown woman, and captures this turbulent journey on her own TLC reality TV show, I Am Shauna Rae.

TLC has always been known as the network that showcases unique personal journeys—such as the most identical twins in the world and their shared fiancé—and encourages audiences to educate themselves on a wide array of human stories and challenges. This case is no different.

For those of you who might not know what pituitary dwarfism is, it’s a medical condition caused by insufficient amounts of growth hormone in the body. Few cases can be accurately treated with the use of synthetic growth hormones.

In I Am Shauna Rae, viewers follow the young woman’s journey as she tries to experience a number of different activities such as going to a bar, getting a tattoo and even going on a blind date. While out with friends at a bar, Rae is treated poorly and after being asked to leave—due to the bartender assuming she is underage—she’s forced to repeatedly show her ID in an attempt to enjoy herself without receiving judgmental looks from the other patrons.

According to UNILAD, Rae has also expressed her frustrations with the ways in which she is compared to 24-year-old sister, Tara. She stated, “It is difficult seeing my other friends and family being more independent, but I don’t envy or have any jealousy towards Tara and what choices she has made in her life, whether that’s going to college or moving out. But I think it’s entirely unfair that my parents treat us differently as we’re only two years apart.”

During the reality TV show, Rae frequently airs her disappointment at the fact that so many of her friends and family continue to treat her like a child due to her stature, rather than as the 23-year-old woman that she is. She even recently took up vaping in order to try and appear older.

When it comes to love and dating, the Long Island native has also spoken at length during I Am Shauna Rae about the disturbing kind of men who gravitate to her.

“I attract creeps. It’s difficult when you look like an eight-year-old—a lot of guys have an issue with it at first, they feel that sense of staring and that’s why a lot of my relationships don’t work, they don’t know how to deal with my height. People don’t understand that I’m an adult.”

Rae went into further detail on the dating subject during an appearance on The Sarah Fraser Show in February 2022. The TLC star, when considering the topic of sex within the dwarfism community, shared on the podcast that “I know sex is a huge topic when it comes to disability and just dwarfism in general, so it is something that is touchy, but it’s something that needs to be talked about. I don’t think sex should be so taboo as it is in our society.”

The young woman continued: “At least for me, it was confirmation that I can kind of do whatever I want, because growing up I was told that it might not be a possibility. And when I found the boyfriend that I had and we dated for a couple years and it finally happened, it made me feel like a normal woman.”

Well, with season two of I Am Shauna Rae set to hit our screens before the end of the year, we’re sure there’s much more in store for this taboo-breaking remarkable individual.