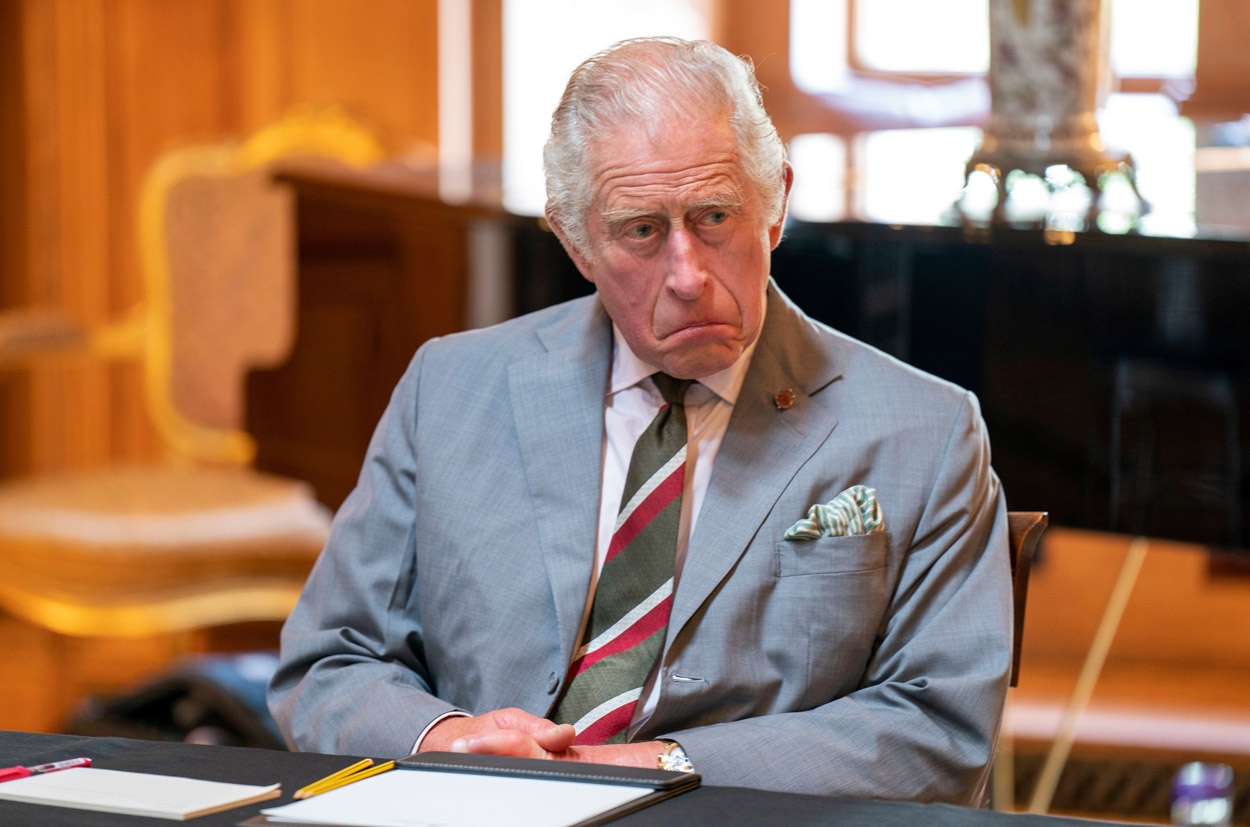 Experts believe Prince William could be the next King, not Prince Charles

After news broke that Prince Charles and Prince William are travelling to Balmoral—the Scotland estate owned by Her Majesty—amid concerns about the health of the Queen, many netizens began speculating on exactly who will replace her if she were to pass in the near future.

The monarch, 96, is currently under medical supervision after doctors became concerned for her health. It comes after she postponed a planned Privy Council meeting on the evening of Wednesday 7 September after being advised to rest.

In a statement, Buckingham Palace said: “Following further evaluation this morning, The Queen’s doctors are concerned for Her Majesty’s health and have recommended she remain under medical supervision. The Queen remains comfortable and at Balmoral.” Glad to hear she’s comfy.

Since then, it’s been confirmed that her eldest son, Prince Charles, was travelling up to be with her—along with his wife Camilla, the Duchess of Cornwall. Kensington Palace also confirmed that Prince William was making his way up to Balmoral.

Which begs the million-dollar question: will Prince Charles take the crown or will he hand it straight to Prince William? I can already hear some of you—Prince Charles is first in line to the British throne, so that’s it, he’ll become King when his mother passes on the title. But as it turns out, it might not be so simple.

In a report by The Sun—so yes, please take this with a grain of salt—Princess Diana’s former voice coach, Stewart Pearce, opened up about why he believes that William could be the next British monarch and not his father.

“[Charles] may not take the throne, he may hand it to his young son. He doesn’t want to do it, such a difficult task,” Pearce told the tabloid in 2021. He further stated that William is “part of the conversation” and has been since his early teens.

That being said, Prince Charles can’t just decide to pass on the crown and be done and dusted with it. If he was to do so, according to experts at University College London’s Constitution Unit, it would require the involvement of Parliament.

On the UCL website, the unit wrote, “Under common law, Prince Charles will automatically become King the moment the Queen dies. Prince William could only become King if Prince Charles chose to abdicate. That would require legislation, as happened with the Declaration of Abdication Act 1936. The line of succession is regulated by parliament (as in the Act of Succession 1700, and the Succession to the Crown Act 2013); it can be changed only by Parliament and cannot be unilaterally altered by the monarch of the day.”

It could also be that Charles, who’s been waiting for the throne his whole life, decides to keep the title for himself for a little while. “Having waited over 60 years as heir apparent, it would be natural for Prince Charles to want to assume the throne and perform the royal duties for which he has spent so long preparing. But it would be equally natural if, after reigning for a few years as an increasingly elderly monarch, he chose to invite parliament to hand on the throne to Prince William,” added the Constitution Unit.

Only time will tell. 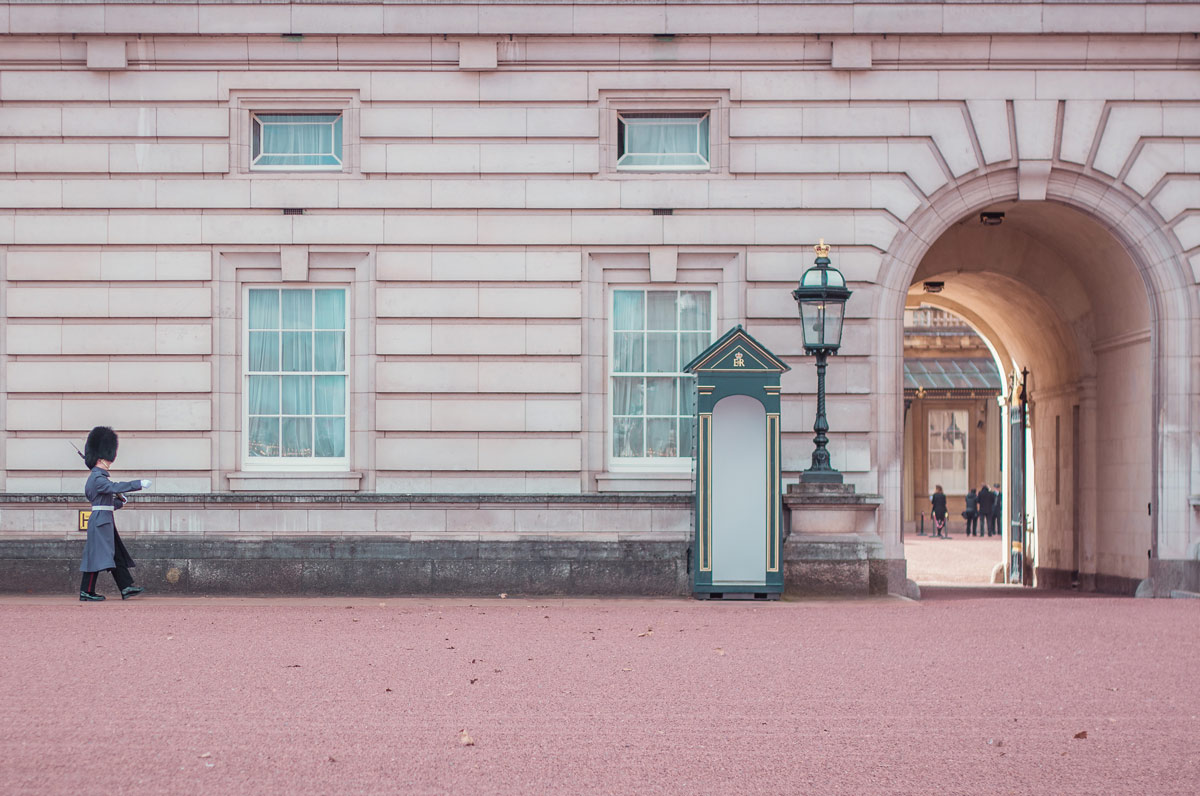 Prince Philip, Queen Elizabeth II’s husband, has died aged 99, Buckingham Palace has announced today, 9 April 2021. “It is with deep sorrow that Her Majesty The Queen has announced the death of her beloved husband, His Royal Highness The Prince Philip, Duke of Edinburgh. His Royal Highness passed away peacefully this morning at Windsor Castle,” said Buckingham Palace.

Speaking at Downing Street, the UK’s prime minister Boris Johnson added: “He helped to steer the Royal Family and the monarchy so that it remains an institution indisputably vital to the balance and happiness of our national life.”

Whether you’re looking to remember the Duke of Edinburgh’s great achievements or are simply here to learn more about him, here are 5 facts you should know about the Queen’s husband of 73 years.

Although best known as a member of the British royal family, Prince Philip had considerable royal connections long before his marriage to the Queen in 1947. The son of Princess Alice of Battenberg, a great-granddaughter of Queen Victoria, and her husband Prince Andrew of Greece and Denmark, Prince Philip was also a nephew of King Constantine of Greece and sixth in line to the Greek throne at birth.

In fact, through his parents’ long lineages, he is also related to Kings of Prussia and the Russian Romanov dynasty.

Prince Philip was born at the summer retreat of the Greek royal family, Mon Repos, on the island of Corfu off the west coast of Greece, in 1921. At the time, Greece was still using the Julian calendar—and wouldn’t adopt the Gregorian calendar until 1923. The difference between the two means that in his home country, he was actually born on 28 May, not 10 June.

2. His family was forced to flee Greece, making Prince Philip a refugee

The Greco-Turkish War of 1919 to 1922 eventually led to the abdication of Prince Philip’s uncle, Constantine I, and forced his entire family into exile while he was only one. Through his family’s connections to the Mountbatten dynasty in England, a British vessel—the HMS Calypso—was sent to Greece to evacuate the family, with Prince Philip reportedly carried from the country in a wooden fruit crate. They eventually settled in France, and the young prince grew up in Saint-Cloud, just outside of Paris, with his aunt, Marie Bonaparte, Princess George of Greece and Denmark.

3. Prince Philip had a complicated childhood

In 1930, Prince Philip’s mother, Princess Alice, was diagnosed with paranoid schizophrenia. The diagnosis led to her being removed from the family and institutionalised, first in Berlin and then in a sanatorium in Switzerland, where she underwent years of awful treatment. Sigmund Freud—who was a friend of Prince Philip’s aunt, Princess George—believed that Alice’s condition was caused by sexual frustration, and recommended her ovaries be repeatedly X-rayed in what he said was an attempt to “cool her down.”

During World War II, Alice sheltered some Greek Jews from the Nazis, saving their lives. Yad Vashem bestowed on her the title of Righteous Among the Nations in 1993. Then, in 1937, Prince Philip’s heavily pregnant sister Cecilie was killed in a plane crash along with her husband and most of their children. The following year, his uncle and guardian George Mountbatten, 2nd Marquess of Milford Haven, died of cancer at the age of 45.

4. Prince Philip and Queen Elizabeth II met when she was only 13 years old

After his school studies were over, Prince Philip enrolled as a naval cadet at the Royal Naval College at Dartmouth. During a royal visit to Dartmouth in 1939, Queen Elizabeth (the present queen’s mother, the wife of George VI) asked if Philip would chaperone her two young daughters, princesses Elizabeth and Margaret, for the duration of the visit. Prince Philip and Elizabeth had first met at a wedding in 1934, but after this, the pair began exchanging letters, and a romance quickly bloomed.

5. Prince Philip and the Queen are actually related

Philip’s great-grandfather, Christian IX of Denmark, was also the grandfather of the Queen’s grandfather, George V. So depending on how you look at it, they are either third cousins, or second cousins once removed. But let’s just move on.

Prince Philip’s life had a great impact on both the people that surrounded him and the rest of the world. As a result, many political figures have already paid their tribute in speeches. But his greatest impact has been on Queen Elizabeth II herself, who he married five years before she became Queen, making it the longest-serving royal consort in British history.