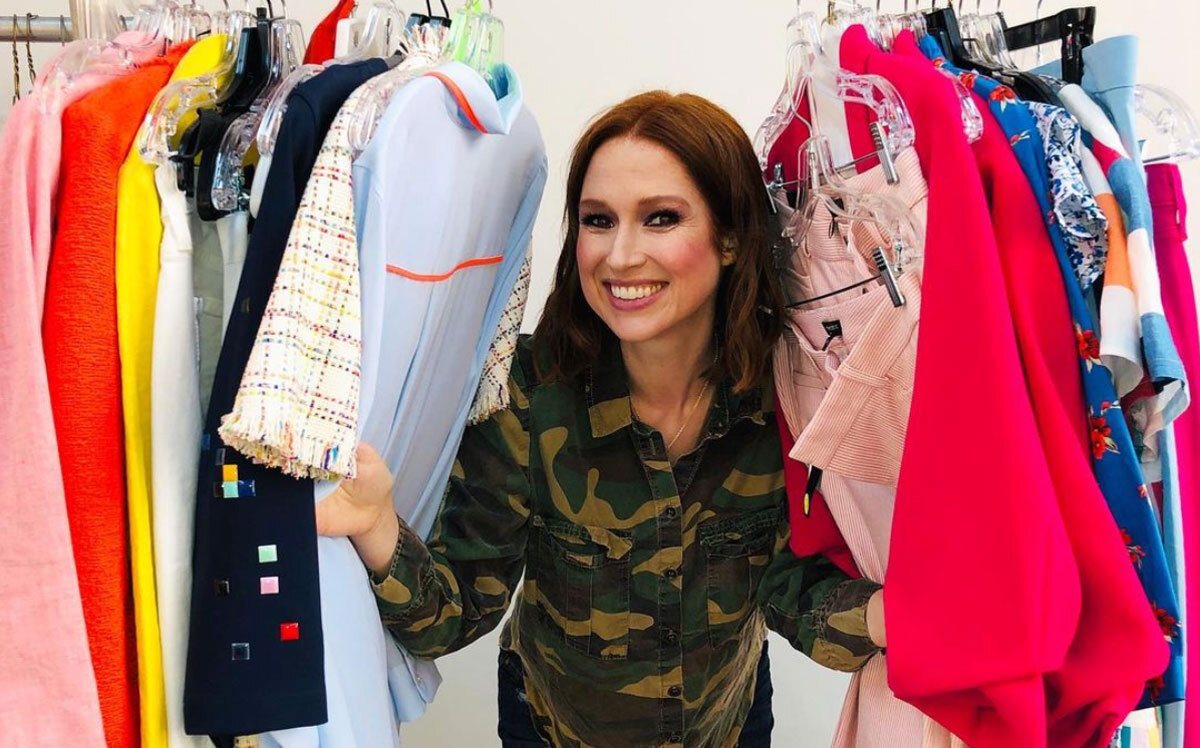 Ellie Kemper, known for her roles in The Office and Kimmy Schmidt, has faced serious backlash online after photos of her winning a controversial pageant, accused of having Ku Klux Klan (KKK) relations, surfaced. Kemper was named queen of the 1999 ‘Veiled Prophet Ball’ —a debutante ball annually held each December in St. Louis, Missouri. The ball is overseen by the ‘Veiled Prophet’ whose identity is kept secret. Many social media users voiced their shock at the photos.

In the viral photo of the Kimmy Schmidt star, Kemper is seen wearing a long white gown paired with matching white gloves; the 1999 newspaper caption of the photo reads, “Elizabeth Claire Kemper, as the 1999 Veiled Prophet Queen of Love and Beauty, is attended by her pages.” She was a 19-year-old Princeton student at the time when she was announced as the 105th winner of the ball.  The controversy surrounding the story has led many online to dub her a ‘KKK princess’ although that is not the title of the award.

So is Ellie Kemper actually a KKK princess?

Although many deny there is little evidence to prove a direct link to the KKK, that does not mean it doesn’t have a racist history. The organisation is known for its past of banning black members and often only represented the wealthy white elite. In fact, they didn’t admit black members until 1979. The ‘Veiled Prophet Ball’ was founded in 1878 by Confederate cavalryman Charles Slayback. The accusations of KKK links also come partly from photos found in an 1878 edition of the Missouri Republican paper, where the ‘Veiled Prophet’ is seen wearing a long robe and pointy hood—a close likeness some suggest resembles KKK hoods. He is also seen holding two guns.

Many are arguing in defence of Kemper, stating there is no evidence to prove the connections to the KKK and no proof that suggests she herself is a racist. It doesn’t seem as cut and dry as the headlines suggest. Perhaps it’s a little more complicated. Just because it may not have ties to the KKK does not mean it is not racist, as one Twitter user writes, “So the veiled prophet is a major institution in St. Louis rooted in a deeply troubling past; to call [her] a KKK princess isn’t wrong but also not right.”

While another Twitter user wrote, “Ellie Kemper can say what she wants but you’re not about to convince black people any group of white people founded in 18 whenever isn’t the Klan pooh sorry.” An organisation does not need overt links to the KKK in order to prove it is racist— like most American history this community cannot escape its white supremacist past. The St. Louis’ Cultural Resources Offices, writes that ‘The Veiled Prophet Organisation’ was “created by white male community leaders” to “[reinforce] the notion of a benevolent cultural elite.”

Does this mean Ellie Kemper is a racist?

Kemper was never actually named a ‘KKK queen’ and has shown no known evidence of her own racism. The problem doesn’t lie with her specifically. It lies in America’s systemic institutional racism and its failings to prevent organisations like this from taking root. Although this may not reflect on the actual character of the Kimmy Schmit star, it highlights how many white people—specifically white celebrities and the wealthy—have benefited from the inherent white supremacist and elitist structures of society.