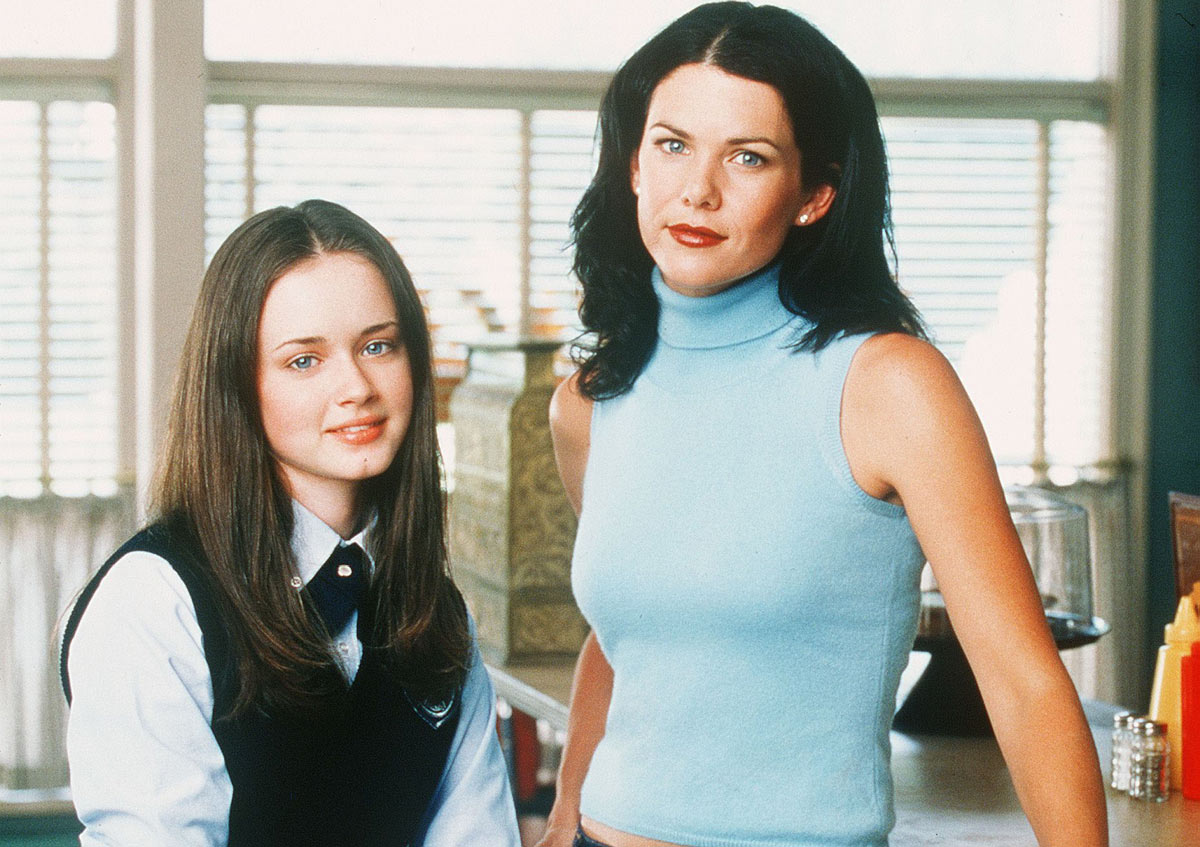 Back in 2000, we were introduced to Stars Hollow, a small, charming and eccentric nook of Connecticut. . But most importantly, we were given our first introductions to Lorelai (played by Lauren Graham) and Rory Gilmore (Alexis Bledel). Gilmore Girls had landed and for the next seven years would grace our screens and share the story of 30-something town inn manager Lorelai and her academically gifted daughter Rory as they navigated life, love, coffee and everything in between.

While on the surface the show was as wholesome and heart-warming as they come, it too has had its share of trouble which has only just come to light.

In the scene, Luke is helping Lorelai and her friend and business partner Sookie (Melissa McCarthy) by repairing a stove for them. While he is working, both Lorelai and Sookie comment on his bum, saying it has a “nice shape to it.” Once done with his job, Luke asks the two women to “stop talking about my butt” and says what they are saying is “in bad taste.”

Talking on his Gilmore Girls themed podcast I Am All In with Scott Patterson on 24 August 2022, the actor recounted how unsettled he felt while filming this scene.

“Oh, you mean, objectifying somebody’s body part? Yeah, that was disturbing. It is infuriating because you’re being treated like an object. It’s disturbing and disgusting and I had to endure that through that entire scene and many takes,” he said. “It was the most disturbing time I have ever spent on that set. I couldn’t wait for that day to be over.”

Patterson went on to explain how the ordeal made him feel like “some kind of meat stick” and ultimately caused him to feel a lot of “shame” about the scene.

“It’s as disgusting for women to objectify men as it is for men to objectify women and it’s as harmful,” he said. He isn’t the only man in the industry who has spoken out about being treated in such a way either. The case of 90s action legend Brendan Fraser, who recently received a 6-minute standing ovation for his performance in the upcoming film The Whale, is one we know all too well.

While at the time the scene was portrayed as funny, and Patterson has said he understands why it was meant to be that way—both Lorelai and Sookie had been built up to be loveable characters in the first two seasons so their comments were never intended to be insidious in any way—he believes it doesn’t excuse it at all.

“Just because it was 2003 didn’t mean it was okay. It’s never okay. And I didn’t feel comfortable doing it and it pissed me off. I never said anything so I was angry at myself for never saying anything but, you know, I had this job and I didn’t want to make waves and all that.”

While Patterson agrees that the comedic timing was done very well, it still made him feel “incredibly small.”

Gilmore Girls ran from October 2000 to May 2007, with a four-part mini series released in 2016 titled Gilmore Girls: A Year in the Life, which caught up with the mother-daughter duo ten years on from the end of the original series. All seven seasons and the mini-series are available on Netflix. 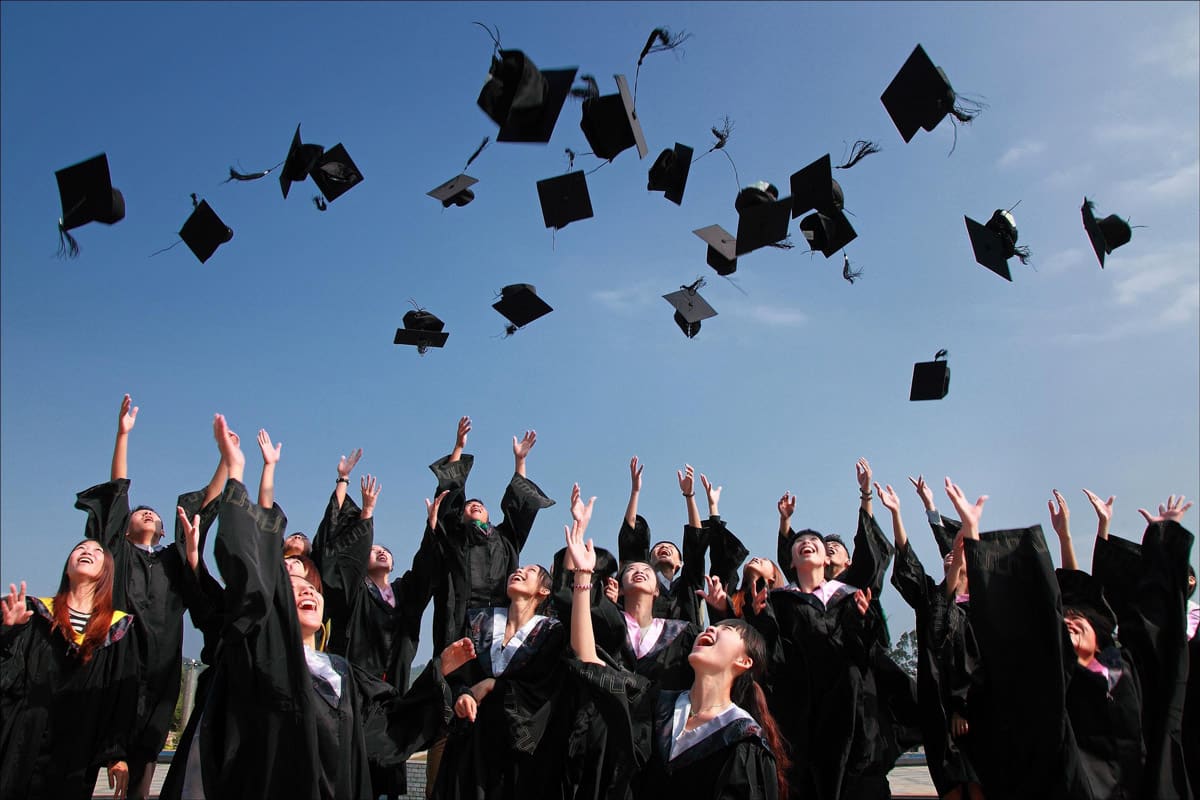 University life—with its charms, events, dramas and fun—has always attracted and inspired producers to film TV shows that will resonate with the hearts of millions of people around the world. After all, student life can be the foundation to a perfect plot, with all the advantages and challenges main characters have to meet. Some series are also filled with out-of-the-ordinary events that will never happen in real life, but at least their episodes still reflect that atmosphere of independence, secrets, great feelings and emotions. Students meet their first love and deal with their first breakup, and get into messes we’ve all encountered. That’s because we love these shows so much that we listed some of the most popular ones about university life.

Old, but gold. That’s how we can best describe this TV show. Coach is an American sitcom that was filmed between 1989 and 1997 and is about the coach of the football team at Minnesota State University who tries to ​find the balance between the sports world and family, as his daughter is a student there. The series lets you dive into the world of the football team, difficult relationships between students and their parents, and see that the problems we all face today have not changed much.

This one is a comedy-drama that sheds light on the racial discrimination going on at Winchester University, where white students make up the majority of the uni’s students. Episodes are filled with satire that reveals the problems students of colour have to deal with when it comes to social justice, biases, and activism.

A comedy series that follows a group of six students (who have nothing in common and are forced to share a home) as they tell viewers about some of the most exciting periods of their lives. The show’s producers perfectly reveal all the messy problems students go through. For example, each of the Fresh Meat characters struggles with juggling exam periods and their part-time jobs, so they didn’t have an opportunity to access the hundreds of essays on everyday life issues that could them.

Watching all the TV shows mentioned above will give you the opportunity to dive into the student world of challenges, decision-making, expectations, love, study and friendship—showing you university life from many different perspectives.