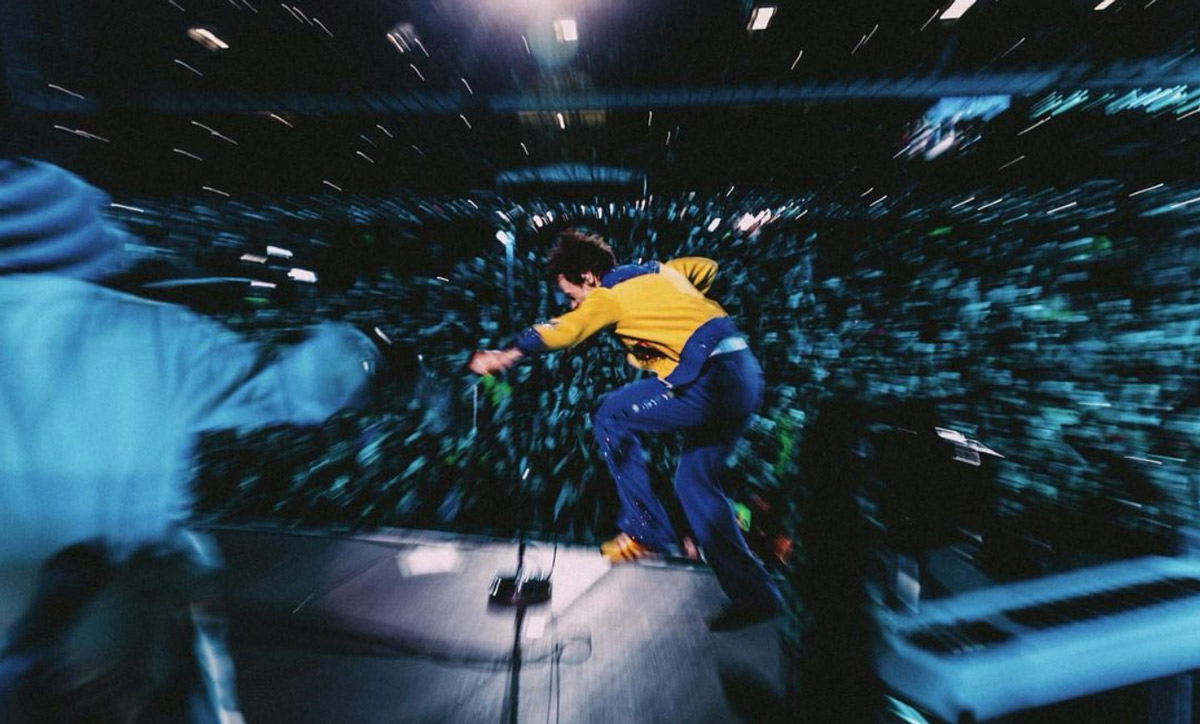 As initially reported by Sky News, a Harry Styles fan fell from the top tier at Glasgow’s Ibrox Stadium during the singer’s concert. The incident happened as the former One Direction star performed the first gig on the European leg of his world tour on Saturday 11 June 2022.

The victim, who is said to be a man, fell from the third floor of the venue into the audience and reportedly landed on other people among the crowd as Styles performed his encore. He has since been seen by medical staff and is not believed to have suffered serious injuries, according to various reports.

About 50,000 fans were at the sell-out event, which was the first at Rangers FC’s stadium in almost 20 years. In a statement, Police Scotland said, “Officers were made aware of a man falling from a club deck at a premises on Edmiston Drive, Glasgow at around 10.15pm on Saturday 11 June 2022.”

“There were no suspicious circumstances and the man was seen to by medical staff,” it continued.

Although Styles himself (or someone from his team of representatives) is yet to address the news, many internet users have already started comparing the incident to the tragic mass casualty that happened in November 2021 during the Astroworld festival.

Of course, it would be ridiculous to try and say that one man falling off a balcony is even close to the awful scenes most of us witnessed in clips shared from the Houston music festival but it also goes without saying why people’s first reaction in the face of concert-related accidents is to look back on this especially dark moment in music history.

“Still in shock after @Harry_Styles concert @Ibrox,” wrote one user on Twitter. “A guy fell from the tier above onto the main stand one row in front of us. No security to be seen. I had to run to [the] main door at street level to bring help. Everyone [was] in shock around us and so upset. Hope [the] guy is OK.”

“My 15 year old saw the guy fall and thought it was a blow up doll at first. Just horrific. Hope he and everyone else are ok. Horrible ending to a very special night,” another admitted. 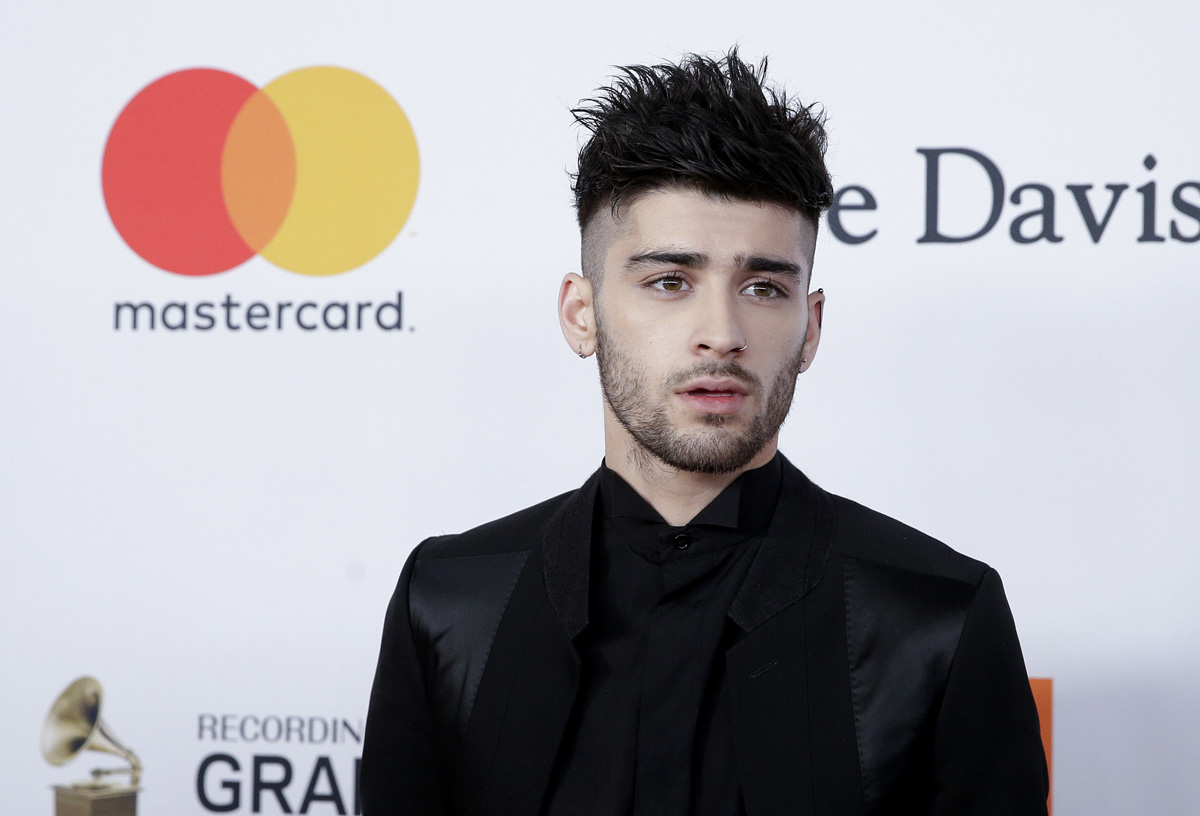 As a Middle Eastern woman, this is my defence of Zayn Malik against Liam Payne’s comments

If you haven’t heard, seen or scrolled past the absurd comments made by Liam Payne on YouTuber Logan Paul’s podcast Impaulsive, then you’re undoubtedly living under a rock. Payne’s incessant commentary on his time in One Direction—the boy band that had us all in a chokehold in the 2010s—has continuously gripped fans, eager to hear more about the five members’ time behind the scenes. However, his latest revelations have left many rightfully frustrated at the apparent ignorant whiteness that prevails in all of the ex-band members’ attitudes to their former colleague.

“There’s many reasons why I dislike Zayn and there’s many reasons why I’ll always, always be on his side,” Payne said on the podcast. “If I had had to go through what he went through—with his growth and whatever else… My parents are overly supportive to the point where it’s annoying at times. Zayn had a different upbringing in that sense,” he added.

As someone of a Middle Eastern background myself, the impact of my specific cultural upbringing is mine, and mine alone, to share. Not only does he speculate on Malik’s personal life (of which he has no direct relation or right) but he makes these comments on what are age-old stereotypes—putting the blame on Malik’s family life rather than his time in the band. What Payne does in this moment is operate under a white saviour-like veil that it is our own cultures that oppress us, while someone like him is free.

For the white members of One Direction, they are indeed ‘free’—free to express that their time in the band impacted them in a multitude of ways. For Payne, he is able to openly discuss how his experience affected him mentally (leading to a plethora of substance abuse and “suicide ideation”) while Malik is not offered the same sympathy. It is disappointing, though unsurprising, that the ‘Strip That Down’ singer would openly discuss his struggles with fame and criticism and yet hypocritically subject his One Direction alum to the same.

“You can always look at the man for where he is and say, ‘Oh yeah, whatever, that guy’s a dick’,” he continued. “But at the end of the day, once you’re understanding what he’s been through to get to that point—and also whether or not he wanted to be there.”

This constant barrage against Malik ‘not wanting to be in the band’ has grown tired, to say the least, and if there really were this supposed understanding, there would no longer be a burying of heads in the ground to the racism the Pakistani artist underwent in a group of all-white members. Malik’s departure from the group—labelled as a ‘spoilt’ or ‘ungrateful’ move—was, to me, an example of what many BIPOC individuals do to protect themselves from the insidious danger that can arise from white centric settings. This ‘ungratefulness’ that prevails around people of colour stems from this notion that they have been granted privilege by their white counterparts, an act they should be down-on-their knees overly thankful for.

Referencing the tweet made by Gigi Hadid in response to an argument that occurred between Jake Paul and Malik in early 2020, Payne stated: “She tweeted something about get yourself a respectful man or something. That one didn’t age very well.”

Though Malik has had behavioural issues that are not without their justifiable criticism, the dominant narrative that surrounds the ‘PILLOWTALK’ singer is one that is deeply rooted in a racist notion of violence. Because of his background, the artist is not awarded the same sympathy or even forgiveness as his white counterparts—take Louis Tomlinson’s physical brawl at an airport or even the worshipping of Johnny Depp lately (despite evidence of his own wrongdoing).

Not to mention, Payne’s mentioning of physical altercations that nearly occurred between himself and another unnamed band member. “No, no, we became very close at points—I think it was well-known in the band that I don’t like taking shit,” he explained to Paul. “At a certain point, I made it very obvious, I’m not going to tell you how.”

“There was one moment where there was an argument backstage and someone, one member in particular threw me up a wall. I said to him ‘If you don’t remove those hands, there’s a high likelihood you’ll never use them again’,” the singer continued. So, in one breath he’s criticising and shaming Malik for his aggressiveness while, in typical white fashion, hypocritically and brashly puffing his chest to his own violence—receiving laughs from the rest of the podcast hosts. Payne’s ‘machismo’ (if that’s what you want to call it) is celebrated, Malik’s is demonised.

What hasn’t aged well, in fact, is the band members (of whom I was a fan) never addressing, apologising, understanding or defending Malik against the torrent of abuse he withstood all those years just to keep the show going. The bitterness of this may seep through my words but it is a necessary anger—an anger that arises from a childhood watching someone who looked like me be called a terrorist.

Watching the likes of Piers Morgan grill Malik on why he has a gun tattoo, seeing fan signs or comments online spouting never-ending racist hatred towards him or even once driven out of the band, having Bill Mayer compare him to the Boston marathon bomber, was damaging enough to me on the outside—let alone what it did to Malik himself. As a young Middle Eastern girl, I was suffocated by the reality that no matter how big or attractive you may be, the world might still just hate you.