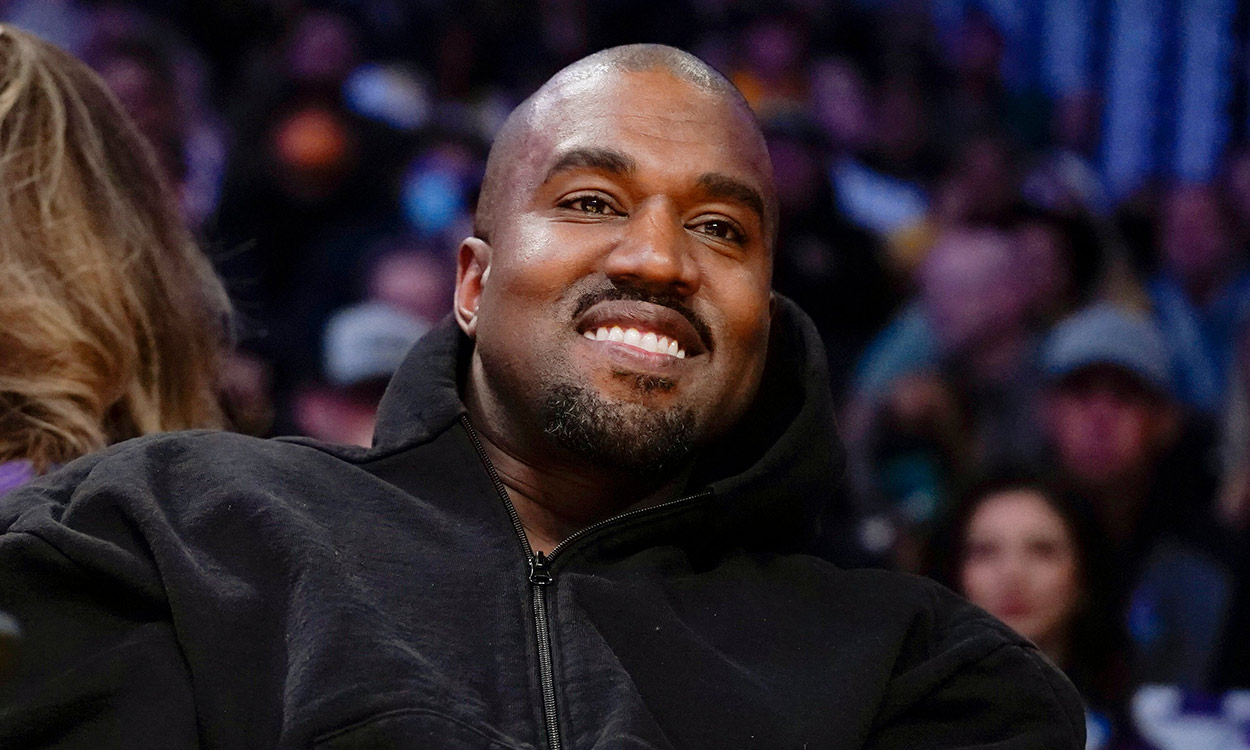 The Kanye West saga: Why I’m hooked on watching the artist self-destruct, one stunt at a time

There’s no doubt that Kanye “Ye” West is an extraordinary and compelling individual—heck, two years ago, he ran for President of the United States. I didn’t take it seriously at the time, of course. For most of us, it was all a big joke. A ridiculous stunt by an attention-seeking celebrity that was supported by the likes of billionaire Elon Musk.

However, in light of recent events, this seemingly ludicrous political escapade casts a stranger and potentially darker shadow.

West has become known publicly for his wild social media posts, often accompanied by captions written in capital letters only and lacking punctuation. Word vomit, if you will. Initially, the posts just seemed an extension of his eccentricity. My group chat would ping frenziedly as my friends and I followed the rapper’s erratic online musings. I would obsessively refresh the page to keep up with his outbursts which were often deleted minutes after they appeared.

Admittedly, as Ye’s posts became increasingly manic, I became more and more intrigued. It was like watching a gore video or a trashy reality TV show—the shock, the drama and the ridiculousness of his statements were gripping, and I followed with such rapture that it’s surprising I wasn’t shovelling down popcorn.

In the past, I had similarly ogled at so-called influencer Andrew Tate’s problematic posts, appalled yet transfixed by his misogynistic online orating. The absurdity was entertaining, to say the least. But that was it. To me, it was all just a fantasy. The comments were ridiculous and nonsensical. I didn’t take them seriously, but there are people out there who did.

On 9 October 2022, West tweeted that he was “going death con 3 On JEWISH PEOPLE.” DEFCON is an acronym that refers to the state of alert of America’s militaries. “Death con 3” appears to be a muddled use of that term. Adding to the long list of his other inflammatory remarks, the tweet showcased that the artist is clearly unstable—he was diagnosed with bipolar disorder several years ago. But until now, did I consider him dangerous, violent, and hateful? I don’t think so.

Many have dismissed his comments online in the last few weeks as the ramblings of a madman, while some even encouraged pity towards him. But West is no longer just an eccentric celeb with a superiority complex, his hateful words are emboldening people into violent physical action.

Following his anti-Semitic remarks, a banner reading “Kanye is right about the Jews” was hung over a Los Angeles motorway. The group behind the move was also photographed doing the Nazi salute. Briefly put, West is increasingly being used as a mascot for anti-Semitism. His comments were previously used to endorse a hate crime and are sure to result in a surge of similar incidents.

In response to this, the rapper’s Twitter and Instagram accounts were suspended. His comments also prompted calls for adidas—the sportswear company that collaborated with Ye on the highly influential brand Yeezy—to cut ties with him, in turn putting an abrupt end to the collaboration.

Days before the company announced the immediate end to the line, West, being the President-aspiring egomaniac that he is, claimed that adidas could not drop him, stating, “I can literally say anti-Semitic things and [they] can’t drop me. Now what?” In response to this, Balenciaga, Vogue, Creative Artists Agency and MRC all cut ties with him. Then came adidas. The Ye chronicles were spiralling into downright horror.

But the drama continued, and at this point, we were all choking on our imaginary popcorn. First, the rapper ended up getting kicked out of the Forbes billionaire’s list as his personal fortune supposedly plummeted from $2 billion to $400 million.

Then, as more celebrities and brands continued to condemn and dissociate from him online, Donda Academy—the sus Christian preparatory school that he only opened in September 2022—closed with immediate effect.

Meanwhile, a documentary recently filmed on the rapper is currently shelved and even his waxwork at Madame Tussauds London has been shunned from public view. No rest for the wicked, heh?

And yet, despite the world turning its back on West, it’s clear that he is not quite ready to take his final bow. Last week, he appeared on Piers Morgan Uncensored, where he gave a characteristically-bewildering-but-nonetheless-captivating interview that lasted for almost two hours in which he defended his slew of anti-Semitic remarks.

Just a few days later, he was escorted from the footwear company Skechers’ corporate offices in Los Angeles after turning up “unannounced and uninvited.” The rapper has since returned to Instagram in his typically chaotic style with a post that read: “I LOST 2 BILLION DOLLARS IN ONE DAY AND I’M STILL ALIVE.” No shit, Ye—you’re still technically a millionaire.

That being said, some die-hard fans of the artist have recently started a GoFundMe in a bid to make him a billionaire again. With the goal of raising $1 billion, the entire ordeal seems like one big joke on the platform.

On the other hand, a number of West’s past employees have anonymously reported that he had an “obsession” with Adolf Hitler and the Nazi party, that he spoke openly about reading Mein Kampf and wanted to title his 2018 album in said leader’s name.

No one quite seems to know the ‘Hurricane’ artist’s next move—except, perhaps, a determination to stay in the headlines. And for that reason, the suspense is more heightened than ever.

But what is it that makes this tale so titillating? Though we might not like to admit it, watching others crash and burn is thrilling—the higher the pedestal, the more pleasing it is. And if ruin is compelling, then West’s topple from power has been positively spectacular.

The rapper—a modern-day deity worshipped by millions—is suffering a very public breakdown, but all we see is a billionaire falling from grace. As his behaviour gets worse, the story only gets better. The world delights in watching him self-destruct. For not long ago, the star had it all. And in just a couple of weeks, he has single-handedly destroyed everything.

For now, however, the problematic rapper’s future remains uncertain, but there’s one thing that I know for sure: the show’s not over just yet and I’m on the edge of my seat. 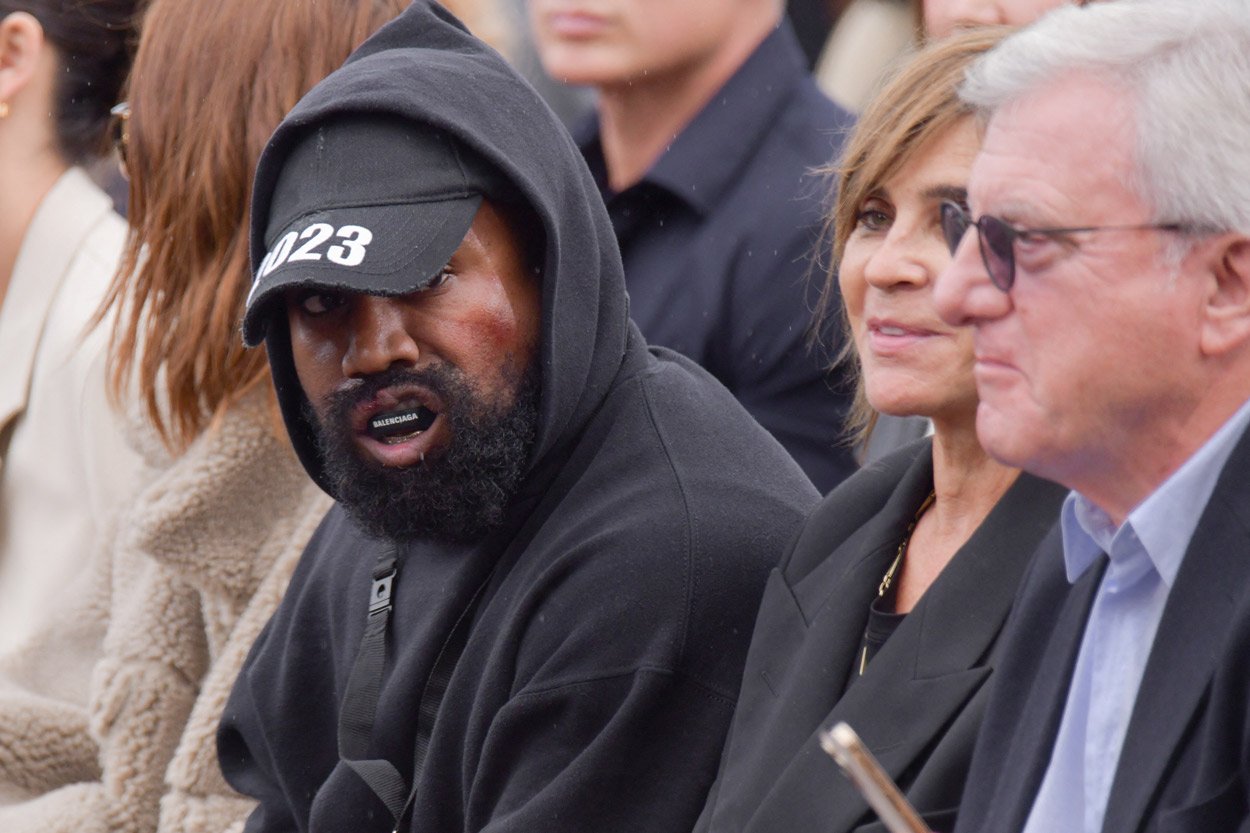 Why is Kanye West pro-black rights one day and desperately seeking white validation the next?

Over the years, Kanye “Ye” West’s unpredictability and unwillingness to conform has both benefited and harmed countless individuals, companies, and movements. Media outlets have profited off of his diagnosed bipolar disorder, his 2020 presidential campaign’s breakdown and, more recently, we all jumped on the rapper’s latest Yeezy collection, SZN9, and its highly debated ‘White Lives Matter’ hoodie.

Ye’s very own brand is to provoke—to start conversations and spark debate. The problem is that he often does so regardless of the consequences his statements might have on the black community. The same goes for the part he plays in the far-right movement for that matter—having West himself print a slogan widely used as a racist response to the civil rights movement Black Lives Matter (BLM) on a piece of clothing validates right-wing ideologies and propagates anti-black sentiment.

Complex once described the musician as “beyond human,” going as far as to add that he is “the most influential brand in the universe.” Bit dramatic, but you get the idea. Ye’s reach transcends mere physical boundaries.

It would be easy—albeit wrong—to dismiss this latest scandal as yet another Ye stunt aimed at criticising our sometimes performative wokeness. However, just like he’s done a couple of times before, West’s almost unworldly way of thinking and overall energy (which are both thrilling and anxiety-inducing) have gone too far. He’s overstepped the mark.

As journalist Naima Cochrane wrote for Billboard, “After years of extending West grace—because of the tragic loss of his mom in 2007, because of his mental and emotional health, because of his talent, or just because the black community’s instinct is to protect our men publicly—the collective black ‘we’ are largely done trying to decipher his motives and intentions.”

BLM was never anti-white in the first place. Black lives matter because they’re more at risk—more at risk during a police encounter, in custody, and in many more instances. So why is Ye feeling the right to dismiss these very same lives by publically tainting the movement so many have fought for?

Well, as American radio host and television personality Charlamagne tha God put it, “He knows exactly what he’s doing and people fall for it every time. […] The reality is, there aren’t too many people in the world who openly seek white validation like Kanye West.”

But Charlamagne went further than simply stating the obvious—he theorised on why we’ve seen Ye go through these polar opposites so many damn times. “Whenever he’s going through something, whenever he’s beefing with a corporation, with his ex-wife, he becomes so pro-black. But when he’s up and things are fine, it’s ‘slavery was a choice’, ‘black people focus on race too much’ and when he’s in these circles like the one he was in at that Paris fashion show, it’s ‘White Lives Matter’,” the radio host was heard explaining in a clip shared on TikTok.