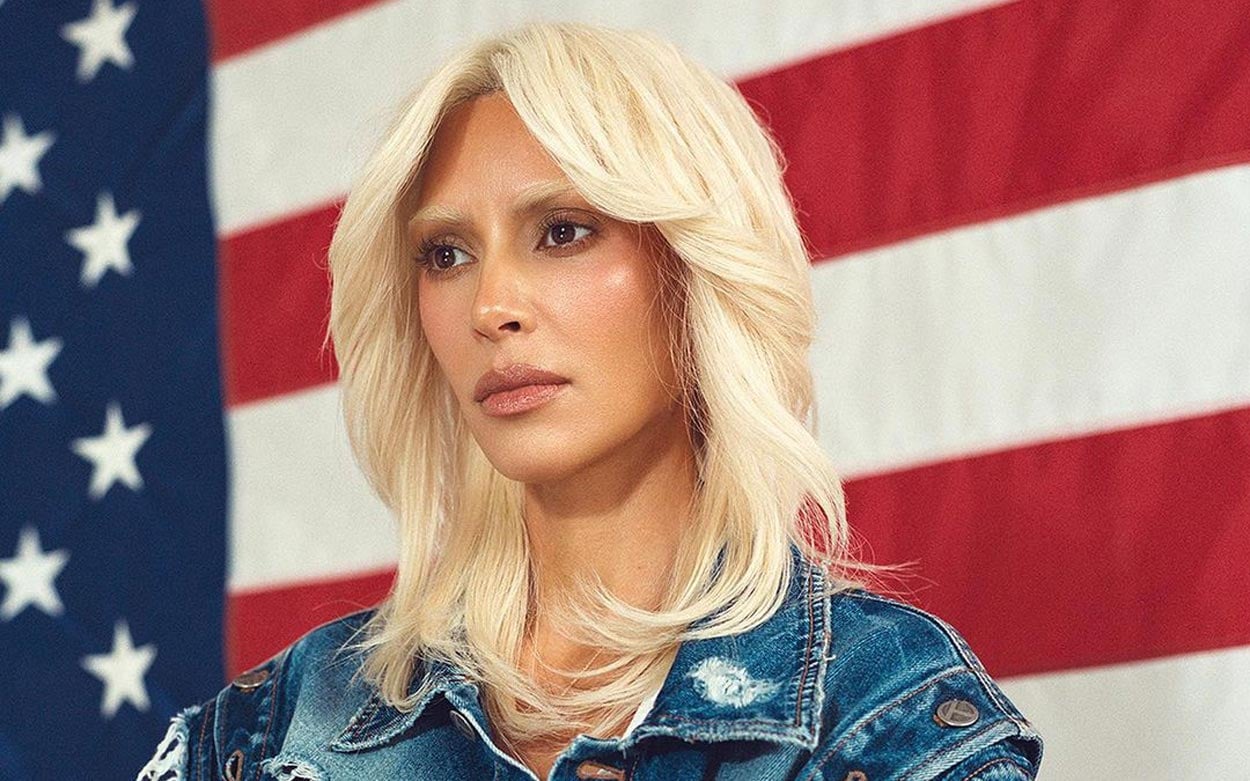 Kim Kardashian is launching a true crime podcast on Spotify

Over the years, podcasting has become the millennial version of “Hey, do you wanna start a band in my garage?” As Meghan Markle, Lindsay Lohan and Ashley Graham continue to forge a treasure trove of audio content in their own niches, reality TV star, SKIMS mogul, SKKN founder and lawyer-in-training Kim Kardashian is adding yet another title to her growing resume.

In her September cover story with Interview Magazine’s Editor-in-Chief Mel Ottenberg, Kardashian casually mentioned that she was going to record an episode of her new podcast later that day. “I’m doing a true crime podcast on Spotify,” the American socialite, who reportedly signed a deal with the audio streaming service back in 2020, told Ottenberg.

“It’s called The System,” she continued. “The first season is about a really crazy case where a guy got the death sentence for a triple homicide that happened in Ohio. There are so many twists and turns with how it was handled—or mishandled—and we take the listener along for a journey in search of the truth.”

While Kardashian didn’t specify the exact details of the case, she has previously talked about Kevin Keith, a former death row inmate who claims he was wrongfully convicted in the 1994 shooting and killing of three people in Bucyrus, Ohio. 13 days before his scheduled execution in September 2010, then-Ohio governor Ted Strickland commuted Keith’s sentence to life without parole—after which Kardashian made a video visit with the inmate.

“So much evidence has been uncovered proving Kevin’s innocence. I hope justice is served soon and he is released,” the mogul captioned her posts across social media platforms in 2019. As of 2022, Keith is housed at the Marion Correctional Institution.

In the interview, the business magnate also went on to admit that she was a true crime junkie. “I’m obsessed,” she added. “I had to stop watching Dateline and all the shows when I was studying in law school.”

The System essentially aligns with Kardashian’s interest in criminal justice reform, a topic that inspired her to start studying law. “My next big thing is just finishing law school because I’m halfway there. It’s really time-consuming,” she said. “I have to study two hours every day with my professor. I don’t have a day off from that.”

The mogul further mentioned that she is continually motivated by women who were handed lengthy prison sentences for “low-level drug offences.”

“Their stories were all very similar. They all committed a crime for their boyfriend, or for their husband. I mean, I probably did some dumb shit at some point and I was maybe just a few decisions off of being in a similar situation, any of us could be. Once I saw how broken the system is, I couldn’t stop. I have to help as many people as I can. These people are thrown away and put in prison and no one cares. It’s so heartbreaking.”

Kardashian went on to address the overturn of Roe v. Wade and the climate criminal affair of celebrities and their private jets by stating, “I have super climate change-involved friends, and I love learning from them. I do what I can, but you have to pick and choose what really works for you in your life.”

The Keeping Up With the Kardashians star also added how she’s currently doing a voiceover for Paw Patrol, “a Nickelodeon kid’s dog movie.”

“Would I act? I would if something fun came about. Maybe a Marvel movie, that would be so fun to do,” she said when asked about her acting ventures. “I’m not actively looking, but I think things just come when they’re supposed to.” 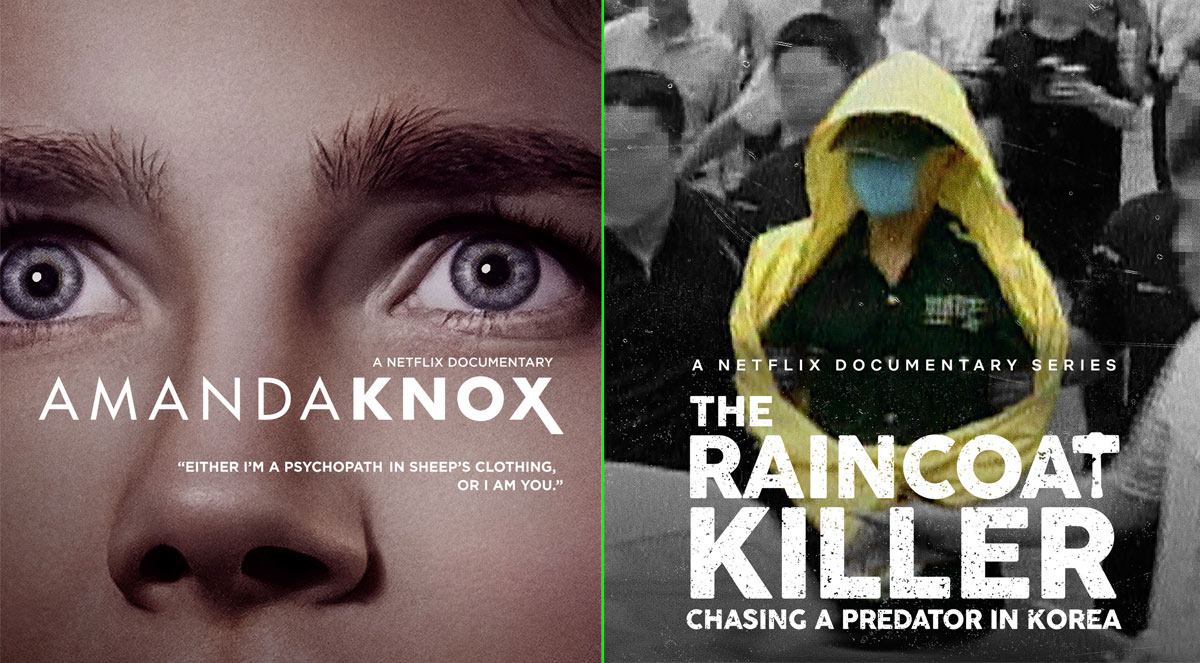 Be it podcasts, TV shows, movies or even books, true crime content is officially having a moment—with Netflix alone dropping new documentary films or miniseries under the genre every month since December 2020. With stories of bone-chilling serial murders and the minds of suburban killers gripping viewers worldwide, it’s safe to say that being a true crime fan has now evolved from being a niche interest on Tumblr to a widespread hobby for many.

On 6 July 2022, Netflix released one of the “most frightening” documentaries of all time called Girl in the Picture. Shortly after, thousands of fans took to social media platforms to admit how disturbed they were by the film.

Calling all true crime aficionados! Here are ten documentaries similar to Girl in the Picture that you just can’t miss on Netflix. After you’re done with this list, I guarantee that you’ll ask yourself the following: Do I really know my neighbours next door? How safe is it to walk alone on a quiet street? Are hot people capable of committing gruesome crimes? Wait, did I lock the front door in the first place?

Directed by Skye Borgman and originally released in 2017, Abducted in Plain Sight tells the story of Jan Broberg, an Idaho teenager who was abducted, brainwashed and repeatedly sexually assaulted by her decades-older neighbour Robert Berchtold in the 1970s.

But Berchtold did not just abduct Broberg once. In fact, he trapped the teen’s religious parents in such a web of trust and shame that he managed to convince the family to drop the most serious kidnapping charges against him, who in turn continued letting him spend disturbing amounts of time with their young daughter, and—in the most shocking twist of all—eventually abducted her a second time.

2. American Murder: The Family Next Door

2020’s American Murder: The Family Next Door is guaranteed to leave you wondering if we really know those around us—especially the ones we love. Using raw first-hand footage, text messages and law enforcement recordings, the documentary follows Chris Watts, who killed his pregnant wife Shanann and their two daughters, Celeste and Bella, back in 2018. The 80-minute film explores the quadruple-murders in a way that makes the mother and daughters more than just the victims of a crime committed by an incredibly disturbed and broken man.

One thing you should know before watching Casting JonBenét is that you won’t get any answers. And according to director Kitty Green, that’s exactly the point.

The 2017 true crime documentary is based on the unsolved 1996 murder of six-year-old beauty queen JonBenét Ramsey. Was Ramsey killed by her brother? Is she secretly Katy Perry? Conspiracies aside, most of Casting JonBenét comes from real-life casting calls—featuring actors auditioning for the roles of the crime’s key players, while also sharing their own theories on what happened to the young pageant star.

What starts as a normal at-home 23 and Me DNA test for Jacoba Ballard quickly evolves into something sinister once she learns that not only does she have dozens of siblings she didn’t know about but they all share the same father: the supposed fertility specialist that helped their parents conceive children decades earlier.

2022’s Our Father revolves around Indiana-based doctor Donald Cline, who would often substitute donor sperm with his own in a serious breach of trust and horrific incident of medical sexual assault. Over the years, Cline fathered 94 biological children (and possibly more). But what’s even worse is that he used to limit the so-called ‘donor’ sperm to lessen the risk of creating too many siblings living in the same area, which could result in them becoming romantically involved with each other.

Who killed Sister Cathy? That is the question The Keepers asks over the course of its runtime. The seven-episode docuseries analyses the murder of nun Catherine “Cathy” Cesnik—whose sudden death stunned the town, especially her students at Archbishop Keough High School. Was Cathy’s murder part of an elaborate cover-up by the Catholic Church? Was she killed because she threatened to reveal rampant sexual abuse going on at the high school for girls? Why don’t you find out by yourself?

6. The Raincoat Killer: Chasing a Predator in Korea

The Raincoat Killer: Chasing a Predator in Korea is a three-episode-long docuseries that dives into the case of Yoo Young-Chul, who admitted to killing 26 victims—although the police initially believed he only committed 19 murders—between 2003 and 2004. Mostly targeting wealthy elderly, sex workers and masseuses, Young-Chul used to bludgeon his victims to death with a makeshift hammer, decapitate them and even eat some of their organs. Simply put, there’s enough blood and gore here to make you look over your shoulder the next time you find yourself in a dimly-lit street.

7. The Disappearance of Madeleine McCann

There was a time when three-year-old Madeleine McCann’s picture was on the cover of every tabloid in the UK. While the McCann family was vacationing in Portugal back in 2007, the young girl disappeared from her bed when her parents were dining at a nearby restaurant and was never seen again. Her disappearance became a media frenzy and one of the most heavily-reported missing persons cases in history. The Disappearance of Madeleine McCann hence landed as an eight-part series on Netflix in 2019.

If you’ve watched Amanda Knox before, chances are that you spent significant portions of it yelling at the screen. While on a foreign exchange trip in Perugia, Italy, American college student Amanda Knox was accused of brutally murdering her roommate Meredith Kercher. Knox was quickly painted as a “monster” as she became a media sensation and was eventually sentenced to an Italian prison.

The documentary showcases her four-year incarceration before being acquitted by the Supreme Court of Cassation. Amanda Knox is not only a shocking story about a tragic murder but it also proves how dangerous the court of public opinion can be. Knox herself sums up the scare metre for this film by stating: “If I’m guilty, it means that I am the ultimate figure to fear… but, on the other hand, if I am innocent, it means that everyone is vulnerable. And that’s everyone’s nightmare.”

9. Night Stalker: The Hunt for a Serial Killer

You might want to lock your doors and windows for this one. Beneath the glitz and glamour of Los Angeles lurked a sinister killer called Richard Ramirez (also known as the ‘Night Stalker’), who menaced the city of angels throughout the 70s by breaking and entering his victim’s homes before assaulting and torturing them in unimaginable ways with increasing sadism.

The four-part 2021 documentary is told from the perspective of the detectives who hunted him down and the few who survived him. Unlike other true crime documentaries, Night Stalker doesn’t seek to humanise its subject. Instead, it taps into our worst fears and doesn’t hold back.

Sophie: A Murder in West Cork is a three-part docuseries about the 1996 murder of Sophie Toscan du Plantier, a French national who had a vacation home in the tiny Irish town of Schull. Upon the discovery of her body in a laneway by her house, it was also detailed that her face was so disfigured she couldn’t be identified by her neighbours. The search for her killer has also led to bizarre twists, with the main suspect, Ian Bailey—who denies all charges to this day—convicted of homicide in a Parisian court in absentia.

The docuseries makes a shocking story, steeped in death and controversy about how a cosy community was changed forever by one horrific incident.