I cracked the case: I know exactly why Love Island is so boring this year – Screen Shot
Deep Dives Level Up Newsletters Saved Articles Challenges 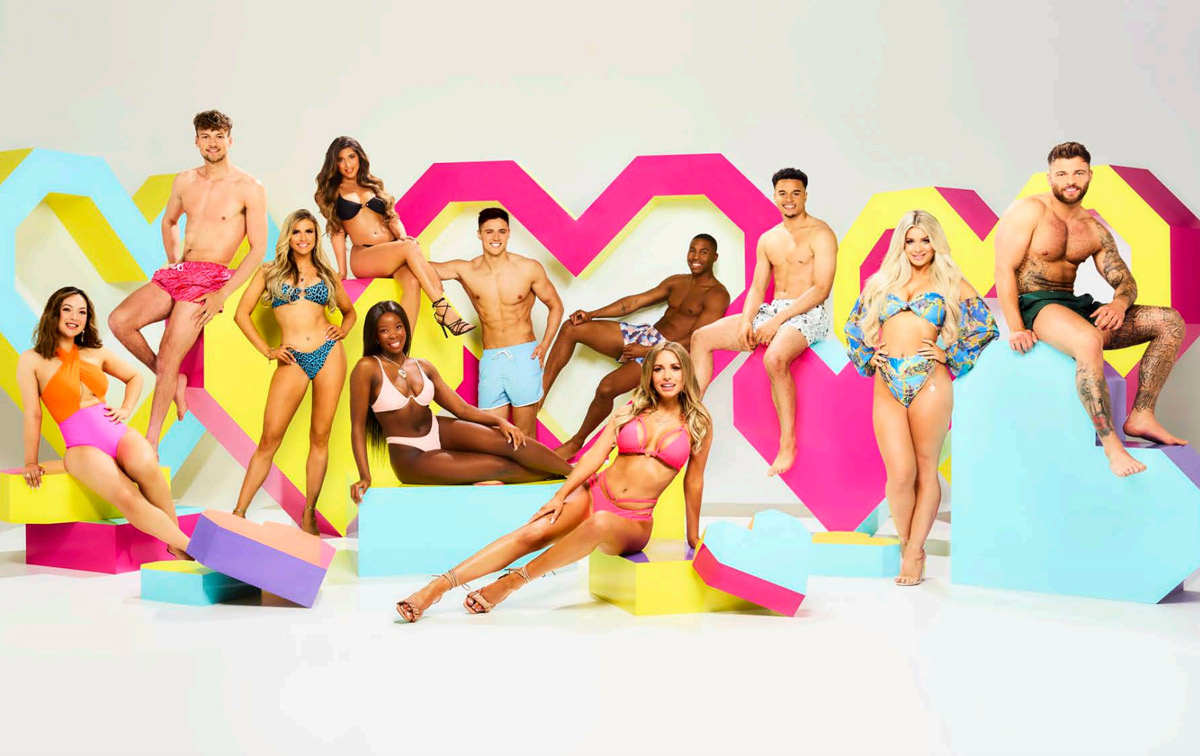 I cracked the case: I know exactly why Love Island is so boring this year

It’s that time of the year again—Love Island is back, after being cancelled during last year’s summer, and I could not be happier. But something about this season (and arguably this whole summer) feels different. Many viewers have been complaining that the show has been too slow, while others have commented on some obvious displays of toxicity. But what can the reality TV show really teach us about dating in 2021?

Arguably, one of the best things about watching Love Island is the live-tweeting and online reactions happening simultaneously. And from what I have gathered, many people have described this season as boring, uneventful, and dry. We are about three weeks in, and so far, there are barely any solidified couples, few of the islanders seem particularly fond of one another in a romantic way, and those who are, are deemed as boring or irrelevant by the public.

Sure, this season has been very slow, and at times, difficult to watch. But I can’t help but wonder if this is due to poor casting, or if the season is really just a reflection of what happens to your social skills and your dating game after you have spent the last year and a half (give or take) in-and-out of isolation?

Screen Shot spoke to Brian Appleby, a London-based relationship therapist, about this. “My speculation would be that for most people now, there’s been very little practice of social interaction and that creates difficulties.” This can potentially promote a sense of apprehension and fearfulness when it comes to dating, he further explained. What can feel like an exciting opportunity to channel normality, can quickly become daunting.

The pandemic has impacted every single one of us, and we can not ignore the effect that it has had on the way we date. According to a recent study conducted by UK based charity Relate, one in four singles has shared that they feel “out of practice” in the bedroom, while one in eight said that they are not ready to be intimate again.

It’s also important to note that everyone’s boundaries and feelings around social distancing are different, which means that meeting new people (and this goes beyond just dating) can be an awkward and intimidating experience. This can tamper with your confidence, and throw you off your game—which could explain what we are painfully witnessing on this year’s Love Island.

Take ex-islander Shannon Singh as an example, the first contestant to be dumped from the villa this season, on day two—one of the quickest dumpings in the show’s history—who later hinted she was kicked out due to refusing to kiss any of the men in a challenge. Or some of the recent interactions between Hugo Hammond and new girl AJ Bunker (CC: that scene on the roof terrace, the recoupling), labelled as awkward by people on Twitter. Yes, there is a lot of awkwardness present in the villa this season. But perhaps there is some level of relatability here?

Aside from making some of us a little more antisocial along the way, the pandemic (and the isolation that came with it) has also resulted in many actively pursuing commitment, with 42 per cent of singles entering “short but intense” romantic relationships, and 39 per cent sharing they are open to meeting “the one.”

Dating new people can be ridiculously stressful, especially when looking for an actual relationship. Islanders always state that they go into the villa in order to find love and commitment, and many of them genuinely seem to (while for others, those PLT and Boohoo contracts are definitely a bonus). Falling in love requires vulnerability, but how can you let your guard down if the guy you are coupled up with, who has all of your ‘eggs’ in ‘his basket’, might drop you the second a new blonde walks into the villa? (Seriously, the obsession with blonde hair this season is scary, but this is a whole other conversation for another time).

Appleby previously wrote about the dilemma of choice in Love Island, explaining how the way in which islanders frequently find themselves in love triangles is a common theme in life. There is so much choice out there—how do you know if you are making the right decision by committing to someone?

The thing with this season is that there seems to be a little too much choice and very little commitment. Jake struggling to commit to Liberty, lusting over every blonde girl who comes in. Brad and Faye, then Brad and Chloe for a minute, then Brad and Rachel, then Brad and Lucinda, Lucinda and Danny, and now Lucinda and Aaron. Toby and Kaz, then Toby and Chloe. And we haven’t even made it to Casa Amor yet.

While it’s easy to judge from the outside, if we look at our own lives as gen Zers and millennials, particularly the way we interact with dating apps, we do something very similar without even realising it. When I used Tinder, the sheer quantity of matches I would get would quickly turn unnerving. It felt like I was replying to one bot after another, dehumanising the person on the other end. It didn’t matter if a conversation was dropped—there was always another match.

“Dating apps kind of commoditised relationships,” explained Appleby. On one hand, they provide access. On the other hand, they create a culture of expendability, as we are always waiting until the “next available, possibly better choice turns up.” And the multiplicity of choice can make it more difficult to commit. So when you think about it, is the reality TV show really that different?

Love Island reflects a lot of real-life experiences. And this season just happens to be set in the middle of a global pandemic. Yes, perhaps it’s a little slower than usual—but both you and I will probably keep watching. 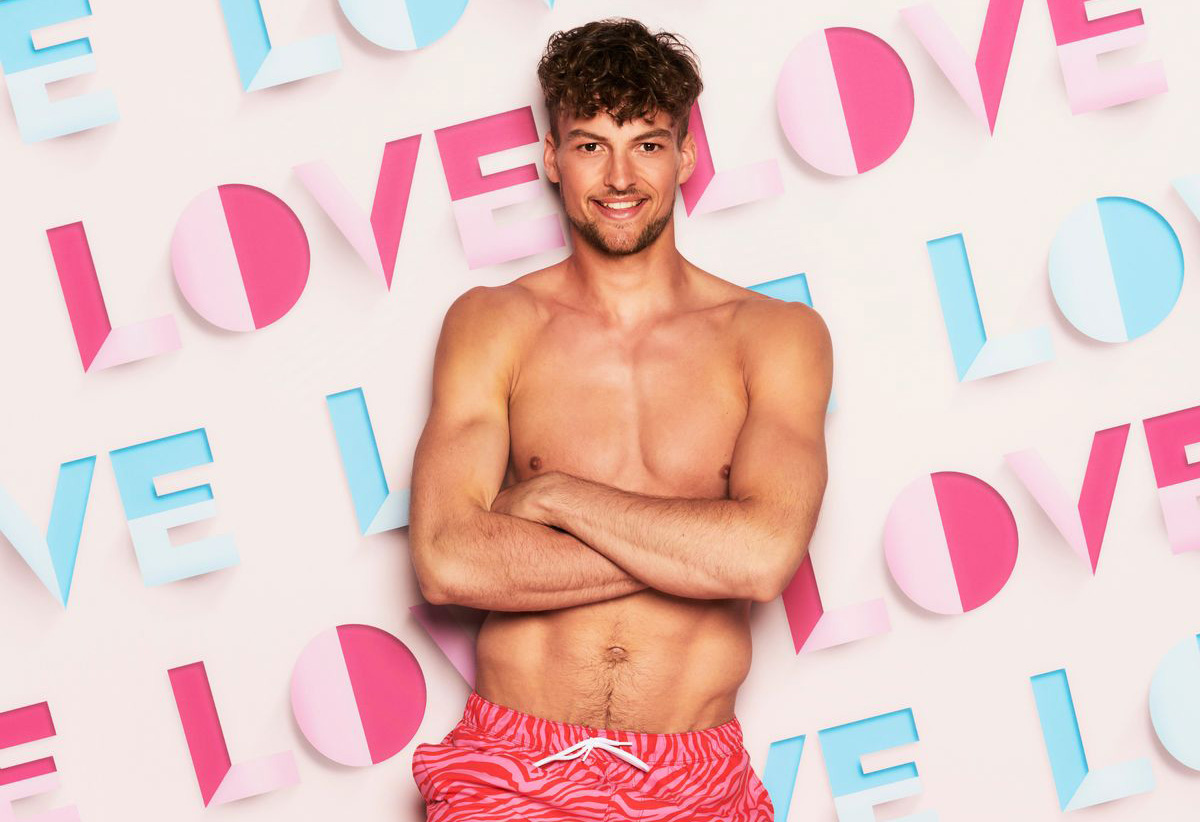 Last week, Millie Pickles, a para-athlete, took TikTok by the storm after revealing Love Island’s plans to cast her as a contestant. Although Pickles declined the offer, it paved the way for wider speculations about the reality dating series welcoming one of the most diverse line-up of singletons this 2021. Following a series of announcements this morning, Love Island has indeed delivered on its push towards inclusivity.

Confirmed as the show’s fourth Love Islander, Hugo Hammond is a 24-year-old Physical Education teacher based in Hampshire. Born with a clubfoot, a condition caused by a shortened Achilles tendon in which an infant’s foot is turned up and inward, Hammond is reportedly the first star with a disability to be casted for the reality TV show.

“I’ve actually played cricket for England PD (Physical Disability),” the star told The Mirror. Visiting places like Bangladesh and Dubai, Hammond has travelled across the world to score wins for his team. The Oxford Brookes University graduate also credited the pandemic as the major reason for being “single for a while.” “It’s been really hard to get back into dating,” he said. “I saw it as an opportunity to have an amazing fun summer and put myself back out there.”

Born with a clubfoot, Hammond also added how he had many operations as a kid. “You can only really tell when I walk barefoot. I’ve got a really short achilles heel and walk slightly on my tip toes.” As for his job as a PE teacher at a secondary school, he admitted to loving everything there is to it. “It’s great to be able to pass on the enthusiasm to be physically active to the younger generation and hopefully they feel the same about me teaching them,” he explained.

Love Island has previously featured Niall Aslam, a 25-year old, who revealed his diagnosis with autism only after leaving the villa prematurely in 2018. The star later admitted to suffering from psychosis and hallucinations on some nights, which eventually led him into quitting the show. Love Island has since faced criticism for the lack of diversity in its line-up of contestants, particularly in regards to race and body shapes.

In 2019, Richard Cowles, creative director of ITV Studios Entertainment, went as far as defending Love Island by outlining its efforts “to be as representative and diverse as possible.” “It has to come back first and foremost,” he said. “It’s an entertainment show and it’s about people wanting to watch people we’ve got on-screen and then reacting and falling in love with one another.”

In April 2021, ITV revealed Love Island’s plans to be more LGBTQI+ inclusive. Partnering with Tinder to find new contestants, it was announced that some of the advertisments run by the show would target both straight and gay users on the platform. This inclusivity push was further criticised as a format that would “inevitably complicate things.”

However, amassing over 1,000 followers by the time I finished writing this article, Hammond is undoubtedly becoming the talk of the town even before his debut in the iconic villa on the sleepy island of Majorca, which will take place on 28 June 2021. The comments under the announcement on Instagram also feature users from across the world praising Love Island for its somewhat inclusive line-up. And with more contestants being revealed among its aesthetic grids as we speak, hot vax summer might actually be off to a good start—at least on reality television.