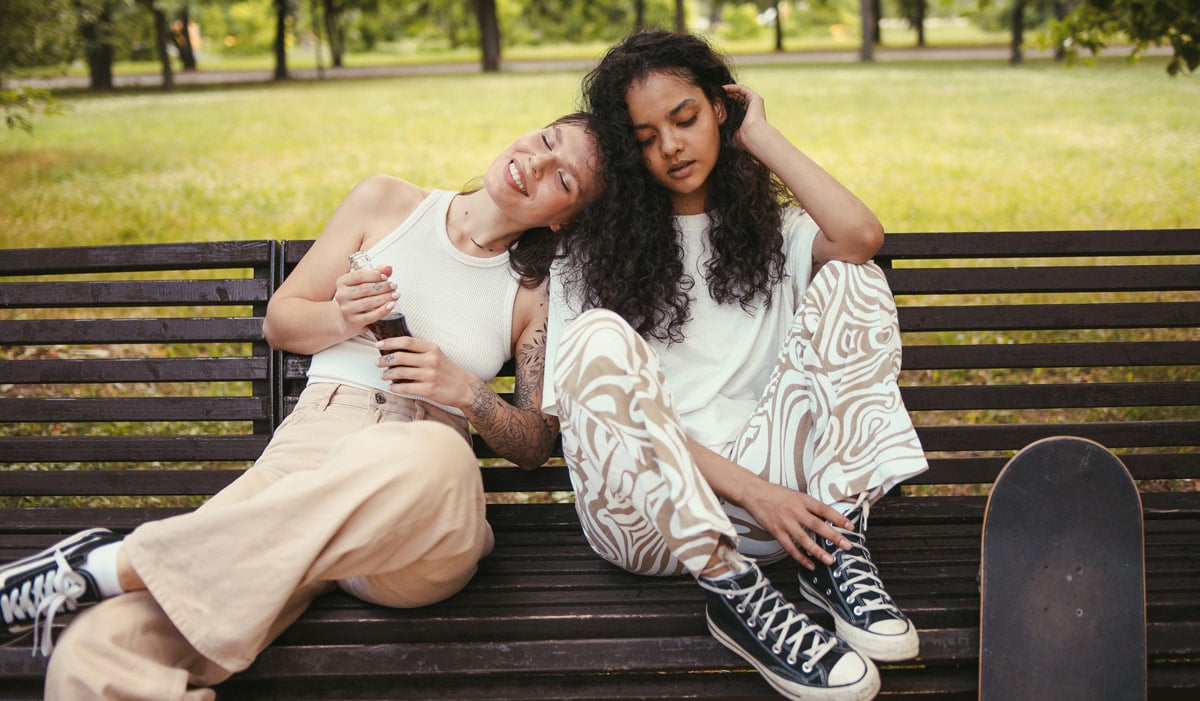 No, you won’t find your soulmate on dating apps, new study reveals

Many of my friends have found their current partners on a dating app. Although unwilling to take the jump at first, I also had my fair share of Tinder dates. And even though dating apps never led to meaningful relationships in my case, my opinion on them slowly changed the more swiping I did. As a gen Zer, I accepted the fate of my generation—most of us would likely meet our long term partner on a dating app. And that’s perfectly fine by me.

Chances are, you probably think the same. Dating apps have become the norm—who chats up someone face to face without chatting them up real quick on an app first, right? Well, sorry to break it to you, but it turns out that we’ve been looking in the wrong place the whole time. According to a new study published in Social Psychological and Personality Science, most couples actually start out as friends.

“Our research reveals that relationship initiation studies published in popular journals and cited in popular textbooks overwhelmingly focus on romance that sparks between strangers and largely overlook romance that develops between friends. This limited focus might be justified if friends-first initiation was rare or undesirable, but our research reveals the opposite,” reads the research’s abstract.

The study looked at data gathered from over 1,900 Canadian university students and polled adults about their romantic relationships. What researchers found was that two-thirds of couples were platonic friends before they fell in love. In other words, they did not meet on Hinge and immediately started shagging. Among participants in their 20s and queer people, the rate was even higher. Apparently, 85 per cent of queer couples started out as friends. And while the bulk of this research was done in Canada, dating culture in the US is pretty similar, so this feels revealing across the board. When it comes to the UK, I’ll let you make up your own mind.

Before you start panicking and decide to go through a mental catalogue of all your friends, let me help you sort through them more rapidly. Among college-aged participants, the study also found that most were friends for between one and two years before things got romantic. Participants also reported that they didn’t secretly initiate a relationship with their now-partner with the intention of dating them. So don’t go and try to single out your one pal you secretly find hot because this is not what we’re talking about here.

These new findings clearly go against what we’ve all been fed since the rise of dating apps—that gen Zers and millennials nowadays will find the love of their life online. If, like me, you’re still unsure who to trust—I mean, come on, even Stanford University said so—in an article for Mic, Tracey Anne Duncan found the main reason behind this romantic bias.

“These Canadian researchers also looked at previous studies on how romantic couples meet and found that 75% of those studies centered around couples that were created in some sparky moment with a stranger. Only 8% of the studies they looked at focused on the friend-to-partner pipeline. Basically, it’s possible that science and the media haven’t reported that most couples are friends first because we simply overlooked the possibility. Guilty as charged,” she explained.

This research suggests that, although we feel confident that we know why and how people choose partners, become a couple and fall in love, we simply don’t. What we do have a good understanding of is how strangers become attracted to each other and start dating—that’s very different from actually building a long term relationship.

“Our research suggests that the lines between friendship and romance are blurry and I think that forces us to rethink our assumptions about what makes a good friendship but also what makes a good romantic relationship,” lead author Danu Anthony Stinson, a psychology professor at the University of Victoria, Canada, told EurekAlert!.

Now, what should you do about it? Not much—if you’re ready to settle down, just keep your mind open and your dating apps closed. 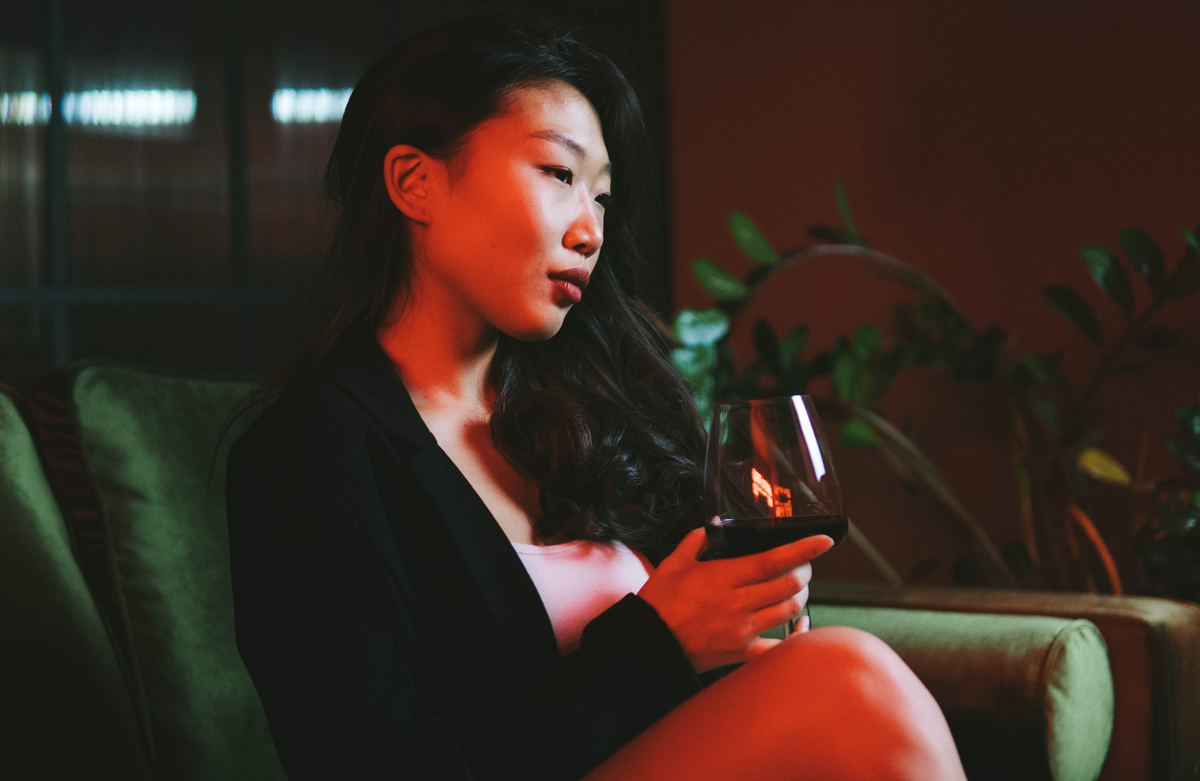 Dating app bios have had a love-hate relationship with the pandemic. From humble toilet paper brags to puns about face masks and Purell gels, it seems as if dating profile bios have arrived at their latest pit-stop: COVID vaccination.

Keywords like “covid vaccinated” and “fully vaccinated” have started dominating bios as Tinder reported a 258 per cent rise in users mentioning the word “vaccine” between September and December 2020. OKCupid, a dating app that matches members based on multiple-choice questions, notes a 137 per cent increase in mentions of the keyword between November 2020 and January 2021.

Conversations about proper sanitation and precautions were already a turn-on for dating app users since the beginning of the pandemic. “Two out of three people are already having the ‘COVID conversation’ before they meet,” a spokesperson for Bumble explained in an interview with Tyla. “Before meeting up, 63 per cent of people had a conversation with their dates about the venue, mask-wearing and physical contact, with 80 per cent of people saying that this helped get to know their date better and feel safer.”

The latest trend of vaccination bios seems to further add on to a user’s ‘oomph’ factor. OKCupid includes a set of questions about vaccinations that users can choose to answer in order to match with potential suitors. The question “will you get the COVID-19 vaccine?” has gotten 45,000 correspondents with over 70 per cent positive responses. According to Tyla, these users are getting 2.3 times more ‘likes’ and 1.8 times more matches than those who said no.

“Not only is the vaccine becoming the biggest talking point on dating apps, it’s actually becoming a huge deal-breaker,” Michael Kaye, a spokesperson for OKCupid tells Insider. Further data collected by the app suggests that 40 per cent of millennials and gen Z users would cancel a date with someone who refuses to take the vaccine with the figure 18 per cent higher for women when compared to men.

Though most countries currently prioritise older citizens who are at the highest risk against the virus, majority of these vaccinated-hence-desirable users include key workers like health professionals and those with certain medical conditions who have been given priority in their country. Young vaccine trial participants and US citizens who have been queuing up outside pharmacies for leftover doses are among the dating app users who have been able to get a shot before others.

The trend, despite its seemingly-harmless digital nature, is not free from criticism. One of the downsides pointed out is the lack of verification of the information provided. Users could easily lie about their immunisation status online to engage with their matches who deem their interaction ‘safe’. Dating apps do not verify if someone has been immunised or not from their side either. Insider reports that these apps would not be HIPAA-compliant if they shared health information in the US.

However, the trend might signal the initiation of a greater good: winning the war against COVID-19 itself—and anti-vaxxers too. The desirability quotient related with vaccination statuses on these apps might push more users to get vaccinated, creating new dating norms like ‘vaccinate and chill’ in the process. Eagerness to get back onto the dating market additionally helps push the trend in a positive light. Overall, its ultimate benefits seem to outweigh the immediate negatives. So brace yourselves to spot profile bios in the lines of ‘Let’s rub our anti-bodies together’ soon on your favourite dating apps.