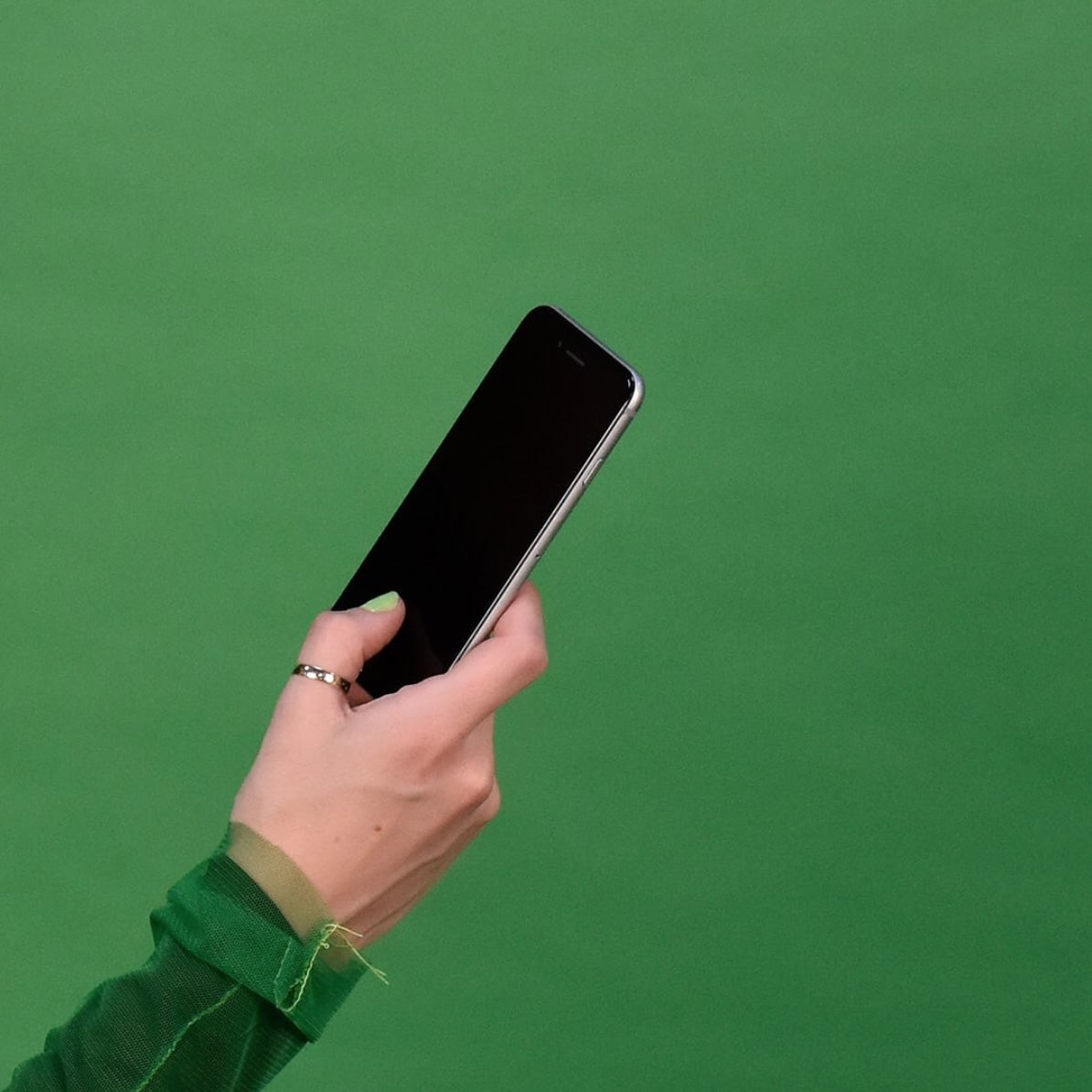 How we should use dating apps during a coronavirus pandemic

The coronavirus outbreak is only now starting to seriously affect the UK and the US, and everyone is panicking. Here I am, working from home during what seems to be the end of the world. People are scared, confused and unsure about what lies ahead. Have we got enough food in the house? Am I really going to do all my meetings through video calls for the next month? Even worse, am I really going to be unable to date people for a whole month?

Reaching ultimate boredom because you’re stuck in the house is one thing; self-isolating and therefore missing out on many great dates—and, potentially, great sex—is another thing. Here’s how the coronavirus is impacting our dating lives and what you can do to make things just a tiny bit better.

Add self-isolation to general public health concerns, and people feel lonely, panicked and desperate for some company. Friends that were ‘on the market’ for a few months have decided to delete their dating apps completely, justifying this by explaining that opportunities are much slimmer and that nobody seems to be talking about anything else at all. “Dating during a pandemic is just… different,” said one.

Screen Shot spoke to a Tinder spokesperson about how the app was approaching the outbreak and what measures it was taking to inform people to stay safe. “Tinder understands that our members are oftentimes meeting new people in-person, and given the current environment, we wanted to remind them of the precautions they should take. All of the suggestions shared are from the World Health Organization, and we are making it easy for everyone on Tinder to find out more by linking directly from the app to the WHO site.” In other words, at the moment, there’s not much the app can do apart from encouraging people to avoid meeting for dates.

However, while it looks like regular activity is continuing on Tinder, the dating app just recently had to cancel the release of its apocalyptic-themed in-app video series called Swipe Night. The company had planned to release the first season of the show offering a five-minute interactive story where users made choices to progress the narrative. These choices would then appear on the users’ profiles and would be used to match them with others who also took the same action. Apocalyptic theme put aside, this actually sounded like a good distraction. Another one bites the dust.

The same can be said for other dating apps such as Bumble, Hinge and Grindr. And while the reasons behind this drought are more than justified, FaceTiming matches and having phone sex might not cut it.

That’s where Feeld comes in. For those of you who haven’t heard about it before, Feeld is a dating app for people interested in polyamory, kink, swinging and other alternative sexual preferences. Speaking to Feeld’s head of PR Lyubov Sachkova, Screen Shot asked about the app’s new way of facilitating intimate interactions. “Being online is what everyone seems to be doing now, more so than ever. What that means for dating is that while people might not be meeting in real life they still would want to connect with like-minded individuals and create connections, chat and get to know one another,” explained Sachkova.

What’s the deal, some of you might ask. “We are aiming to create a multi-sensory digital experience that stimulates sight, touch and hearing. So hopefully in this time of social distancing we can still feel the positive effects of human touch even if only digitally for now.” While we’re all stuck inside losing our mind over the tiniest thing only because we can’t deal with being isolated for more than two days, For Play gives you the chance to get a tiny bit of gratification and thrill over bumping your orb against someone else’s—sounds dirty, I know.

What we can take away from this is that dating will not be the same for a little while. Whether you decide to keep on using dating apps to chat online or have already deleted Hinge from your phone, we can all agree that self-isolation is, technically, making meeting new people harder for everyone. It’s all about your determination now. Are you willing to date through FaceTime? If not, For Play seems like the safest (and funnest) option.

So, what are you waiting for? Want to bump your orb against mine? Just make sure you wash it first. 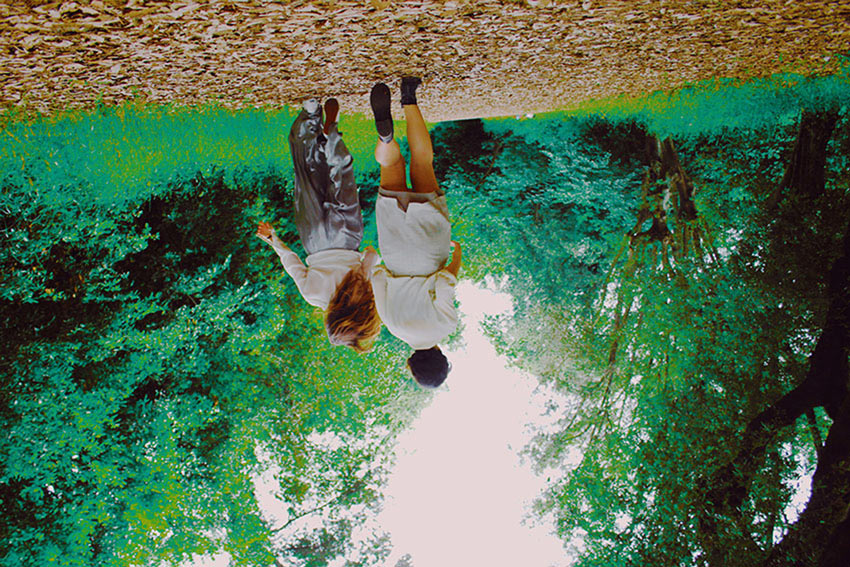 Using dating apps has now become a common part of our dating lives. Most people have used or are still using Tinder, Bumble, Feeld, and the many other ones. And yet, many remain single without wanting to be. We complain about the apps’ features, the way they work, and the people we end up meeting on them. We’re accustomed to matching with the way people look instead of matching with their personality, and maybe that’s the primary reason we can’t seem to find ‘the one’.

That’s exactly what the new dating app Birdy wants to change. Birdy is a personality matching app that understands you first, and then finds your perfect match. How does it do so? By asking new users to fill out an in-depth personality test. This idea might sound quite old-school to some, reminding us of what matchmakers used to do before dating apps became the norm. But Birdy’s concept is, as its website states, based on a 92-year-old theory that is trusted by 89 per cent of the Fortune 100, so why not give it a try?

Birdy’s main concept relies on the simple fact that in order to have a healthy and lasting relationship, we first need to get to know ourselves. And how can we achieve that? By taking the app’s personality test, apparently. The theory behind the test is based on Swiss psychiatrist Carl Jung’s own personality classification. 92 years ago, after analysing data about people’s different personalities, Jung came up with 16 different types of personality and their communication preferences.

Referring to the Jungian typology theory, Birdy’s website explains that it “categorizes people’s preferences based on how they interact with the world and how they gather and process information to make decisions.” Most people are familiar with the most common application of that theory, the Myers-Briggs Type Indicator (MBTI), but Birdy “goes the extra mile and puts a romantic spin on it.”

The whole concept might sound too complicated to truly work, but the end goal is actually quite simple: to help you fall in love, as cheesy as it sounds. Filling out the test takes more time than your usual Buzzfeed quiz, but the 39 questions do the job. In-depth questions push people filling it out to put themselves back into the mindset they had when they were younger, before they started forming a ‘social self’.

Screen Shot spoke to Juliette Swann, the founder of Birdy, about where the idea came from and what’s next for the app. After spending 5 years in a relationship with someone who she felt never understood her, Swann had a horse accident and broke her spine. It gave her perspective and made her realise “that I was wasting my time with the wrong person and that I needed to start focusing on my own life and what I desired.” That’s why, when Swann founded Birdy, she wanted the app to “go back to the basics, to the things that our parents may not have taught us: first love yourself because people love you for who you are.” That’s where the personality test helps you find out who you are.

The test informs you on which type of bird you are—what personality type you are—in a detailed analysis. On top of that, it also gives you an elaborate profile of your perfect match. What results did I get? ISFJ, aka the weaver bird, aka the introvert that aims to please everyone. Is this description accurate? To a certain extent, yes. The test also revealed my perfect match’s personality, ESFP, aka the budgie. Same here, the personality description of the budgie sounded like every person I dated. Then again, just like with astrology, people always find something to relate to, but the fact that this test is based on Jung’s psychology gives it just a tiny bit more weight than astrology and tarot reading, at least in my mind.

Swann is aware of that, and she is already talking about ways to improve the accuracy of Birdy’s test, “Personality tests are subjective and it’s hard to set every user in the right mood to answer the questions the right way. We will put in place a system of verification. Every time the user makes a verification process, he increases his ‘type certainty percentage’.” The app will also soon feature more filters to ‘classify’ its users.

Birdy might find your perfect match or it might not, but what seems obvious is that it has a strong potential to change the way dating apps push us to look at relationships, as well as changing the dating experience in general. We’re almost in 2020—it is time we date people for their personality, not only for their looks. So if you feel like you’re in the mood for a new approach to dating and want to test the alpha version of Birdy that will be available on 5 January, you can register on the waiting list and will receive your code to access it. Good luck.