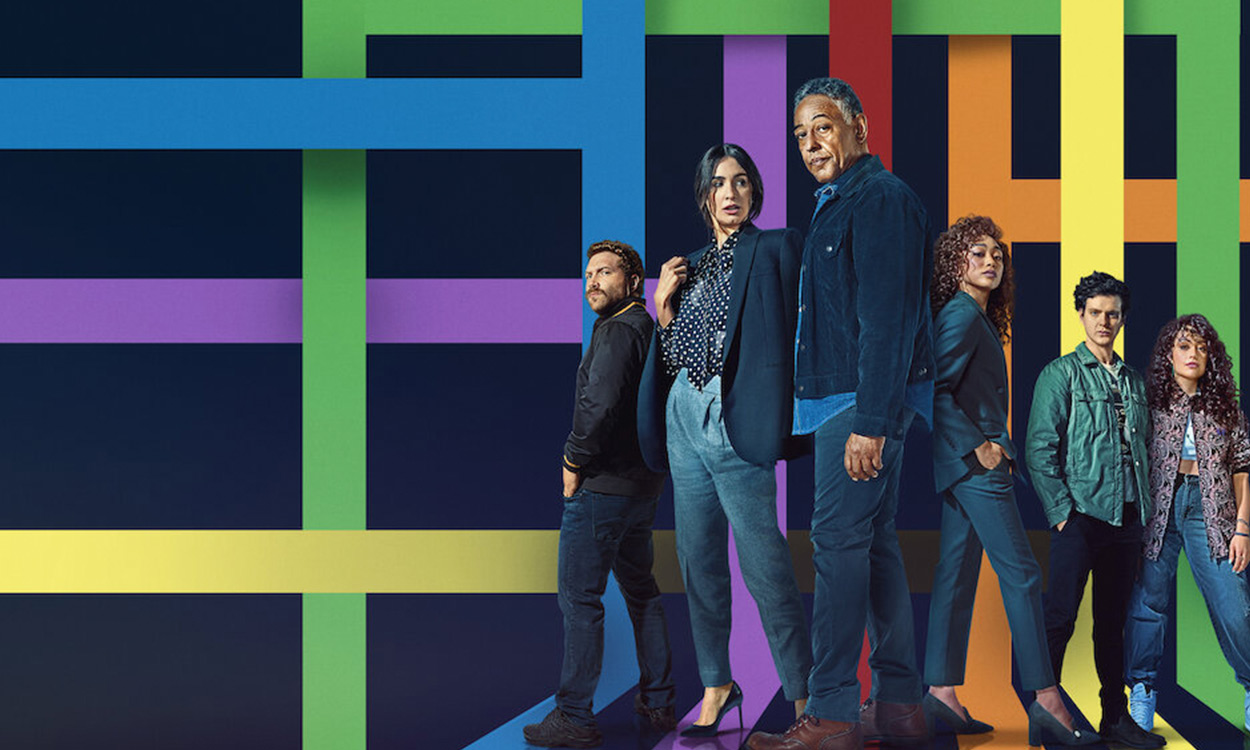 On New Year’s Day, Netflix dropped season one of Kaleidoscope, an original heist drama with a  gimmick: its episodes can be watched in any order. And the fun doesn’t even end there, not only can they be watched in any order—the same can be said of many sitcoms—but rather the story is designed to unfold in different sequences depending on which order you decide upon, giving particular nuance and intrigue to different plot points.

There are eight episodes in total, giving 40,320 possible orders in which you can watch the series (although Netflix recommends you end on the heist episode, ‘White’, leaving only 5,040 permutations of the remaining seven episodes). What might this new format mean for televisual storytelling going forward?

What is Netflix’s ‘Kaleidoscope’ about?

The show is focussed on a—you guessed it—heist, and the other episodes take place both before and after the event takes place, from 24 years beforehand to six months afterwards. Countless publications such as Radio Times and Vulture have listed the “best” order to watch the episodes in, which somewhat defeats the point of the show. Whether or not chronological order is the “best” is certainly debatable.

Giancarlo Esposito (perhaps best known as Gus Fring in Breaking Bad and Better Call Saul) is the lead of the ensemble cast. Speaking to TVLine, he said: “I think it allows [viewers] not to be in their comfort zone… When we watch things, we kind of have an idea of how it’ll turn out, how it’ll end, what’s going to happen, so I like the idea of being taken out of your comfort zone because I think that allows you to be more attentive.”

The general consensus is that the show is more style over substance, reliant on exposition so that each episode makes sense in isolation. I think it would work better with more obscure and esoteric stories, arthouse fare that embraces ambiguity and difficulty. In trying to make its story accessible and legible throughout, Kaleidoscope features a lot of repetition and explanation. Moreover, its approach to the heist genre makes the whole project feel ironically dated; it pales in comparison to, say, the first season of Money Heist, a Spanish drama available worldwide on Netflix.

But what shall we expect from other TV shows now that this new format is picking up steam? Leaning into the possibilities that streaming platforms allow, compared to traditional broadcast media, could give us more engaging, non-linear forms of consumption.

Take Bandersnatch, a special episode of Charlie Brooker’s lauded Black Mirror from 2018. Also produced and distributed by Netflix, it gave the viewer a ‘choose your own adventure’ story, themed around a young programmer adapting an interactive gamebook into a video game.

While the premise was great, its realisation left something to be desired: a wrong choice halfway through would end in the sudden death of the main character, but neither the plot nor the characters were engaging enough to make you want to try again and rewatch a large chunk of the show—bit of a fatal flaw if you ask me.

There were multiple possible endings, but watching them all required time and effort and, likely, the use of online infographics that chart the various available routes. Rotten Tomatoes listed a 72 per cent approval rating, noting that “while Bandersnatch marks an innovative step forward for interactive content, its meta-narrative can’t quite sustain interest over multiple viewings.”

In 2020, Netflix released another interactive film, Unbreakable Kimmy Schmidt: Kimmy vs the  Reverend, a standalone sequel to Tina Fey and Robert Carlock’s sitcom, Unbreakable Kimmy  Schmidt. Again, the viewer was given various choices over the course of the plot—although the overall arc remained the same.

There was less variation than Bandersnatch, meaning viewers would largely have the same experience (although certain early decisions would result in different endings. Rotten Tomatoes gave it an approval rating of 94 per cent, summarising: “Kimmy and company return as resilient as ever in a fun and fast-paced special that makes excellent use of its  interactive capabilities to produce maximum fabulosity.”

These forms aren’t unusual in literature. A 2014 novel by Scottish writer Ali Smith, How To Be Both, which was shortlisted for the 2014 Man Booker Prize and won both the 2014 Goldsmiths Prize and the 2015 Baileys Women’s Prize for Fiction, was notable for its experiments with narrative.

The book consists of two narratives, George in contemporary Cambridge and Francesco del Cossa, a painter from the Italian renaissance working in Ferrara, Italy. Unbeknown to the casual reader, two versions of the book were published simultaneously, one in which George’s story comes before Francesco’s, and the other, vice versa.

Another example of this approach can be found in The Unfortunates by B.S. Johnson, an avant-garde British writer. Originally published in 1969 and reissued in 2008, the “book in a box” contains 27 unbound sections. The first and the last are identified, but the remaining 25 are intended to be read in any order, offering 15 septillions (that’s 15 with 24 zeros) possible combinations. Novelist Jonathan Coe described it as one of the “lost masterpieces of the sixties.”

In terms of television series, AppleTV+ did something not dissimilar last year with its comedy-drama The Afterparty, a murder mystery centred around a group of high school friends. Each episode tells the events of the same night from a specific character’s perspective, using a different film genre, from rom-com and musical to psychological thriller and police procedural.

The episodes were released in a specific order, with the murderer only revealed in the eighth and final part—but the show offers another mode of storytelling, one that is more successful than Kaleidoscope, perhaps given its approach to the genre. The Afterparty has been renewed for a second season, set to premiere in April 2023.

Kaleidoscope’s future, meanwhile, is uncertain: it could easily function as an anthology series, with each season focussing on a different character undertaking a separate heist but using the same format. Although this experiment was perhaps only partly successful, let’s hope that Netflix doesn’t abandon its experimental spirit altogether. After all, the platform is becoming notorious for cancelling popular shows that don’t meet certain metrics of success. As streaming services become more universal and increasingly dominant, will they lean into what separates them? Let’s hope so. 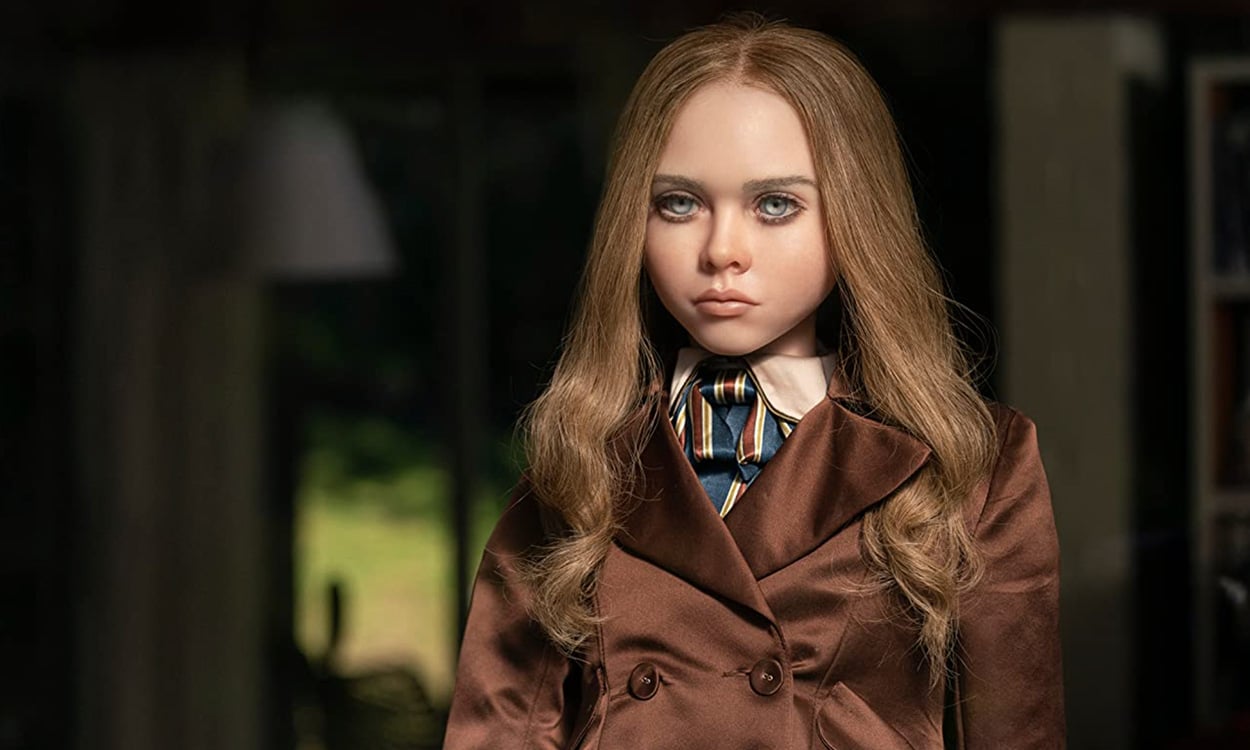 M3GAN: A living meme that the wider movie industry should take very seriously

After months of waiting, the moment had finally arrived: I was sitting in the cinema, about to watch M3GAN for the first time.

The new science fiction horror film is a collaboration between legendary horror producers James Wan and Jason Blum and screenwriter Akela Cooper, who brought us 2021’s psychotic parasitic-twin epic Malignant. I’d love to tell you that the production company, the film’s screenwriter or perhaps its director, Gerard Johnstone, were why I felt like I simply had to see it. But that would be a lie, like the ones killer AI bot M3GAN quickly programmed herself to tell.

The real answer is much more simple: I did it for the memes.

Ever since the first M3GAN trailer dropped in October 2022, the film has been a living meme. After catching their first glimpse of M3GAN, Gay Twitter quickly gave the doll queer icon status. “She is serving,” “she ate,” “she is mother,” “the new IT girl”—you name it, it’s been said. Before the movie had even hit the theatres, I had seen more self-made fan-cam videos for this murderous doll than I could have wished for.

As a gay man who spends more time online than is recommended, it felt like watching M3GAN was my gay civic duty. After all, she’s a triple threat—she can sing, dance and kill—with a strong Real Housewives energy. It’s no surprise then that publications from Vox to Out and Them have all attempted to unpack M3GAN’s queer appeal.

More broadly, though, the American science fiction horror film says a lot about the role memes and social media have played in its promotion and the fandom that has resulted from it.

Speaking to Vulture, Get Out sensation and M3GAN’s star and executive producer Allison Williams—who plays Gemma, a roboticist at Seattle toy company Funki, who creates the doll—said that the team behind the film weren’t always sure whether they had struck the right balance between funny and scary. Before Williams even got to watch the film in the cinema with fans and see their reactions, it was when she came across the countless memes online that she thought: “We can go home, our job is done.”

There is a clear contrast in how M3GAN’s character is perceived by fans, compared to in the movie. Part of the reason why she is so ‘memeable’ to the audience is because, in the world we see her inhabit on-screen, she is taken completely seriously. She isn’t seen as remotely fabulous. To her inventors, she’s just a toy. But to fans? She’s so much more.

The memeability of M3GAN isn’t something that those behind the film have passively watched from the sidelines. In fact, the promo has leaned into M3GAN’s status as a darling of the internet. After the #m3gandance picked up traction on TikTok—with currently 226.7 million views generated—real-life stunts began to follow.

Groups dressed as a squad of M3GAN dolls posted videos from the New York City subways, shocked pedestrians outside Radio City Music Hall, and danced at the top of the Empire State Building. At the movie’s premiere, M3GAN lookalikes danced to Taylor Swift and, in Los Angeles, another M3GAN group performed their scary dance at a football game. In the film, M3GAN’s goal is killing. But in the wild, her goal is to go viral.

When I interviewed Williams about the film for GQ, she told me a key part of M3GAN’s success so far has been that the movie is roughly what audiences expect it to be. “It all depends on what the audience is coming into the theatre prepared to experience,” she said. “And audiences have been coming into M3GAN prepared to have fun and be scared.” Memes have been a major part of crafting that perception.

The fun irreverence of M3GAN, which seems tailor-made for platforms like Twitter and TikTok where—politics aside, of course—there can often be a distinct lack of seriousness. This is visible in the film’s carefully chosen release dates. It came to UK theatres on Friday 13 January, having been released in the US on a now-even-scarier date: 6 January.

The timing of the film hitting theatres might also be driving its memability. We’re in the middle of awards season, when most films are branding themselves as inherently ‘serious’ and spoken about in gushing, artistic terms. For Oscar contenders, becoming a meme might be seen to take away from their overall message or ability to be considered ‘high art’.

But upending these binary and restrictive notions is in the horror genre’s DNA. Against a backdrop of awards season, the shameless silliness and fun of M3GAN feels like a welcome (and slightly naughty) release.

Yes, the M3GAN memes are hilarious. But they’re more than that: they tell a story about how memes have become the new ‘word of mouth’—a vital part of promoting a film, creating buzz and preparing the audience for what they’re about to see. The movie and its promo have both been crafted for the new digital landscape, where social media users have just as much power as critics. Despite its unapologetic hilarity, M3GAN is a digital success story that the wider industry should take very seriously.