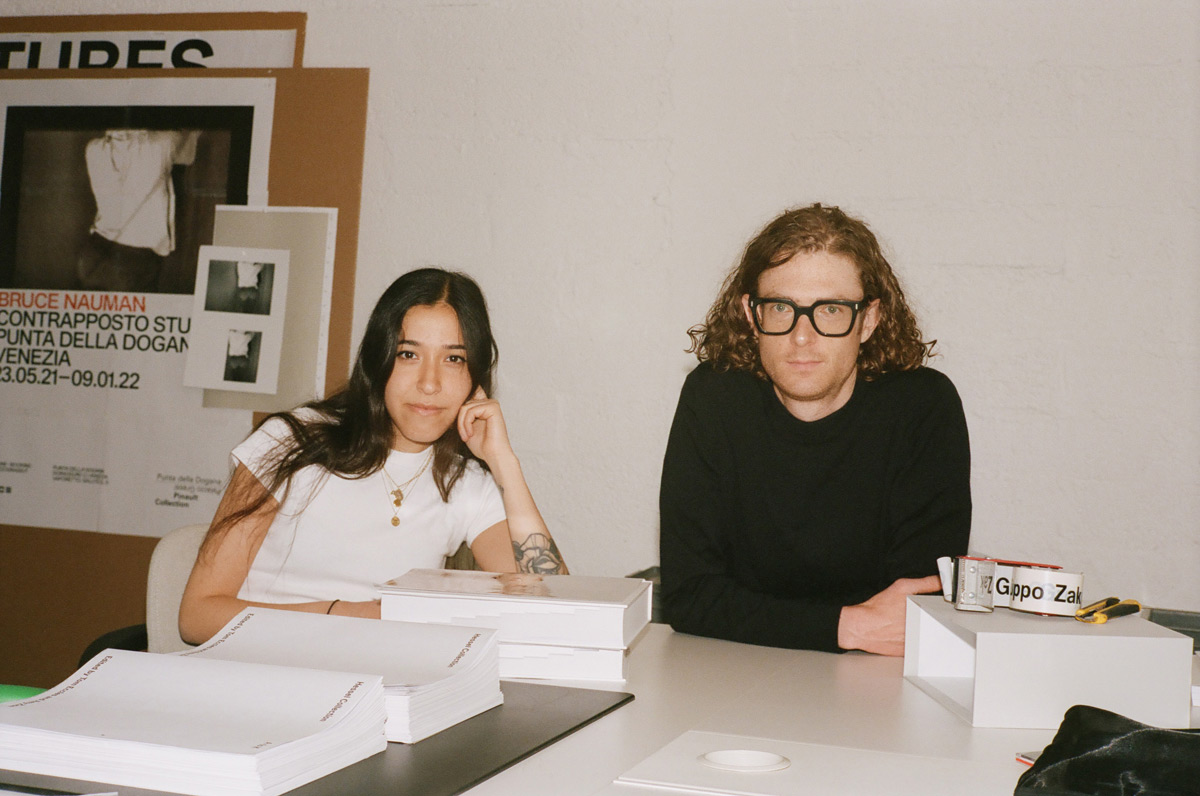 Did you know that Bruce Nauman, famous for his neon signage art, also experimented with music? What about Jean Michel Basquiat, Jeremy Deller, and even Wolfgang Tillmans—ever heard about them trying their hand at music? Chances are, you had no idea, and I’ve now got your attention.

Screen Shot spoke to Zak Kyes, founder and creative director of Zak Group, about the upcoming show and the message it aims to deliver. In case you’ve never heard of Zak Group before, the design practice is known and celebrated for its influence on contemporary visual cultures, creating brand identities and digital platforms at the intersection of art, architecture, design, fashion and entertainment.

Remember when Virgil Abloh made waves recently for his book ICONS, which chronicles the making of ‘The Ten’, Abloh’s infamous (and extensive) collaboration with Nike on iconic trainers? Guess who worked with Abloh on the book’s design? Zak Group. Other recent commissions also include identities for Fact and art direction for Anne Imhof and Paco Rabanne.

When asked what first inspired him to curate Art School and how he went about selecting the artists featured in the ‘line-up’, Kyes explained, “We work with lots of amazing visual artists and many of them also make music. That inspired us to try and create an hour of radio by artists that make music.”

While some artists formed groups while they were still in art school, “like Mike Kelly or Cosey Fanni Tutti,” Kyes told me, for others, like Anne Imhof or Arthur Jafa, “music is one aspect of a multidisciplinary practice,” he further explained. “We’ve included a few previously unreleased tracks, experimental sound pieces and video soundtracks. It’s a dream line-up of artists. Some we’ve met and others we studied.”

If you’re still unsure exactly what Art School will bring you in terms of experience, Kyes pretty much summed it up: “Listenable? Not always. Surprising? Definitely.” The aim of the radio show is to learn from artists and how they connect ideas and disciplines—like art and music. But it’s also to have fun and encourage an ‘art school mentality’. “For us, that’s a random, exploratory, ‘what if’ mode of thinking. Everybody should go to art school,” Kyes shared.

And what better radio to host an experimental show featuring an impressive line-up of multidisciplinary artists than NTS, right? “NTS is a cultural institution, so that made it an obvious choice for Zak Group Art School. We’re also fans and supporters and we love the community that NTS supports. It’s experimental and crosses disciplines and that’s something that resonates with our work.”

So, if you’re looking to expand both your artistic and musical knowledge, tune in to NTS tonight at 7:00 p.m. BST for the full show. But before I leave you to prepare for your exploration of the creative worlds, I simply had to ask Kyes what Zak Group’s go-to NTS show is. “It has to be the Do!! You!!! Breakfast Show with Charlie Bones. It’s been on our speakers every morning for as long as we can remember—it’s our ritual,” he told me. 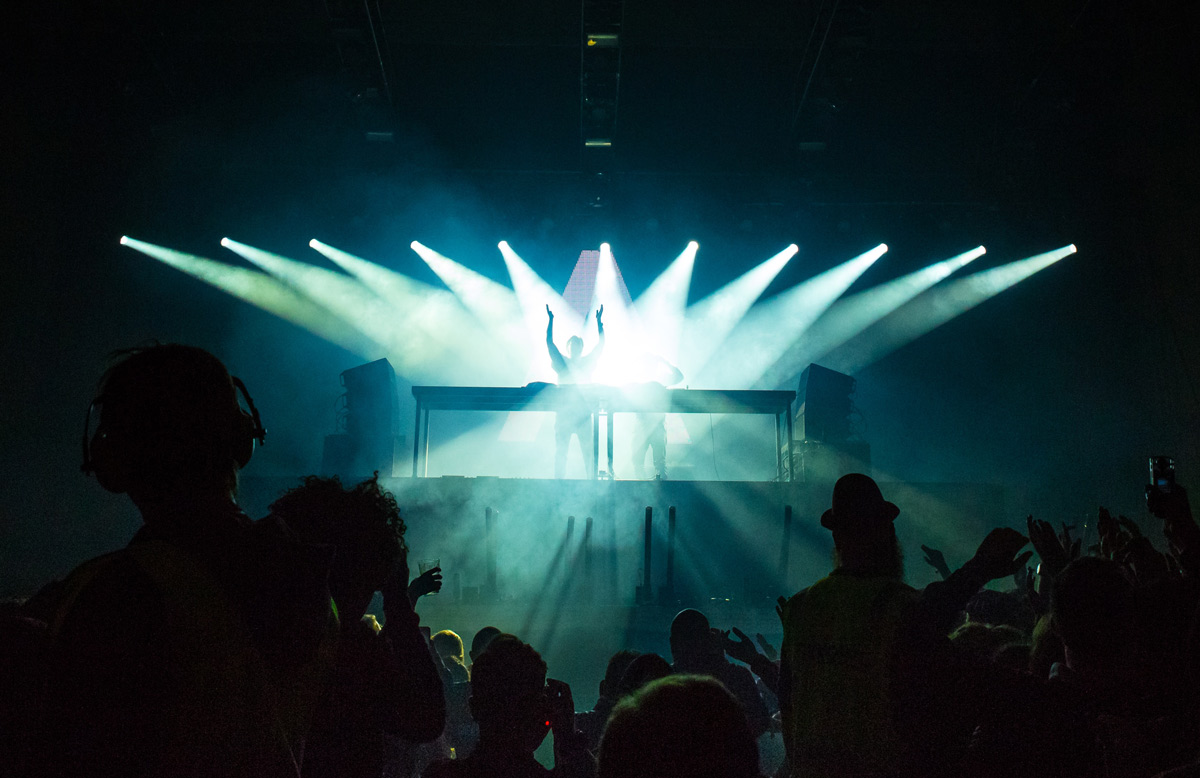 Music is tribal—it’s in our blood. Don’t believe me? Take a look back in history. The oldest piece of music dates back 43,000 years, and there’s reason to believe it was around long before that. Music is a powerful social mechanism used to bring people together: from early tribes creating drums out of animal skin to thousands gathering for Woodstock in the 1960s.

Over the years, humans have inevitably changed and so has music. As computers have become interwoven with civilization, the digitalisation of our daily lives in turn impacted the way we both create and enjoy music. Along came algorave, music generated from algorithms, often using live coding techniques. Here’s everything you need to know about the musical movement in order to debate whether algorave is a natural progression in our constantly evolving musical trajectory.

‘Algorave’ is a mash-up of ‘algorithm’ (from computer code) and ‘rave music’—the name pretty much speaks for itself. Coined by musicians Alex Mclean and Nick Collins, the scene was born in a relatively small London club back in the early 2010s.

In an interview with Pink Waver, Alex Mclean described the term as “a stupid word I came up with in 2012. Essentially it’s the idea of taking live coding and using it to make dance music. People dancing to algorithms.” It has since flourished into an international musical movement, with computer-assisted raves now happening across the world.

“It’s just another creative medium,” Dave Whiting, an algorave musician who uses TypeScript, a dialect of Javascript to make music, told me from his apartment in Berlin. In an age of lockdowns and empty venues, it’s a world away from the sweaty live-coding clubs where the genre was born. Yet still, Whiting, along with many others, are keeping the scene alive through online communities and live-streamed events.

Although not claiming to represent the entire scene, Whiting views algorave as “making music but using code as a media to express themselves. And like code it’s often batten based, repetitive and beat centric, which lends itself well to dance music. It’s all about expressing music in terms of code, and creative coding in order to make music for people to dance to.”

Like many others in the scene, Whiting’s passion for algorave was a natural progression. “I’ve always been making music and writing code for as long as I can remember. I was one of those kids who sat in front of the computer, a lot of the time learning to programme but also getting excited about the prospect of making music.”

But is computer-assisted music still creative?

With the rise in AI replacing everything from delivering sermons to determining your crush—is there anything a computer can’t do? It’s the age-old question, and an essay topic I completely flunked in my undergraduate philosophy class: can computers be creative?

I have to admit, it’s a misleading question and an aspect of the music genre that’s often misunderstood. Whiting emphasises how the movement is often confused as a product that’s solely generated from artificial intelligence. Instead, algorave uses algorithms as a medium to express the emotion, and the primal energy, that embodies dance music. The mastermind behind the music is the musician—not the computer.

He uses the analogy of sewing to best describe the making of algorave: “One of the steps in the process of sewing is pattern making, when you create shapes and figure out how they’re going to fit together to make clothes. Making the pattern is just as creative and interesting as the rest of the process. When you create the pattern, you’re designing the process of making clothes, not making the clothes itself but designing how to make the clothes.”

The act of coding, or creating the initial algorithm that will then form the music, can be seen as the ‘pattern making’ of textiles. It forms the foundations for the music to be built upon—essentially, innovatively designing music. He continues, “in my mind, I consider the code to be an art, not the thing that makes the art.”

Whiting adds how the act of writing scripts of code bears more resemblance to writing traditional music than you might think: “I’ll have an idea and it’s usually the kind of thing that would sound good if I was making non-coded music. For instance, I might think the scale that the computer script produces is a good fit for the track.”

“It’s a charming composition process happening at a different level of abstraction,” Whiting continues, explaining the creative process behind making his next algorave techno hit—experimentation and intuition are key. “I’ll come up with ideas and experiment, like using a random number generator to create a sequence. However, I’m always checking it back against my aesthetic sense. I ask myself whether it’s something I’d want to listen to, whether a sample of sound is something I’d dance to.”

Live algorave events, like many things in life, are on pause due to COVID-19. As of writing this, we’re deep into the first half of 2021 and the return to booming sound systems can’t come any sooner. The pandemic has forced the scene into a digital world, which to an outsider might seem quite fitting for a computer-assisted music genre. However, the algorave community thrives from its live events, where artists code in their algorithms live, combined with live visuals to fit the vibe of the room. Until then, creatives will continue to push the digital music in a digital way.