Who is Scott Hassan and why is he accused of ‘divorce terrorism’? – Screen Shot
Deep Dives Level Up Newsletters Saved Articles Challenges 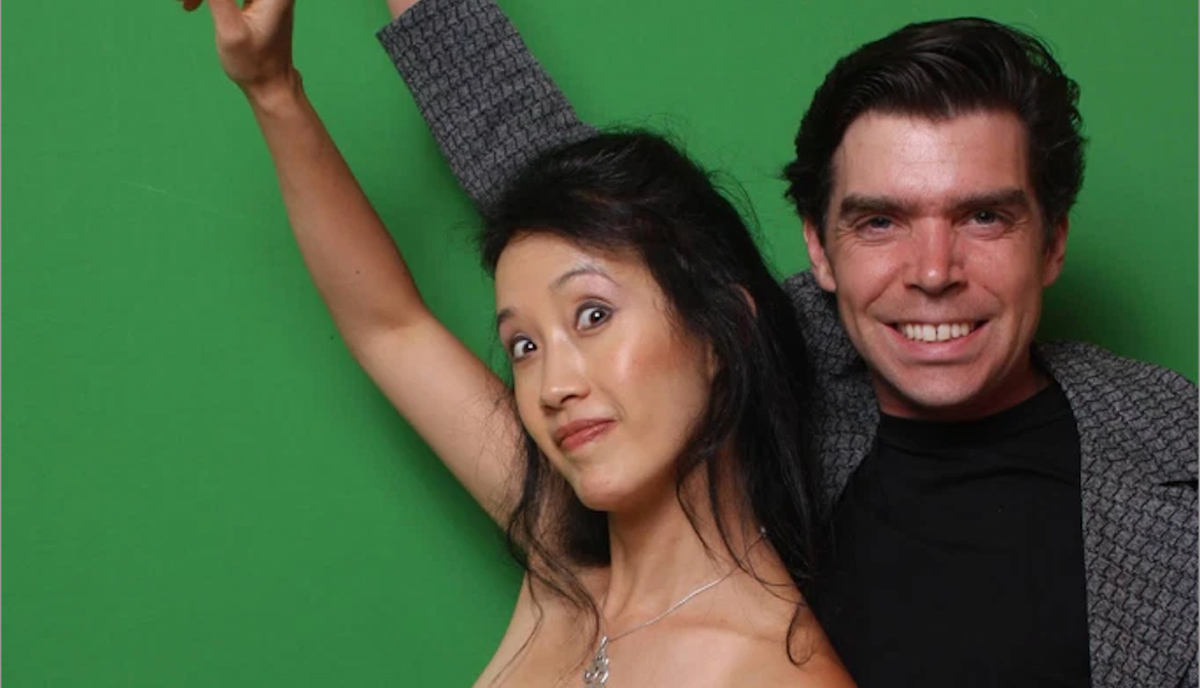 Who is Scott Hassan and why is he accused of ‘divorce terrorism’?

Breaking up by text is one thing. Divorcing by text is another. Seven years ago, computer scientist Scott Hassan, a co-founder of the search engine Google, divorced his wife Allison Huynh of 13 years via text. The couple has been battling their divorce for many years since and is still trying to split up the billions of dollars worth of assets.

Now, the feud has taken a new turn. Hassan reportedly set up a website to shame his wife and is accused of ‘divorce terrorism’. Their court hearing took place at the end of August 2021, but they still have a long road ahead of them.

Who is Scott Hassan?

Although many know Sergey Brin and Larry Page as the founders of Google, Scott Hassan also made an essential contribution to the world-known search engine. Hassan completed much of the programming for the original Google framework.

Hassan has also used his technological and coding knowledge to create other vital developments. Beyond Google, he was an integral developer for Alexa Internet and Stanford Digital Library. He has also founded an email portal, a limited liability company named Greenheart Investments, and led the robotics company Willow Garage up until its closure in 2014.

Shortly after Google launched, Hassan bought over 150,000 shares for a small sum of $800. His wealth has grown exponentially over the years, but this split between him and his former wife has resulted in turmoil between the couple’s assets and relationship.

What did Scott Hassan do?

Hassan and Huynh, who came to the US from Vietnam, met at Stanford in 2000. They got married—without a prenup might I add—not long after meeting one another and had three children together. However, the marriage resulted in divorce about ten years later, when Hassan texted Huynh that he wanted to split.

Huynh has been seeking 50 per cent of the total assets. Even though they didn’t get a prenup before the marriage, Hassan attempted to enter a post-nuptial agreement after the inquiry for half of the assets. This resulted in Hassan allegedly creating the website AllisonHuynh.com back in February 2021, in vain and manipulation, in an attempt to embarrass Huynh with information about her past.

There was confusion about who initially set up this website, but Huynh soon realised that Hassan created it out of revenge. The website leaked information regarding details of a sexual harassment case Huynh was previously involved in but had since settled as well as other court documents from previous lawsuits. Additionally, Huynh believes that Hassan has been intentionally prolonging the court cases regarding their divorce and assets.

The website has since been removed from the internet, but after this incident, Huynh went on to accuse Hassan of divorce terrorism.

What even is divorce terrorism?

Divorce terrorism is essentially domestic violence through terroristic threats. Huynh accused Hassan of divorce terrorism because of the website he set up, releasing court information to the public in an attempt to get back at her for asking for 50 per cent of the assets and for prolonging the court proceedings for so many years.

Huynh wants to get on with her life, but Hassan’s manipulative actions prevent her from doing so. Her lawyer, Pierce O’Donnell, who’s been practising for about 50 years, once claimed this was the “longest-running proceeding he’s done in California’s history.”

In addition to the lengthy court proceedings, after Huynh found the website, she was worried that her children would see what was being said about her. She didn’t want to leave that impression on her teenage children and was worried they would think she created the site.

What does this mean for the couple?

Currently, the couple is still in court. Huynh hopes this will be the final case. The court will decide how to split up the assets. 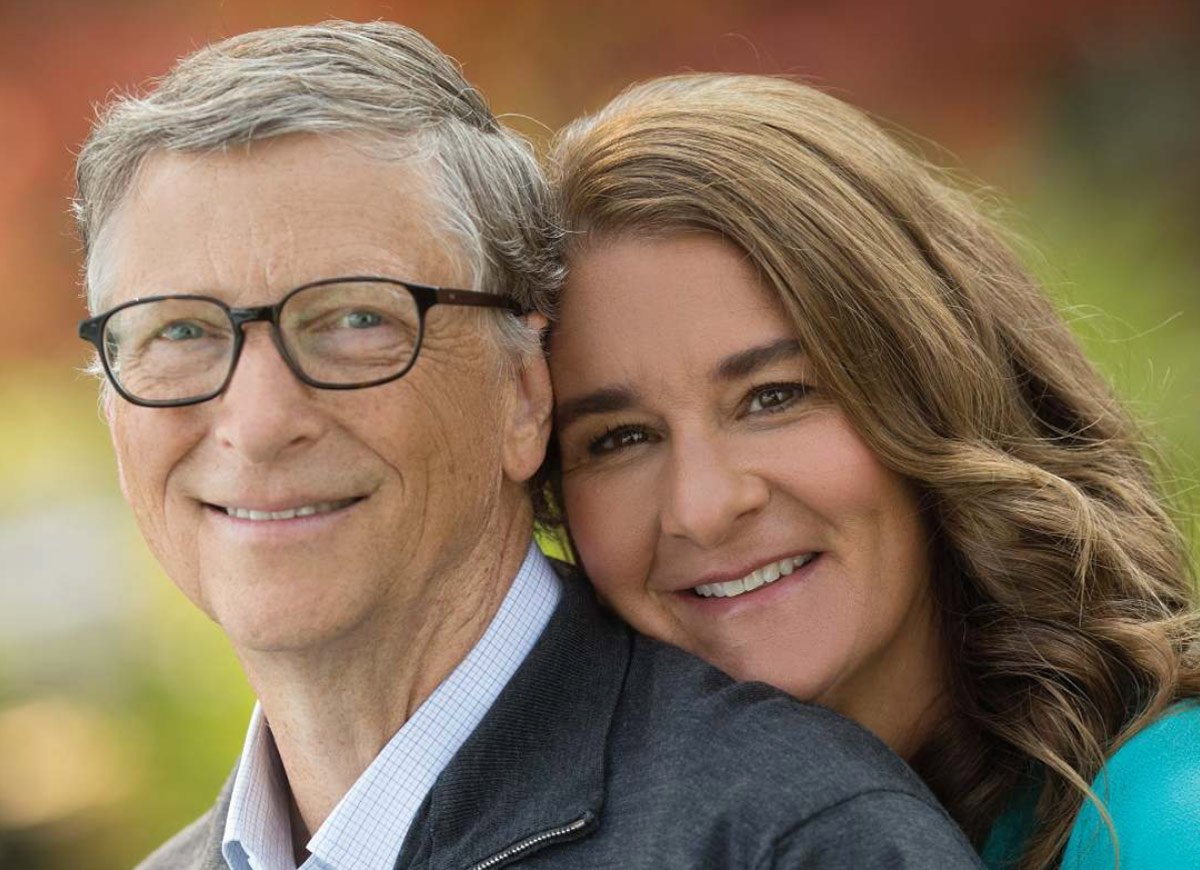 Why are Bill and Melinda Gates getting a divorce after 27 years of marriage?

Bill and Melinda Gates have announced they are to divorce after 27 years of marriage. The Microsoft co-founder turned philanthropist and his wife have built up a combined $124 billion (£89 billion) fortune, making them among the five richest couples in the world. But why are they getting divorced exactly and how will this separation affect the caritative work they’re both leading together? Here’s everything you need to know.

Why are Bill and Melinda Gates getting a divorce?

On Monday 3 May, the couple tweeted separately the same statement announcing their divorce, which started with, “After a great deal of thought and a lot of work on our relationship, we have made the decision to end our marriage.”

The couple, who jointly run the Bill and Melinda Gates Foundation, an incredible funder of global health and disease prevention initiatives, including the current fight against COVID-19, said they would continue to run the foundation together.

“We continue to share a belief in that mission and will continue our work together at the foundation, but we no longer believe we can grow together as a couple in this next phase of our lives. We ask for space and privacy for our family as we begin to navigate this new life,” they wrote.

A spokesperson for the Gates Foundation also issued a statement saying that the pair “will continue to work together to shape and approve foundation strategies, advocate for the foundation’s issues and set the organization’s overall direction.” It certainly looks like this divorce won’t result in such a contrasting pair as Jezz Bezos and his ex-wife MacKenzie Scott, who became the world’s 18th richest woman after her divorce and decided to give away most of her wealth while Bezos became even richer during the pandemic.

Compared to Bezos, Gates is well-known for his sharing nature. Although he is the world’s fourth-richest person, he would have been even more vastly wealthy if he had not committed to giving away at least half of his fortune before he dies. Since 1994, Gates has donated at least $40 billion to the Bill and Melinda Gates Foundation, which funds IT education in the US and healthcare and poverty initiatives around the globe—including funding large-scale projects tackling HIV and malaria. The couple’s foundation has more than $51 billion in assets, according to The Guardian.

When the pair decided to get married in 1994, Gates, who co-founded Microsoft in 1975, was already a billionaire. He met Melinda in 1987 when she joined the company, he was 31. Speaking later on about her marriage, Melinda Gates said herself that Bill had spent weeks debating on a whiteboard whether he should marry her.

“When he was having trouble making the decision about getting married, he was incredibly clear that it was not about me, it was about, ‘Can I get the balance right between work and family life?’” she further explained.

Over the years, Melinda has been open about how hard marriage can be, especially when both parties are focused on making the world a better place. “Believe me, I can remember some days that were so incredibly hard in our marriage where you thought, ‘Can I do this?’” she said in an interview with the Sunday Times in 2019 to mark their 25th anniversary.

Melinda, 56, has also shared that Bill, 65, regularly works 16-hour days and can find it hard to make time for the family.

Are the super rich finally feeling the impact of their work life?

I briefly mentioned MacKenzie Scott previously, but what you probably didn’t know is that her divorce with Bezos, which took place in 2019, was the first recent divorce among the super rich. Scott ended up with a $38 billion fortune, which she pledged to fully give away.

Bill and Melinda Gates’ is the second most important divorce among the super rich—and we don’t know exactly how much money Melinda will come out with. The previous record was $2.5 billion paid to Jocelyn Wildenstein when she divorced the art dealer Alec Wildenstein in 1999.

It’s ironic that most of the super rich including Mark Zuckerberg, Mike Bloomberg and George Lucas have all signed the Giving Pledge, which was created by the Gates along with Warren Buffett as a promise to give at least half of their wealth to charity. Even Zuckerberg signed it! Guess the only member of the five richest people in the US not to have signed up? Bezos, who’s probably too busy spending his “time and energy” on his new ventures.