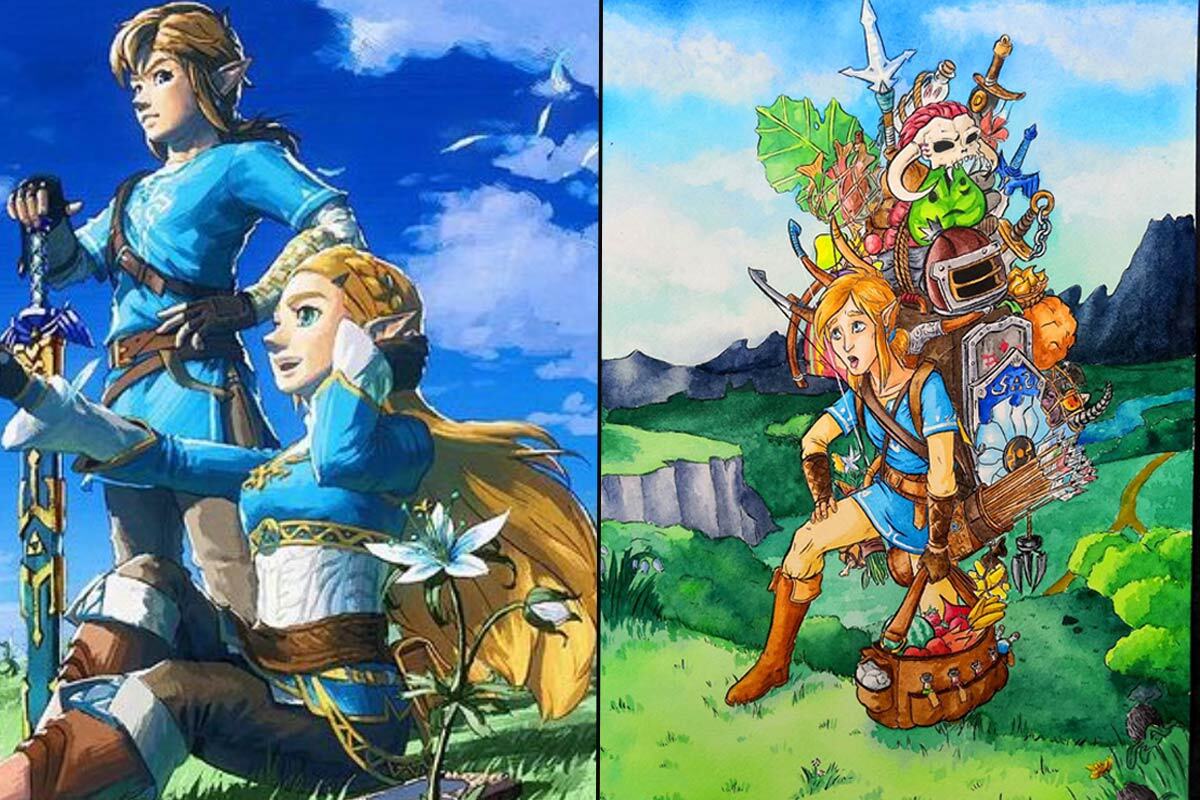 Video games contain some of the most iconic items in pop culture, from Super Mario’s Super Mushroom to the diamond sword from Minecraft. But one question that always comes to mind is where do they store all that stuff? You can only have so many pockets after all. Lucky for us, artist Linda Bouderbala has got the answer. She has re-imagined what several famous video game characters would look like if they were actually carrying their entire inventories on their back. Let’s take a look and see if it’s as tiring as it sounds.

Minecraft is known the world over as the quintessential chill-out game. With thousands of different crafting supplies to discover and build, it does make you wonder where Steve puts it all. Well, on his back and in a trailer by the looks of it. And is that a Creeper I see? Awww man.

Everyone’s favourite Witcher is definitely going to need a whole host of supplies to help him track down his prey and keep him and his weapons in tip-top shape. Having said that, I think you might want to take a class in bag packing, Geralt…

3. The Legend of Zelda

Throughout his many iterations and adventures, Link always accumulates a lot of useful items to help him on his quests. From bows to boomerangs, you name it, Link has it. But buddy, does the Hero of Time really need that many swords?

Indiana Jones’ long lost daughter is also guilty of over-packing for an adventure. The gun slinging, back flipping Lara Croft looks as if she’s about to take a tumble if she doesn’t rethink her weight distribution strategy.

11 years after its release and Todd Howard is still pushing Skyrim like it came out yesterday. We forgive you though, Todd—Skyrim is great. What isn’t great is the amount of stuff the Dragonborn has to carry. How’s a guy supposed to save the world when he can’t take two steps without running out of stamina points?

Poor Gloria, all that trekking around the Wild Area has done her in. And I’m not surprised what with a whole bike and a metal cauldron on her back. Honestly, the Clefairy doll’s face says it all.

Chris Redfield needs all the help he can get while he’s stuck in a mansion with blood-thirsty zombies. And given his situation, he’s the only one I think can justify packing that much stuff. You get a free pass, Chris.

We all know the Animal Crossing villager has seemingly infinite pockets to store things, but I think his hoarding problem has gotten out of hand here. I thought this game was supposed to be relaxing?

With that much stuff, it’s probably a bit difficult to be stealthy as this Fortnite player has discovered. Better get building pal or you won’t have enough chug jugs to get you that number one victory royale.