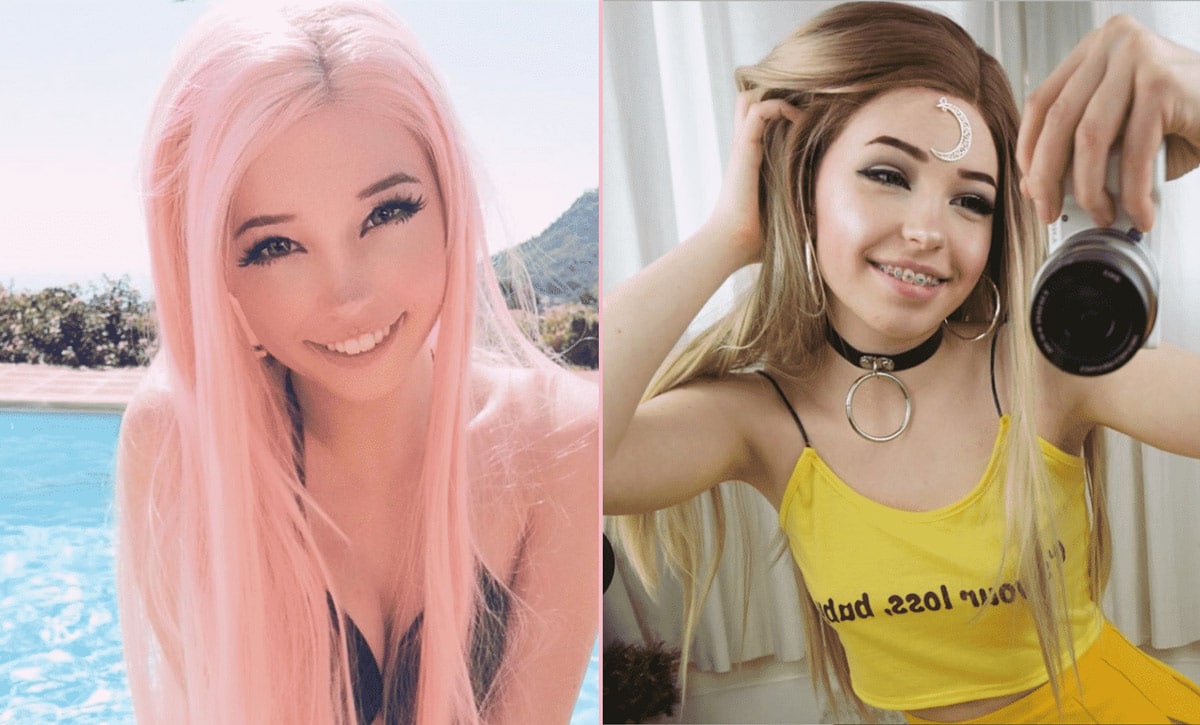 Egirl Belle Delphine’s YouTube channel was banned without any warning from the platform. As you probably already know, content creators have to violate one or more of YouTube’s guidelines in order to get their channel deleted, and even then, they usually receive two warnings beforehand. But for Belle Delphine, this was not the case. Her YouTube channel was terminated straight away, without any warning. So what did Belle Delphine do exactly for her two million subscriber channel to get banned?

On 23 November 2020, Belle Delphine’s 1.79 million subscriber YouTube channel was terminated with no warning or notice from the platform. It has sparked some conversation in the YouTube community as well as Belle Delphine’s fanbase, and many videos have already shown up discussing the sudden ban.

YouTube is already facing backlash online for not warning the creator and many are complaining that it is unfair as there are many videos already on YouTube that contain nudity or explicit content, but are not banned. On top of that, fans are aware that Belle Delphine should have received a couple of warnings before her channel was deleted.

On Twitter, Belle Delphine herself highlighted how suggestive videos like Cardi B’s ‘WAP’ were allowed to live on YouTube, yet her videos brought on the ban.

It seems like she is banned due to the nature of her content, more specifically for her music video ‘I’m Back’, which she posted in June 2020 when she returned to social media.

While it remains unsure whether Belle Delphine will be coming back to YouTube, be that on her original channel or through a new one, it is not the first time that YouTube terminated huge creators’ channels such as James Charles, so she might come back soon.

YouTube did reply to Belle Delphine’s tweet, which means that we can at least be sure that they are investigating the situation.

Who is Belle Delphine?

Belle Delphine became widely popular on social media after her GamerGirl Bath Water stunt, where she sold her own used bath water on her merch store in July 2019 for £24 a jar. She claimed that the idea came from her followers who regularly commented on her posts saying that they would drink her bath water. Belle Delphine’s bath water sold out in three days.

The 21-year-old is also known for her explicit content on social media, most notably on her Instagram account, which has since then been banned too. As the queen of skimpy cosplay, Belle Delphine had a 4.5 million following before her Instagram ban. She also promised nude content of herself on OnlyFans and never delivered—another one of her attempts at trolling her fans.

The requested content is then shared by anonymous users without any explanation on where it came from in the first place. Most images published are titled with the woman’s real name, and more often than not completed with an age and location too. As expected, underneath the pictures and videos shared on AnonMe, users (most probably male ones) leave insulting comments such as ‘slag’, ‘slut’ and more misogynistic slurs of the same type.

Originally called Anon-IB, the website was shut down in 2018 after Dutch authorities arrested three of the platform’s administrators in April 2018 and seized its server. Things had been quiet since then, but not forgotten as Reddit and 4chan users still posted about Anon-IB from time to time, asking where the new alternative could be found.

While it seems unlikely that the exact same people who ran the first site are running the new versions of it that appeared between 2019 until now, users have flocked to it regardless with many requesting content they remember from the previous original site.

What is the difference between Anon-IB and AnonMe?

As previously stated, AnonMe is nothing more than a copy of the original Anon-IB. However in this case, newer seems to implicate crueller too. According to a Motherboard article on the birth of AnonMe published in February 2020, founder of the anti-NCP advocacy group Battling Against Demeaning & Abusive Selfie Sharing (BADASS) Katelyn Bowden explained that “while Anon-IB was willing to work with groups like BADASS to take down photos when victims asked, sites sharing NCP currently will now instead move content behind a paywall when victims—including underage victims—complain.”

Similarly to the Fappening or Anon-IB previously, tracking the person or people behind AnonMe remains hard to achieve. First of all, the domain’s name is registered anonymously through a service in Russia that hides evidence of where the site is hosted. On top of that, AnonMe is protected by the internet security firm Cloudflare, which protects websites from malicious floods of traffic.

Surprisingly, it is not the first time Cloudflare has run into controversy. In the past, the security firm also protected sites dedicated to hateful content such as 8chan and neo-Nazi websites. Meanwhile, in 2019, Cloudfare banned a site that was meant to help sex workers stay safe, which endangered many sex workers by pushing them off internet platforms.