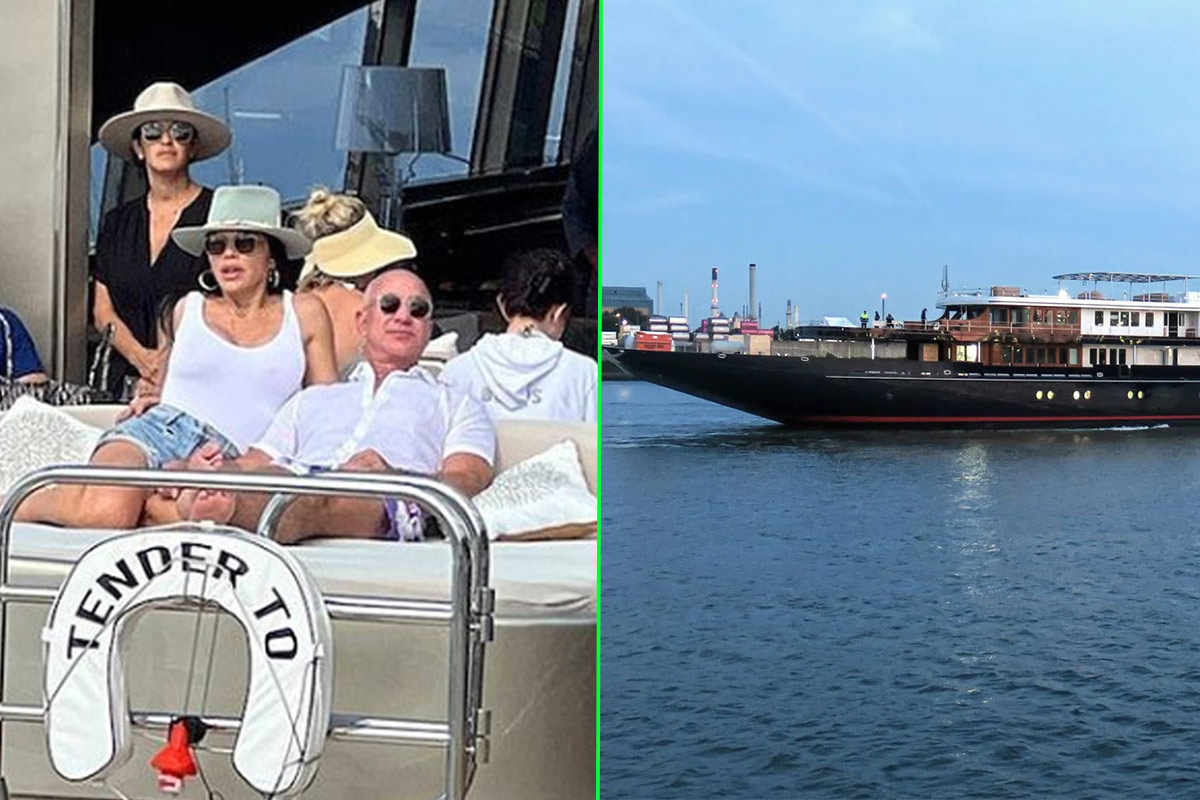 Amazon founder Jeff Bezos’ $500 million yacht has been towed away from a Dutch shipyard just weeks after locals threatened to egg the luxury liner if plans to dismantle a landmark bridge to make way for its travel weren’t scrapped.

At a whopping 417-feet long, the superyacht—which goes by the name Y721—had to be relocated from the Oceanco Shipyard to the Greenport Yard just 24 miles away in the city of Rotterdam, as per German publication Der Spiegel.

A video, posted on Dutch yacht enthusiast Hanco Bol’s YouTube channel, shows the vessel being towed away in the dead of night.

Bol was shocked at the speed in which the ship was moved between yards. “We never saw a transport going that fast,” the enthusiast told Der Spiegel.

“With an average speed of 8 knots or 15 kilometres per hour (kph), the transport arrived only three hours later at 6 am at Greenport—even with four bridge openings and a total distance of 40 kilometres or 24 miles.” Bol suspected that, given the controversy caused by the yacht, its movement was kept quiet so as not to draw attention to the entire relocation process.

Locals in Rotterdam were previously reported to be furious over plans to dismantle the bridge ‘De Hef’, also called ‘Koningshaven’, and threatened to pelt Y721 with eggs.

Last month, Oceanco announced that it had dropped its request to the Rotterdam Council to “temporarily” dismantle ‘De Hef’. They had implied that Bezos, Amazon founder and second-richest man in the world, would pay to remove the middle portion of the bridge just so that his yacht could pass through. That being said, Bezos is no stranger to forking out cash. Last year, he announced plans to build a hotel in space which would easily cost a few hundred million dollars.

According to Bol’s YouTube video, the three masts will now be attached at the Greenport Shipyard to avoid the issue with ‘De Hef’. It will reportedly still take a few more months for the construction of the yacht to be completed, according to Dutch media.