Australian-British singer Kylie Minogue has finally broken her silence over her legal row with socialite Kylie Jenner. For those of you who need a quick memory refresh, back in 2017, Minogue took Jenner to court after both celebrities realised they wanted to name their respective cosmetic lines ‘Kylie’.

The older Kylie—Minogue—ended up winning, but the singer has recently stated that it was “just business.” Appearing on Watch What Happens Live with Andy Cohen, the ‘Can’t Get You Out of My Head’ singer opened up about the trademark row.

“Look, when I was named Kylie, I think I met one person older than me called Kylie. So it’s kind of unusual,” Minogue explained. She continued, “I’ve spent a lifetime protecting my brand and building my brand, so it was just something that had to be done.”

After TV host Cohen high-fived her, saying “Yes, it did!” Minogue added, “But let me also say we came to an agreement.” “Yes you did,” Cohen repeated before asking: “Did you like have to call Kris Jenner and be like ‘Let me tell you something?’”

Minogue replied, “No, but I’d love to meet them.”

Jenner first applied to trademark her name back in 2014—a year before she officially launched her beauty empire, which is now worth more than $1 billion. It was only in early 2016 that court documents revealed Minogue had formally opposed the application.

The singer described Jenner as a “secondary reality television personality who appeared on the television series Keeping Up With the Kardashians as a supporting character.” Meanwhile, Minogue was described as an “internationally-renowned performing artist, humanitarian and breast cancer activist known worldwide simply as ‘Kylie’.” Let’s all keep in mind that this was a couple of years ago. One can’t help but wonder what the verdict would have been if the same motion had been presented in 2022…

At the time, Minogue already owned various trademarks including the name ‘Kylie’ for the services of education and entertainment. She had also already sold products like perfume and clothes under the name ‘Kylie’ and has owned the domain name kylie.com since 21 August 1996—a year before Jenner was even born.

Minogue’s legal team said allowing Jenner to use the singular name ‘Kylie’ would cause possible confusion and “damage” to the pop singer’s branding.

Then, in 2017, it was announced that the reality star’s application had been rejected by the US Patent and Trademark Office (USPTO). Two years after the ruling, Minogue launched her own range of makeup in 2019 under the name ‘Kylie’.

Jenner has since traded under the name Kylie Cosmetics, starting with lip kits only to become one of the biggest celebrity beauty brands of all time. As previously stated by Forbes, the entire Kardashian family⁠—which at the time of reporting included Kim, Kanye, Kylie, Khloe and Kendall⁠—have applied for over 700 trademarks between them (Kylie Jenner has 128). Heck knows what Kourtney is doing. 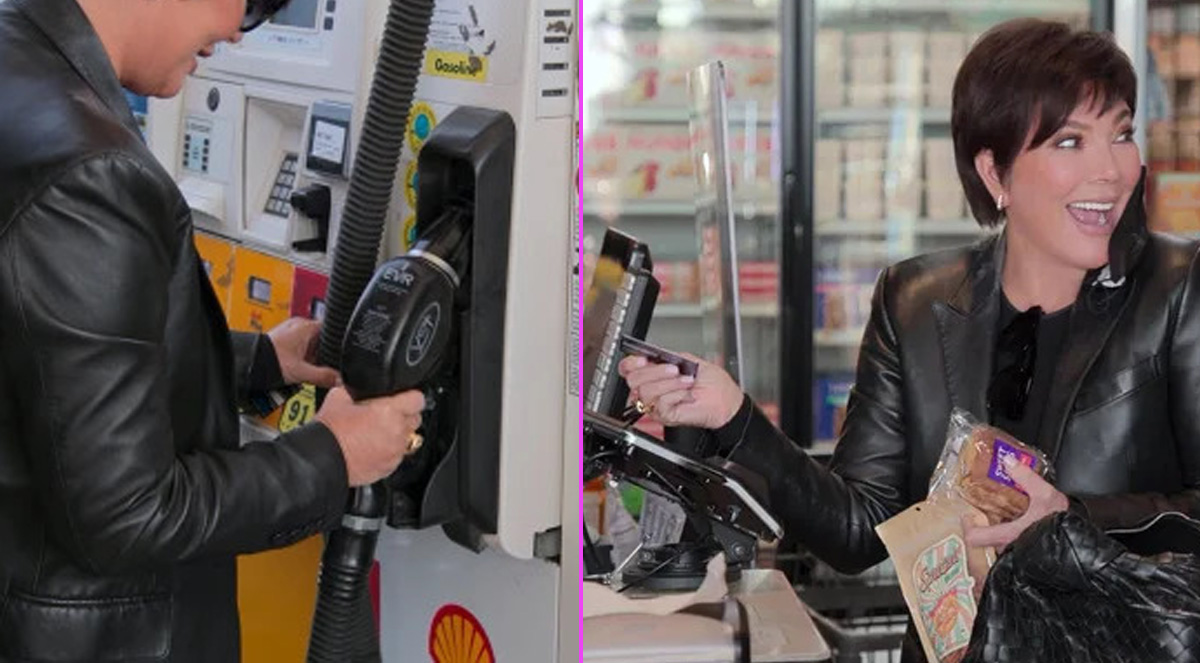 What do you do for fun when you’re free? Binge Netflix? Hit the local mall for some window shopping with your friends? For humble queens Kris and Kylie Jenner, the idea of a “fun day out” includes doing “normal things” like grocery shopping, pumping their own gas and getting their car washed. Priorities, right?

In the seventh episode of The Kardashians, which premiered on 26 May 2022, the 66-year-old ‘momager’ and her then-pregnant daughter were seen driving around California when Kylie said, “I just want to do normal things with you. I just think when I’m pregnant, I just want to feel really normal.” Kris then admitted, “I have not been to a grocery store in two years,” to which her daughter added: “I haven’t been to a grocery store in forever. I want to go to the grocery store and pick my own things! It’s good for our souls.” We normies disagree, but I guess it’s the little things for the uber rich.

Off they went to Vintage Grocers in Malibu to have the time of their lives, with Kris admitting that “dreams do come true!” At this point, the momager revealed that she had stopped shopping for herself because of her fame. “One of the things that gets a little tricky is privacy,” she explained. “I stopped going to the grocery store because people in the store started sneaking pictures and paparazzi started showing up. It was hard.”

Although the mother-daughter duo proved to be just like the rest of us—piling their cart with cookie dough and tequila (Kendall’s 818 brand, of course)—the real fun (for us, at least) began when they had all their groceries bagged up and ready to be paid for.

“I just need the experience of checking out. I waited for this for years,” Kris said as she whipped out her card after asking her daughter if she wanted “to do the honours.” Kris then slid the card down the machine—only to be told that she needs to insert it with the magnetic chip facing forwards. Thankfully, Kylie showed her the ropes and the payment was made successfully. “We’re approved,” the momager with a net worth of around $190 million then went on to holler and tell the employees that they wanted to push the cart themselves. How little people of them.

Despite it being two years since the 66-year-old shopped for her own groceries, Kris still remembered to never leave the “basket” in the parking lot. “Okay, you have to go put the basket back, remember? Don’t be the customer that just leaves the basket in the middle of the parking lot,” she told Kylie. As the Kylie Cosmetics founder went to place the so-called basket back, her mother cheered: “Go, Kylie, go! Good job, Kylie, you’re doing amazing sweetie! Wow, look at her go. I knew you would shine.”

After the grocery store came the gas station, where the duo stopped to load up their car. At first, Kris was confused about how to position the vehicle at the station. “We’re totally on the wrong side, right?” she asked Kylie, who was driving. Kris then got out of the car but had trouble understanding how to insert her now-infamous card into the machine again. “What does it mean ‘2,000 points’?” she asked her daughter who remained in the vehicle to avoid the fumes during her pregnancy. Kylie then reminded her mother that the car needed to be turned off.

“We didn’t blow up, so that’s the good news,” Kris went on to admit. Once she finished pumping the gas, she struggled with inserting the pump back into the stand. “Just like riding a bike,” she laughed.

But their “normal day” didn’t stop there. Kris and Kylie then entered a drive-thru car wash at the gas station for what appeared to be the first time ever. “This is like Disneyland!” Kris exclaimed. “We have to bring the kids here… This is the best $12 we’ve ever spent!” Kylie replied, “This is fun. This is such a tourist attraction!”

As the mother-daughter duo had the best day of their lives, so did the internet. While some people called the family out for their privilege—just like with Kendall’s cucumbergate in an earlier episode of the show—others questioned if the scenes were staged to make up for a truly harrowing television experience. Either way, Kylie and her basket didn’t steal the internet’s thunder as netizens shined with their loot of memes and jokes on the public debacle: