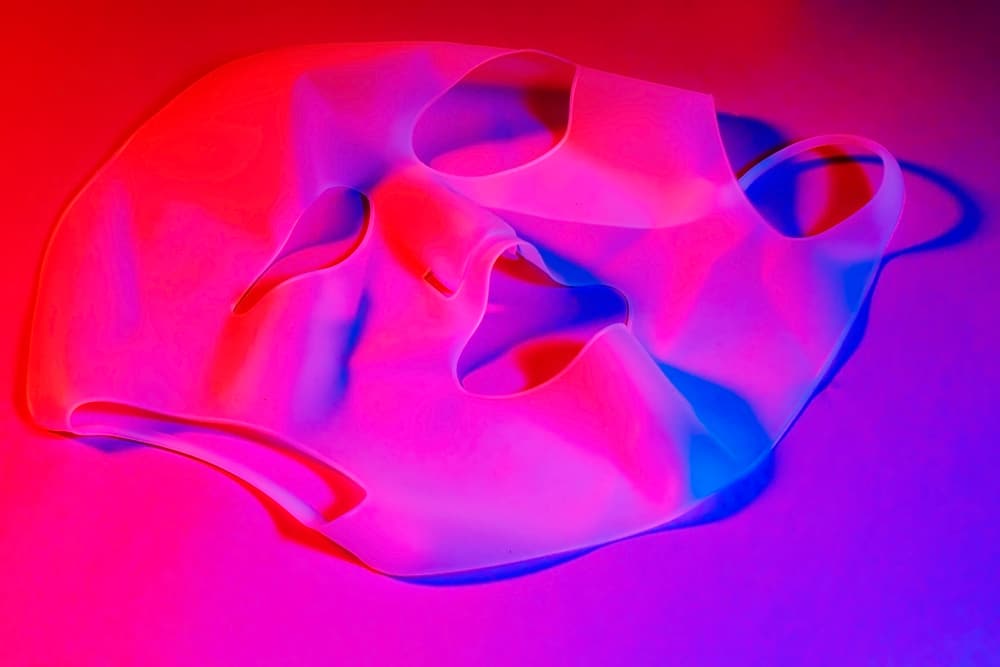 In the US, as more and more people have rallied to protest the murder of George Floyd by four Minneapolis police officers on 25 May, President Trump is counterattacking by threatening to deploy the military against them. On 31 May, in response to “the government’s unwillingness to bring justice in the case” the hacktivist collective Anonymous came out in support of the protests with a new video published on social media. What are the threats made against Trump by Anonymous?

A few hours after the Anonymous video hit the internet, the collective had already exposed the relationship of many celebrities with Jeffrey Epstein’s child trafficking network. Naomi Campbell, Mick Jagger, Will Smith and Ivanka and Ivana Trump were all named on what Anonymous called Jeffrey Epstein’s ‘Little Black Book’.

Not only did Anonymous link Ivanka and Ivana Trump to Epstein’s child trafficking but the collective went even further by focusing some of its threats against the US President himself.

The Jeffrey Epstein scandal and the case that followed it was so impactful that Netflix recently released a documentary series about it. After Epstein was officially charged in New York state and a trial set, the businessman is said to have taken his own life in his prison cell, just before the trial was due to take place although there have been many rumours about Epstein being murdered in order to prevent him from revealing information about other powerful co-conspirators.

On Sunday 31 May, Anonymous’ direct threat to Donald Trump not only accused him of being friends with Epstein but of “raping minors.”

Anonymous also accused Trump of having a record on organised crime

On top of linking Trump to the Epstein scandal, Anonymous released more accusations against the US President. According to the hacktivist collective, Trump would have a record on organised crime, a reason given for why he is being blackmailed by Russia, a country that they claim has all the necessary evidence against him.

Although Trump has been active on social media during the George Floyd protests, he has not answered or even acknowledged Anonymous’ tweets.

There remains some doubt as to whether Anonymous will reveal more information about Trump and if there really is anything new to leak in the first place. Only time will tell. 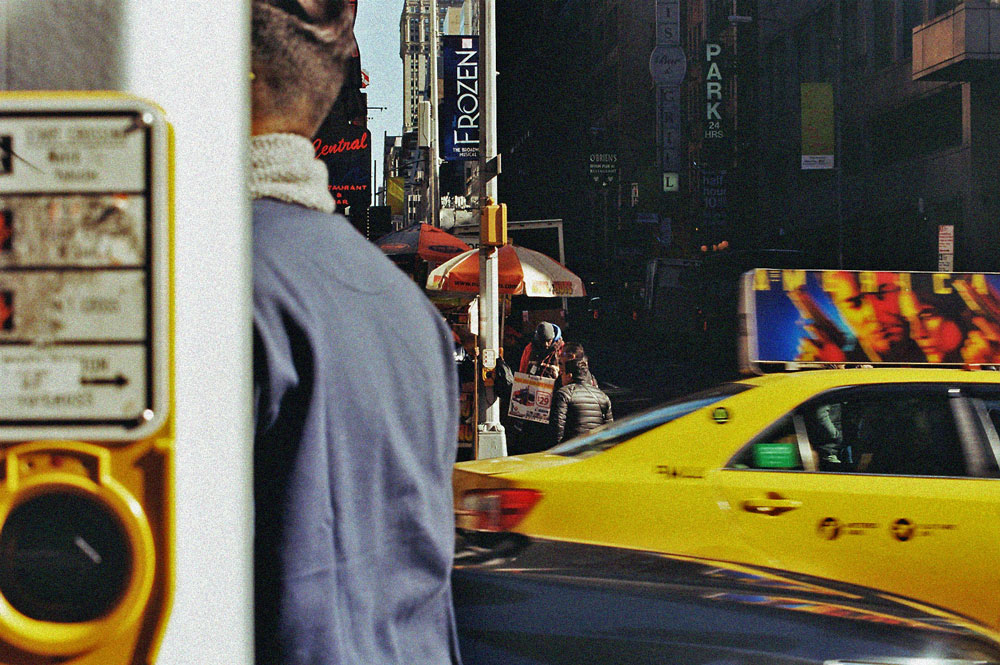 Yesterday, Twitter saw Anonymous, a group of hacktivists known for its cyber-attacks against governments, institutions and corporations post a new video after a few years of absence. In it, an activist wearing the group’s recognisable Guy Fawkes mask promises to expose Minneapolis Police Department’s “many crimes to the world,” following the murder of George Floyd by Minneapolis policeman Derek Chauvin. The footage ends with the message: “We are legion. Expect us.”

Furthermore, unrelated to the protests currently happening all over the US, Anonymous has also tweeted that it has uploaded documents with evidence against Donald Trump, Jeffrey Epstein and other high-profile figures. So who exactly is Anonymous and what else has the group of hacktivists revealed yesterday?

The group named Anonymous began on 4chan in 2003. It is a decentralised group of hackers with no leadership and famous for never revealing its members’ identity. When posting videos online, Anonymous members usually wear a Guy Fawkes mask, the same mask worn by protesters in the novel and film V for Vendetta. Members also disguise their voices by using voice changers or text-to-speech programmes.

Originally focused on entertainment, Anonymous gradually became associated with activism on many international issues. 17 years after its conception, Anonymous is mostly known for its highly publicised cyber-attacks against specific institutions. This reputation began in 2008, when the group targeted the Church of Scientology in a series of cyber-attacks which incited in-person protests against the church.

Two years after that, in 2010, Anonymous went after Airplex software, a company that worked with film studios to shut down copyright infringement websites. Anonymous shut down Airplex’s website for a day, saying: “Anonymous is tired of corporate interests controlling the internet and silencing the people’s rights to spread information, but more importantly, the right to SHARE with one another.”

In 2012, Anonymous brought PayPal’s website down in retaliation for shutting off service to Julian Assange’s Wikileaks, which cost the company millions.

In 2011 and 2012, Anonymous took actions to support the Arab Spring movement by helping Tunisians protect web browsers from government surveillance and helping dissidents in Egypt, Bahrain, Libya, Jordan and Zimbabwe. The collective also hacked Israeli websites after the 2012 Israeli military operation in the Gaza Strip.

In 2014, Anonymous hackers attacked Ferguson City Hall’s website after the shooting of Michael Brown by a police officer, which started riots throughout the city. At that time, Anonymous went on to threaten local police with cyber-attacks if protesters were abused or harassed.

Back to 2020, new protests have erupted in the US for the same reason as the demonstrations that took place in 2014: protesting against police brutality and systemic racism. While the group of hacktivists has clearly stated it will go after the Minneapolis Police Department’s, it also released some other shocking documents.

If you haven’t followed the Jeffrey Epstein scandal, here’s a little recap for you. After working as a teacher, Epstein moved into high finance when he persuaded the father of one of his pupils to give him a job at Bear Stearns. He quickly rose through the company and set out on his own as a financial consultant after just five years with the bank.

In 2008, Epstein was charged with soliciting prostitution from underage girls, and served a short jail sentence thanks to a plea deal widely seen as too clement. While awaiting trial on charges of sex trafficking, Epstein took his own life in his jail cell in New York in 2019.

Prince Andrew met Epstein in 1999. Last year, after a picture emerged of Prince Andrew with one of Epstein’s accusers, he became part of the Epstein scandal. The picture was said to have been taken at Epstein’s London address. Further claims were made against Prince Andrew, who has since said he only saw Epstein once or twice a year and stayed “in a number of his residences”, but cut ties with him in 2011 after a photo of the pair walking together attracted criticism.

The duke denied ever witnessing or suspecting any concerning behaviour from Epstein. That being said, the Duke of York has now been relieved of his public duties due to his involvement in the scandal and his friendship with the late Epstein.

Although it was already known before Anonymous posted its recent video that Trump was friends with Epstein, the US President has recently always been quick to dismiss any kind of friendship. And yet, Donald Trump was pictured with Epstein at many events through the years and had once called him “terrific.”

Both moved in the same circles for years, but Trump insisted he only knew Epstein because of his own club in Palm Beach, where Trump was photographed with Epstein in 2001.

On the 31 May, Anonymous tweeted that it has uploaded documents which contain incriminating evidence against Donald Trump in the cases of Epstein’s alleged sexual assault. The collective also claimed it has evidence that the British royal family had Princess Diana murdered. Many of these tweets have since disappeared, but screenshots are still circulating online.

After launching a threat against the US government following the death of George Floyd, the group of cyber activists explained that if the government was not willing to bring justice in the case, Anonymous would then begin to expose some of the crimes that the US has been hiding.

A few hours after the Anonymous video hit the internet, the collective exposed the connection of many celebrities to the Epstein child trafficking scandal. As mentioned before, Trump was listed in what Anonymous called ‘The Little Black Book of Jeffrey Epstein’—a list of all the people who attended parties organised by Jeffrey Epstein, where it is said that he “recruited the children.”

These names included Ivanka and Ivana Trump, Chris Evans (the English TV host, not to be confused with the American Marvel actor), Mick Jagger, Will Smith, and more. Among those names was the English supermodel Naomi Campbell.

Anonymous and the murder of George Floyd

Not only did Anonymous threaten the US government and the Minneapolis Police Department, it then took down the Minneapolis police website and hacked Chicago’s police radio to play ‘Fuck the Police’ on loop in order to stop officers from communicating with each other.

More secrets are expected to be revealed as long as the US police keep arresting protesters instead of “the real criminals.”