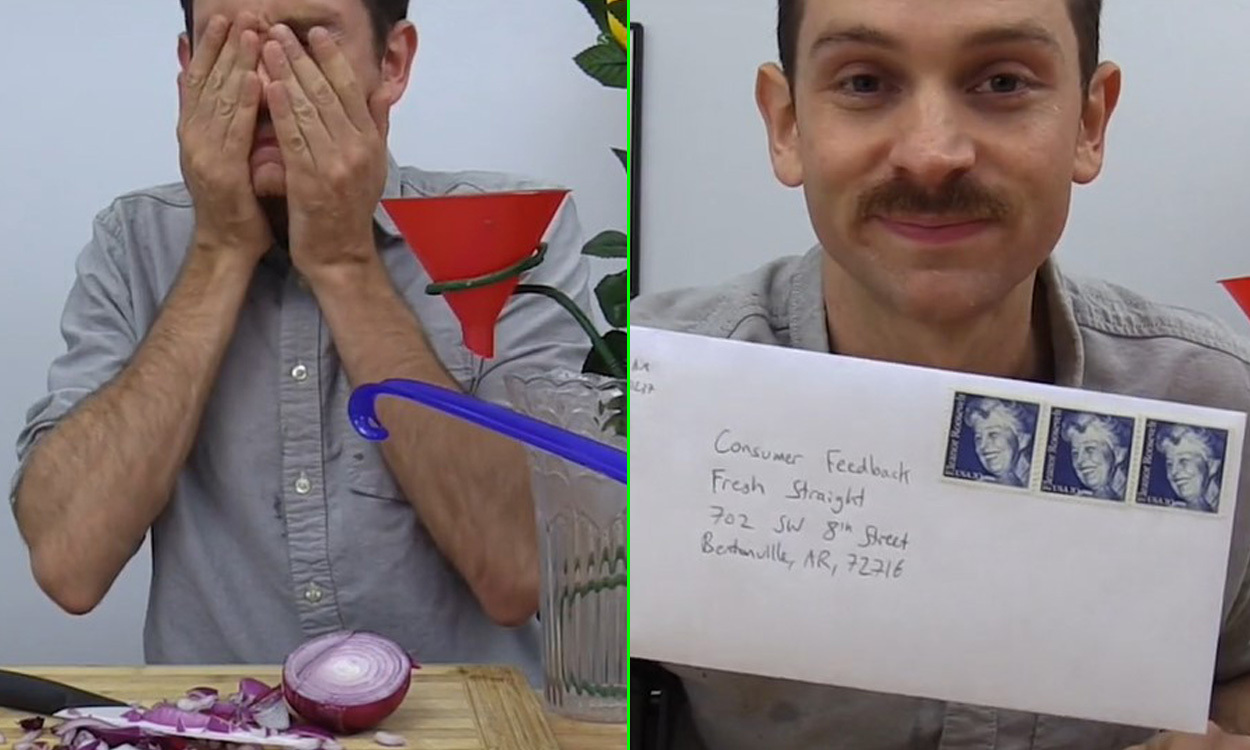 Do you hate the pasty taste of postage stamps and absolutely despise having to lick an envelope before sealing it? What about literally wasting your tears while cutting a batch of onions? Sure, the remorseless vegetable puts us through eye-watering pain that we can’t do much to avoid—apart from wearing a pair of swimming goggles and looking ridiculous—but that doesn’t mean that the effort our tear ducts put into lubricating our eyes have to be futile.

Powered by tears produced from dicing onions, the machine can be made with a funnel that first catches your weeps. The tears are then filtered into another funnel supported by a glass vase and a bottle of smoke seasoning (yes, in that exact order) before it’s dropped slowly onto the blank side of a postage stamp.

After you wipe the residue from your unintentional crying sesh, you can go ahead and place the sufficiently-wet stamp onto the corner of an envelope. And voilà, you’ve successfully given a new meaning to the age-old phrase: “I put my blood, sweat, and tears into my work.”

But wait, there’s more to Joseph’s Machines’ tear-jerker of an invention than just automating the process of slapping stamps with your bodily fluid. In his video, which has garnered over five million views on YouTube Shorts and 431,000 views and counting on TikTok, the creator can also be seen sealing entire envelopes with the movement of his knife while dicing the onions.

Being hooked up to what seems like a tabletop pasta- and noodle-making machine, the knife essentially powers a thread that slowly pulls an envelope under the second funnel from the earlier apparatus. The tears collected here are then dropped evenly throughout the self-adhesive ridges.

What’s more is that, in the case of the envelopes, you don’t have to manually pick them up and press down to seal them completely. Instead, a glass tumbler does this job—pretty orgasmically, might I add—by smoothly closing the envelope in true trickshot fashion. Although the glass does end up shattering by falling off the table in the end, what’s a little sacrifice for an invention this amazing?

“I think it works faster with tears of suffering,” a TikTok user commented on the creator’s video. “Must [have] been a sad letter,” a second added. Nevertheless, everyone seemed to agree on one fact: Joseph’s Machines just birthed a genius invention that nobody knew they needed in their lives until now.

I mean, bacteriologists around the world have been warning us for years about the dangers of stamp licking anyways. What better use of undesirably-triggered tears than automating the otherwise-microbe-infested process, right? At the end of the day, remember what R&B icon the Weeknd himself said: “Save your tears for another stamp.” 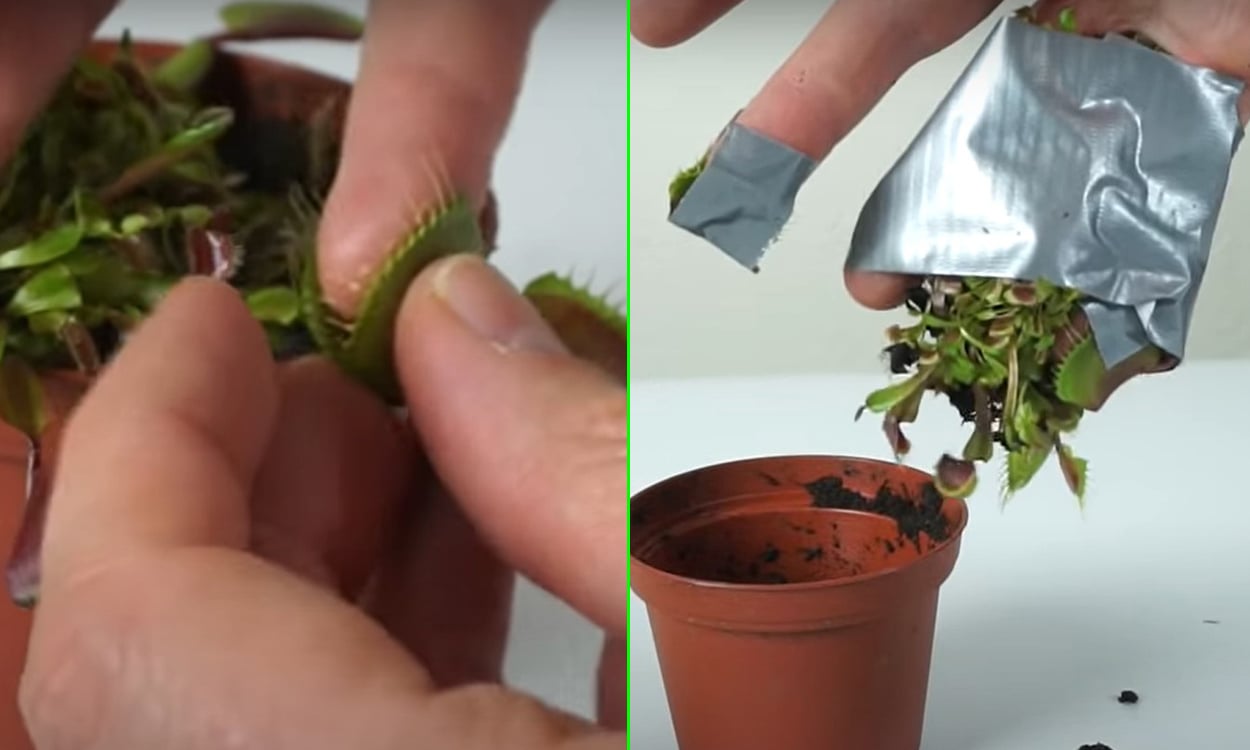