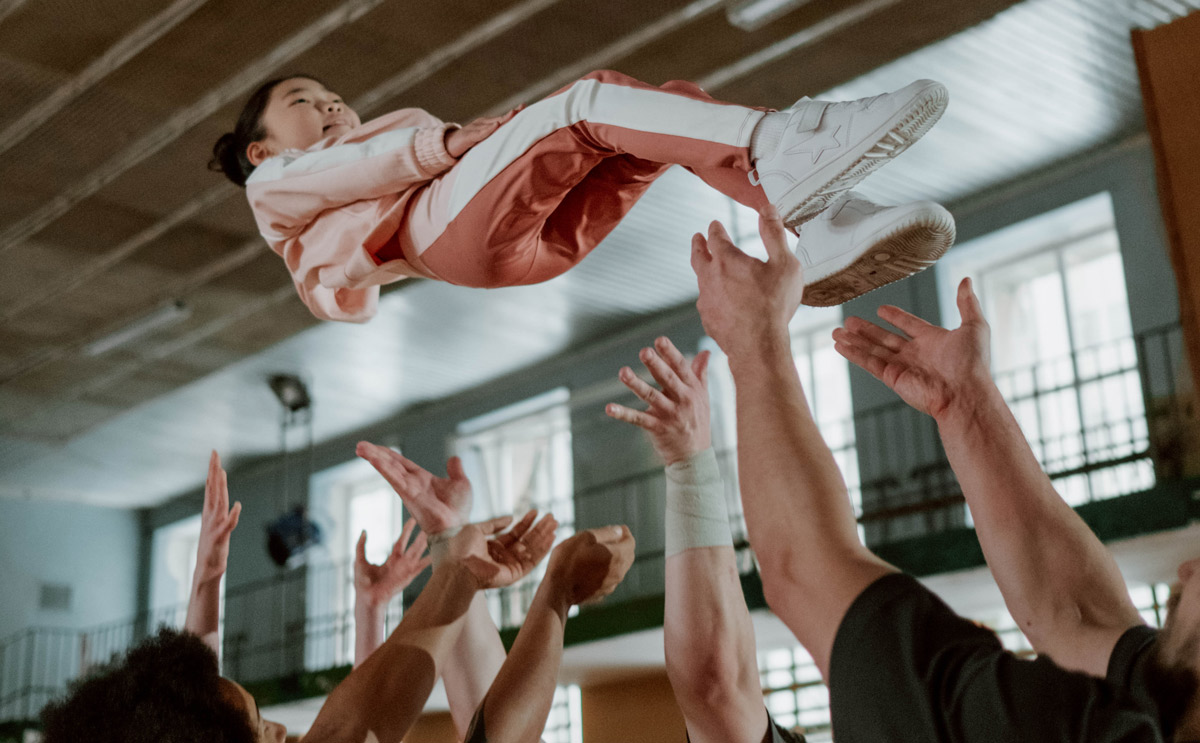 We’re currently living in an era where our vocabularies are synonymous with ‘Michael Jordan is the GOAT’, ‘That’s moist uwu’, ‘Zaddy please!’, ‘no cap’, ‘sheesh’ and ‘oof’. In 2022, chances are that you must’ve heard these terms tossed around and merely assumed their meaning—until someone urged you to Google them.

Well, today we’re here to talk about one such word which has been part of our internet vocabulary toolkit for decades yet light years away from its intended meaning: ‘yeet’.

Where did yeet come from?

While most internet slangs bleed into mainstream usage from TikTok today, think ‘wadiyatalkinabeet’, the terms used in the early 2010s are usually traced back to viral Vines. In yeet’s case, it’s the early 2000’s hip hop culture. Yeet was actually a dance move, choreographed in a way that one would dip their shoulder in rhythmic steps while bending both their hands and knees.

Imagine riding a bike over speed bumps and tossing something to the side with both hands, alongside the yeet dubstep, and you probably won’t be too far off from the original dance. According to Know Your Meme, the choreography gripped the internet in February 2014—shortly after footage of people ‘yeeting’ were uploaded to both Vine and YouTube. While it’s hard to pinpoint the story behind the dance, Texas-based producer and video blogger Marquis Trill has credited @1ballout_, @Thefuhkinmann, @KronicCaviar, @AXXXXJXY, @JollyceM and @SmashBro_KB as yeet’s original creators. The earliest known video of someone grooving to the dance was additionally uploaded by YouTuber Milik Fullilove on 12 February 2014 with the caption “Fuck the nae nae we yeet’n.”

A month after the video hit YouTube, a Facebook page called Yeet Dance was launched—amassing 29,000 likes by the end of March 2014. In the same month, video blogger Trill graced YouTube with a step-by-step tutorial of the choreography. Heck, by the time August rolled around there was even a song dedicated to the dance called ‘YEET’ (who would have thought otherwise) by Quill featuring Showtime and Yung Cyph.

All of that said, however, yeet solidified its status in internet culture when the video of a young boy nicknamed “Lil Meatball” performing the dance at a school track was uploaded to Vine by Jasmine Nicole on 20 March 2014. Within two weeks, the post gathered over 122,000 revines and 104,000 likes. The video was then subjected to meme culture with hilarious remixes and Photoshopped edits.

How is yeet used?

Now, yeet has two main contexts: one is used in an (almost) nonsensical and humorous way—all the while backed by a solid meaning—while the other has to do with, well, the velocity of throwing things.

In the first case, yeet is an expressive word. An exclamation of excitement, approval, surprise or all-around energy, to be exact. The context here is the same way that someone would holler “boo-ya” after acing their exams or unboxing a $100 mystery box. It’s said smugly, but with a lightheartedness that cancels out the complacency. I mean, you’re technically shouting out a meme here.

In the second scenario, yeet has a more concrete definition. “To discard an item at a high velocity,” or “throwing something very very hard very very fast,” as the top entries on Urban Dictionary explain. Simply put, it means tossing an object with confidence and authority into something or away from the person throwing it in the first place. For example, if someone aims their empty soda can into a bin, they are ‘yeeting’ the object into the trash. Those familiar with the term will also probably shout “yeet” as they chuck the can into the bin.

It should be kept in mind that you can yeet yourself too. Let’s say you’re hungry, proceed to find a McDonald’s and practically hurl yourself into it. In this case, you’re actually ‘yeeting’ into McDonald’s. You can also choose to yeet newborn babies like a basketball into a hoop. Don’t ask me why, but that’s one of the major yeet memes the internet has birthed to date. The effectiveness of the word essentially rests on self-confidence, if you really think about it.

Now onto the real deal: how can one still slip the word yeet into conversations in 2022 and stay relevant? For starters, it can basically be used to describe anything done with vigour and assertiveness. But remember to use the term in casual scenarios and not in a Google Meet attended from your work-from-home desk. Don’t go around saying “I’m going to yeet this project!” (read: “Woohoo! I’m going to nail this project” as a positive remark) Sure, it’s an exclamatory word used to express excitement and initiative, but reading the room is a prerequisite which comes with yeet.

Alternatively, the word can also be used to replace ‘sheesh’ to express annoyance or as a filler term in sentences when you don’t really know what to say. For example, “Donald Trump just said that global warming is good because it means more ‘seafront properties’.” “Yeeeet!” Okay, maybe in this context it could also mean he’s due to be yeeted from the country but you get the gist.

So what are you waiting for? Yeet yourself out there with your updated knowledge on internet terms and yeet everyone who believes the term is dead in 2022.