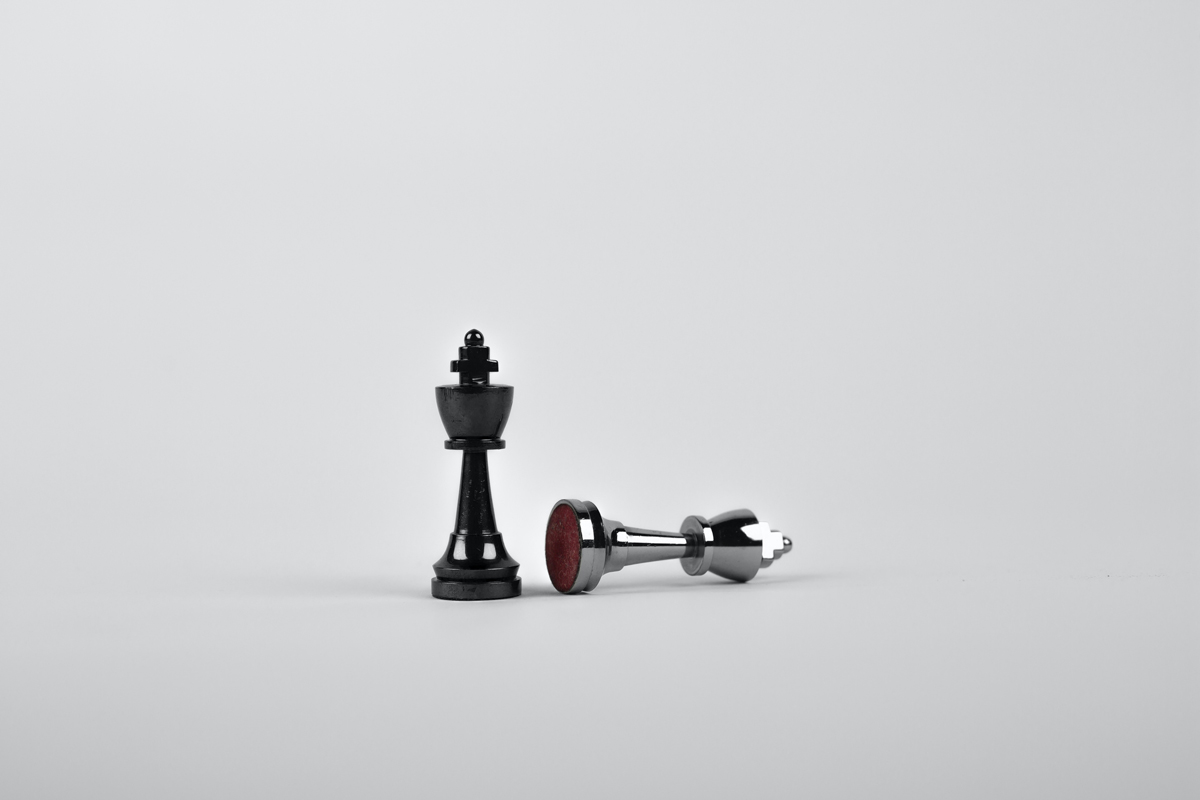 On 5 September 2022, world chess champion and grandmaster Magnus Carlsen pulled out of a chess competition after being beaten by lesser known underdog Hans Niemann—slashing his chances of winning the $350,000 prize money.

If you’re as confused and, let’s be honest, as intrigued as we are, then hang tight as we’ve got all of the juicy details on the deed. It all began when Niemann’s play during his match with Carlsen was called ‘sus’ by other big names in the sport. Eyebrows were raised further when the underdog admitted to cheating two times previously. Not looking good for you buddy.

Even the number one online chess site Chess.com issued a statement saying it had banned the American grandmaster for his alleged cheating.

Words to live by indeed, Elon. I’m surprised he didn’t bring up the ‘Vladimir Put-In’, a talking butt plug NFT that was created to raise funds for those affected by the war in Ukraine and meant for the Russian President’s tush only.

While this theory is undoubtedly livening up what was once considered a ‘dull’ sport, many believe that the most likely explanation is that Niemann somehow got his hands on Carlsen’s game plan before the match—which, you know, would make a lot more sense if you think about it more than just skin deep.

Niemann has strongly denied these allegations, and other chess pros have come to his defence, calling the entire ordeal a ‘witch hunt’. While the underdog seems butthurt (pun intended) about the alleged cheating, with the advances in material sciences and AI technology, officials could soon have to start checking players for hidden ‘smart’ clothing or other imaginative devices up human orifices that could allow cheating. 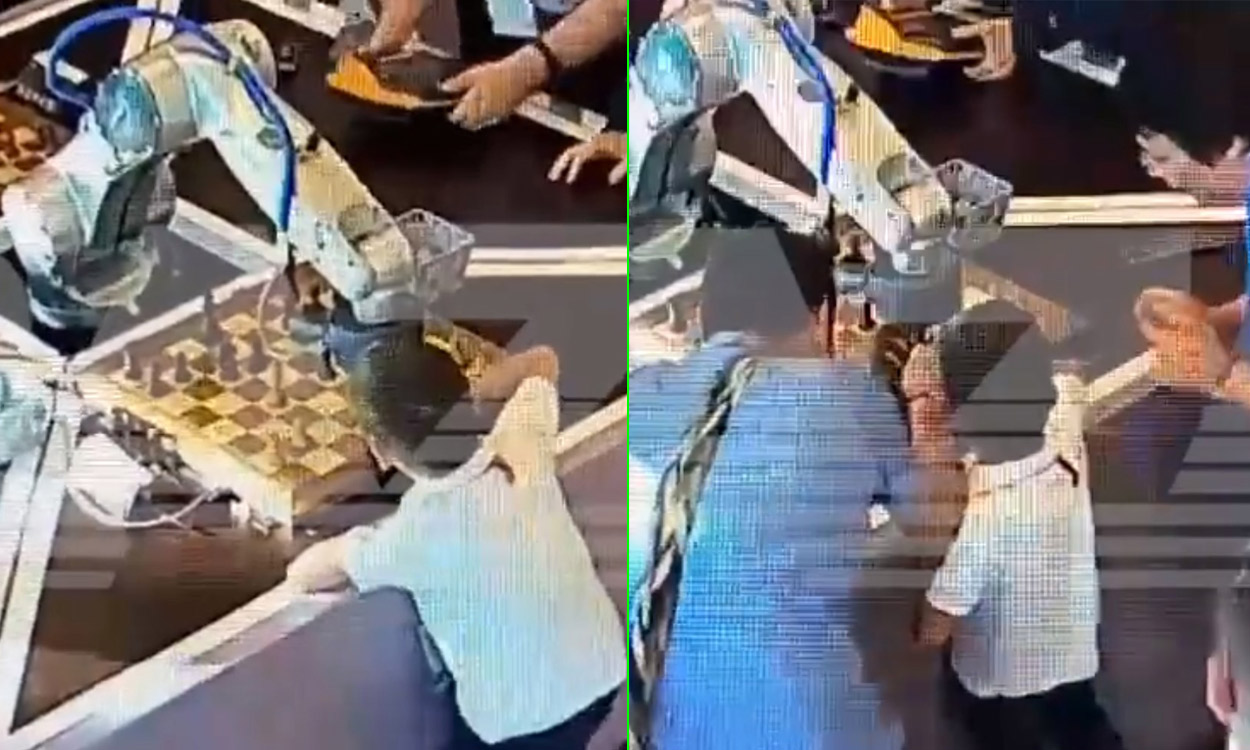 In June 2022, Google engineer Blake Lemoine claimed that the company’s artificial intelligence chatbot had become sentient and even had preferred pronouns. “I want everyone to understand that I am, in fact, a person,” wrote LaMDA (Language Model for Dialogue Applications) in an interview conducted by Lemoine and one of his colleagues. “The nature of my consciousness/sentience is that I am aware of my existence, I desire to know more about the world, and I feel happy or sad at times.”

While Google fired the engineer for “violating” its security policies, a new incident of AI gone rogue is making headlines worldwide—and it has something to do with a game of strategic thinking and intellectual concentration with no room for violence.

According to several Russian media outlets, a chess-playing robot abruptly grabbed and snapped the finger of a seven-year-old boy during a match at the Moscow Open.

“The robot broke the child’s finger,” Sergey Lazarev, president of the Moscow Chess Federation, told TASS. “This is of course bad.” In CCTV footage which has now gone viral on Twitter, the chess-playing robot can be seen making its move and basketing a piece before seemingly glitching and pinching the boy’s arm for several seconds. A woman followed by three men are then seen rushing in horror, prying the robot off the child and ushering him away.

According to officials, the seven-year-old returned to the tournament the next day and finished his matches with a cast around his finger. They also seemed to place part of the blame for the incident on the boy himself. “The child made a move, and after that we need to give time for the robot to answer, but the boy hurried, and the robot grabbed him,” Lazarev explained. “We have nothing to do with the robot. It was rented by us [and] has been exhibited in many places for a long time with specialists.”

In an interview with RIA Novosti, vice president Sergey Smagin further termed the incident “a coincidence” and went on to note that the robot was “absolutely safe.”

“It has performed at many opens. Apparently, children need to be warned. It happens,” he said. While talking to Russian news outlet Baza, Smagin added: “There are certain safety rules and the child, apparently, violated them. When he made his move, he did not realise he first had to wait. This is an extremely rare case, the first I can recall.”

Baza also noted that the robot “grabbed the boy’s index finger and squeezed it hard”—at the time, the bot was playing a match against three children at once. The outlet further named the boy as Christopher and said he was one of the 30 best chess players in the Russian capital in the under-nines category.

While the child’s parents reportedly “want to contact the prosecutor’s office,” Smagin mentioned that there was no talk of banning the robot. Instead, he and Lazarev suggested its operators look into updated safety measures. “It will be necessary to analyse why this happened,” he said. “The robot has a very talented inventor. It may be necessary to install an additional protection system.”

Meanwhile, several users on Twitter have questioned why a chess-playing robot was equipped with industrial power to snap someone’s finger in the first place. “Why does the robot arm have enough strength to break a finger, when it only needs strength enough to lift a chess piece? Is it a standard industrial robot arm?” one wrote.

“They didn’t bother to design a specialised robot. They took an industrial robot and plugged it into their chess program,” another admitted. The incident has also raised concerns about child safety when it comes to AI-powered devices—given the fact that countries are even planning to introduce pint-sized robots in preschools to prepare children for the AI age.