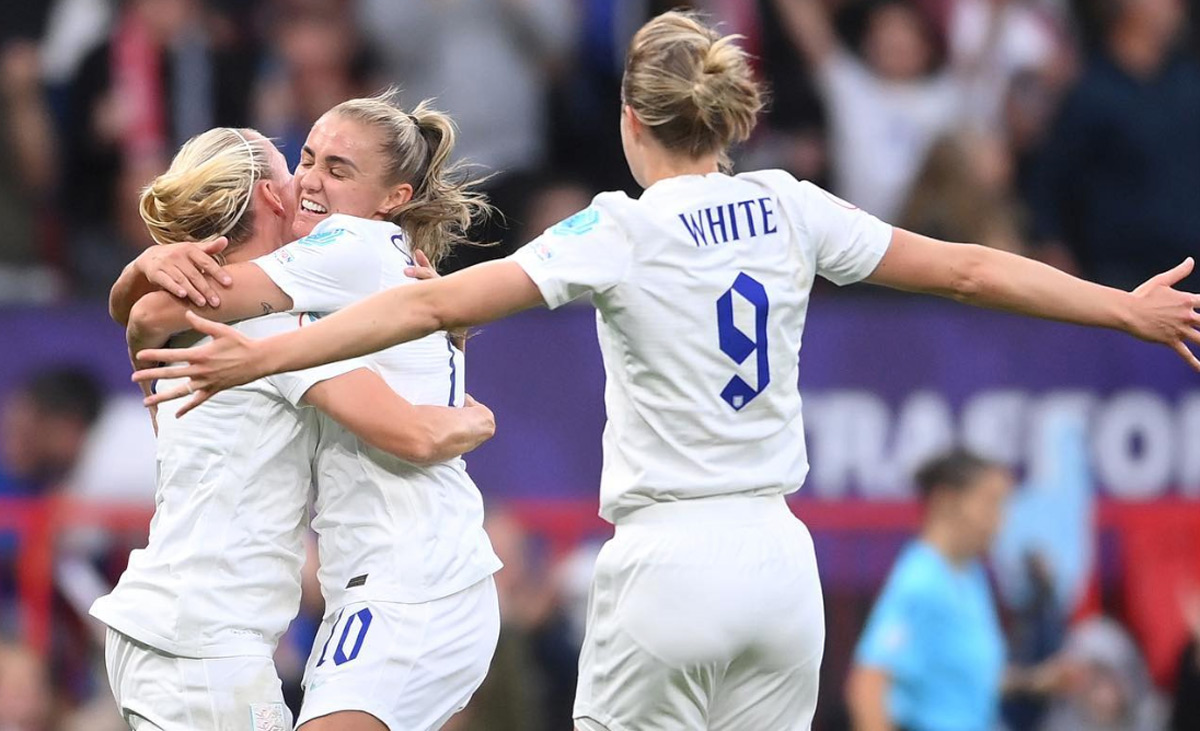 Yesterday, Wednesday 6 July 2022, kicked off the UEFA Women’s EURO 2022 with the England national team beating Austria 1-0 at Old Trafford. During the game, the team wore its all-white home kit made by Nike.

Now, recent reports have revealed that England women are looking into the possibility of wearing different coloured shorts due to concerns about having to wear white while menstruating. Members of the team have given feedback to Nike, the FA’s official kit manufacturer.

Speaking to The Telegraph, Beth Mead—who scored last night’s only goal against Austria—confirmed that the team have held discussions with the sportswear giant. “It’s something we’ve fed back to Nike,” she said. “Hopefully they’re going to change [the colour]. It’s very nice to have an all-white kit but sometimes it’s not practical when it’s the time of the month. We deal with it as best we can. We’ve discussed it as a team and we’ve fed that back to Nike.”

The issue of elite sports women wearing white bottoms has also made headlines recently during Wimbledon 2022, where players have to abide by the All England Club’s infamously strict dress code. British doubles player Alicia Barnett, who beat Venus Williams and Jamie Murray in the second round, opened up about the stress of having to wear white while being on her period and suggested it was time to change.

“I do think some traditions could be changed,” she said. “I, for one, am a massive advocate for women’s rights and I think having this discussion is just amazing, that people are now talking about it.” When questioned on what the potential colour change should be, Mead continued, “I’m pretty easy, I’m pretty laid back to be fair. As long as I’m playing for my country, I don’t mind what I wear.”

Wearing white for the annual prestigious tennis tournament has been a tradition since the early days of the sport, dating to the late Victorian Era in the 1870s. And over the centuries, the all-white rule has only become more strict.

In football, England midfielder Georgia Stanway said switching to another colour is not as easy as it sounds.  “It’s difficult because we associate England with white,” explained Stanway. “The home kit is unbelievable, it looks really nice. I think that’s something that we can speak about as a full squad, as a group of girls.”

She continued, “I think next year there is potentially a colour change going in. I think it’s hard because once you’re on the grass, nothing else matters. I think we have a good doctor who likes to look after us. As soon as the adrenaline comes in, you could be naked and nobody cares. That’s what happens when you’re on the pitch, you forget about everything.”