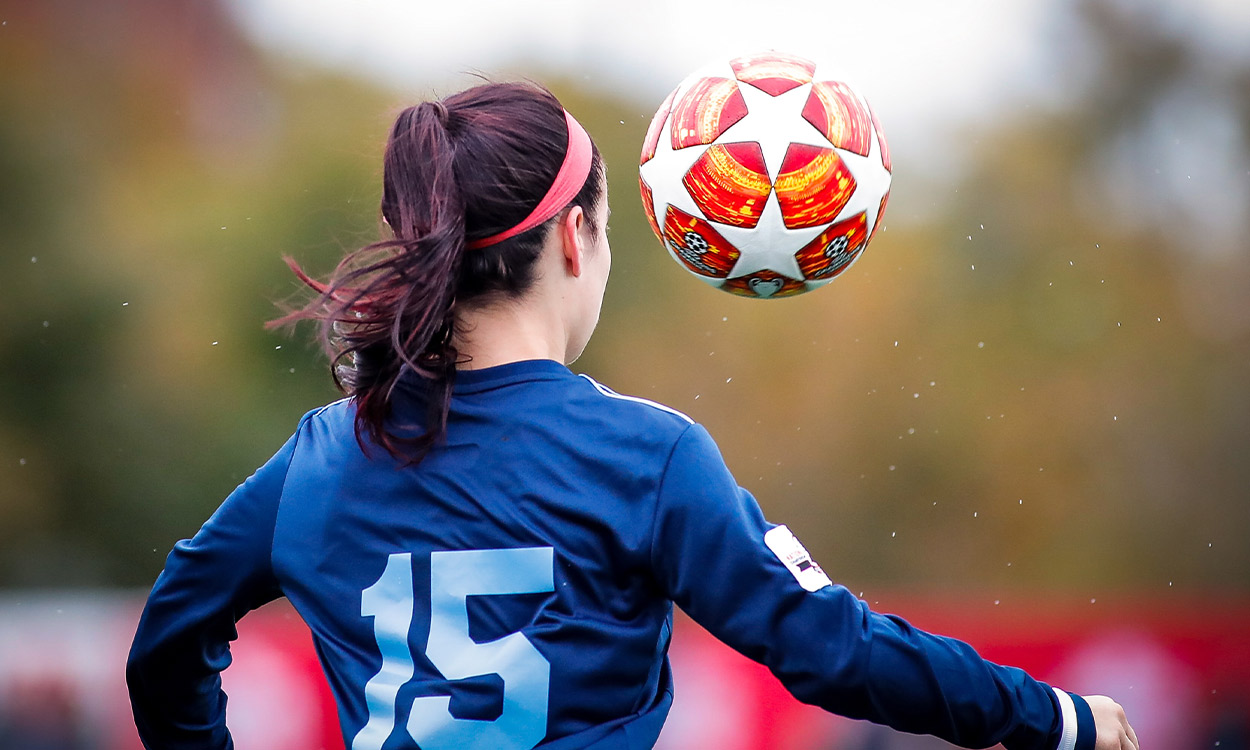 Hi there. I’m Laura—a 28-year-old football fan who only recently started playing the world’s most popular sport. Here’s how it went and why I decided to get involved in the first place.

Like most people who grew up in the UK, football has always been a big part of my life. I can’t think of a week that went by in my childhood where footie wasn’t involved somehow. I was either in the crowd, by the white line of a grassroots pitch, or just watching it on the TV with my football-mad dad and brother offering their unique commentary.

As a kid, we’d have apprentice footballers from Premier League clubs live with us for a few years here and there. One of them became like a brother to me. I was his number one supporter, aged four.

As I got older, so did my love for the game. In my teenage years, World Cup fever and EURO excitement really began to set in. I—a fresh set of eyes—sat there enthralled, watching attentively with my dad and his mates who, after having to endure over 30 years of hurt, found the matches slightly more stressful than I did.

The fashion, the music, and the culture surrounding it meant something important to me. I became fascinated by the casuals, the mods, and the ultras. It was an entire world within a world.

As I grew up, I religiously watched the non-league team my brother played for, week in, week out. When they eventually won the league in 2019, the club really became my extended family.

Then, when I moved to Australia, I turned the commitment up a notch—having to wake up in the early hours to catch a glimpse of your favourite teams playing on the other side of the world really cements you as a diehard fan. The butterflies in your stomach are always worth it.

But despite football being my favourite sport forever, I’ve never played it first-hand. Until now.

The time I said f*ck it, I’m kicking a ball

The Women’s EURO 2022 really lit the spark. Mainly because I saw women who looked like me, playing a sport that I loved, really well. I’d always gotten involved with every other sport—netball, swimming, athletics, gymnastics, tennis, and more.

But football was the one that got away—the sport I’d always wanted to play but was too scared to do so. I was your stereotypical ‘girly girl’ growing up, and girly girls didn’t play football. The ones that did were just one of the lads, and that wasn’t really my vibe. While I loved having a kickabout in the garden with my brother and his mates, when it came to school matches or clubs, I wouldn’t dare get involved.

One time, however, I did manage to pluck up the courage to invite the boys from my class over to play football (we must’ve been about eight years old). I was so up for it, but when they finally arrived, kits on and ready for a kickabout, I bottled it up. If I remember correctly, I think I convinced my mum to tell them I had suddenly fallen ill or something. Major regrets.

Now, as a 28-year-old, I’ve overcome that fear. With deep heat in my pocket, a fresh pair of boots on my feet, and the quote from A Cinderella Story (or Babe Ruth, depending on who you are) etched in my brain, I’ve finally started playing the sport: “Don’t let the fear of striking out keep you from playing the game.”

It’s never too late to start

I rocked up to my first footie session not really knowing what to expect. My mate Bonnie had invited me to train with a side who had just been promoted to the National Premier League—the top tier of competition in the state. It was a bit of a stitch-up, as I only found out how good they were once I’d arrived. But I’m kind of glad, ignorance truly is bliss.

It’s safe to say that I was petrified upon arrival. Sometimes you only need to look at a player to tell that they’re going to be shit hot. These girls definitely gave off that aura. Their coach being a former Pompey player also meant that I was star-struck from the moment I stepped onto the pitch. He kicked things off with a warm-up and some agility work.

At this point, I already knew that I was well out of my depth. But despite the obvious diversity in skill sets (and that’s putting it nicely), the girls were so supportive. I couldn’t have felt more welcome.

I’ve been training with them for about a month now, twice a week. I’m by far the worst player, but I’m getting there. I’m growing fitter, meeting great people and becoming part of something bigger. It’s completely out of my comfort zone, and yet somehow I feel at home.

It’s wild to me that at the age of 28, after being a football fan my whole life, I’ve only just stepped onto the pitch. It took me this long to feel the excitement of scoring a goal—five-a-side counts, okay—buying a pair of boots I love and overcoming the fear of being judged.

The little girl inside of me is so proud every time I play, and ultimately, I’m doing it for her. I might be 20 years too late but showing up now feels like a triumph worth celebrating. I go to sleep thinking about football and wake up excited to play—it’s empowering to overcome my deepest fears, and the remnants of misogyny that held myself and so many other little girls back.

Doing scary things can be transformative. No matter how old you are, there’s always room to grow. Everyone has their football—the thing they dream about, but are too cautious or worried to dive into. My advice? Feel scared, look stupid, be the weakest player on the team—as long as you’re learning, you’re winning. 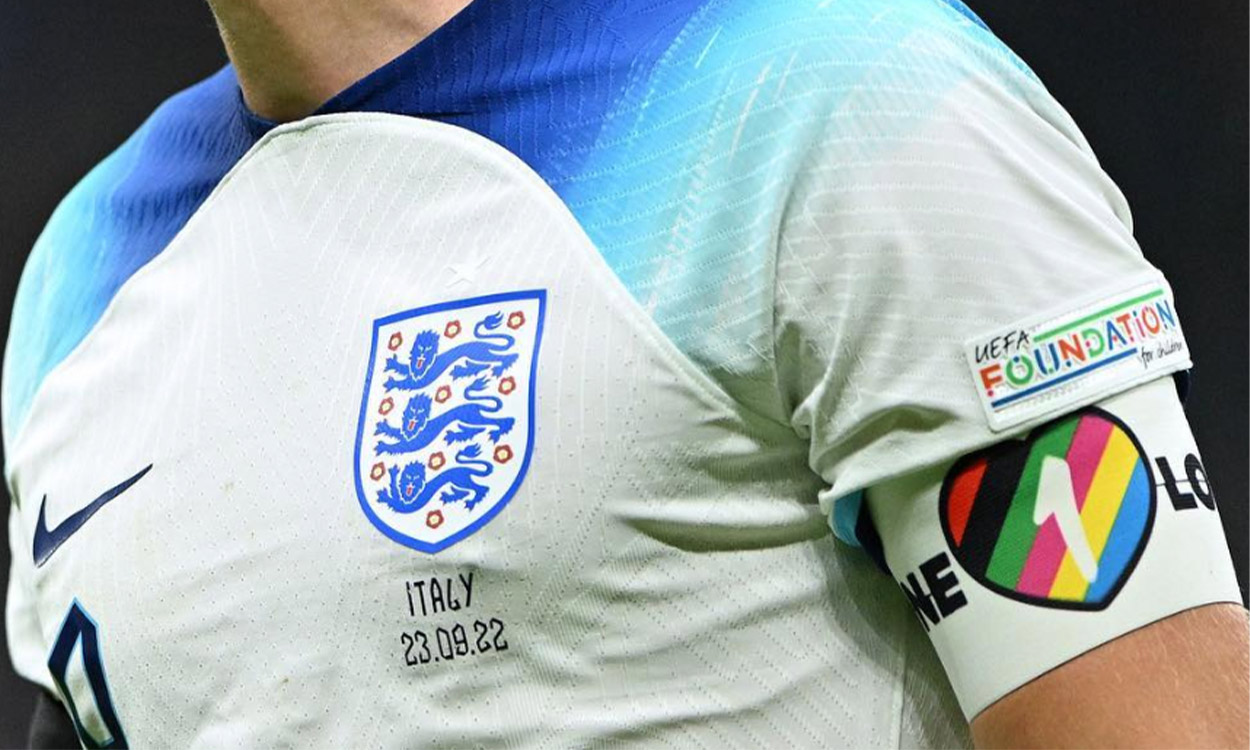