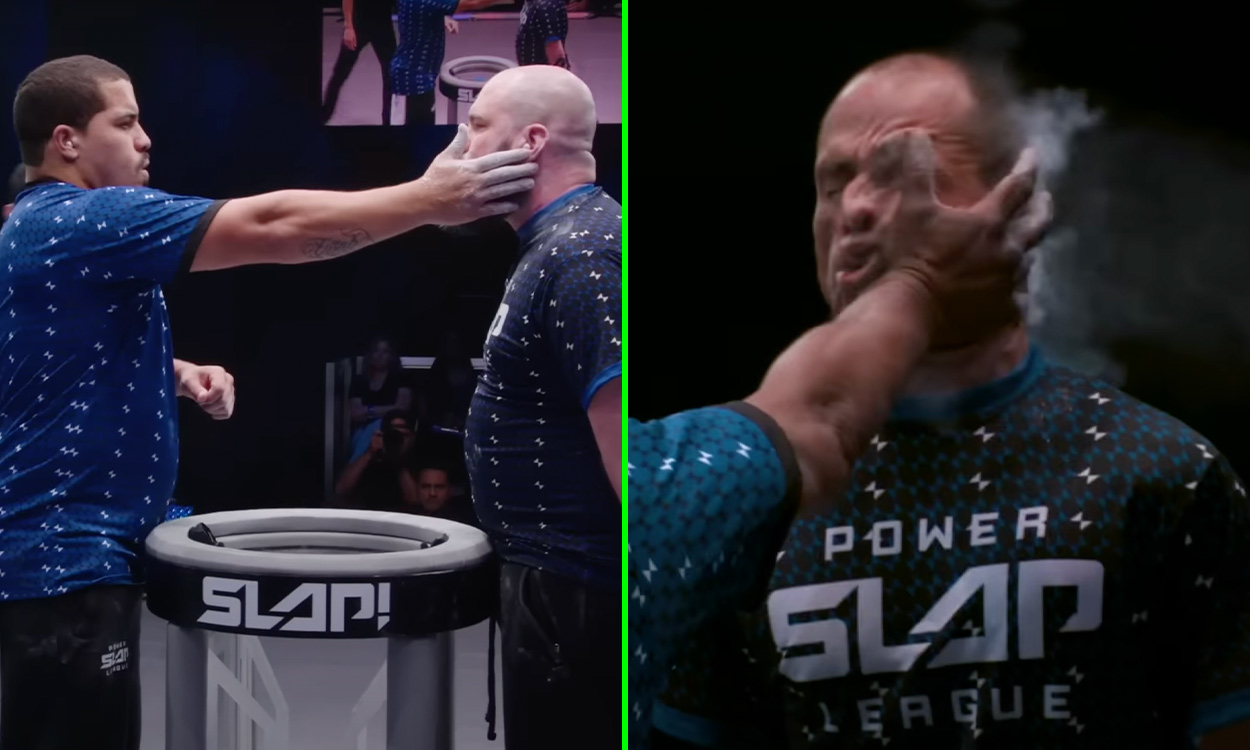 On 22 November 2021, former strongman Artur “Waluś” Walczak competed in a slap fighting gala in Poland. The 46-year-old took a slap to the face, fell to the ground, was hospitalised, and by 26 November, was officially declared dead. At the time, Polish News reported that Walczak’s cause of death was multi-organ failure resulting from irreversible damage to the central nervous system.

Now, in 2022, the Ultimate Fighting Championship (UFC) has announced its newest venture: The Power Slap League—a controversial move that makes us question if no insightful lessons have been learnt since last year’s events.

What is slap fighting?

For those of you who may not be aware, slap fighting is quite self-explanatory—two competitors face one another and, you guessed it, slap each other in the face repeatedly. Neither contender can block or defend themselves from an incoming slap, they must simply turn their face and accept the thundering blow that awaits them.

Dana White, President of the UFC and highly controversial figure, has officially received the green light on his new venture, hoping to host the most popular slap fighting league of all time. According to The Guardian, White has become synonymous with the UFC brand since he joined the organisation in 2001. However, his unruly nature has led to numerous public disputes with famed UFC fighters and the media.

Moreover, his steadfast relationship with former US President Donald Trump has alienated the UFC from mainstream popularity, thereby damaging the organisation’s reputation. Nevertheless, White has big plans for the future of the UFC, in particular, curating a brand new league that catapults slap fighting to a new—even more face-rippling—level.

According to ESPN, the Power Slap League will be a licensed athletic competition in Nevada and overseen by the Nevada State Athletic Commission (NSAC). And, if you were at all interested in a sneak peek, the UFC has released its first promotional video. Let me tell you, this is not a sport for the faint of heart.

The sheer magnitude of force is so visceral that I found myself applying an ice-pack to my own face. The comments section—after making 100 or so jokes about how Will Smith should be the new opening act—did ultimately come to a consensus on the incredible risks that still remain within this sport.

One user wrote: “Ah yes. The sport where the literal objective is to give someone a concussion before they can give you one by giving them unprotected blows to the face. Definitely a great look for the UFC to make this despite the growing awareness of brain injuries.”

Indeed, one of the most prominent dangers of this sport is the possibility of developing chronic traumatic encephalopathy (CTE), a progressive brain condition that is closely associated with receiving multiple blows to the head. Medical professionals have long warned athletes about the impact contact sports can have on your health.

With the creation of this new league, it should also be noted that competitive slapping is in no way a ‘new’ sport. The face slapping format has been around for over a decade, however, it’s recently gained greater traction due to platforms such as TikTok and YouTube circulating clips and compilations from the most brutal matches. Previously, the Slap Fighting Championship was the most well-known format and many have suggested that it brought slap fighting from the fringe into the mainstream.

In fact, while some netizens may claim to find the sport “dumb” or “ridiculous,” they continue to consume hours of slap fighting content. On TikTok alone, the search term ‘slap fight’ has over 769 million views, with many of the top videos also amassing millions of likes.

Will the UFC prioritise its competitors’ safety?

While pitching its plans, UFC chief business officer Hunter Campbell presented the NSAC with a detailed summary of the regulations to be put in place during the Power Slap League. For example: “The League wants to eliminate some of the more archaic aspects of the sport that exist on the lower levels, like two opponents with vastly different weights and matches that last many rounds.”

“The rules will address fouls, permitted areas to slap, and safety requirements like mouthguards and earplugs,” he continued.

It’s true that enforced regulations have been greatly lacking from previous slap fighting championships. However, one must still wonder: will the UFC prioritise safety over ratings? The organisation is revered for its broadcasting of the top Mixed Martial Arts (MMA) fighters in the world, hosting global events that draw hoards of blood-thirsty crowds.

Nevertheless, it has also become infamous for its unabashed acceptance of illegal moves, corrupt judging, and flouting of regulations, all in the name of ‘good TV’. In 2013, FOX Sports published an extensive feature detailing 20 of UFC’s most controversial debacles—the most prominent factor to be noted here is a clear history of jeopardising the safety of its fighters.

With slap fighting continuing to grow in popularity despite existing criticisms, it’s hard to imagine an organisation such as the UFC letting an opportunity like this pass it by. 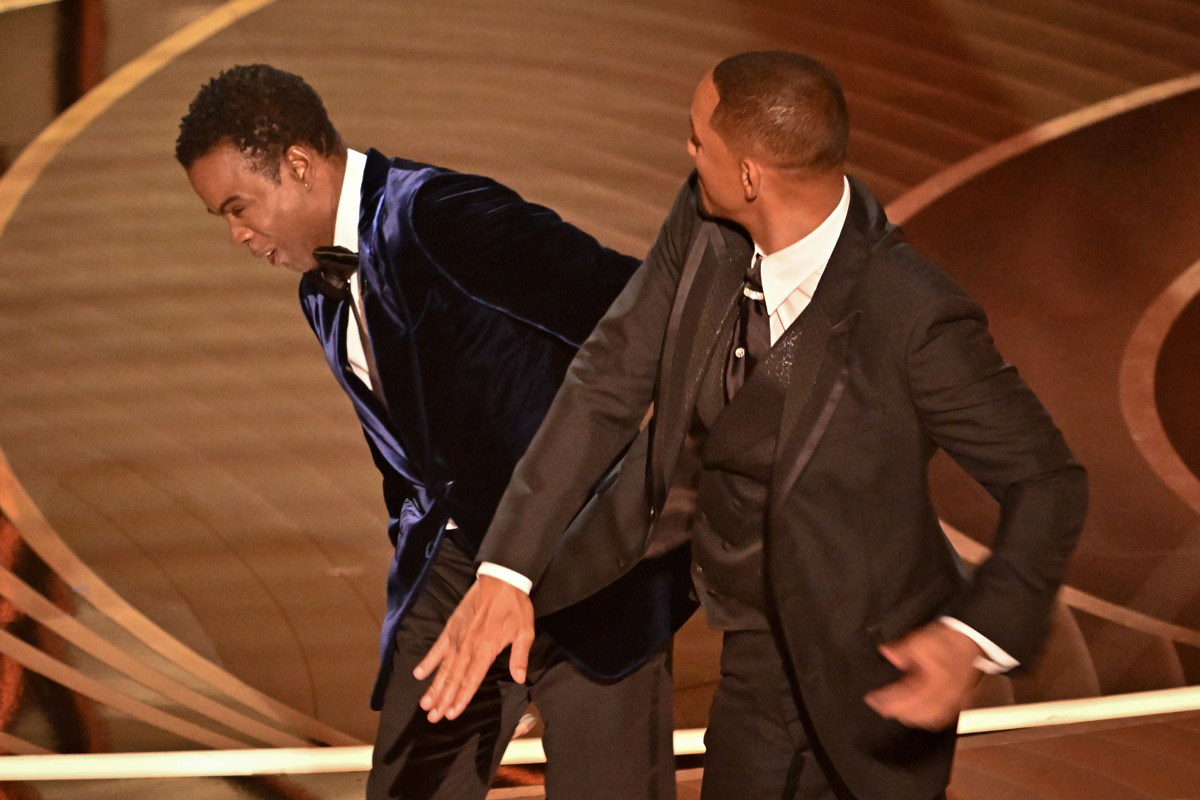 Every time the Oscars roll around, there seems to be endless scandal after endless scandal but let’s be honest—this year definitely takes the cake. Following an incredibly distasteful joke made by comedian and host Chris Rock at the expense of Jada Pinkett-Smith, Oscar nominee Will Smith proceeded to storm the stage and slap the presenter live on air. He then went on to yell, “Keep my wife’s name out your fucking mouth” from his seat. The so-called ‘joke’ was, in fact, a cheap shot at Pinkett-Smith’s bald head—a result of her medical condition, alopecia.

The moment, of course, took the internet by storm—with many celebrating Smith’s defence of his wife. Here are some of the best memes and reactions to Will Smith slapping Chris Rock at the 94th Oscars:

We know for a fact this moment is going to end up on one of those random videos you watch on YouTube at 3 am and it’ll probably be titled ‘12 most shocking award show moments’—safe to say this year might definitely take the top spot.

Got to love a No Way Home meme with our favourite Spider-Man.

Forget Marvel, we love any reference we can get when it comes to Encanto’s the Madrigal family.

Uhh, does Drake even write his own music anymore?

Chris Rock was too stunned to speak.

This is officially an Andrew Garfield stan page as this sneaky moment of him on his phone has the internet obsessed. In fact, this snap of him alone (post-slapdown) became the meme of the night. Was the social media recluse secretly stalking the feeds for some comedy commentary on the drama? We’re hedging our bets that he’s as messy as we are.

The switch-up between his laughter and slap is exactly why Will Smith deserved his Oscar.

Nothing hits the spot like an empath TikTok joke. If you know you know… If you don’t, well, you’re clearly not on the right side of the app.

Are you starting to get annoyed yet? Well, buckle up, you’re in for a few more.

We’re not going to see Queen B for a while now, are we? This is why she doesn’t leave the house.

We’re halfway there so let’s take a small break now. Among the saturation of commentary online about the slap of the century, there are many who woke up this morning without a scooby about what went down—nor did they care. To be fair, they probably are in the right, seeing as how those who are typically obsessed with celebrities are reportedly less intelligent—doesn’t bode well for us now, does it?

Looks like Euphoria Sundays are here to stay with the messiness of last night… Will ran onto that stage to slap the fuck out of Cassie—sorry, Chris.

Nobody wants to hear any hot-takes about Will Smith’s ‘display of violence’ at the show, not when predators, abusers and accused rapists have a plethora of shiny gold trophies to go around—I mean hello? Harvey Weinstein, Roman Polanski, Woody Allen, Casey Affleck and not to mention the accusations resurfacing around Jared Leto who won an Oscar for his role in Dallas Buyers Club. There are no calls to strip them of their Oscars but then again, they have one thing in common… they’re white.

This adorable grandmother is living for Smith’s defence of his wife.

Another one for the people who don’t care, we see you and we respect you.

After last night, it looks like Rock’s going to lay low for a while…

This. This right here is the best joke I’ve seen all day and if you’re a Wendy Williams fan then you’ll agree—her hilarious and controversial commentary on everything celebrity has been sorely missed. Williams, who has been dealing with a plethora of serious health issues, has taken a break from her hosting duties but has vowed to return despite her show’s cancellation. And if she were on air, she would have most definitely, in her classic walking-meme-way, said ‘clap if you would have slapped him’. I can almost hear it.

We can’t say no to another Marvel reference.

We couldn’t help ourselves but include a reaction from the man himself after all the drama. Safe to say, they’re leaning into it. Now we just have to stay tuned for Red Table Talk, obviously.