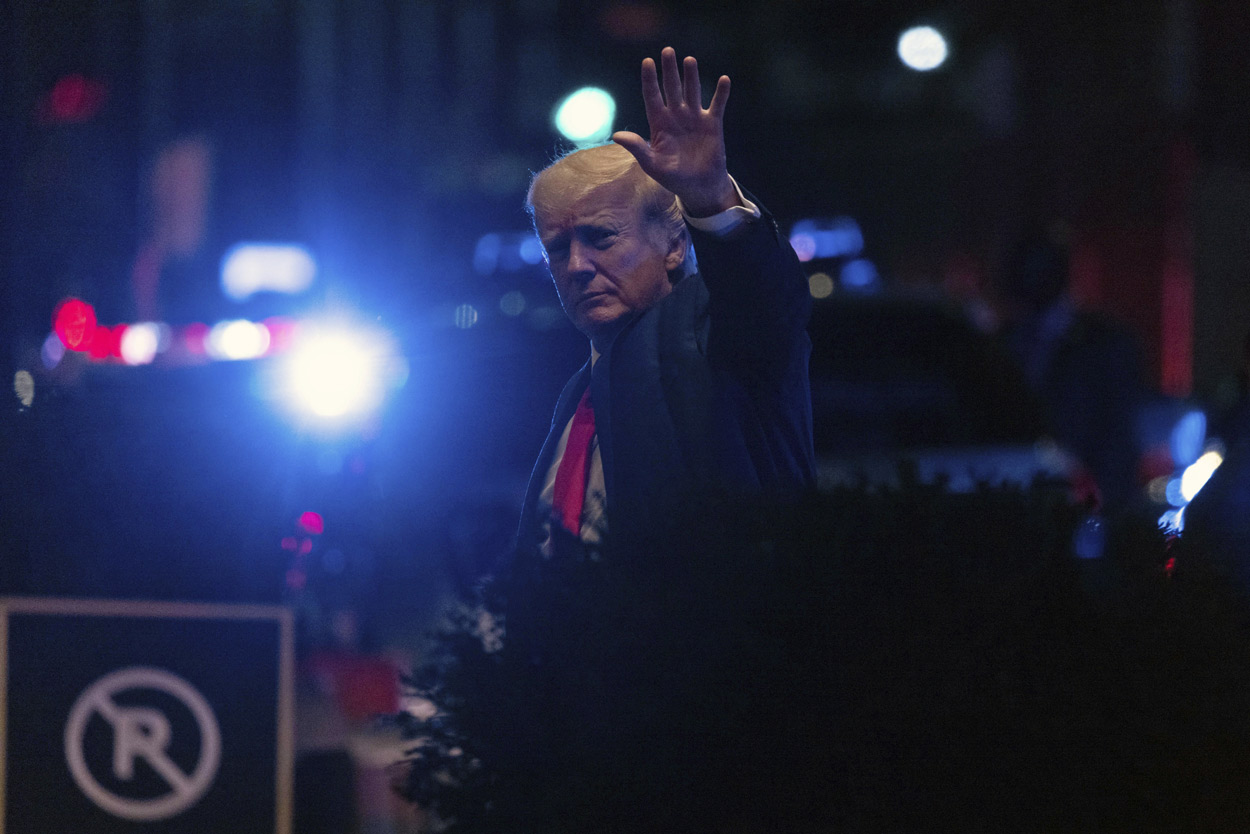 Donald Trump is one of the most controversial political figures of the 21st century. His approach both in business and politics has been impulsive, chaotic, dangerous and, more often than not, completely void of truth or logic. Trump has made a name for himself by perpetuating false narratives and inflaming theories that support his own personal opinion. While we thought we might have seen the back of him, chances are—at least for the near future—he’s here to stay.

What has Trump been up to since the last election?

While you might have expected the former commander-in-chief to have taken a step back from the spotlight and lay low in his Mar-a-Lago Floridian beach house, Trump’s name hasn’t left the headlines. However, within all of the chatter, two particular investigations stand out.

The first is in relation to the Capitol riots that took place in January 2021. The hearings, held by the US House Select Committee, were put in place to investigate and examine Trump’s direct involvement in coordinating and encouraging the violence and anarchy that took place on January 6th.

As reported by CNBC, through testimony and video evidence,  the hearings found that Trump’s refusal to condemn the violent mob displayed a “supreme dereliction of duty.” Trump has—as predicted—referred to the committee as a “witch hunt.”

The second and most recent investigation is being conducted by the FBI. It pertains to a number of classified documents being held at—drum roll, please—Trump’s Mar-a-Lago beach house. As reported by The New York Times, at least 11 sets of classified or confidential documents have been seized from Trump’s home. The 45th US president has a love-hate relationship when it comes to handing over important documents. As some of you may remember, In 2016, he repeatedly refused to hand over his tax returns.

A spokesperson for the president, Taylor Budowich, allegedly called the FBI investigation a “Democrat-fabricated witch hunt” while Trump himself made the groundless claim that officials may have planted evidence at his property during the search.

As Trump’s erratic behaviour post-election only further crystallised his danger and volatility for most of us, his fan-base embraced the #StopTheSteal rhetoric and dove even deeper into the Trump-sphere.

Despite Trump being in some pretty hot water with the establishment, his core followers remain loyal. You only have to look at recent polls to see the tight grip the former president has over his many supporters. Vanity Fair recently reported that in a recent straw poll held at the Conservative Political Action Conference (CPAC), wherein guests were asked who they’d rather have as the next Republican Presidential nominee, Trump received 69 per cent of the vote.

Politico interviewed Jim McLaughlin, a Trump campaign pollster who conducts the CPAC straw polls, and reported on how he found that not only was the former president’s influence far from waning, it was going up. McLaughlin witnessed a 99 per cent approval rating for Trump among attendees.

One of the main ways in which Trump has captured the conservative right is by feeding into conspiracies. During his term, he single-handedly helped to bring ‘fake news’ into the mainstream.

He is also inextricably linked to the biggest internet conspiracy of them all, QAnon. According to journalist Kevin Roose, QAnon has repeatedly referred to Trump as a “brave patriot” who was placed in charge of America to rip down the establishment and restore justice. Furthermore, as Roose explained, QAnon is uniquely participatory and the insurgence of the Capitol in 2021 was a prime example of the extreme seriousness of these online internet communities and how they can directly spill into real life.

Even after the riots, officials warned that QAnon’s violence would only escalate. January 6th saw virtual online threats and hysteria become a reality. These ‘digital soldiers’ are unpredictable and their illogical thinking makes them a constant threat to civilians.

In the case of the recent FBI investigation, far-right extremists have already made their feelings known. NPR reported that an armed man had tried to breach an FBI building in Cincinnati, and that after a six hour stand-off, the suspect was shot and killed. The man was identified as Ricky Walter Schiffer, a frequent visitor of Trump’s very own pro-Trump social media platform, TRUTH Social. Since the raid on the former president’s house, an account under Schiffer’s name had been calling for violent action against the FBI and for an insurrection against all those who have been targeting Trump.

The former business mogul turned president has always found a way to centre himself within these conspiracy theories, automatically helping him to act as the glue for an online community with only one goal: to get him back into office. As per National Geographic, Trump has “weaponised motivated reasoning.” He witnessed people turning to misinformation and falsehoods in search of restoring control and understanding, and used this to his advantage.

The 2024 US presidential election

In March 2021, the real-estate-mogul-turned-politician sat down with daughter-in-law Lara Trump on her podcast, The Right Move. When asked if there was hope for a 2024 re-election bid, Trump assured her, “You do have hope. We love our country—this country. We all owe a lot to our country but now we have to help our country.”

Since Trump is still banned from Twitter, Facebook and Instagram, we don’t have updates from the man himself. However, from observing his behaviour and with so much of his dirty laundry being hung out to dry, it would be safe to say that he’s buckling up for his next big charade. 2024 is only around the corner, everyone… Brace yourselves.