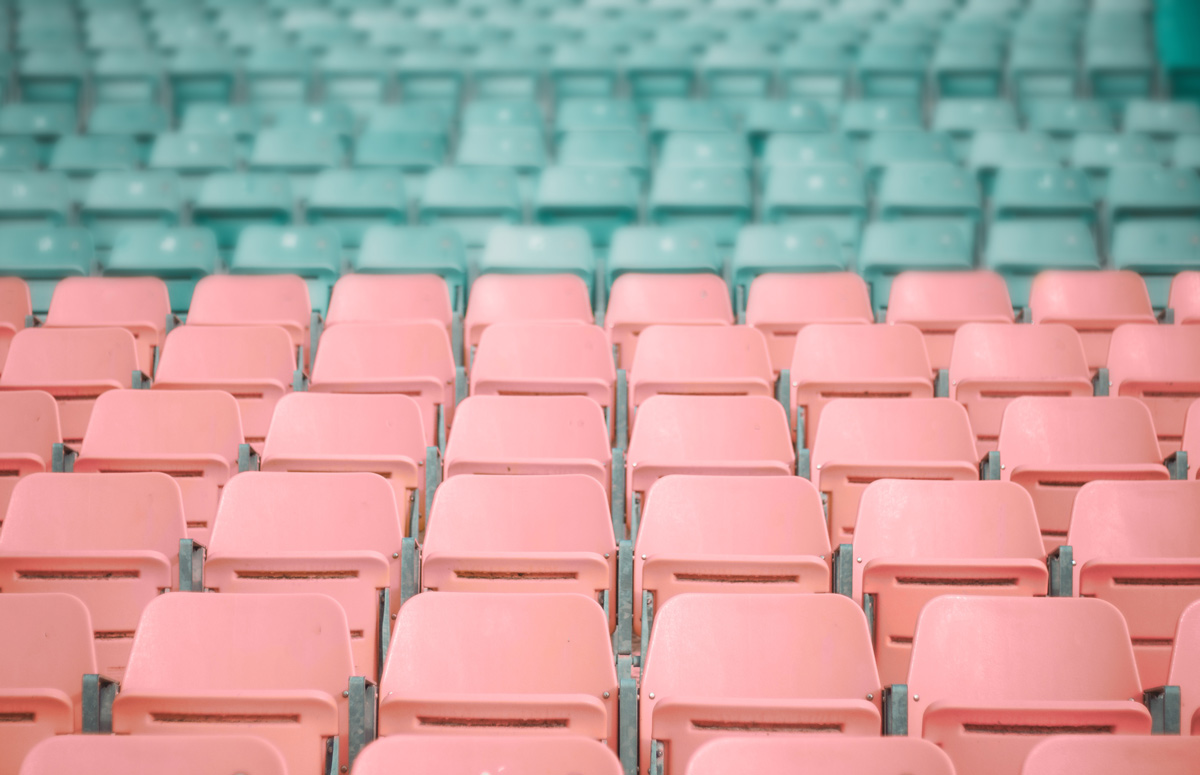 On Wednesday 20 October, former President Donald Trump announced that he will roll out his very own social media platform called TRUTH Social early next year, with a beta version launching in November. The news came as no surprise to many considering he had already been banned from several other popular social media sites such as Facebook and Twitter.

In a press release, the Trump Media and Technology Group (TMTG) said it has entered a merger with Digital World Acquisition Corp. to become a publicly listed company, with Trump as its chairman. “I am excited to send out my first TRUTH on TRUTH Social very soon. TMTG was founded with a mission to give a voice to all,” Trump said in the statement.

A link to the TRUTH Social website directs users to sign up for a waiting list or pre-order the app via the App Store. On there, screenshots of the TRUTH Social app show a user profile that bears a striking resemblance to the ones on Twitter. This isn’t the first time Trump has plotted a return to social media—his previous efforts have included an online communication tool dubbed ‘From the Desk of Donald J Trump’, which has been described by The Guardian as a “glorified blog.” The website was permanently shut down less than a month after it launched after attracting only a fraction of the audience the former president would have expected through established sites.

When it comes to TRUTH Social, Trump has also said it would “stand up to the tyranny of big tech,” accusing them of silencing opposing voices in the US. “We live in a world where the Taliban has a huge presence on Twitter, yet your favourite American President has been silenced,” he continued, implicitly telling the world exactly what to expect from his latest venture: yet another ‘anti-censorship’, ‘free speech’ social media platform.

And since everyone seems to worry about what the future holds for this new social media—understandably so—we took it upon ourselves to try and predict what lies ahead. How? Well, easy, by looking at previous examples of platforms that claimed to exist for basically the same reasons Trump mentioned earlier—the absolute need to maintain standards of free speech. There was one in particular we simply couldn’t ignore in our research. Enter Jordan Peterson’s infamous Thinkspot.

“Jordan Peterson is now a household name,” wrote Sanjana Varghese for Screen Shot after the right-wing professor announced what he had in mind for his social media platform. “He’s known as a psychologist at the University of Toronto, a best-selling author, and, more specifically, as a representative of the free speech movement. His writing and lectures around his book, 12 Rules for Life: An Antidote to Chaos, have made him into somewhat of a celebrity among many different internet communities, particularly among young men who feel that they’re being censored elsewhere,” Varghese continued.

At the time, just like we’ve seen with Trump, it was unsurprising that Peterson had decided to create his own explicitly free speech-focused social network. Thinkspot functioned through a subscription-based model so that people who posted on the website could monetise their content (much like YouTubers, Instagram influencers and OnlyFans content creators). There also was a minimum word length of 50 words for comments.

“Before the platform was even live, Peterson confirmed that popular alt-right personalities like YouTuber Carl Benjamin, who ran for a position as an MP for the UKIP party, and Dave Rubin, who also hosts a popular show on YouTube, were on board to be beta testers for the website,” Varghese emphasised at the time. The only way for users to be banned, blocked or have their content removed on Thinkspot, was if a court deemed it necessary because of its illegal content.

Thinkspot was bound to be an anarchic place, just like other free speech (read alt-right) social media like Parler or Voat, but did that also mean it would end up failing? Yep. Although its website is still accessible, by May 2021, the free speech platform that was initially supposed to rival Patreon and Twitter had not developed a significant following, as reported by Right Wing Watch. Thinkspot proved to be inconsequential and uninspiring—lessons that Trump and his team didn’t stop to think about prior to announcing TRUTH Social.

In the case of Parler—which was initially blacklisted for the proliferation of election-related misinformation and call for violence in ties with the Capitol riots and later came under heavy scrutiny after GPS data proved that some members of the platform had breached the Capitol themselves—its return proved to be far from a triumph. “Within hours of its relaunch, the site was inaccessible to many. Taking forever to load on computers and giving up on mobiles altogether, the site now seems to have lost its appeal to users who claim to have moved onto platforms like Telegram, Gab and MeWe,” wrote Malavika Pradeep for Screen Shot in February 2021.

As for Voat, the alternative social network once described as the “alt-right Reddit” shut down on 25 December 2020 due to a key investor backing out at the last minute. However, it seems to have been resurrected under a different domain, clinging on to its life but slowly decaying nonetheless.

Over to Trump, the former President wants to create a platform that rivals Twitter or Facebook, but that won’t happen—by its very nature, the platform is already overtly politicised. “It is not going to be a talking shop of ideas like Twitter, or a place the whole family is on like Facebook,” further noted the BBC. It’s obvious why Trump wants to compete with Big Tech: he clearly wants his megaphone back and thinks TRUTH Social might be his golden ticket. But if he really wants to be heard, he needs the Big Tech platforms to let him back on—and let’s be honest here, that’s not going to happen anytime soon.

As case studies involving large social media companies and free speech have shown, things can move quickly if there’s enough media attention (and that’s already the case for TRUTH Social). However, while simply being able to post inflammatory or offensive messages on a public messaging board is enough to attract internet users with similar views, it never comes without a cost. If TRUTH Social actually launches as a no-holds-barred platform, it’s only a matter of time before it crashes and burns. Just ask Peterson what he thinks… 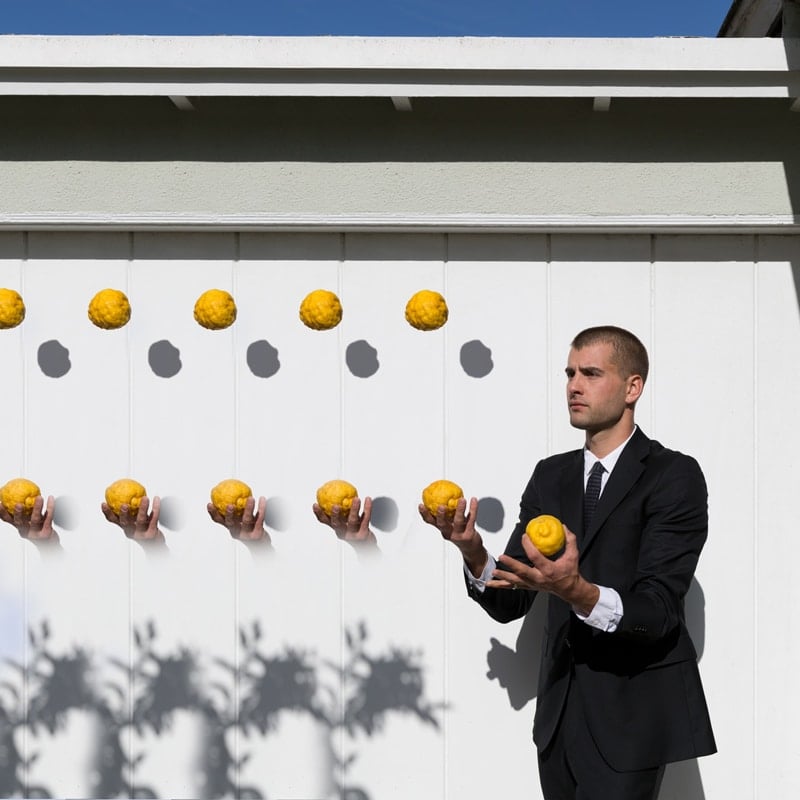 What is Thinkspot? Everything you need to know about Jordan Peterson’s anti-censorship social media

Jordan Peterson is now a household name. He’s known as a psychologist at the University of Toronto, a best-selling author, and, more specifically, as a representative of the free speech movement. His writing and lectures around his book, 12 Rules for Life: An Antidote to Chaos, have made him into somewhat of a celebrity among many different internet communities, particularly among young men who feel that they’re being censored elsewhere. It’s perhaps unsurprising then that he has now created his own explicitly free speech-focused social network called thinkspot. With the platform now live, it’s important we look at the idea behind it. Is an anti-censorship social media network a good idea?

Thinkspot functions through a subscription-based model so that people who are posting on the website can monetise their content (much like Youtubers, Instagram influencers and OnlyFans users). There also is a minimum word length for comments (50 words), so that people can’t post insults that easily, and actually have to give some thought to the things that they write (an idea that sounds full of promise but probably only means people have to be more creative with the way they insult others). Before the platform was even live, Peterson confirmed that popular alt-right personalities like YouTuber Carl Benjamin, who ran for a position as an MP for the UKIP party, and Dave Rubin, who also hosts a popular show on YouTube, were on board to be beta testers for the website. On thinkspot, the only way for someone to be asked to leave the website or have their content removed is if a court deemed it necessary because of illegal content.

The platform, subtly presented as an alternative social media platform for the alt-right where the terms and conditions are dictated by the absolute need to maintain standards of free speech, came against the backdrop of what conservative thinkers and the alt-right had been saying about the censorship of right-wing views. Despite this allegation of bias, Senate Republicans held a hearing around this very topic where they introduced a bill to make sure that social media companies removed content in a “politically neutral” manner, whatever that means.

Many on the right, whether they’re based in the US, on Facebook, YouTube, or Twitter, have long since alleged that these social media companies have a bias against conservative viewpoints. They point out the example of Steven Crowder, a YouTube personality who had his channel demonetised after mocking Vox journalist Carlos Maza, using homophobic slurs against him and inciting his audience to follow suit. It’s worth pointing out that Crowder’s account still remains active, although he can’t make any money from it.

That’s why Peterson offered to create this ‘haven’ as an antidote to what he and his followers call censorship, but there were a couple of issues he has yet to address. For example, Peterson wanted the site to rely on an upvoting or downvoting system, something similar to Reddit’s system of approval and moderation, which is community-based. In practice, this could simply mean that any view that doesn’t fit within the consensus among thinkspot users will be downvoted. It’s unlikely that progressives have been signing up in droves to this platform, given its guidelines, as well as the demographics of Peterson’s ‘fanbase’. No one in their right mind would want to sign up to a website where simply pointing out you’re a woman will probably get you trolled and insulted (as long as it’s done in at least 50 words).

The idea behind thinkspot is to place an emphasis on thoughtful and respectful conversation, although the way that the site itself is really organised remains unclear. Yet, thoughtful or respectful conversation—however it’s defined—requires some sort of moderation, even on a very minute level. It potentially means that some guidelines are imposed, either algorithmically or through human intervention. For groups of people who have come to thinkspot to ‘flee censorship’, this may not be received well and it could even lead to further victim complexes, as the allegations of liberal bias against conservatives are on very thin ground.

Peterson’s free speech crusade is also, arguably, wilfully naive. Websites like 4chan, Reddit, and Voat, which have also started with similar enough principles of providing an open forum for discussion, have thriving communities that fester off hatred and have been, in some cases, directly linked to extreme violence around the world. Peterson’s own sense of importance also leads him to believe that courts won’t be paying attention to the content posted on thinkspot, nor will they be able to act fast enough.

As cases involving large social media companies and free speech have shown, things can move quickly if there’s enough media attention (and it’s likely there will be). Simply posting inflammatory or offensive messages on a public messaging board is enough to attract other people with similar views, which means that thinkspot might be the free speech platform with no holds barred that some have been waiting for, but it won’t be without a cost. We’re still waiting to see whether Jordan Peterson’s thinkspot will ever be in the spotlight.