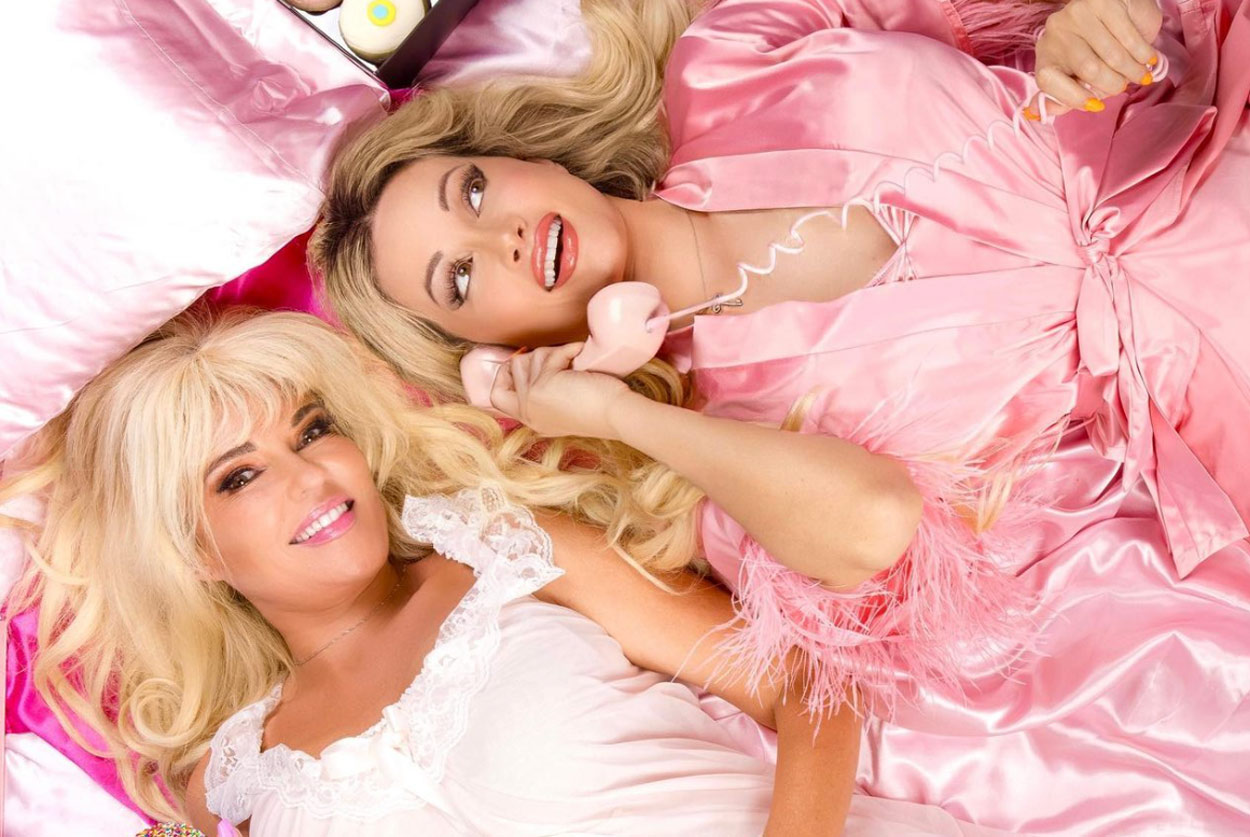 Strict curfews, allowances and isolation: The disturbing reality of living in the Playboy Mansion

Ever since the men’s lifestyle and entertainment magazine first appeared in 1953, the term ‘Playboy Bunny’ has become synonymous with sex, money and exploitation. Coined and created by the world’s most notorious womaniser and entertainment mogul, Hugh Hefner, the Playboy empire revolutionised how society in the 20th century viewed and consumed explicit content. Hefner also single-handedly puppeteered a toxic and manipulative environment wherein he profited greatly off young women for both sexual and financial gain.

Fast forward to 2022 and two former Playmates are publicly exposing some of Hef’s darkest secrets that were once kept out of the spotlight. Unbeknown to some, the Playboy legacy is far less glamorous than a black bodysuit and bunny tail.

Introducing Holly Madison and Bridget Marquardt. Both of these women were once known by the public as simply “Hef’s girlfriends”—a derogatory phrase that described a carousel of ‘live-in’ women who were confined to the perimeters of the Playboy Mansion and expected to follow very strict rules.

Madison and Marquardt both lived in the mansion for over seven years and in their recently released podcast, Girls Next Level, they described what a day in the life of a Playboy Bunny once looked like. The first episode, released 2 August 2022, introduced listeners to the duo and provided them with the inside scoop on all things Hefner.

In it, Madison explained how the pair decided to tell their stories after rewatching The Girls Next Door—a reality TV series that documented the lives of the women living in the Playboy Mansion from 2005 to 2009. The show’s intention was to capture the ‘lavish’ lifestyles of each Playmate while completely ignoring the toxicity and humiliation they also faced.

In their most recent episode, released on 29 August, Madison and Marquardt delved into some of the most restrictive and manipulative aspects of both Hefner and his household. The episode, titled Rules of the House, explored the less glamorous side of Playmate life. For both of Hef’s girlfriends, common occurrences included: having to depend on an allowance, abiding to a strict curfew and, even more importantly, existing in an environment where your personal agency, consent and opinion is no longer a priority and is disregarded.

Madison explained, “I think people picture that scene in the Fifty Shades of Grey movie where she’s sat down at a conference room table and she’s given a contract about exactly what’s expected of her and what she consents to and what she doesn’t. It was nothing like that at all with our situation. It wasn’t corporate or responsible in any way.”

For both women, their lives became increasingly unstable, particularly as they were ostracised from the outside world, making them entirely socially and financially dependent on Hefner. All of the publishing mogul’s girlfriends were also expected to perform regular sexual duties, experiences that multiple women have described as “traumatising.” From what we’ve previously heard about Hefner’s sexual habits, this isn’t particularly surprising.

Which leads us to the ‘fake crying’ incidents. The former Playmates recall times in which the now deceased businessman would summon up some phoney tears whenever he wanted to win an argument or get his way with one of the girls in the mansion. As Madison said herself in Girls Next Level, “it was such bad acting and so obvious!” Talk about extreme manipulation tactics.

What is immediately apparent throughout the pair’s revelations is not only the seedy nature of Hefner himself, but the toxic and vicious attitudes of many of the women who once were closest to him. In one instance, Madison and Marquardt mention a story involving a woman they knew as “the recruiter.”

The recruiter’s primary function was to find and invite new girls into the mansion, and as Madison described it, “I felt like this girl was being so nice to me and so welcoming, but really I was just another piece of meat for her to throw under him so she looks better and gains points with Hef.” The two women also spoke about being terrified and fearful of the ever-changing power dynamic within the mansion.

Multiple allegations of sexual assault and violence have come to light since the passing of Hefner in 2017. Most recently, a documentary released in January 2022 titled Secrets Of Playboy featured intimate interviews with over 100 individuals who had previously been connected to the Playboy sphere. Some of the most shocking allegations, as reported by Marie Claire, include beastiality, rape and forced drug consumption.

Many former Playmates are finally able to recall their experiences of trauma and isolation, without fear of facing persecution from the once renowned conglomerate.

Playboy sent the fast fashion giant a cease and desist letter demanding it removes the set from its digital shelves. According to TMZ, the bunnies of the mansion are set on suing Fashion Nova after it continued to sell the costume. If you check Fashion Nova’s website, it will become apparent that yes, the brand doesn’t seem to care much about Playboy’s threat.

The costume, which is made up of a black bodysuit, a bow-tie and collar, tuxedo cuffs, as well as a pair of bunny ears and a tail (of course), is almost identical to the original outfit Playboy Bunnies wore in the mansion while serving at the Playboy Club, albeit, the tail could definitely be fluffier.

Although Fashion Nova has so far ignored Playboy’s requests to stop selling it, the brand did change one thing. The costume’s name went from ‘Bunny of the Month’ to ‘Miss B Bunny’ and ‘Bunny Hop’ after Playboy pointed out it was extremely similar to its ‘Playmate of the Month’ trademark.

As you’ve probably guessed it by now, this is not the first time Fashion Nova is accused of ripping off someone else’s design—on the contrary, the fast fashion brand is well-known for its badly reproduced looks. Last November, Versace made moves to sue the brand after it claimed it copied its “most famous and recognisable designs,” including the iconic green jungle dress Jennifer Lopez first wore in 2000 and again in 2020, when she wore an updated version of it in an attempt to break the internet.

With legal proceedings currently underway, Playboy is set on stopping Fashion Nova from selling its copy of the Playboy Bunny costume. As much as I love seeing it, I wonder what the powerhouse intends to do about all the other fancy dress stores selling their own imitation of the costume. Hopefully not much, otherwise what will all the Regina Georges of the world wear?