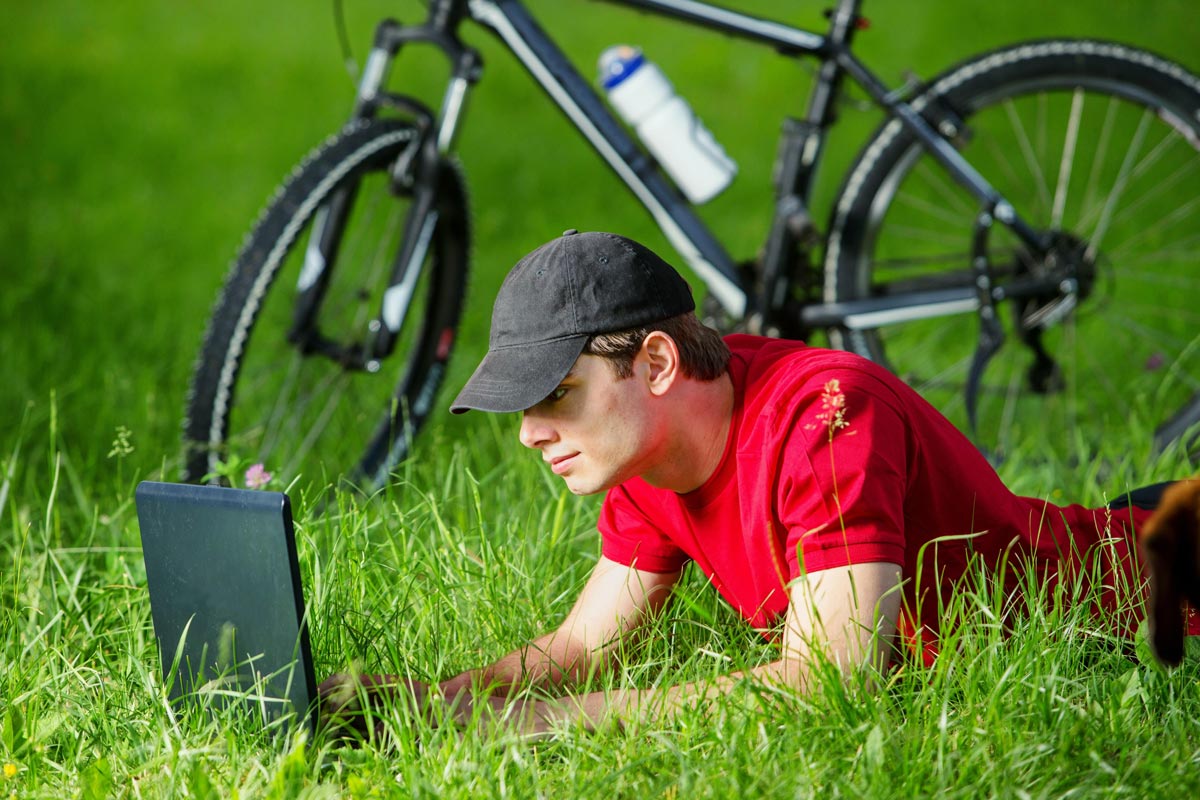 What is a simp? We explain the internet term’s meaning

If like me, you spend the majority of your day on your computer and at least a good hour of your evening scrolling through TikTok, then chances are you’ve come across the term ‘simp’. Unlike other internet words like egirl and eboy, simp has a mostly pejorative connotation to it—think of it as a cousin to the incelism branch.

So what is a simp exactly? If you’re still somewhat confused about the term and when to use it, here’s everything you need to know about its meaning and where it comes from.

What is a simp?

While many think that, just like LOL, OMG and LMFAO, simp is an abbreviation which stands for ‘Sucker Idolising Mediocre Pussy’, the word’s meaning is far less researched. Historically, the word is a shortened form of ‘simpleton’, which is used to qualify an idiot. Although simpleton is a pretty tame insult by today’s standards, being called a simp has taken on a new meaning.

If you look it up on Google, you’ll see that Urban Dictionary defines it as “someone who does way too much for a person they like,” and someone “who will say anything to please someone, particularly a girl, in the hopes that they will be in good favour with that person.”

This ‘someone’ mentioned above seems to be a heterosexual man in almost every case. On TikTok, users will call a person a simp when they deem that they will foolishly overvalue and do anything for a woman, putting her on a pedestal in order to please her.

This could almost sound like the definition of someone being romantic and in love—someone truly valuing someone else—however, the phrase simping is usually associated with begging or grovelling. In other words, a simp is the ‘nice guy’ of the gen Zers.

Where does the term come from?

While simp has a whole new definition now, it is important that we look at where the term first came from in order to truly understand its meaning. Just like many other internet slang and cultures, the word started as a TikTok challenge.

From there, the whole TikTok trend started, which spread out to other platforms such as Twitter and Instagram in meme formats.

Now, gen Zers are all simpin. They’re either calling each other simps and fully accepting this new lifestyle or rooting against it.

Long before it was adopted by TikTok, the word was a fixture in black culture for years, most notably on the song ‘Sippin’ On Some Syrup’ by Three 6 Mafia, which was released in 2000 and opens with the line, “I’m trill working the wheel, a pimp, not a simp. Keep the dope fiends higher than the Goodyear Blimp.”

In this context, simp is used as the opposite of a pimp. More recently, Megan Thee Stallion used the term simp in the same way in her hit song ‘Cash Shit’: “Bitch, I do pimp shit, huh. Ho, you on simp shit, ay.”

As mentioned previously, the word simp is the modern version of what millennials know as the ‘nice guy’. Someone who, instead of attempting to attract a member of the opposite sex by being interesting or simply just themselves, they focus on being controlling. There is definitely something to be said about men who believe being a nice guy will get them laid or believing that women owe them sexual favours for not treating them like shit.

Simps, just like nice guys, use niceness to lull their victims into a false sense of security, hoping to gain romantic leverage later in time. While the definition of simp remains basic and heteronormative, the genders used for this should be seen as interchangeable.

Although the challenge involves a disproportionately high percentage of men, TikTok has also a number of Simp Nation videos featuring women. But the masculine majority of people being defined by the term will remind more than one about incelism. Are both things the same?

Are simps and incels the same?

Incels, also known as involuntary celibates, are members of an online subculture who define themselves as ‘perpetually single’ or ‘dating shy’ and therefore “unable to find a romantic or sexual partner despite desiring one”, a state they describe as ‘inceldom’. These men believe that sex should be granted to them if they are polite, friendly and complimentary. While this is obviously not the case, incelism has been growing online as a misogynistic movement for years now.

Both simps and incels act one way, while their true intentions suggest the same ulterior motive: sex. So yes, in a way, simps are like a watered-down version of incels. Social anxiety, depression and a lack of self-esteem are issues that both simps and incels deal with, which can explain (but not condone) their toxic views on human relationships.

TikTok challenge or not, simps are lonely people who should try to find respectful love instead of being stuck in a perpetual loop of anger. What do you say, is it already time we cancel the term simp?

The ‘Hiiii’ girl versus the ‘Bruh’ girl: what’s wrong with that new TikTok trend?

If, like me, you spend a worrying amount of time on TikTok and Instagram, you must have seen the ‘Hiiii’ vs ‘Bruh’ videos going around. For those who haven’t—this is a recent trend where new gens on the internet compare ‘girly’ girls with ‘tomboy’ ones. Here’s why this new trend stinks of internalised misogyny.

The ‘Hiiii’ girl (also known as the ‘🥺’ girl) typically embodies conventional traits that have been long associated with traditional ‘girliness’, such as liking the colour pink, makeup and clothes—characteristics that are not representative of any gender, and yet here we are again. She is fragile, cordial, and gentle (notice how these qualities are frustratingly archetypal to the patriarchal expectations imposed on women). The ‘Bruh’ girl, on the contrary, is more of a tomboy—she likes sports and video games, she is ‘low maintenance’ and has a quirky sense of humour. She is ‘one of the lads’, but with a vagina.

This trend initially started off as a fun way to compare different hobbies and personalities, which allowed TikTokers to relate to strangers online and create a greater sense of community on the video-sharing platform. But because this is the internet, it was soon taken wildly out of context, as users on TikTok started pitting the two types of women against each other, portraying ‘Bruh’ girls as superior, because they do not engage with any traditionally ‘feminine’ hobbies or activities, and are ‘not like other girls’.

Each of these tropes limits female complexity and uniqueness as it unintentionally portrays both the ‘Hiiii’ girl and the ‘Bruh’ girl as one-dimensional persons. Newsflash: you can be a female athlete who is also amazing at makeup. You can be an aspiring professional gamer and still be pursuing a career in fashion at the same time. You don’t need to select one main category. You don’t even have to identify as female to enjoy or do any of these things. Skills and hobbies are not exclusive to the gender binary, times have thankfully changed—we should do what we can to keep it that way.

So, why are we shaming teenage girls for their hobbies in 2020? The issue with people’s dislike of ‘Hiiii’ girls is that it is deeply rooted in internalised sexism and misogyny. It inaccurately portrays traditionally ‘feminine’ girls as tedious, passive, and superficial, without even taking into account that femininity is pushed onto women from a young age. It also makes an attempt in presenting traditionally masculine hobbies as superior.

Many argue that the entire trend exists as an attempt to gain validation from men, and there are a lot of comparisons that can be drawn between the gen Z ‘Bruh’ girls trope and the millennial ‘Pick me’ girls. ‘Pick me’ girls are described as women who try to distinguish themselves from other women, or pretend to not get offended by sexist things in order to appeal to men—the same girls who say they prefer to hang out with men because they represent “less drama.” Ironically in this new situation, it is the ‘Hiiii’ girls that are being ridiculed for seeking validation from men. Even self-proclaimed ‘Bruh’ girls are turning against other self-proclaimed ‘Bruh’ girls by branding them as fake.

For a generation that is considered as the most progressive, this trend doesn’t seem to reflect that, it certainly is odd how popularised it has become among teenagers. How can we judge women for internalised misogyny and sexism, if we ourselves as a society continuously impose these onto them? Teenage girls are constantly labelled and categorised into boxes: we call girls basic bitches (commonly referred to as VSCO girls among gen Zers), there are egirls, indie girls, ‘alternative’ girls, Instagram ‘baddies’—you name it, we categorise it. And while internet subcultures are great most of the time, there is no need to put any of them against each other.

Here’s the thing: it is impossible for anyone to just be one thing. Humans are well-rounded individuals with unique feelings, personality traits and hobbies. None of these are exclusive to sex or gender identity. And while this is just a silly TikTok trend, let’s remind teenage girls that they are not each other’s competition. After all, we’ve all been there and I can imagine none of us want the new gen to go through the same toxic scrutiny.