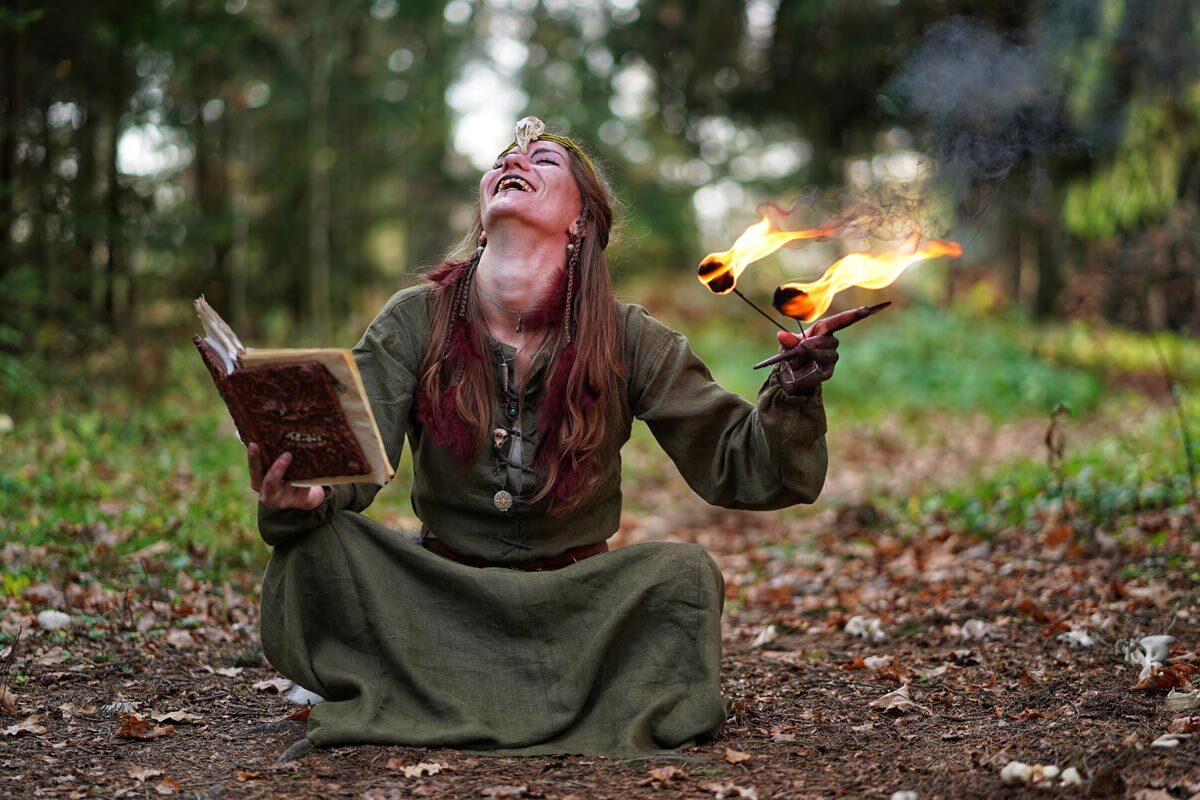 It’s a misty morning somewhere in the depths of Snowdonia National Park. A man, dressed in full chainmail armour emerges from his tent, pulling his sword from its sheath as his eyes dart across the valley. No, this isn’t the filming of a Game of Thrones set—this is modern-day. Well, not the ‘modern’ day but pre-pandemic 2019. Yes, you can really enact your deepest fantasies and literally live in dungeons and dragons in real life. It’s called LARPing, or live action role-playing, and has an international community in the thousands.

Now, I have to admit, this is a huge generalisation. In fact, coming into this with limited knowledge of LARPing, I made that mistake at first. However, when digging my teeth into this community, which is often misunderstood and stigmatised by the media, I’ve learnt how diverse live action role-playing can be. Despite what some articles online might lead you to believe, LARPing isn’t a rare gathering of nerds or social rejects emerging from the confines of their bedroom. It’s a community: people are coming together with a shared interest, creating characters, acting out various fictional scenarios in real life and not giving a damn what outsiders think. But what draws people to LARP? I’ve reached out to self-proclaimed LARPers to find the answers.

The truth is, although the internet has attempted to pin down a concrete definition, such a thing is hard to come by. Jace Hilbert from Georgia, US, who’s partial to full-weekend LARPing sessions, described live action role-playing as “a collaborative game of make-believe with a mutually agreed set of rules. While the most popular genre is medieval fantasy, you’ll find that they’re as varied as sports. The rulesets can be as different as ping pong and football.”

So in truth, it’s the same as trying to describe what ‘sport’ is. Sure, you can come up with a general definition but it’s never going to tick all the boxes. As Marcell Benevento, director for Blue Heron Productions, a LARP Company, explains, “There’s a wide variety of types, from things like Vampire the Masquerade where you don’t physically enter combat to games like Unconquered Lands where you’re fighting with foam weapons.”

In fact, a user on Reddit told me that the international activity is divided depending on the region and reflects the culture of the country where the LARPing is taking place. For instance, European LARPing events are generally practical reenactments of events, whereas American LARPs resemble more of a player versus player (PvP) with a focus on combat—which is quite ironic really, given the US’ stance on gun laws and relaxed approach to weaponry. Latin LARPs, on the other hand, tend to be political and social-based, often taking place indoors.

So, who actually LARPs?

Similar to sports, you can make generalisations about the individuals who participate in them—like ‘all skateboarders smoke weed’ or ‘all dart players drink pints’. But these are just generalisations and pinning down what kind of person engages in live action role-playing is near impossible. As Hilbert explains, “There are the creatives, the athletic, the social rejects, the charismatic, the talented, and most folk who attend are some sort of mixture.”

“LARPers generally form very tight bonds with their new social group, but I see this as no different for any other niche hobby; it’s hard to find other LARPers so they tend to grab as tight as they can when they find each other,” he continues.

Although few and far between, Benevento highlights that “there are genuinely bad people in LARP that use power structures to take advantage of others and use the community to fill their ego—coupled with the fact that people who lack social cues or don’t fit well into a societal mould seek haven in LARP.”

Alexander Faria, who’s been LARPing for over 20 years, somewhat agrees. He warns that although he’s “met lifelong friends through LARP,” in his experience, the hobby is also heavily male-dominated, especially in administration and higher-level positions. He continues, “I’ve heard of people who have been sexually assaulted by someone they met through LARPing or even at a LARP event.”

Although I’m sure these instances are rare, it’s an important issue to address. Faria adds that “normally, the community is very supportive and friendly and inclusive. But there are also a lot of entrenched ‘old boys club-style’ players who are not good for the community and only to each other. The fewer safeguards an organization has, the worse they are.”

But does this really justify the stigmatisation LARPers face from outsiders—often perpetrated by the media, hungry for a clickable headline but with little interest in exploring the community? In short, the answer is no.

Benevento adds, “Like all hobbies, there’s the good and the bad that come with LARP. I don’t have problems with the former being demonized in movies, but the fact that we villainize and use the latter as a joke is poor taste and bullying.”

In fact, the LARPing community can be a welcoming space for people to build meaningful friendships, as Hilbert explains. “Larping has had such a welcoming and open community. It’s helped me grow and learn so much about myself. My LARP friends were actually the first people I came out to when I came out as non-binary.”

So, if you’re ‘nerdily’ inclined like me—although that’s really just a label by society—you might be tempted to hit up that local LARPer’s living room, park or castle and get started. And I’d say go for it. Just prepared though, if you’re in America, to be smacked a few times with a foam sword. 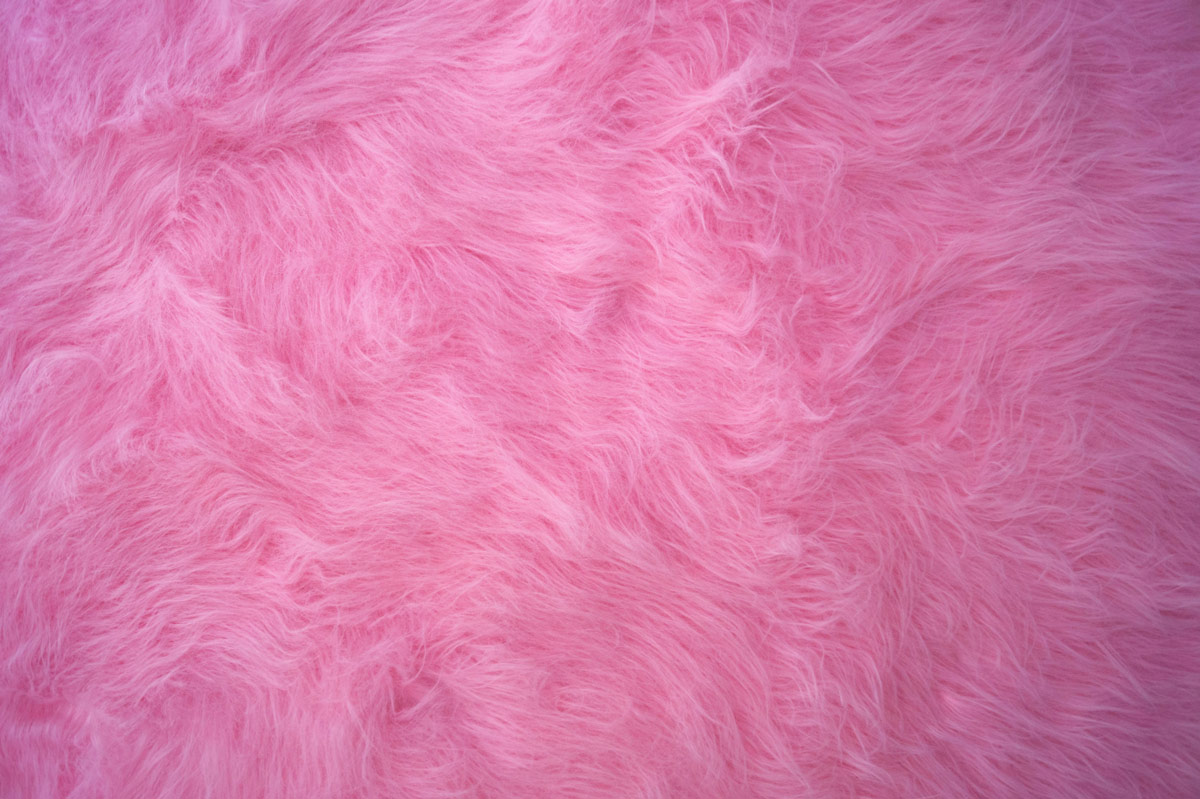 What is furry art exactly and what’s the hype about? Here’s everything you need to know

What is furry art?

The term ‘yiffing’ apparently originally refers to the mating sound that foxes make. A definition via Urban Dictionary suggests that it’s “generally harmless and completely unrelated to zoophilia.” Some believe that their community is completely misunderstood and thus, stigmatised. It is because of the sometimes negative or sexual connotations of the term ‘furry’ that some artists like to refer to by a different name—’anthro art’. Its definition within the subculture continues to be a polarising issue.

Furry art is a wide-ranging subculture; within it there is a multitude of variations (some of which are listed above). The most known and common expression of furry art is typically referred to as ‘humanoid’ artwork. Wikifur defines a humanoid furry as “a character with basically a human body […] [they] are upright-walking characters with animal heads, fur, tails, and sometimes paws or claws.”

Some in the community argue that this is a requirement for a character to be referred to as a furry. Examples I found that would fall under this category are characters like Goofy, Mickey Mouse, Lola Bunny (from Space Jam) and more recently, Judy Hopps from the 2016 Disney film Zootopia.

Art that doesn’t depict humanoid bodies—for example, characters that have animal bodies and walk on all fours—are often described as ‘non-anthro.’ Examples would include characters in films like The Lion King, Ratatouille, Bambi and more. The parameters behind these definitions are still debated among the furry community. Many would disagree about the examples I have given myself. Wikifur writes, “Others favour a more exclusive definition, arguing that only those images and media created by individuals who operate within the social boundaries of the furry fandom and whose output is distributed primarily inside of the fandom’s channels should be considered to be furry art.” Mainstream movie versions may not count. These furries really care about their definitions but who are they?

A furry (or plural furries) is a term that is used to describe the fandom behind furry art. In an article about the furry community, Vox writes that the term “encompasses a wide spectrum from people who are simply fans of TV shows and video games featuring anthropomorphic animal characters (like Sonic the Hedgehog or Pokémon), to people who develop a highly specific furry character (‘fursona’) they identify with, to ‘otherkin’ who see themselves as not fully human on a spiritual or mental level.” Furries’ love for their artwork goes beyond being two-dimensional; a minority participate in dressing up in ‘anthro’ animal costumes—with some places having their own conventions.

Let’s have a look at the other types of furries Vox mentions. A fursona, I have discovered, is a combination of the words ‘furry’ and ‘persona’; it refers to an avatar, alter-ego furry character (usually a fictitious or mythical animal) that a furry may use as their online identity. A VICE article goes into more detail about ‘otherkins’ and their own community, “Otherkins are people who identify as partially or entirely nonhuman. A dragon, a lion, a fox—you name it—there is probably someone out there who feels like they are more these things than they are human. [They] can be found lurking on Reddit […] and other online forums.” As you can see even within furries themselves lies a multitude of various subcultures. It is an extremely passionate and diverse community.

This is a very debated question and there still doesn’t appear to be a straight answer. There are a number of sites that are dedicated to more ‘adult’ versions of furry art but also ones that are simply for art. Courtney “Nuka” Plante, PhD, a professor of psychology and co-founder of Furscience conducted a study where he found that “Furries were also most likely to report an interest in sex (e.g. pornographic content) as a motivator of fandom participation relative to other groups.”