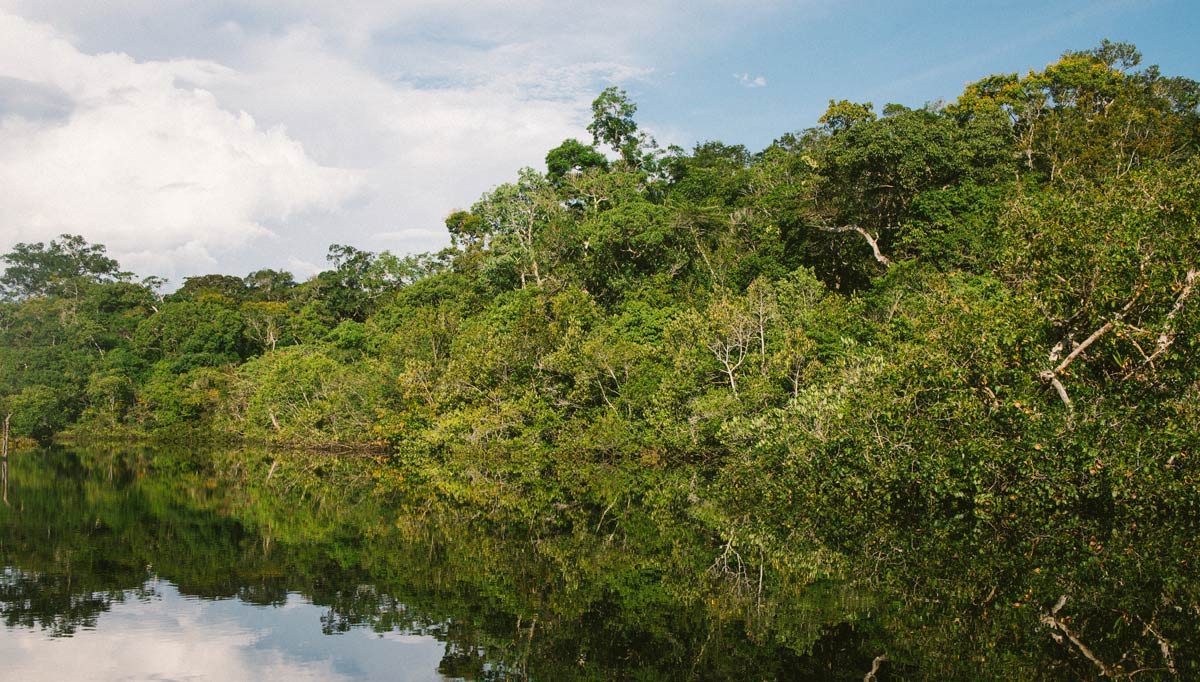 The investigation revealed parts of Brazil’s Amazon rainforest being traded via Facebook’s classified ads service with listings as large as 1,000 football pitches. These plots can be found on Facebook Marketplace by typing in Portugese words for search terms like ‘forest’, ‘native jungle’ and ‘timber’ and picking one of the Amazonian states as the location. Some of these listings even feature satellite images and GPS co-ordinates.

Land traded includes those protected as national forests and reserves for Brazil’s indigenous communities. A common strategy used by invaders here is to first illegally deforest the plot, then plead with politicians to abolish its protected status on the basis that it no longer serves its original purpose. Once the protected status is lost, these land grabbers can then buy the plots from the government, thereby legalising their claims.

Fabricio Guimarães, a seller secretly filmed by BBC, admitted to having cleared a patch of rainforest to list it as farmland for a price of £25,000 on the platform. “There’s no risk of an inspection by state agents here,” he told the undercover agents, viewing the rainforest as an investment opportunity.

BBC further reports an influx of these ads from Rondônia, the most deforested state in Brazil’s rainforest region. With Ricardo Salles, Brazil’s environment minister, himself admitting to the lack of law enforcements due to the pandemic, indigenous communities within Rondônia have been forced to set up patrol teams to catch these invaders themselves.

However, plots from inside the Uru Eu Wau Wau, an indigenous reserve home to more than 200 people, were seen listed on Facebook for about £16,400 in local currency. “This is a lack of respect,” said Bitaté, leader of the community. “I don’t know these people. I think their objective is to deforest the indigenous land, to deforest what is standing. To deforest our lives, you could say.” He urged the authorities to intervene and Facebook to take action of its own.

When the broadcasting service reached out to Facebook with its findings, the tech giant said that it was “ready to work with local authorities,” admitting that it would not take action of its own to halt the trade in the meantime. Facebook further claims that its efforts in deducing illegal sales would be too complex a task to carry out and should be left to the local judiciary and authorities. However, indigenous groups and environmental campaigners do not believe in the possibility of government intervention.

Though Salles quoted the government’s initiative to control illegal deforestation and fires through what is known as operation Verde Brasil 2, federal prosecutor Raphael Bevilaquia, based in Rondônia said that the situation has worsened under the current government. “The situation is really desperate. The executive power is playing against us. It’s disheartening,” he told the BBC. Facebook does not seem to address the issue seriously enough to warrant halting all Marketplace land sales across the rainforest either.

The Amazon rainforest makes up nearly a third of all tropical rainforests left on Earth. Attempts to stop its destruction have fallen short despite the urgency of the matter. Although solutions like demarcation, a federal process wherein indigenous territories are identified and studied to mark off boundaries, are proposed to counter the issue, all efforts seem to be in vain as we sit counting down the next 43 years left on the charts. 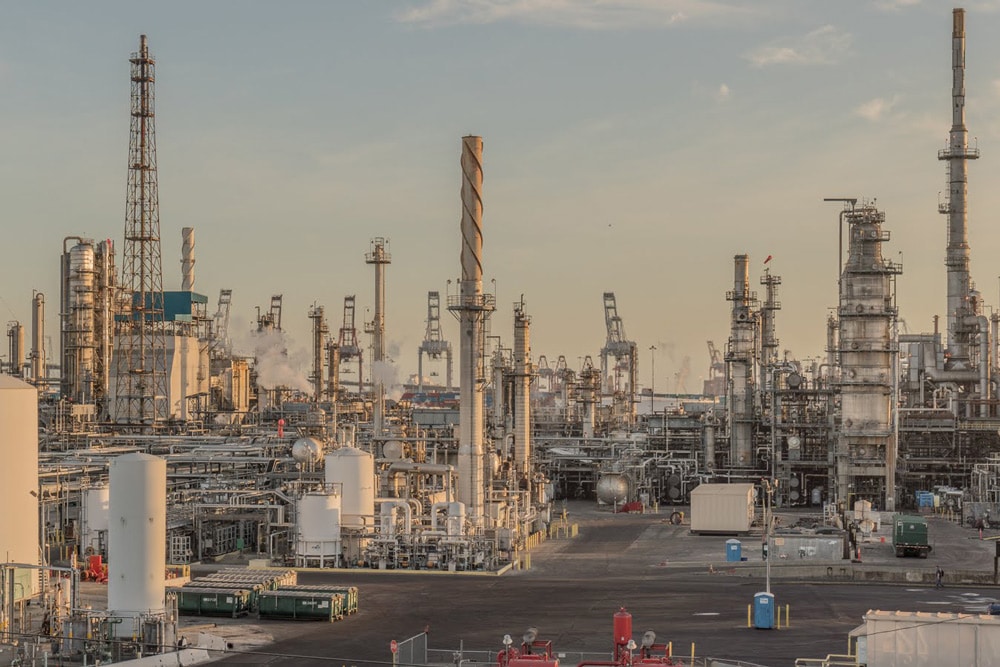 The Amazon is on fire, our Instagram feeds will bury #PrayForAmazonia in 2 days

Over the past few days, the internet has been swarming with reports about the record-breaking volume of wildfires raging across the Amazon in Brazil. News of the inferno gained even more steam after eerie photos and videos began to appear on social media on Monday, as plumes of smoke from the fires were carried by winds to São Paulo and caused a mid-day blackout in Brazil’s largest city. Now, from Madonna to my aunt, nearly everyone is posting about the scale and global relevance of the disaster in the Amazonia—a disaster that was sparked long before such posts began to appear and will presumably last long after they’re buried under the rubble of our feeds.

As the tragedy in the Amazon unfolds, we should take a moment to consider our response to it, particularly through the lens of social media.

According to Brazil’s National Institute for Space Research (Inpe), since the beginning of the year, 72,843 wildfires were detected in the Amazon, this constitutes an 83 percent increase compared to the same period in 2018. Since last Thursday, the agency observed more than 9,500 fires in the region.

In São Paulo, skies turned completely dark at around 3pm on Monday, August 19, as smoke from the Amazon fires traveled nearly 2,000 miles and hovered over the city for several hours.

While in some cases it is natural causes that spark the fires, a great many of them result from human activity—either accidental or intentional torches in order to clear land for mining and farming. Many have pointed a blaming finger at Brazil’s far-right president, Jair Bolsonaro, who since his election in January has repeatedly echoed anti-environmental sentiments and bluntly encouraged the razing and mining of the rainforest. Bolsonaro’s regime has enacted numerous policies favouring development in the Amazon and refused to uphold penalties previously used against those who engaged in illegal mining and deforestation. Scientists confirm that since Bolsonaro was sworn in, the Amazon has been suffering loses at an alarming rate.

The destruction of the Amazon will have catastrophic implications on both local and global climate, and would drastically reduce our chances of successfully tackling the climate crisis. So it doesn’t come as a surprise that the recent flood of information has fuelled people across the globe to raise their voice against Bolsonaro’s disastrous policies and dereliction of his duty to protect the world’s most precious rainforest. But is blasting hashtags on social media the way to do so? Is it enough to #PrayforAmazonia?

There were several occasions recently when extensive social media campaigns were successful in galvanizing support towards a humanitarian cause. One such example was the uproar against Brunei’s gay sex death penalty and the sweeping Facebook-based donation campaign to end separation of migrant families at the southern U.S. border. In both cases, social media played an important role in bringing the issues to people’s attention and, to a certain extent, contributed towards a resolution.

But the inherent problem with hashtag-rich social media-based activism is that, in the vast majority of cases, they end up being a transient fad. Brunei’s LGBTQ community is still severely oppressed, migrant families are still being separated and detained under abhorrent conditions at the border, and the Amazon will, most likely, continue to be ravaged by developers and be stripped of protections by Brazil’s government once we are done Tweeting and posting.

There are numerous actions we can take to resist the destruction of the Amazon that go beyond hurling our short-lived panic over the issue on social media. One simple yet crucial step would be to reduce our intake of beef, considering that cattle ranching is currently responsible for roughly 80 percent of the Amazon’s deforestation. Creating a shortage of demand could potentially put a serious dent in the ranching industry and, over time, slow down its expansion.

Catastrophes like the burning of the Amazon or climate change or the war against migrants often seem too large to grapple with, and it’s understandable why social media may seem like the only possible recourse at our disposal. But if we want to do more than give ourselves a virtual pat on the shoulder and actually drive change, we ought to take our action one step further. The first place we must look to as we do that is our own backyard—thinking what is it about our lifestyle that contributes to the overall problem and should therefore be challenged.