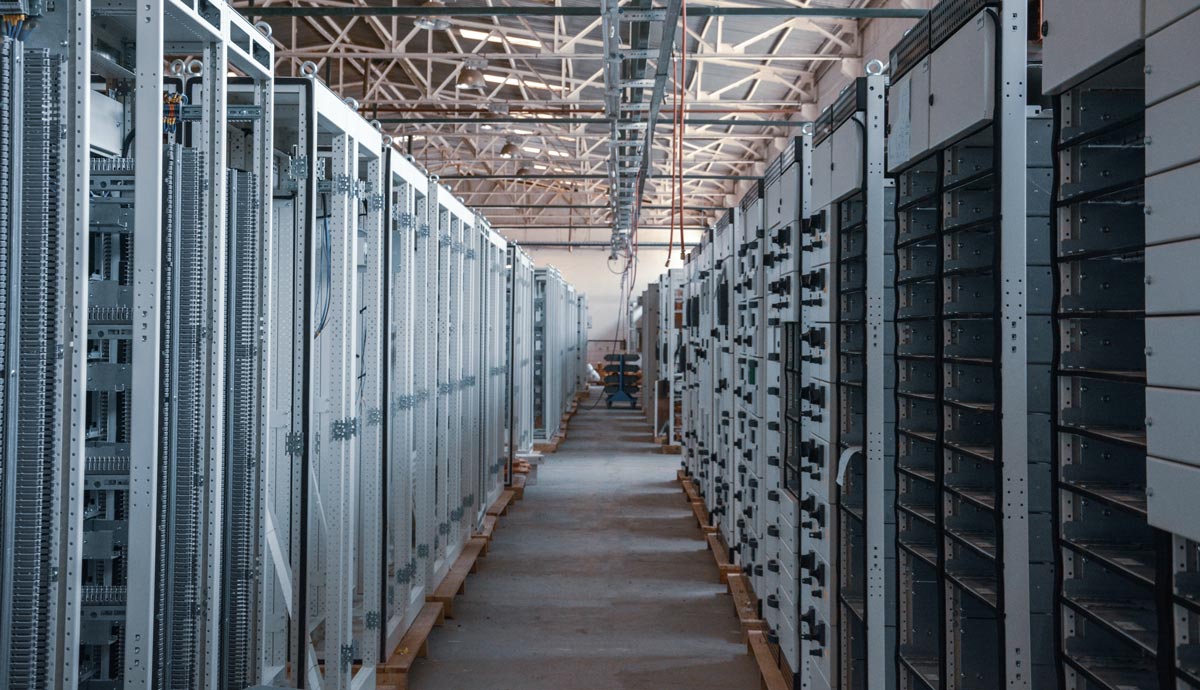 Cryptocurrency is destroying our planet. Can it be stopped?

Let’s play a game: what do you reckon the energy Bitcoin mining requires is equivalent to in only a year? London’s yearly energy consumption? Higher. The Netherlands’? Higher. Okay, how about Argentina’s? Higher. The energy used to mine and distribute Bitcoin consumes 121.36 Terawatt-hour (TWh) per year. That’s above the entirety of Argentina, 121 TWh per year—and it’s catching up with Norway too, which consumes 122.20 TWh per year.

If that’s boggled your mind, trust me, it took me a while to get my head around it too. In simpler terms, the energy Bitcoin uses could power every single kettle in the UK for 27 years. Imagine that, if every single British household came together to make a cup of tea, it would take 27 years to use the same amount of energy that an intangible cryptocurrency uses in a single year.

If that hasn’t got my point across enough, let’s use another example: one Bitcoin transaction is equivalent to the carbon footprint of 735,121 Visa transactions, or to put it in ‘broke’ gen Z terms, 55,280 hours of watching YouTube. This is according to Digiconimist, which created the Bitcoin Energy Consumption Index—a fascinating graph that tracks the energy usage of Bitcoin, which shows a spike in consumption since March 2021.

If you’ve been living under a rock for the past decade, let me briefly explain cryptocurrency for you. Of course, people have (and still are) writing books on this stuff, so a single 800-word article won’t do such a complex topic justice—but I’ll give it my best shot.

Cryptocurrency is a digital asset designed to work as a medium of exchange, similar to traditional money. However, unlike traditional cash, crypto is stored in a computerised database using cryptography to secure transactions, verify transfers and control the creation of additional coins.

Bitcoin is the poster child of cryptocurrency. It was invented in 2008 by an unknown person, or group of people, in Japan who use the name Satoshi Nakamoto—I know, it sounds like the start of a fictional drama. Despite its elusive origins, the decentralised currency that works on a peer-to-peer network without the need of intermediaries or a central bank has become the cryptocurrency of choice for most worldwide.

Bitcoin is created as a reward for a process known as mining, which is partly responsible for why it’s so energy demanding. Forget shovels and pickaxes though—think of Bitcoin mining as telling computers to solve mathematical puzzles, which are getting increasingly complex. Although over the last decade, several different cryptocurrencies have popped up, from Dogecoin to Trumpcoin—we’ll stick with Bitcoin for this example.

The Bitcoin boom has caused a digital gold rush, with thousands of Bitcoin farms popping across the globe, often in huge warehouses packed with computers running across the clock, like this one in Iceland. If you’re loaded, bored of not recycling plastics and want to screw up the environment even more than it already is, you can purchase a Bitcoin farm yourself, with a modest starter pack priced just shy of £50,000.

“As the resource intensity of running Bitcoin has increased over recent years, it has become a serious concern for its potential impact on health and climate,” data scientist Alex de Vries warned in the Energy Research & Social Science journal. And it’s only getting worse. David Gerard, the author of Attack of the 50 Foot Blockchain, warned “Bitcoin is literally anti-efficient. More effective mining hardware won’t help—it’ll just be competing against other efficient mining hardware. Bitcoin’s energy use, and hence its CO2 production, only spirals outwards.”

Why do we humans have to be so self-destructive? I can’t write a climate change piece without using the word ‘spiral’, which is quite depressing. Bitcoin’s carbon problem hasn’t slowed its price either—which is up about $8,000 from last year, clocking at around $50,000 per token. Luckily, we have a wealth of climate-focused companies and philanthropists with the means, and will, to save us from ourselves, right?

Wrong. Despite the fact it’s evidently clear cryptocurrencies are messing up our planet, Bitcoin has still pricked the ears who claim to care about our environment. The price of Bitcoin rose sharply in February 2021 after Tesla announced an investment into the cryptocurrency industry.

Critics such as David Gerard highlight how it contradicts the electronic car firm’s previous stance on the environment. “Elon Musk has thrown away a lot of Tesla’s good work promoting energy transition.” He told the BBC, “this is very bad, I don’t know how he can walk this back effectively.”

But there is a shred of hope. Bitcoin supporters argue that its carbon footprint is overstated—if computers mining the coin can be hooked up to renewable energy then the impact will be minimised. Supposedly, the ‘environmentally conscious’ PayPal who too has dipped its toes in the cryptocurrency pot, has stated: “more energy-efficient protocols are emerging.” Of course, if it was making a killing off Bitcoin, it would say that though.

Indeed, there are persuasive arguments that Bitcoin can actually create a positive change in the face of our doomed climate crisis. Almost two-thirds of Bitcoin mining happens in China, in regions with coal-heavy power generation, the scientific journal Joule notes. If imposed with a carbon tax, it could be an effective way of decarbonising the coal-centric economy.

Whether that’s wishful thinking though is anyone’s guess. With the blockchain, it’s hard to even place the blame. Is it the companies backing the Bitcoin? Is it Satoshi Nakamoto? Or is it all of us? I guess the answer lies in weighing up the pros and cons: I’m no economist, but the idea of a truly international currency, autonomous from any central bank has its merits, but I’d rather not see the destruction of our planet for it to happen. 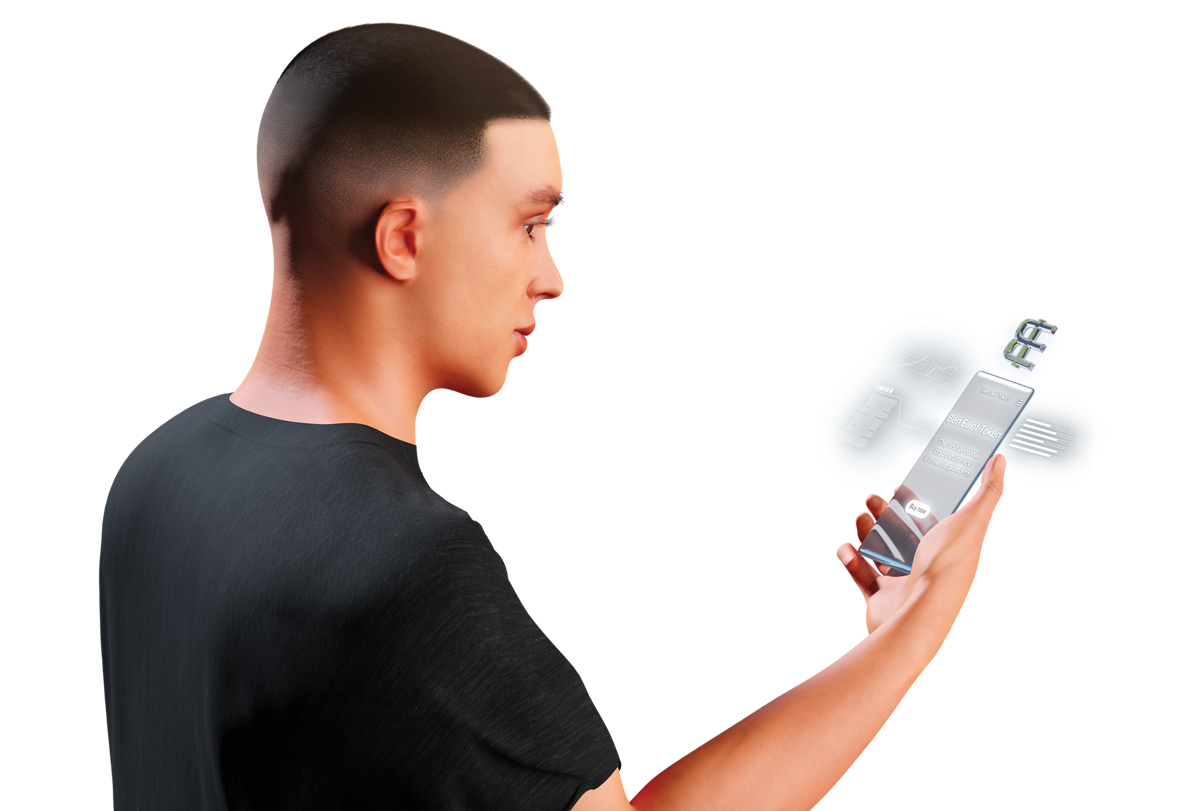 The new cryptocurrency that could change how we trade art

Artists are starting to lean towards crypto-powered fundraising, with Parisian artist Ben Elliot taking the first leap with the Ben Elliot Token (BET), which is to be launched in 2021 on the Stellar (XLM) blockchain network. The tokens are directly linked to his career evolution, meaning that the value of the tokens will presumably fluctuate according to the value of Elliot’s work. According to Elliot’s website, the BET will allow investors “to profit by trading and selling the coin in the form of virtual artworks.” Could cryptocurrency be the future of art dealership?

Elliot stated that “BET is a tangible asset that can be directly converted into artwork. As the internet and social network rise, money, business, creativity and the ways one manages them are shifting. Creatives and influencers monetising their personal content and data have now become more valuable than some traditional industries.”

First, let’s go into what a cryptocurrency actually is. To put it simply, a cryptocurrency is a digital currency. To define it, the first part of the word ‘crypto’ means ‘hidden’ or ‘secret’, which reflects the secure technology that is used to keep track of ownership and payments between users.

Cryptocurrencies exist electronically and use a peer-to-peer system—or blockchain technology, which enables the existence of cryptocurrency. There is no central bank or government to manage it. Initially, blockchain technology was invented for the best-known cryptocurrency, the Bitcoin. Ripple, Litecoin and Ethereum are a few other different types of crypto assets. If you’re looking to find out more about crypto exchanges, I recommend you check findcryptoexchange.com.

So why has Elliot decided to make this move? The artist has been known to explore new systems of emerging trends, creation of values, artificial intelligence, robotics, virtual reality, decentralised internet and, in general, innovation. He often partners with companies from contemporary industries such as tech, advanced lifestyles and entertainment to highlight the concepts and values that they carry. But the context of his work primarily focuses on blurring the lines of reality.

In his extended and ongoing series titled Unreleased Selfies, Elliot released pictures of himself that were never published on social networks printed to the size of a 5’5 smart screen. He says that “They are selfies that I originally took for my Instagram. I never published them because they were not good enough or because they were outtakes of other selfies. It is a kind of behind-the-scenes of my posts.”

Elliot also reflected on his Resin Series, and stated that it started according to two millennial principles: dematerialization; and transactional communication. As observed by NumeroArt’s editor-in-chief, “The truth of reality no longer opposes the fakeness of the virtual, the private sphere is no longer a protected domain,” which directly links to Elliot’s venturing into the crypto-realm.

In an interview with FAD magazine, Elliot was asked ‘what’s real?’. His response being, “A human concept that is slowly losing its meaning.” Art has always lived with a parallel importance to human nature, one being the reason to why art is created, and bought—art as an expression of feeling, the other being for investment purposes—art usually, if marketed and looked after properly, gains value over time. There are multiple reasons why people buy art, of course. But Elliot’s reasoning behind a realness that is losing its meaning, truly reflects our concept of value today.

Something as abstract and conceptual as the reason for art mirrors the understanding of the volatile nature that cryptocurrencies possess. It also introduces the reasoning behind Elliot’s need to launch BET, without the banks or government in control of the value of a piece of art—the artwork’s value lies in the hands of the highest bidder. Instead it will be a collective encrypted database and the creative platform could, as Elliot hopes, open up opportunities for individuals to access these online exhibition or viewing rooms, which are currently limited.

As we know, art is deemed to be broad by character, so BET plans to host physical events called the ‘new summit’, where investors will be able to discuss the trends of the internet market as a whole, the new summit will consist of exhibitions, talks, screenings featuring cultural innovations, also artificial intelligence and robots.

In his words, Elliot claims that BET will join the forces of technology and creativity through cryptocurrency, blockchain and art to make the smartest and most secure artwork ever. We might all be collecting tokens in the form of art next year, but let’s see if we can trust the enigmatic world of electronic money first.